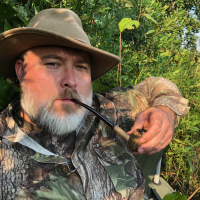 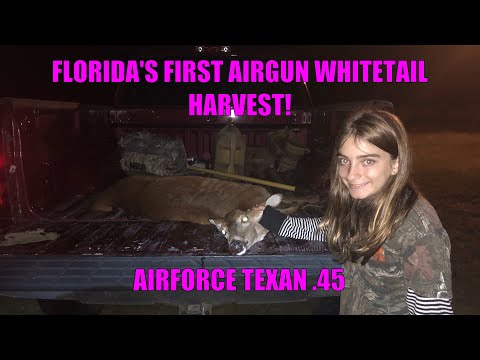 Yesterday evening we let my niece burn a depredation tag and take what I believe to be the first documented, legal, whitetail airgun harvest in Florida. The gun she used is called a Texan made by an airgun company (oddly enough, from Texas) called Airforce. Its a .45 caliber. The load out was a 145 grain 45-70 bullet that I hand cast out of random tire weight lead. Speed of those bullets on the gun's current power level is roughly 1100fps or just a hair under. Shot distance was approximately a bit over 50 yards. The deer took the hit and ran a circle in the thick and ended up crumpling about 35 yards from where she was shot. The shot was a complete pass thru.