Familyfisher Posts: 2,999 Captain
August 2018 in Northwest General Fishing & The Outdoors #1
Wendell and I stopped to get bait and were at the jetties by 8:30 - dead low tide - waiting for some clear water and movement.  My first bait in the water produced a ladyfish that was very big and acrobatic.  Second cast...same thing.  We moved a bit and I started to see the right color water.  That produced the first redfish of the day.  He was small, but fiesty.

I caught 7 about this size throughout the day...anywhere from 11-13 inches.  The water started moving a bit and I hooked up again with something that was pulling drag like it wasn't even aware it was hooked.  It started running for deeper water so I thought it might have been a shark.  About 5 minutes later, it finally showed itself the first time and I realized it was an over slot red.  He was FUN though.  We got him in the net, took a quick picture, and released him unharmed. 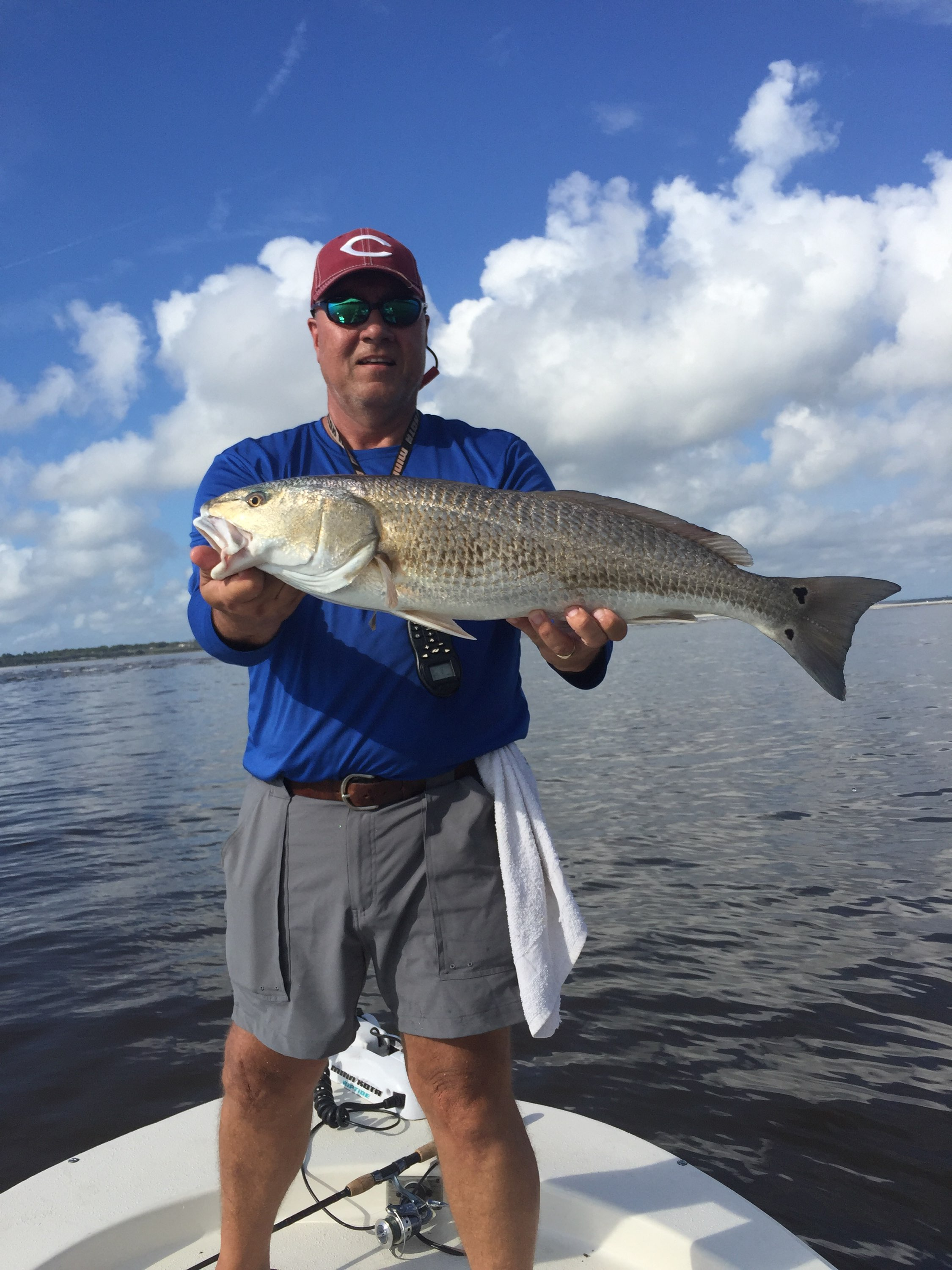 We fished on until almost high tide, but at 1:00. we'd had enough.  Only undersized trout. more ladyfish, 1 short flounder, and a short black drum were caught.  Other than a couple of whiting and some decent sized croakers that is.  Sometimes, you just gotta dance with the one that brung ya.  I kept a few of the croakers and whiting.  We had them for supper last night.  They were delicious!  And just enough for Lora and me with no leftovers.

It was a day on the water with my best friend where everything about the boat worked like it should and we got home safely.  That makes it a GREAT day as far as I'm concerned.