SS Canoe Posts: 80 Greenhorn
August 2018 in Southeast General Fishing & The Outdoors #1
Alarm clock rings on a special August morning. My hometown friend Capt Spencer Reilly  was stopping through to live bait early mornin with me before he continued on to Islamorada. I look at my palm tree in the front yard and its motionless as I had anticipated given the weather pattern at the time. Spencer was runnin late which irked me bc i knee we had a short window to catch bait before the sun rose up. Finally he arrives and we make the short drive to silver palm to drop the skiff.

We worked the bait for 30 minutes only pulling small runners so we make the decision to go back inside and look for some mullet. I hit one of my honey holes and Spencer makes a good cast and nets up 7 nice mullet. I whip the skiff back toward boca inlet realizing that the  early mornin mystic has faded and the hot summer sun is now beating down the way it does.

We clear boca by 8am and lines in by 8:15. We begin out slow bump troll and not but 15 minutes in, the long get bend over, and again. Then nothing I pick up troll and it gets obliterated. In an instant 300 yards come off my avet like nothing and I can start to see my mono backing. The fish finally lets me gain some ground and by this time I had spencer idling me in its direction. I pick up a few yard he dumps 50 for 5 minutes then we reach a stalemate. I’m to the point where im up and down with the fish and gaining. I look down of port and see something disheartening

I look down to port and see a huge grey blob that I know to be the taxman but I’m not convicted I’m actually hooked to him. I work the fish up some more. Half of me is heartbroken because I think it’s a shark but my fishy half tells me there’s more at play than what meets the eye from 60’ below. What I’m fighting is now 30’ down off starboard and I peek over to get a second opinion. I see the shark swimming uninhibited so I look in front of the shark and make out the silhouette of a purple and huge ono!

The shark was now trailing my fish nosing it as a snook will a mullet, but wouldn’t commit to biting it.
I keep cranking and eventually get the fish boatside as Spencer stood with the gaff hook ready to strike. Almost in gaff range and the shark grabs the hooked fish. Naturally I try to pull it away with the rod and wouldn’t you know it my rig breaks and I’m no longer connected to this wahoo by any means. As fast as I’ve seen someone move, spencer gaffs at the shark trying to pry the wahoo out of his mouth. Immediately the sharks demeanor changed from eat mode to survival mode. A big tail thrash  and  As quick as he came he was gone. Wahoo in tow (so we thought). In all the madness spencer lost his hold on the gaff and dropped it into the ocean.

We had just lost the biggest wahoo we had both ever seen. We looked at eachother amazed at what just took place . I pan back to the ocean and saw something ill never forget. Ol Scissor lips come bobbing up followed by the rest him right next to the skiff. Mind you this is probably 4 seconds after the shark sped off so I’m half expecting another visit. I really didn’t care. instincts kicked in and I grab the big beast by his tail and with the help of my good friend Spencer, heaved the behemoth aboard. Back at the ramp by 9.

The wahoo was served grilled, ceviche, rolled sushi, sashimi and seared. It fed my friends and I for a week! 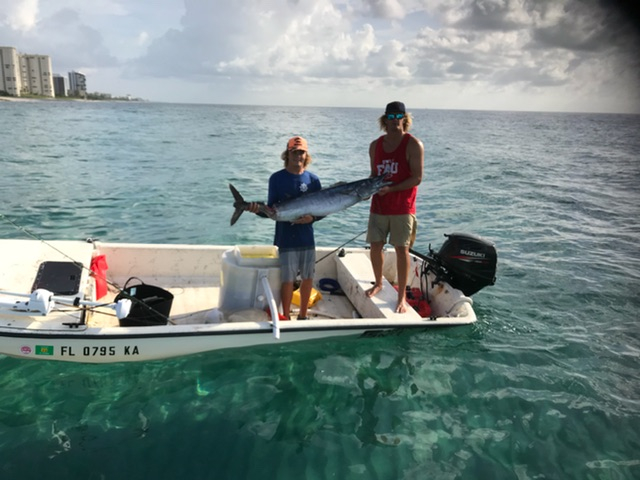 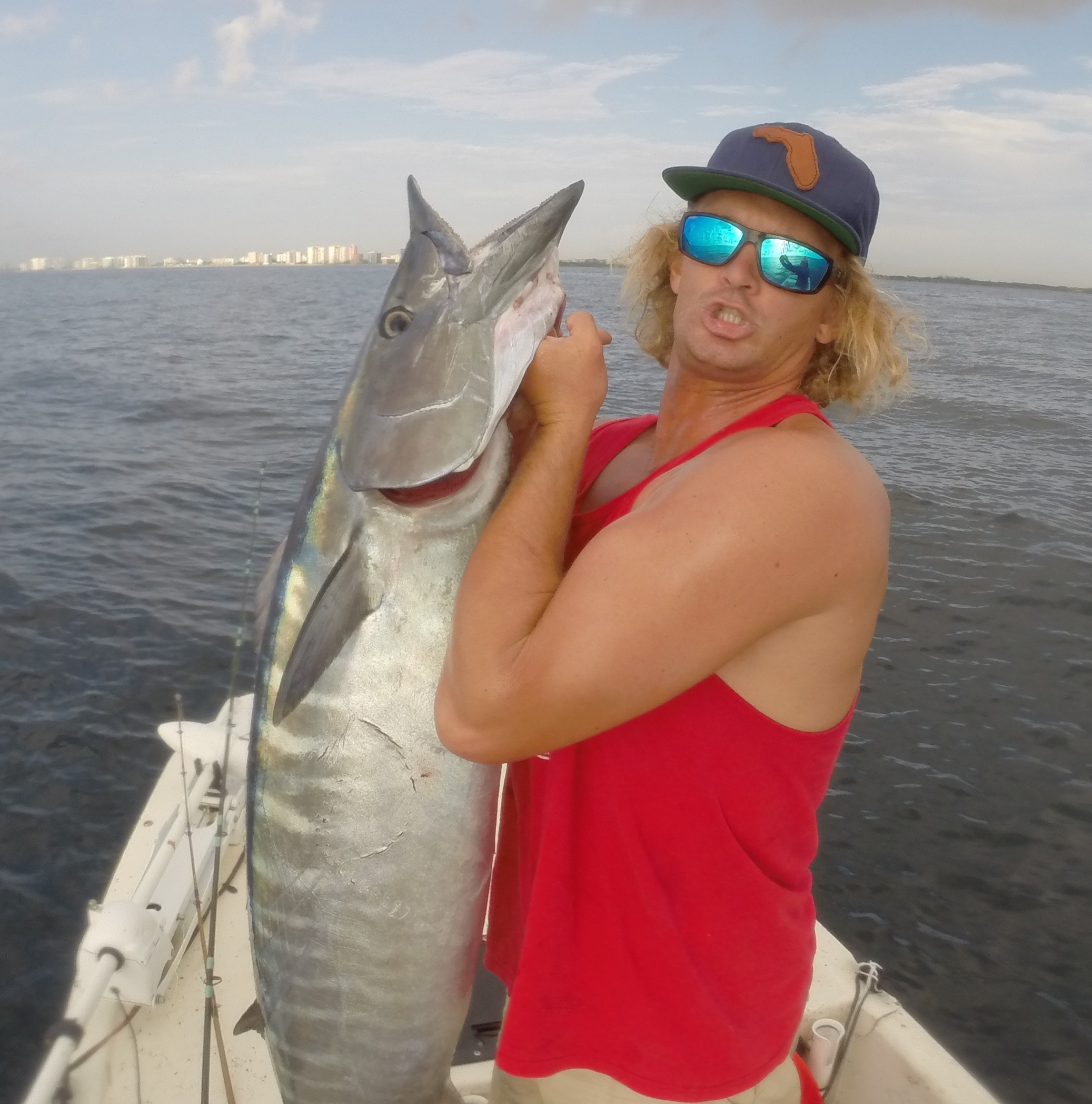 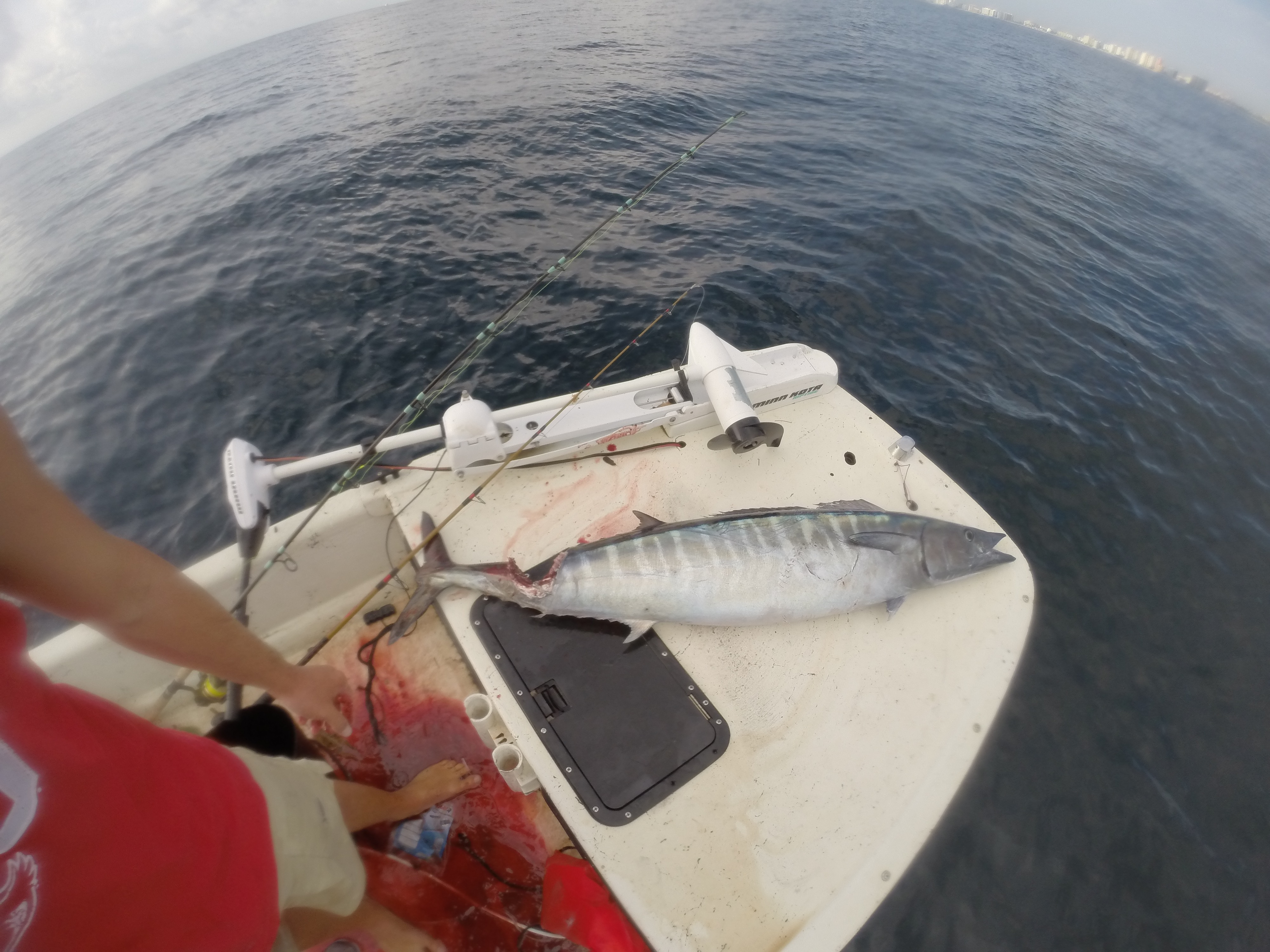 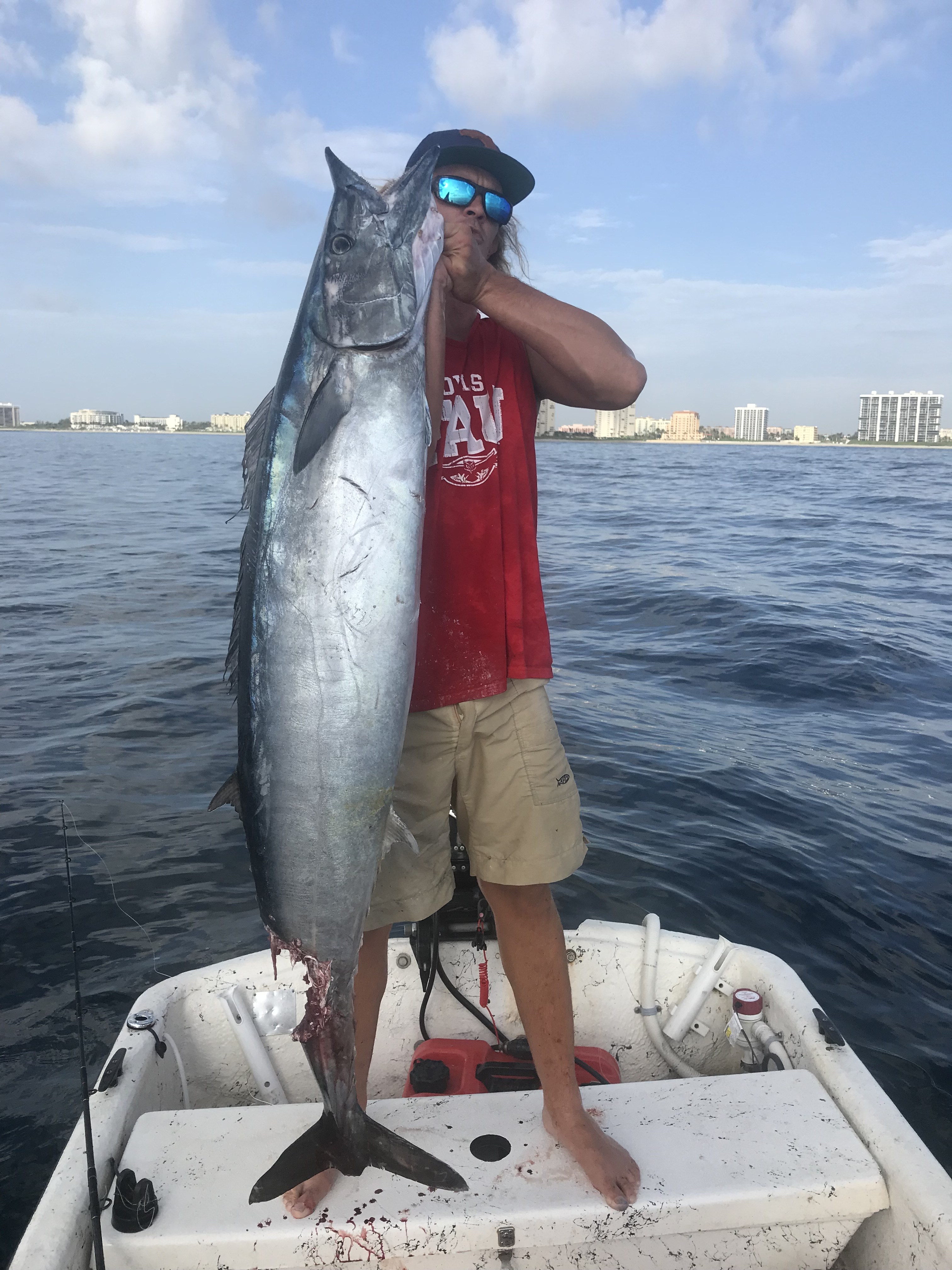