Glad to be Back!

If you wondered where I’ve been I am pleased to announce I’m Back! I took ARS season off but have returned to just in time to get in on some Gag action and welcome in AJ season which is only days away.

My first trip back was the full Moon 44-hour trip. Since this trip leaves at 10:00 AM I came down on Thursday and teamed up with my Buddy Omar to catch bait. After a couple of stops and a few hours we had enough bait so time to get some rest and head out in the morning. Tip: This time of year, in order to keep Pin Fish fresh, you must keep the water fresh and cool. I recommend changing the water just before you quit for the day. To keep it cool freeze a gallon of water in an old milk jug. Place the jug in the water. Make sure it isn’t leaking as to much added fresh water could be a problem.

We started around 9:00 PM in calm conditions with a ripping current that would be a challenge most of the trip. Since I’d missed Red Snapper season I predicted I’d catch a ‘Big One” this trip. Sure, enough on the first drop I got slammed! I reeled up an ARS at least 10 LBS. It would be the first of many caught during the trip. I was hoping my fellow anglers would have done a better job of thinning them out. Perhaps they aren’t as endangered as we have been led to believe.

The Mango bite was decent all night although it never would get to what I’d call chewing. The size was above average and I managed to land several in the 5-6 LB range. The best stop of the night saw not only large Goozers but some of the biggest Yellow Tails I’ve seen outside of the Bahamas.  I caught one in the 5 LB range but the guy next to me landed one that had to be 8 LBS.

Overall the night bite was solid and I had mixed feelings about the pending sun rise. I knew I would have a better shot at a Gag but I also knew it was going to be a scorcher. Both proved to be true as shortly after Day break I put down a Big Pin and BANG! Big fish on. After a few tense moments I cranked up a nice Gag in the 15 LB range.

As predicted the day was extremely hot and standing at the rail during its height was more than many could handle. The bite throughout the day saw a very specific pattern. Either no bites or a quick flurry and then it would stop as soon as it started. One technique I use in these conditions is to soak a big live bait with the thought there might be a home steading Gag that will eventually give in to temptation. During the day I had three big hits that resulted in two break offs and one rock up.  I guess I am a bit rusty.

Fishing the Summer months in Florida can be a challenge but, it can also be rewarding with a little planning. I suggest if you fish an overnight trip make sure you get some rest on the way out as your best fishing is generally at night. As I like to say “If you want to catch the fish of your dreams you have to fish while others are dreaming”.  Also stay hydrated and suck up some AC between stops.

Time to rest up and get ready for some “Reef Donkey” Action! 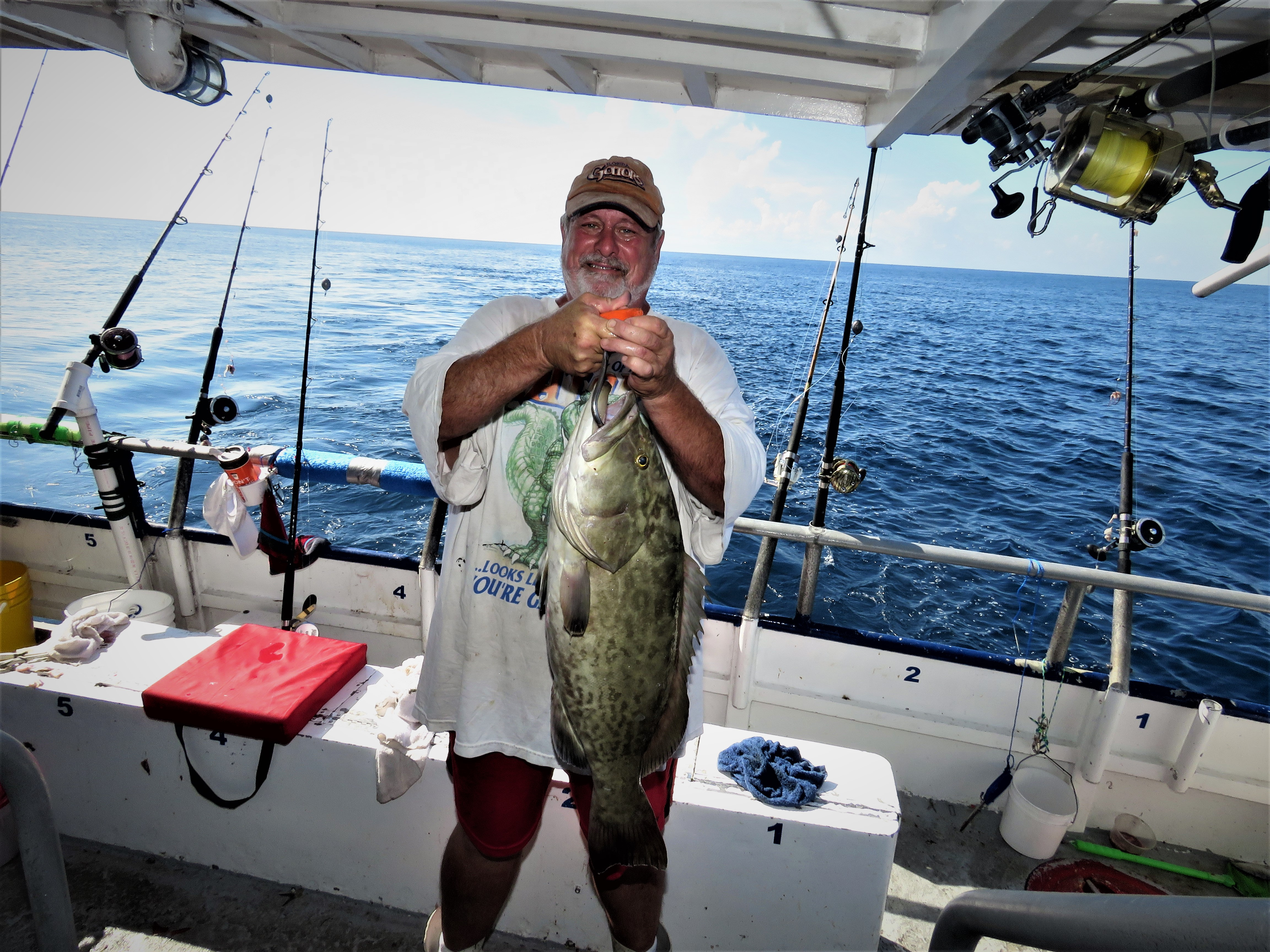 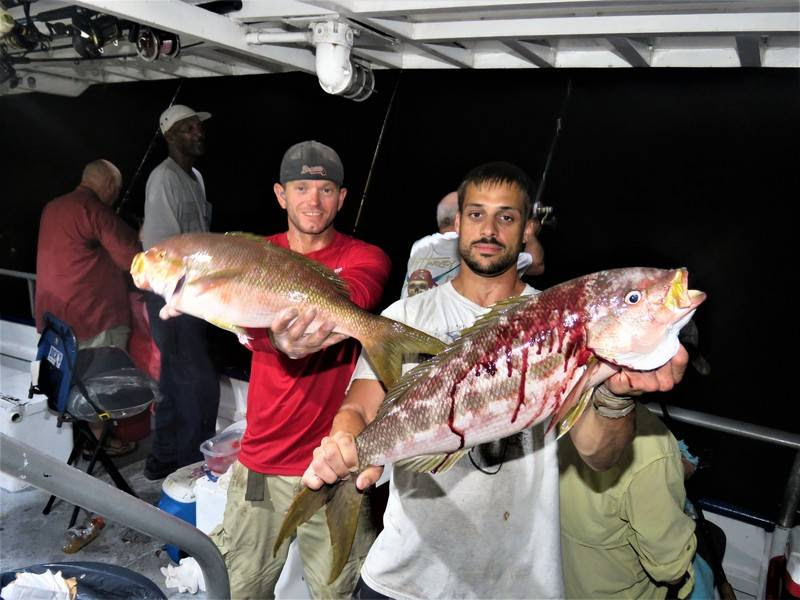