John McKroid Posts: 3,095 Captain
July 2018 in General Paddle Craft #1
Launched before sunrise to make bait then headed out to 150ft to put out a couple of live ones.  By 8am I had my limit of nicer sized King Mackerel 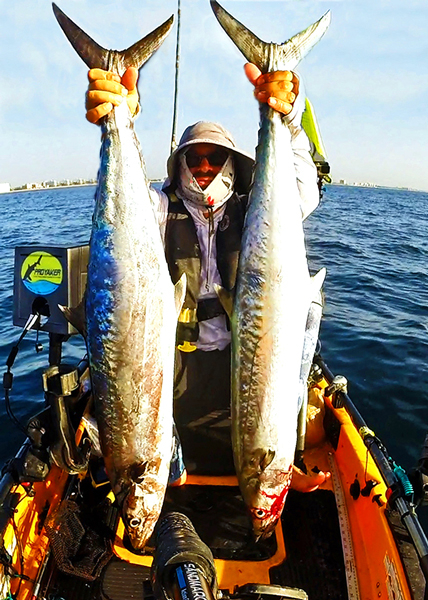 After that, I headed out even deeper to try to find some Blackfin.  I had many meter marks but few biters -- to my surprise the thick Little Tunny that had plagued me on a previous trip were not biting today.  I did not find the jumbo Blackfin I was looking for but caught two footballs that I released to grow bigger. 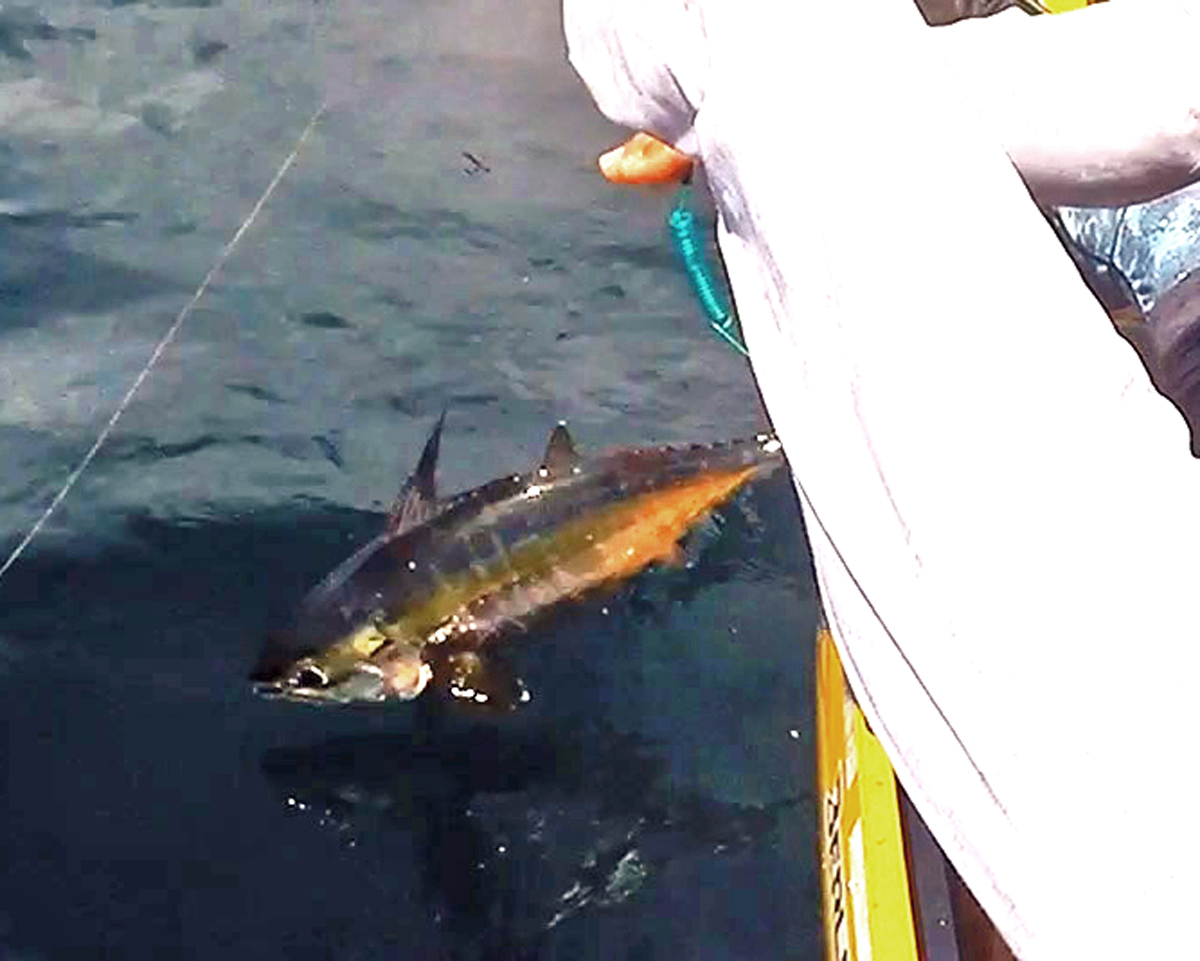 I did think I had a Jumbo at one point, only to find a nice Almaco instead which I released. 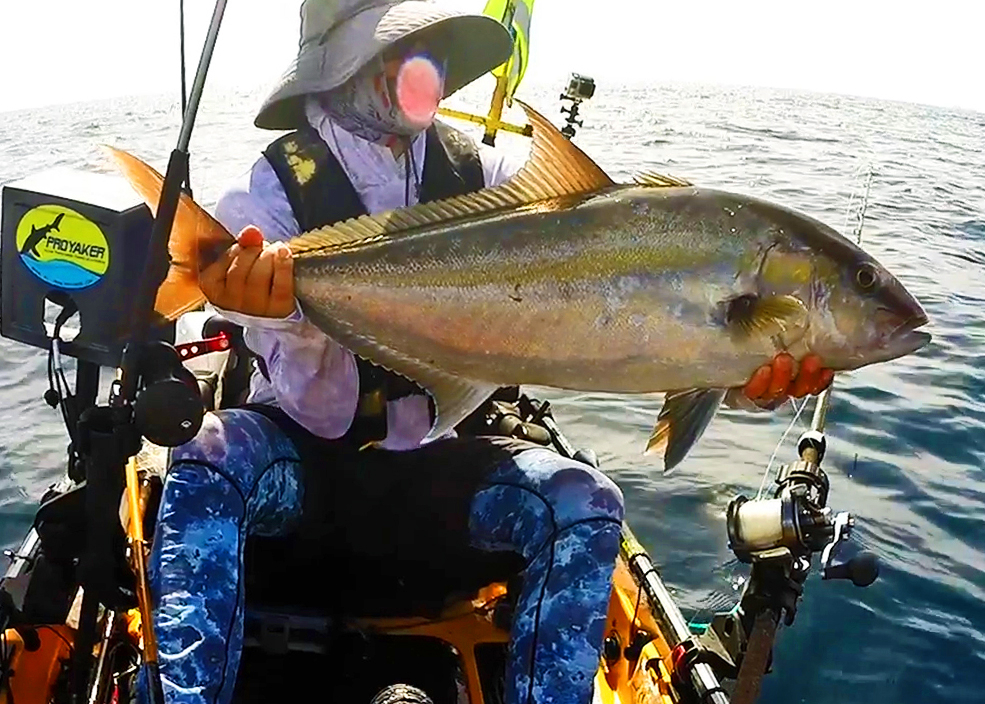 At 12:30 the fish finder decided to stop working, so I called it a day.  On the way in I trolled a live goggle eye which caught another nice king mackerel that I released. 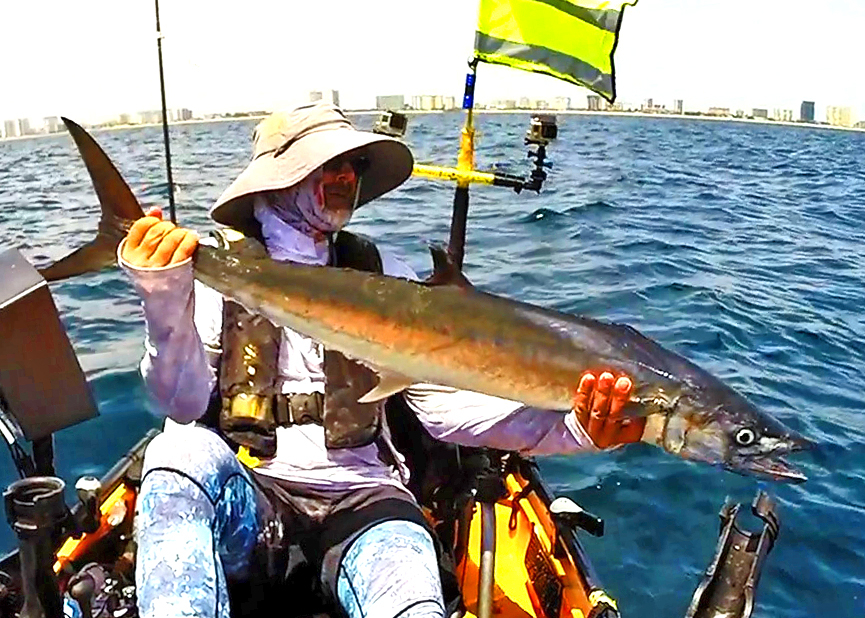 Nice to see a little larger kings out there instead of the usual rats that we typically catch in July.
0 · Share on TwitterShare on Facebook