Mostly scattered weeds under heavy NW winds up around 15-20 most of the day. Released a barely legal peanut and put a bonita in the box for strip bait in 130. Pushed east and found something of a weedline in 225 where we picked up three keepers and 2 cudas in a short window of lighter winds. Also had an extremely pissed off shark rippin through the spread at one point. Not sure if he was a tiger or a hammer head or what he was after, but he didn't take any of the baits. The mahi were eating everything... feathers, naked chin-weighted hoos, skirted hoos, hoos under a seawitch, and bonita strip under a skirt behind a bird. Finished up the day with a short hit and pulled a hook in about 100 as we were winding in the lines.

No records were set as they were only in the 10-15 lb range, but we did get my buddy his first mahi on his first ever offshore trip. We tallied this trip in the Win category! 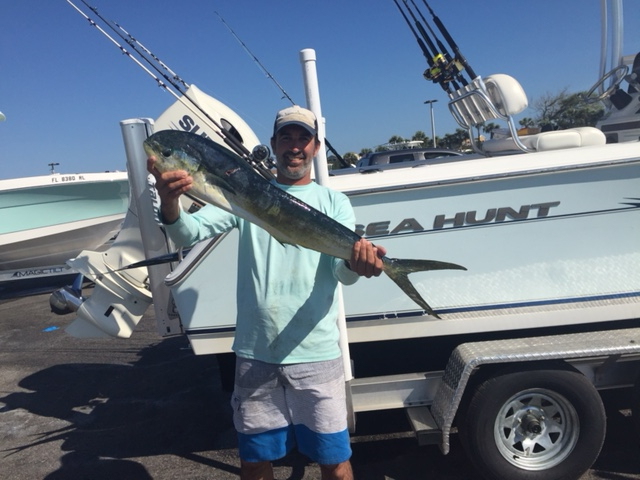 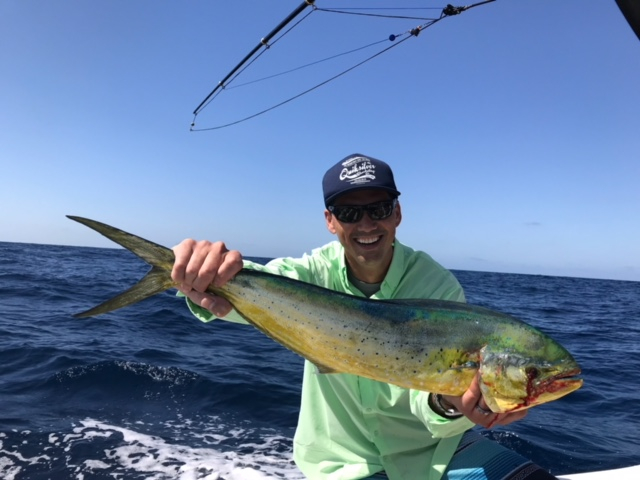