Marlinman Posts: 134 Deckhand
April 2018 in East Central General Fishing & The Outdoors #1
Howdy Everyone. Planned all week to get offshore with the wife with forecast of light winds and 2-3 seas. Broke the inlet at 1000 headed SE for fishing grounds. **BTW, could someone PLEASE tell me what time you have to be at Christenson's ramp on the weekends to get a parking spot...UGH!!! (anyway, I digress). Winds were stronger-sooner than predicted but really wanted to get her on a dolphin. Great weed lines at 115' so stopped and concentrated on them for a while...nothing. Continued southeast and no weeds until 275'...must be popular area as there were a few sportfish and other boats in the area. Broken weeds all around and seas started increasing, and were made worse with strong winds on top. Trolled for a while...nothing...and decided to point back west. Had one strong short bite blind trolling in, and that was it. Got back to 125' and put lines back in around weeds, not long after shotgun rig (pink skirted ballyhoo) goes off. Get sight of fish and see long silver...got excited thinking king or wahoo. Rod goes to Laura and when it gets closer see nice barracuda on the end...biggest ever for the wife. Gave it another 30 mins with nothing and called it so we could get home. Ended with nice barracuda, saw 2 nice sized hammerheads by the boat and close encounters with sea turtles. Great day on the water. 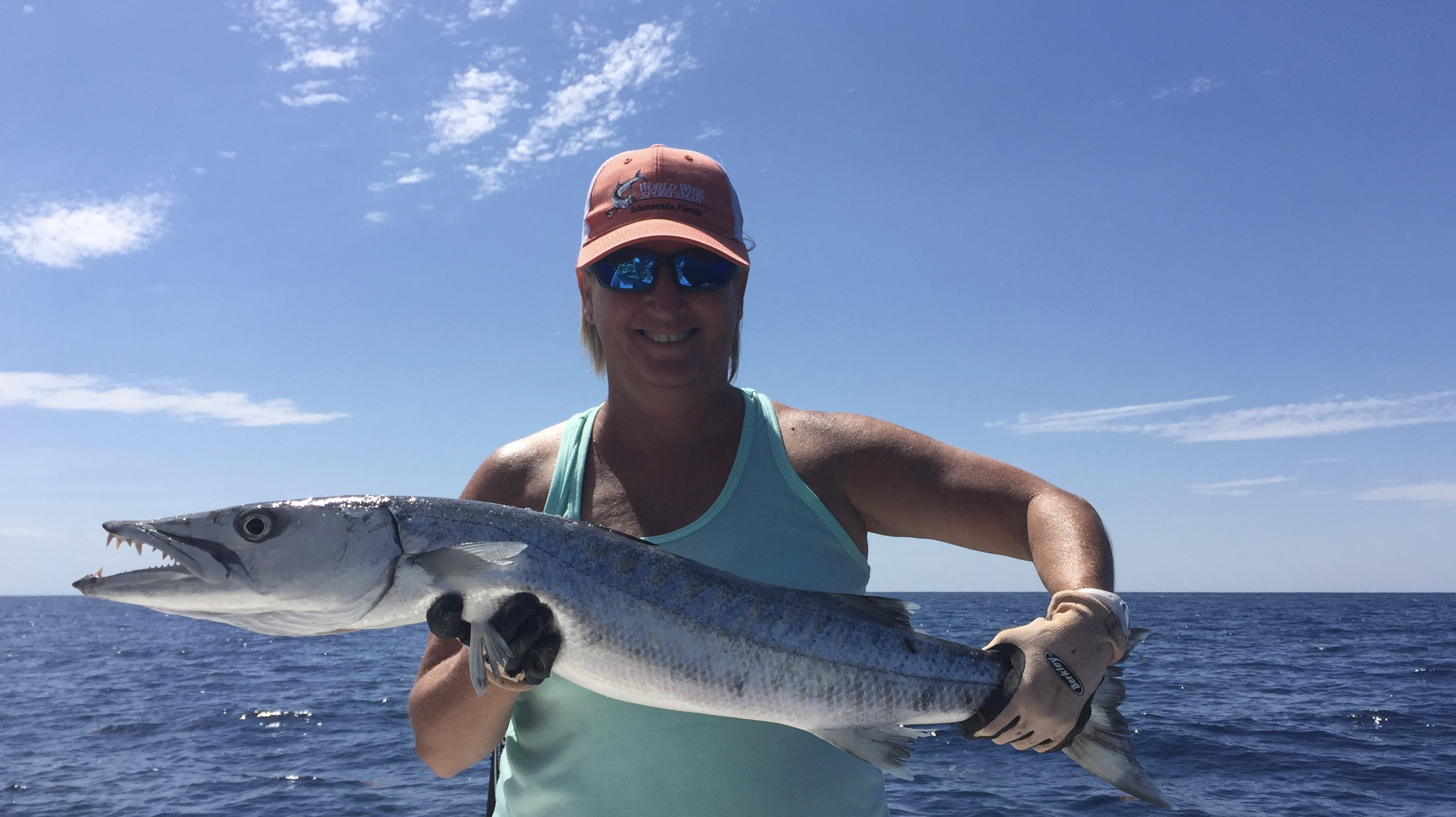