chalmersp Posts: 267 Deckhand
March 2018 in Ten Thousand Islands General Fishing & The Outdoors #1
Early Tuesday morning my friend and I head down south to Choko with the goal of riding down to Lostmans, camping, and riding back the next afternoon. Not too sure what to expect, aside from a stiff breeze the whole time :P

Day 1 - get to the visitor center in Everglades City just as they open, get out camping permits and then splash the boat in Choko. Didnt have much of a fishing plan, just fish what looked fishy on our way to Lostmans via the backcountry.
First place we stopped to fish pretty thoroughly was Alligator Bay, ended up seeing more gators and sharks than we did fish!
Kept motoring south and decided to stop once we reached the eastern end of lostmans river, turned out to be a good idea :P After casting for about 5 minutes, my friend hooks up with a stud 33" snook. Great start to the trip! And confirmed our beliefs in fish being there!!
Few more casts and I connect with a smaller snook, nothing to brag about.
We keep trolling along the shoreline and make some sandwiches for lunch, then head out towards to mouth of the river to see what it has.
Pulled up to a creek mouth right at the entrance of Lostmans, and saw FOUR sawfish within 100' of eachother! Tried to catch one, but no luck. Still a very cool sight

There was a nice westerly breeze coming in that kinda hampered our plan to take the outside to New Turkey Key where we planned on camping, so while we still had plenty of daylight, we motor back up the inside towards the Chatham river. Decided to take a few more casts right around where we caught the first big snook, and boom. Connected with another slot fish. But unfortunately, this one got away before we could get it in the net.
Made it to the mouth of the Chatham river with about 2 hours of daylight to spare, so we fished around for a few minutes in hopes of finding some dinner! Quickly followed by a nice 20" red in the cooler.
Get to New Turkey and string up some hammocks, then light a fire and cook us some redfish for dinner!

The plan was to slowly work our way back to Choko on Wednesday (after the boat was floating again. Plenty of gas to spare, so we ran and stopped wherever looked fishy. We took the Huston river north just for a change of scenery, and pulled a few small snook out of some mangroves. I think the cold weather and northerly winds keeping the water low wasnt in our favor, so we decided to get back to Choko around noon, and fish the oyster bars at the mouth of the Turner River before loading up and heading home.
Turns out that was a good decision... Landed a 26" red within sight of the ramp! Threw it on ice and called it quits.

Overall it was an awesome trip down there, and gave us both some information to build on for next time. Definitely more exploring, and hopefully more than just 2 days down there next time. 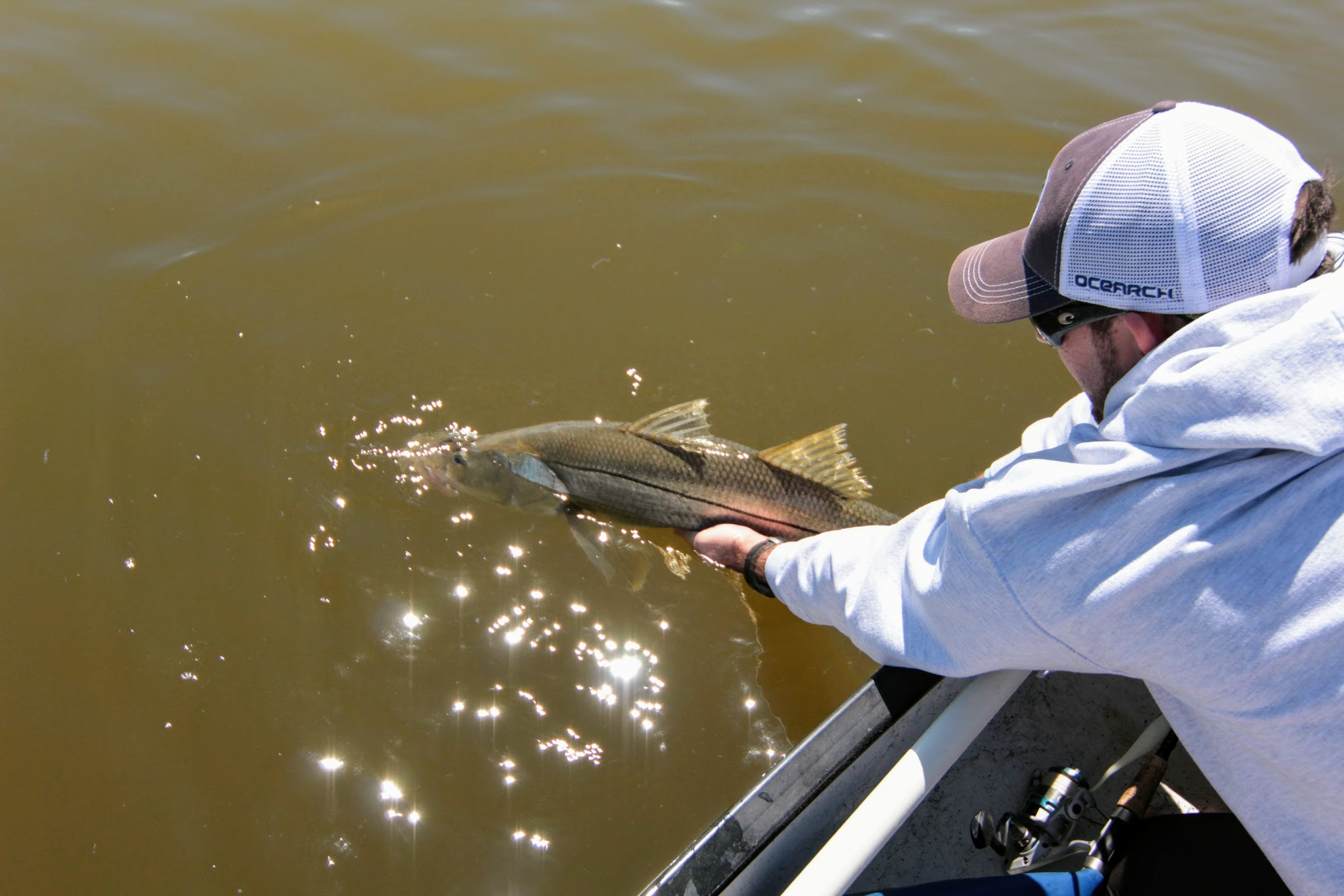 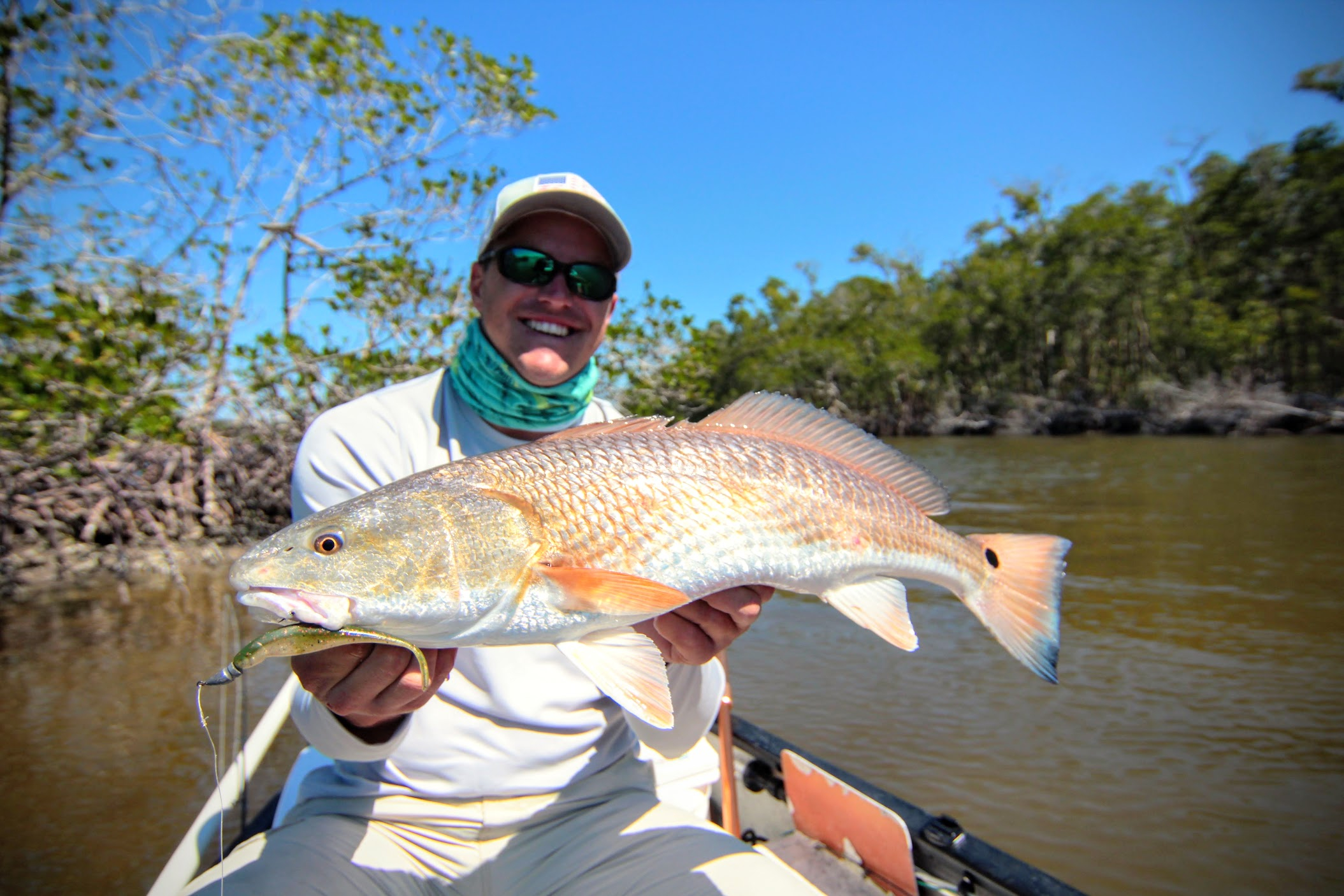 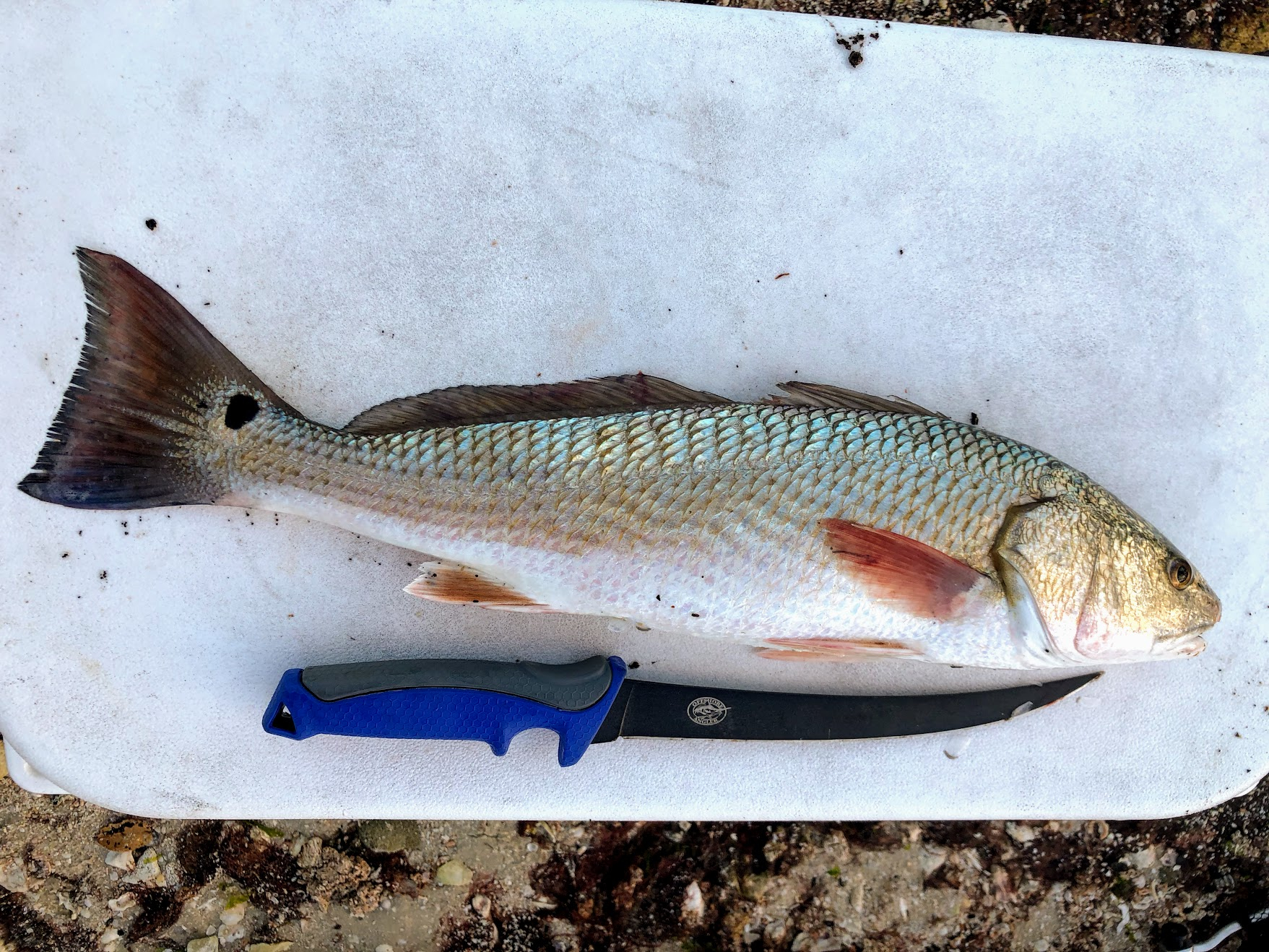 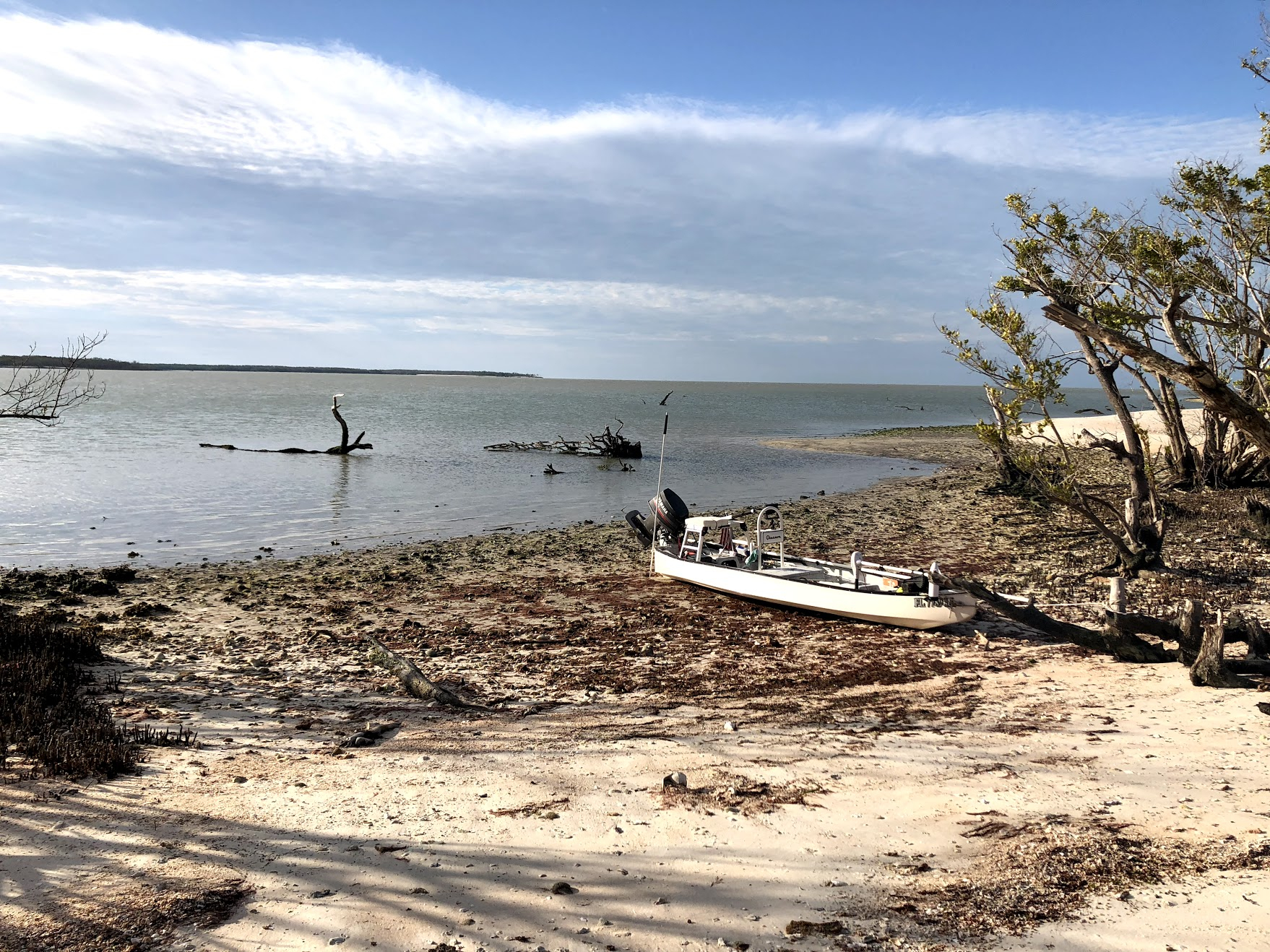 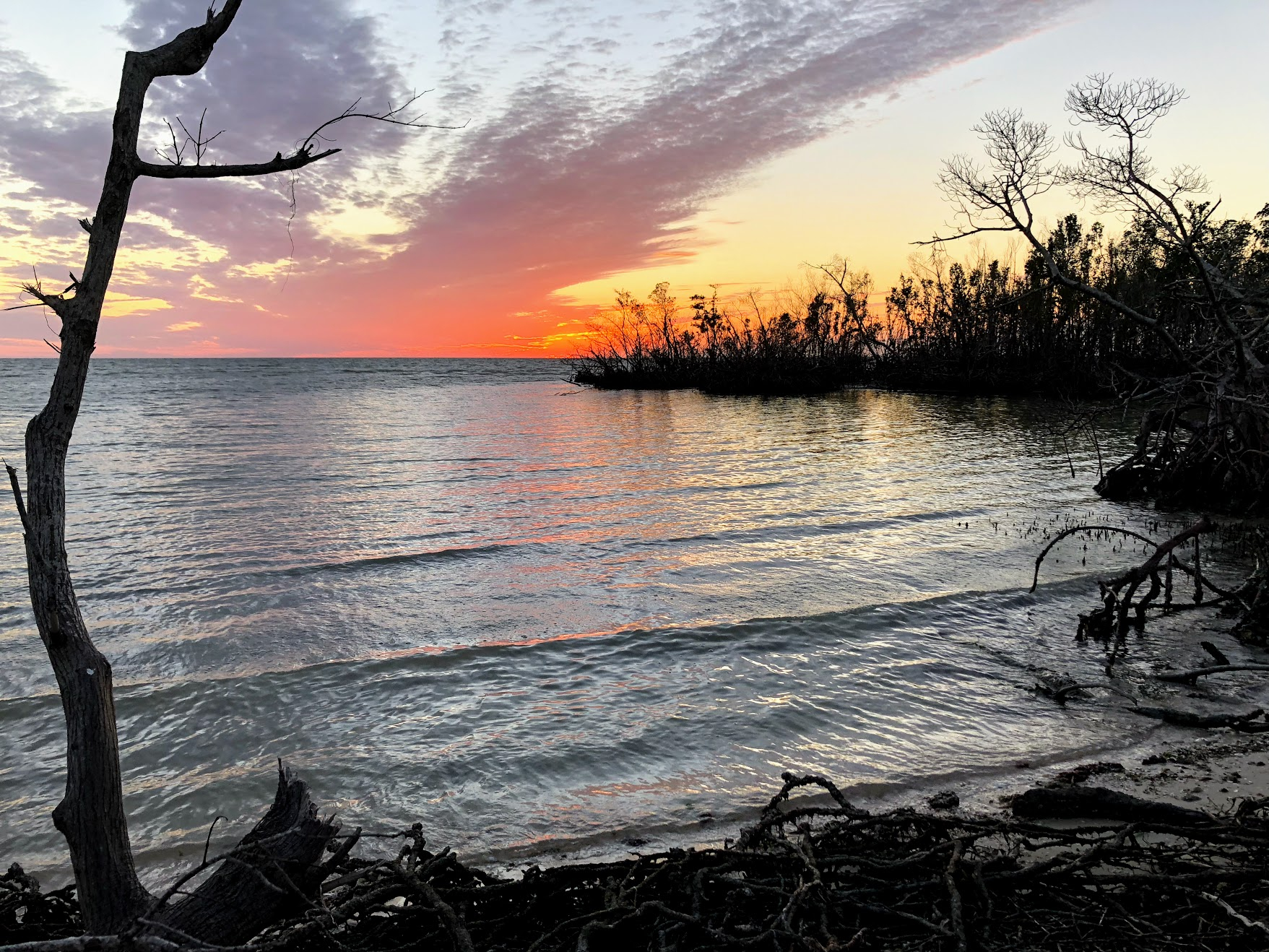