Had the March Lion ready for the Lamb

February and March have been tough weather months, very cold and very windy. This trip was no exception. Trolling on the way out was tough as it was rough and cold. Only the hardest and the most eager stayed on the rail. My buddy “Jig Head” Ed gave it a whirl but even he succumbed to the cold and hit the bunk. There was one major highlight of the troll as one angler caught his first ever Tuna.  He was like a kid catching his first fish which is always a joy to see.

We started out just after midnight in 5’ seas and a wind that for this ole Florida boy seemed like it was coming straight from the North Pole.  It has been tough fishing on the bow these past few trips but I managed to catch a few Mangrove Snappers but, mostly throwback Red Groupers and American Red Snappers. Those on the stern did the best as they were out of the conditions and fishing the most stable part of the boat. Note: Many people clamor for the stern thinking it is the best for catching fish. This is debatable in general conditions as it tends to be the most crowded and the most tangles but it certainly is the place to be in rough weather.  The above catching pattern was much the same throughout the night.

Day break and now we can see just how big the waves are we have dealt with through the night.  They were every bit of 5’-7’ with a few 8 footers scattered in for good measure. Makes you grateful this 70 plus foot Cat is such a stable fishing platform.                         Hoping to weed out the small Red Grouper I put down a large Pin and as soon as it hit bottom BANG! BIG FISH ON! After a few tense moments I reeled in a nice Gag in the 15 LB. range.  I picked on decent Mango after that but decided to switch to a Chicken Rig as there were some nice Porgies, Trigger Fish and Vermilion coming up. Note: A Chicken Rig is a 2-3 staggered down line hook rig with a bank sinker on the bottom.  It can be very effective on general reef fish. Side note: It is a great rig for children as they are guaranteed to be successful. Squid is the bait of choice. As I said I was switching to my Chicken Rig but being the diehard, I decided to try one more big live bait.  I dropped it down and within minutes BANG! I had what I am sure was a big Gag Grouper. I say had is I never turned him.

Throughout the day I picked a few Mangrove’s but I had my best success using the Chicken Rig catching Big Porgies. There were some nice Vermilion coming in as well as Scamp Grouper but my Scamp were under sized and I only caught one Vermilion but it was a dandy in the 3 LB. range.  On one stop late in the day I dropped down a live bait and got hit on the way down. Turned out to be a nice Amber Jack that will be a keeper in May. I switched back to my Chicken Rig but all I could get was Red Snapper. I saw Mangrove’s coming up so I put a small Pin on and it got slammed before it hit bottom. I thought it was likely an AJ but it turned out to be a nice Gag in the 18 LB. range. Undeterred I put down an even smaller Pin and as soon as I tightened up on the line BANG! I managed to crank up another Big Gag at least a 20 ponder. In all I caught and released 5 keeper Gags. June 1st can’t get here fast enough.

Sun set time for one more stop. I decided to just use Threadfins hoping to get a few Mangos. I did manage to get one more but kept getting slammed by the near extinct American Red Snappers. One thing about fishing the Middle Grounds is you never know what is going to happen. While fishing a threadfin I had one of the weirdest hook ups ever. I felt a small bite and started to crank, as soon as my lined tightened I knew I had a Big Boy on the lime. My drag was singing.  The beast rocked me up but I managed to get him out and the drag started peeling off again. Just when I thought I might turn him my line went slack. Reeling in I felt dead weight on the line. My first thought was I’d hooked a small fish that subsequently got eaten by a big fish, to my surprise I reeled in my bait and it literally looked like it hadn’t been touched. My only explanation is it could have been sucked in by a very large Grouper that held the line but never was actually hooked.  Any of you ever had this happen?

Good news the seas have finally let down and what’s left are pushing us home. Time to rest up and thaw out. Next trip is not until the 44hr March 30th as the Spring Breakers are invading which means there will be a ½ Day Bonanza. 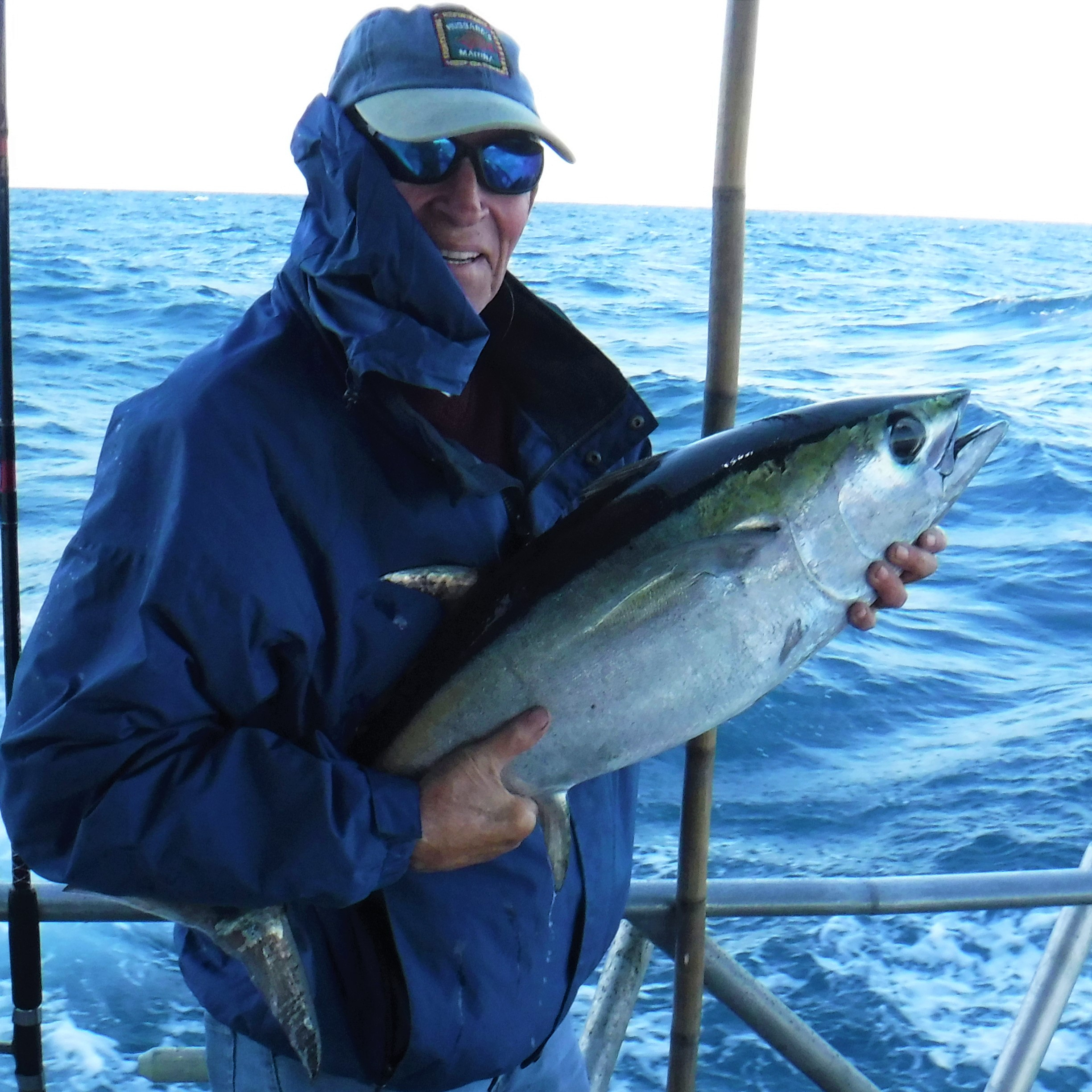 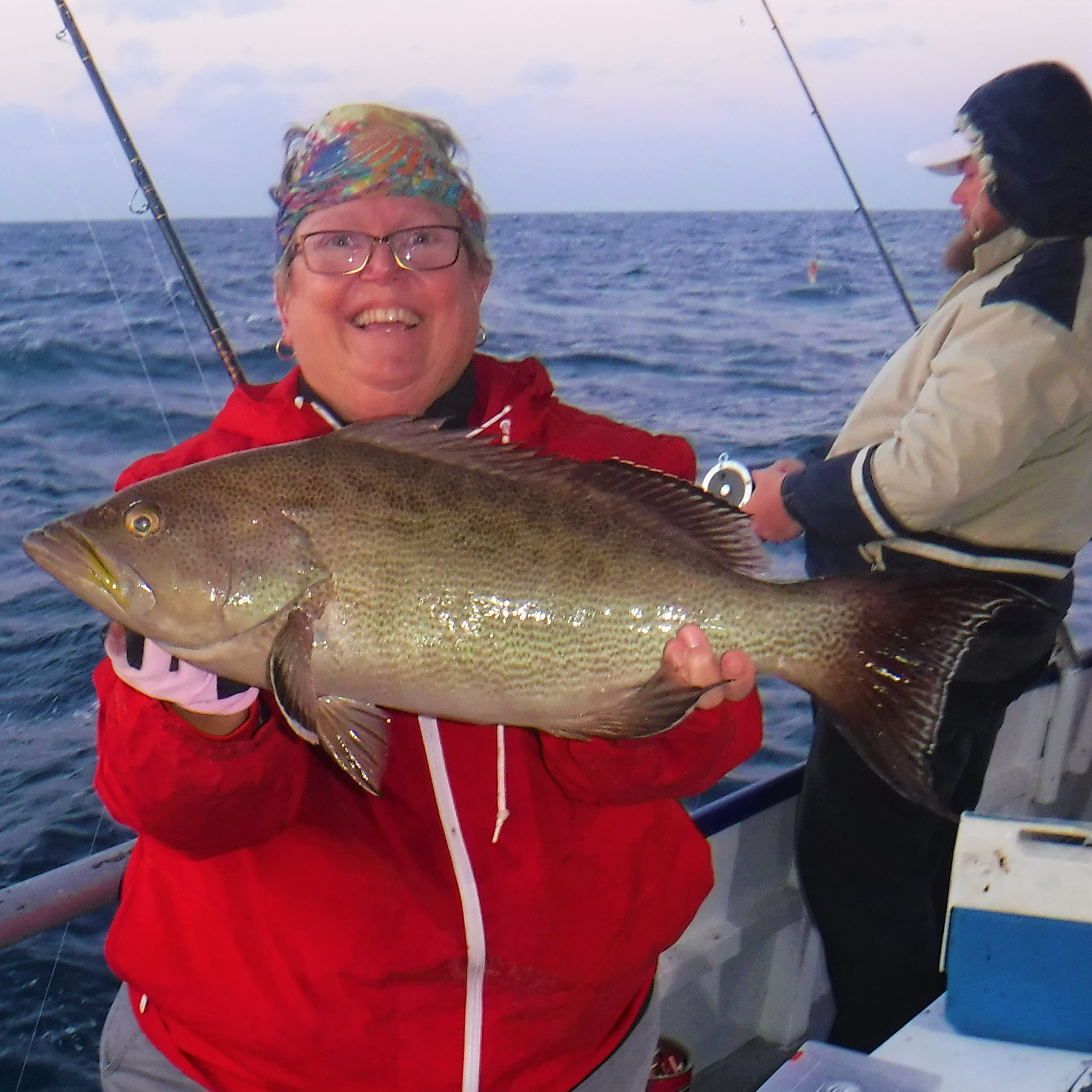 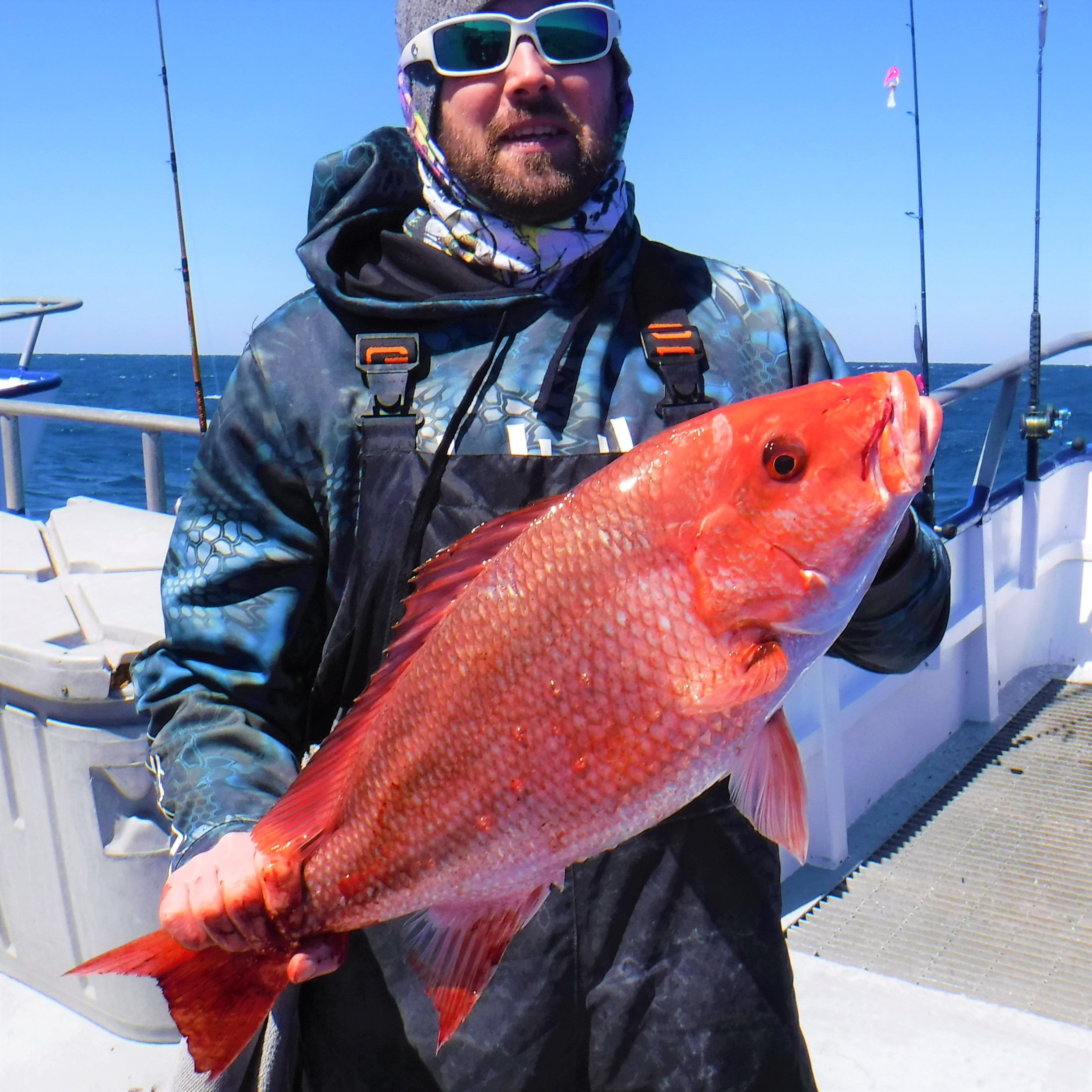 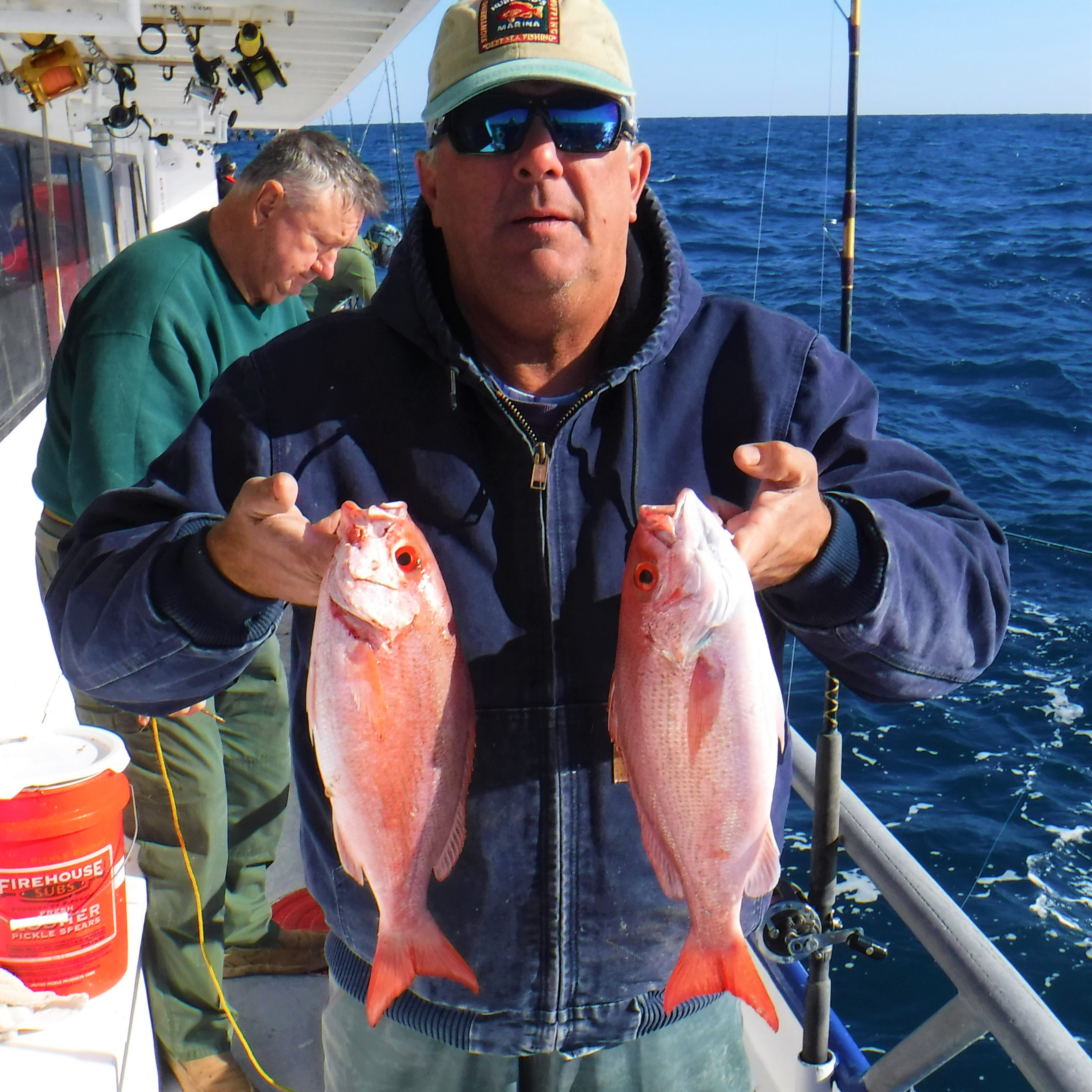 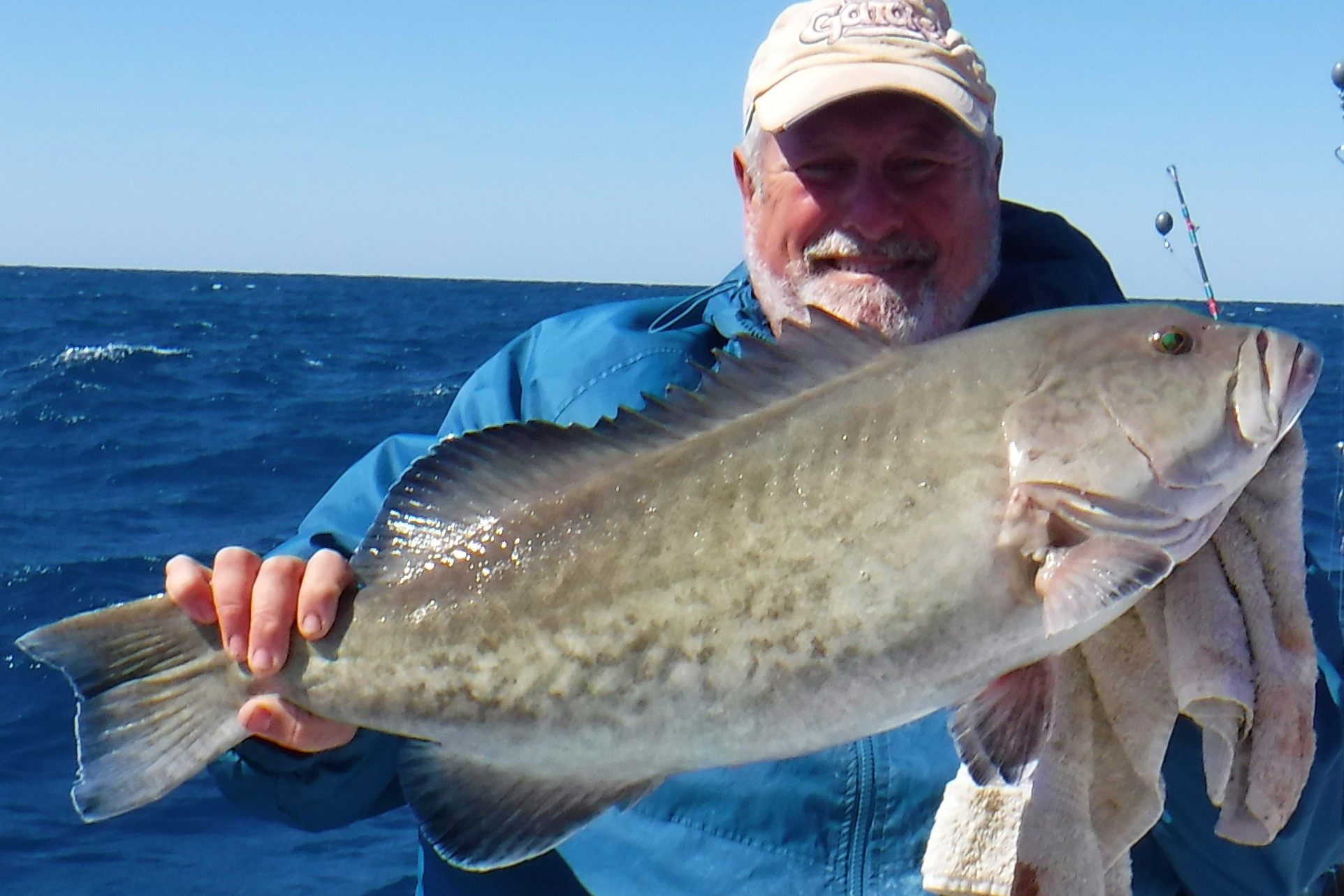 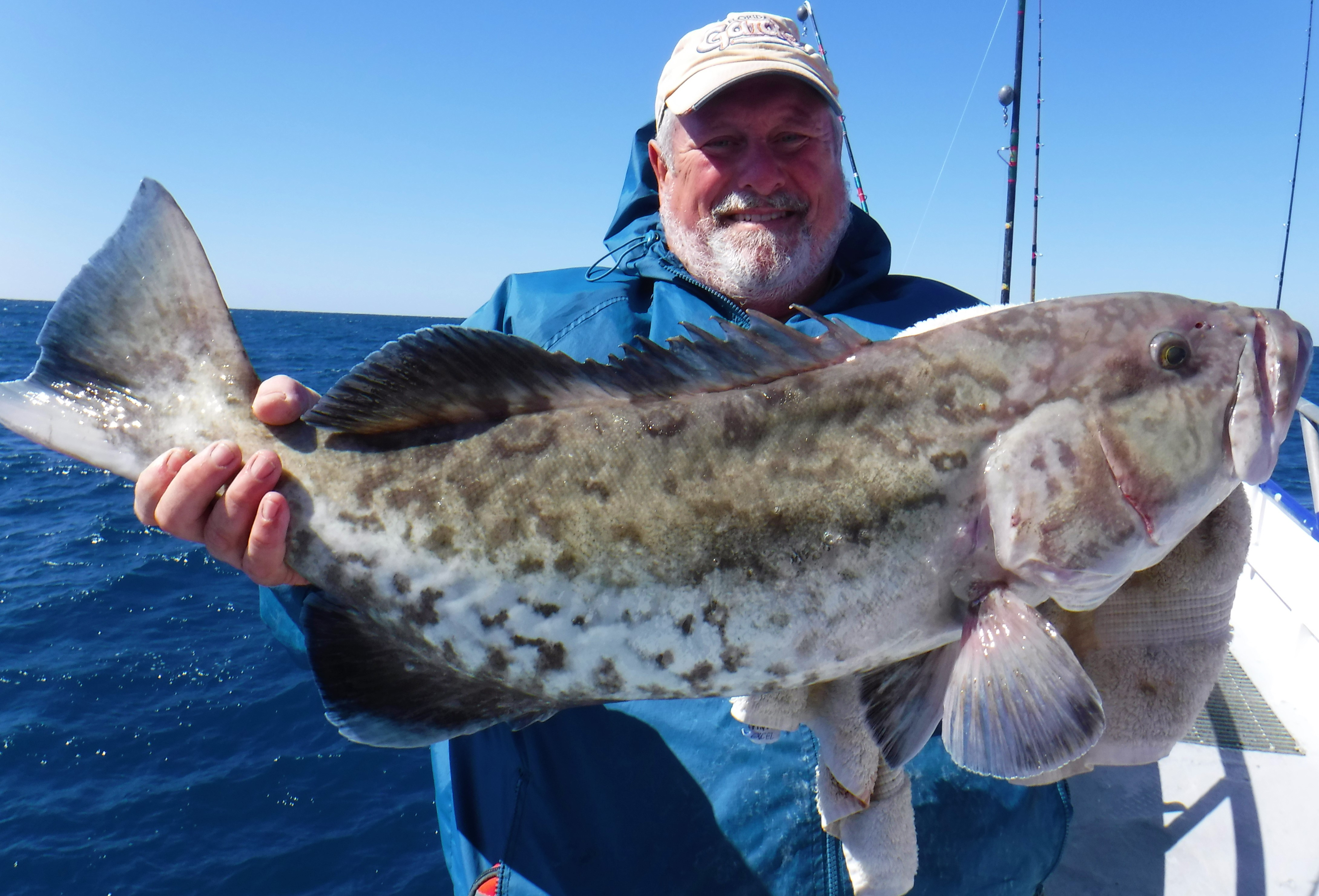