18 Feb 2018 Pompano Beach - This was the last day of a 3 day calm period. I had been out 2 days earlier, and it was slow, catching and releasing 2 barracuda for a full day of fishing. I launched off the beach at 5am in search of goggle eye bait. Bait fishing had been slow, and continued to be, only took 1 gog along the beach and then headed out deeper to look for runners.
Metered plenty of runners, but getting them to bite was difficult. By 730am, I had only 5 baits in the live well, and it was time to switch from bait fishing to fish catching before the prime time bite was over. By 9am, I had burned through 4 of the 5 baits, producing 1 missed bite, a nice Black Grouper, Amberjack and Barracuda. 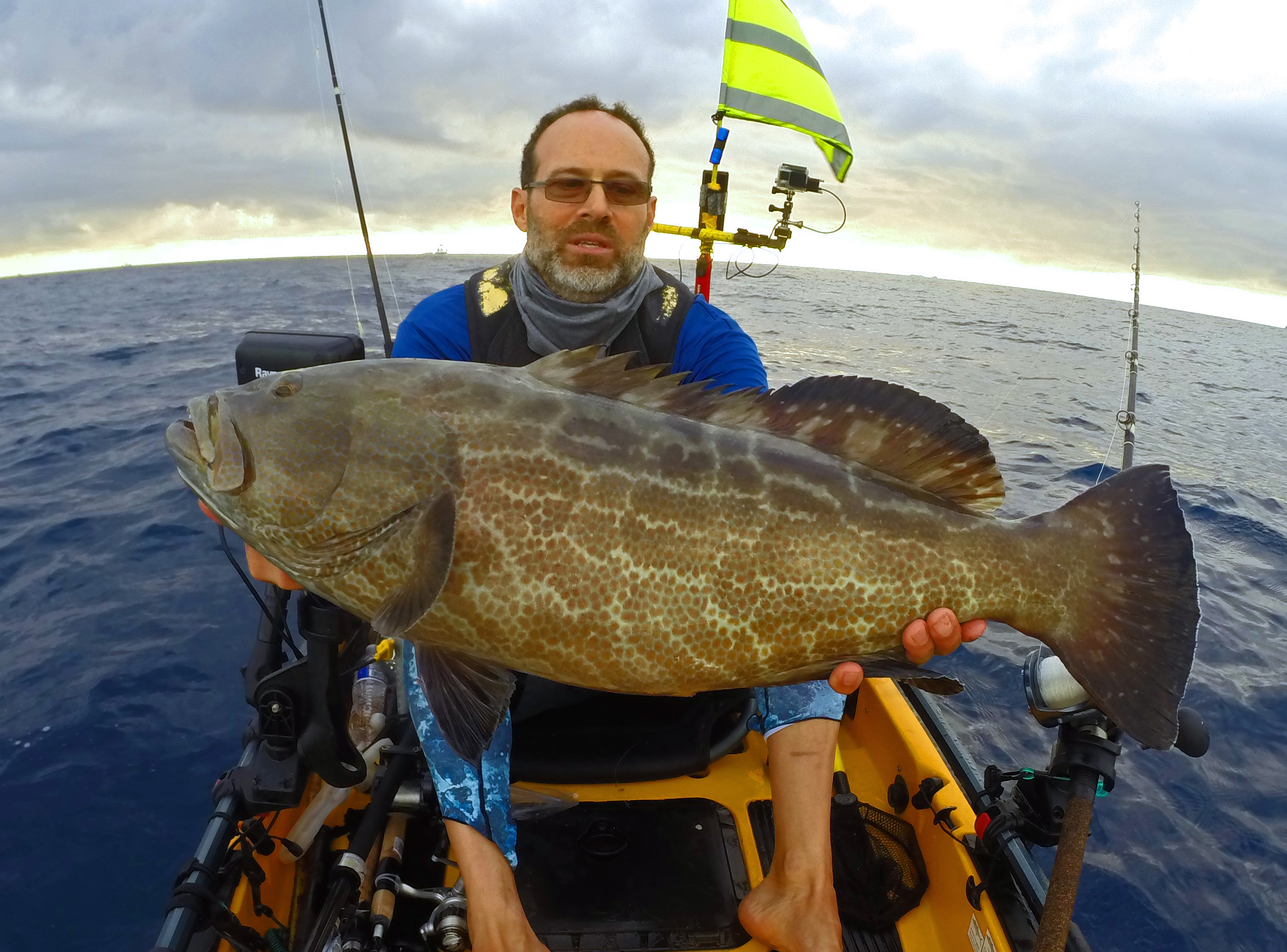 A Black Grouper is a rare catch for me. Even though it was an out of season mandatory release, It made my day ! Not sure where my smile went when the camera shutter clicked, but that catch alone gave the day a sense of fulfillment 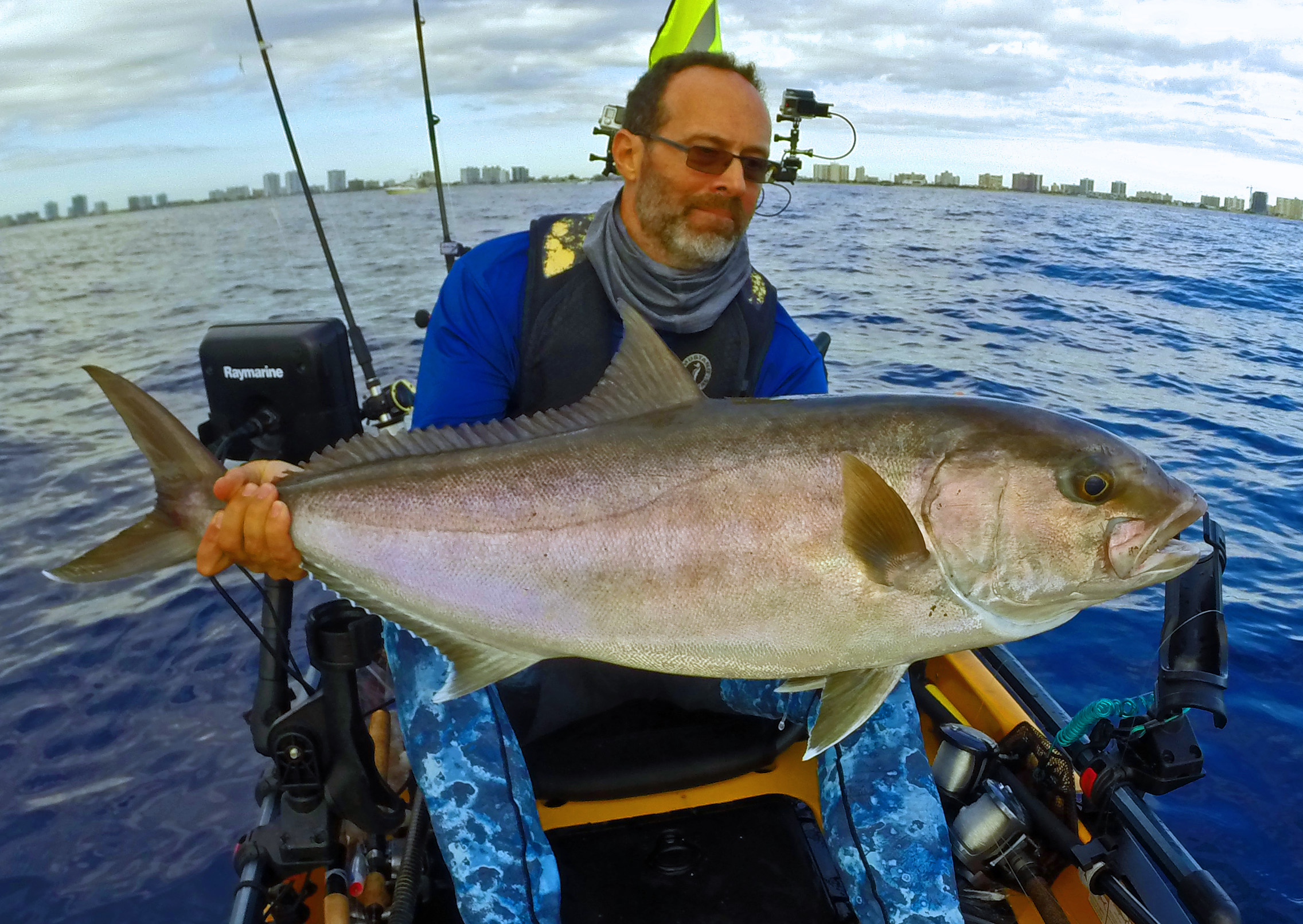 The amberjack ate my 1 live goggle eye on the surface troll in 140 ft of water. It did not head for nearby wrecks,and having taken nice Blackfin at the same exact location, I was salivating for sushi before it made it up to color -- LOL, it was a spoiler. 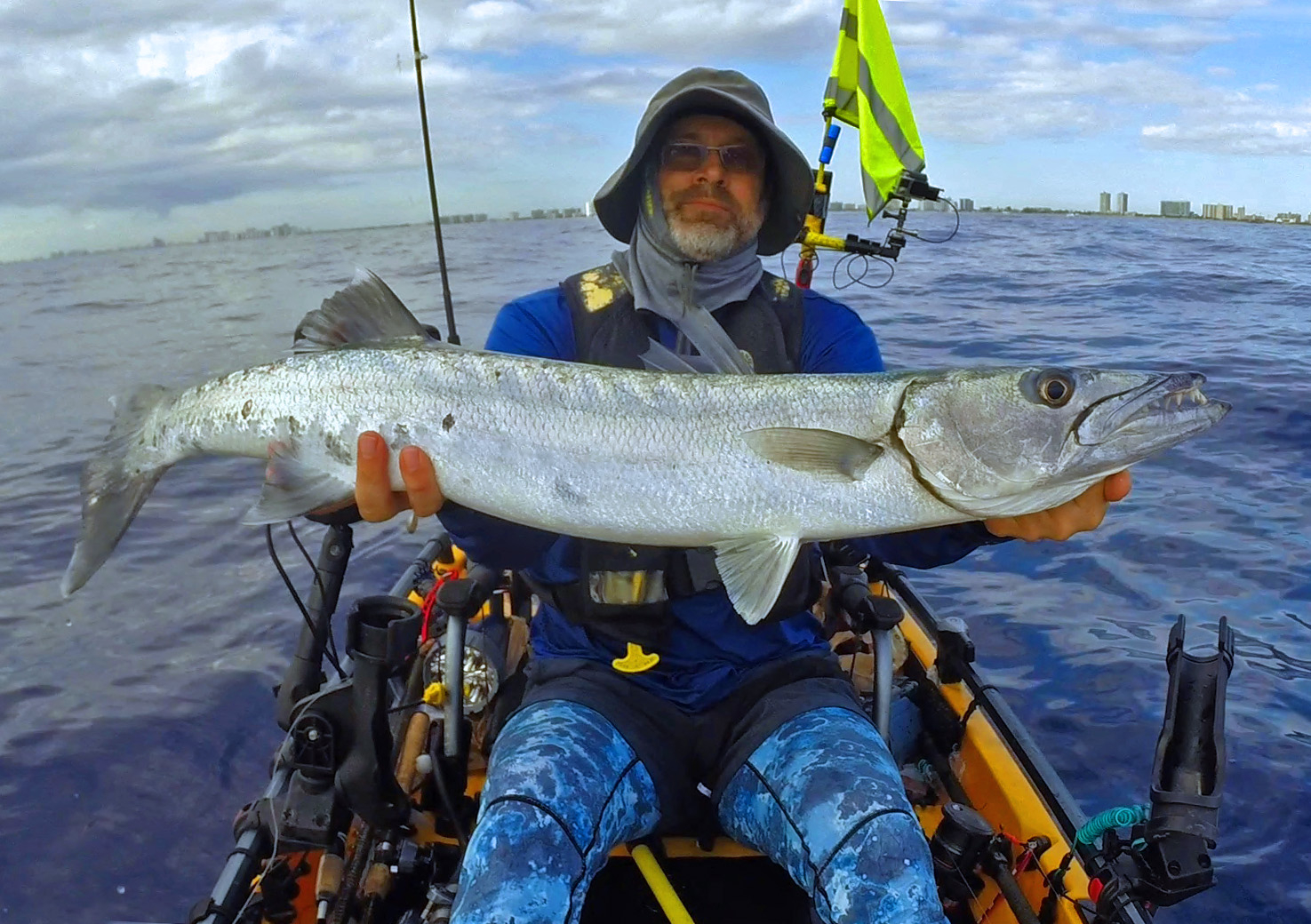 I seem to be a Barracuda magnet.

The last runner was little, and would have been perfect for a small Mahi Mahi. A few kayak barely keeper Mahi had been taken a day earlier, so I was hoping to find Mahi while I went out deep vertical jigging for Blackfin Tuna. I peddled out to 400ft and started jigging while gradually working my way in shallower. I spent a good while on a rockpile in 280ft that frequently produces fish. For three hours of vertical jigging, I missed 3 strikes. One was hooked just 20 ft below the kayak and was on long enough for be to tell it was a tuna, but dinner was not to be.
Tired of jigging, I trolled the last bait back in to 100 ft where it was inhaled by another Barracuda. 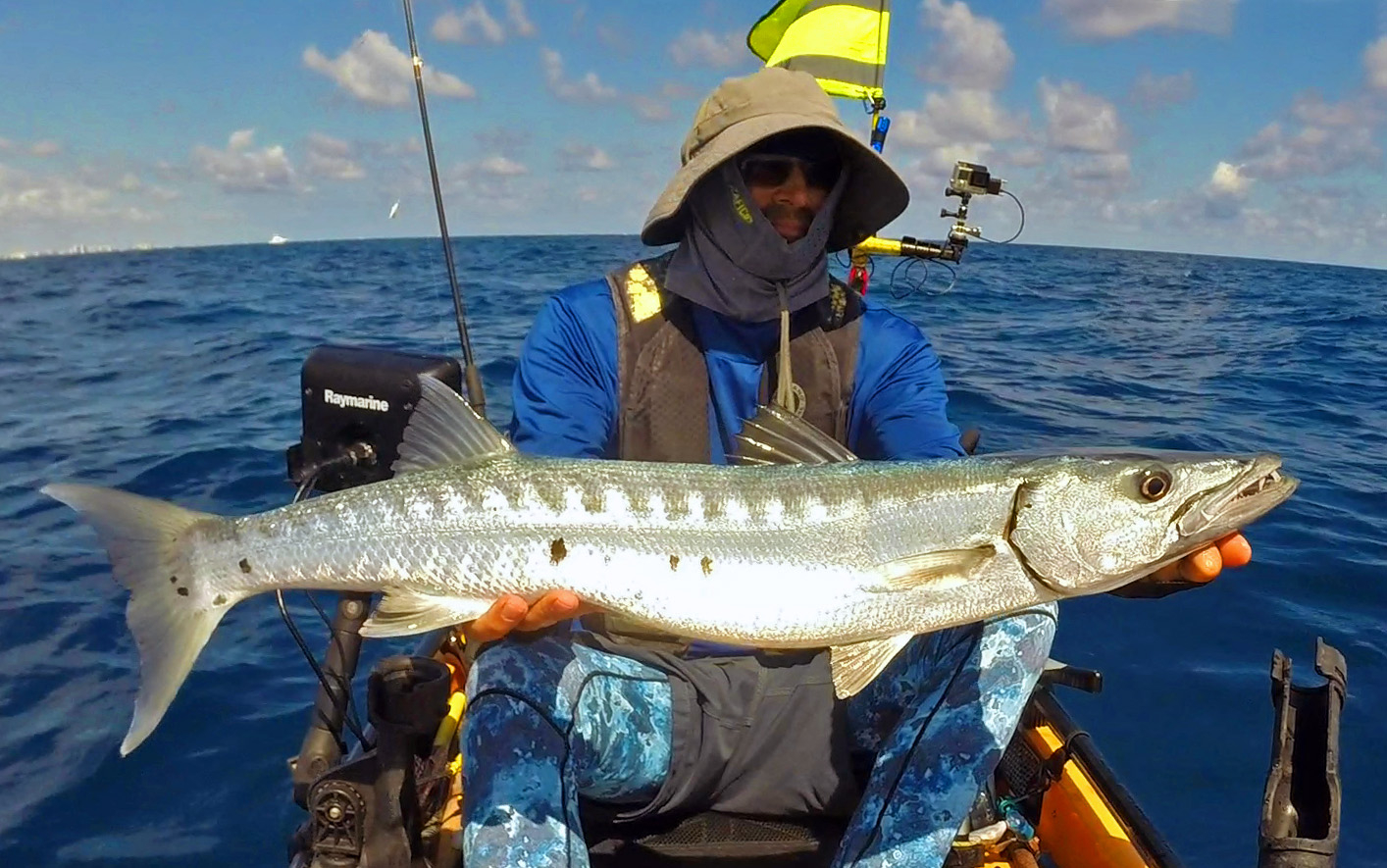 Having only taken fish on live bait, I again tried to entice some runners to bite. Even using baited hooks, They had lock jaw. Instead , I caught a colorful Wrasse. 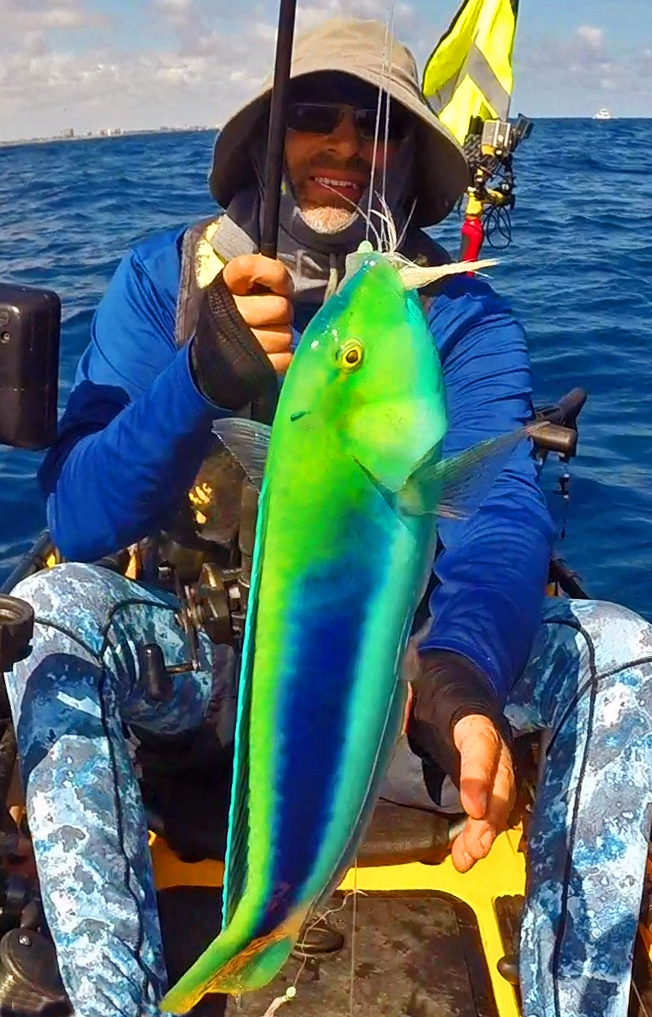 After unsuccessfully trying to catch more bait, I headed out for 1 last shot at vertical jigging. The wind had kicked up, it was a little bumpy. Sometimes the wind will blow in a weedline loaded with baits that get the predators biting. That was not the case. After another hour of unsuccessful vertical jigging, I headed in and called it a day.** ** All fish were released****, pity the grouper was out of season