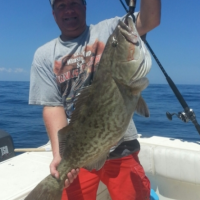 This new format is going to take a little getting used to.
Maybe just me but it seems harder to look at
Kinda like a white blur and No sig pics - Anyone else