kmagnuss Posts: 3,237 Captain
November 2017 in Southwest General Fishing & The Outdoors #1
Decided to see if this little warm front moved the fish back to where they were a couple weeks ago and went into Charlotte Harbor tonight in search of some tarpon. Go to the spot on a great incoming tide and 72 degree water temps. Pretty calm NE wind. First cast with a purple baitbuster and landed a ladyfish. Not a tarpon but I kept it for bait. Couple casts later, same thing. Couple casts later, same thing. Well I have 3 ladies in the baitwell now and a dead baitbuster (totally surprised it lasted 3 ladyfish... normally it's only one ever since they started making the lures out of wet paper bag). So now I know there's ladies here and I don't want to catch any more, but I figure tarpon might be eyeballing the ladies (if they're around)... so I switch to a big ole white Hogy paddle tail on a 1 oz Barbarian jig head. Get crushed about 5 casts in but missed it. Cast to the same spot and get pounded again... missed again. A few minutes later I saw a really big boil on the surface so I casted over it by about 20'... let the tide bring the Hogy back into it... BAM. Tarpon in the air! About a 50 pounder... got a couple jumps out of it but it broke the leader. Dang. Fished about an hour longer until my next fish... a 38" snook that was sitting on the bottom. This thing had a 20" girth! She was a pig. Caught on the big ole' white Hogy paddle tail. Released to go make more big shouldered line-siders.
Maybe 10 minutes later I see another big boil on the surface... repeat the same procedure as before... fish on! This one's a little smaller than the other but still a fun fish. 40 pounder. Fought for about 5 minutes and made a quick release.
Water temps are good, clarity is good, tides are good, catching tarpon and slobs is good... go fishing. 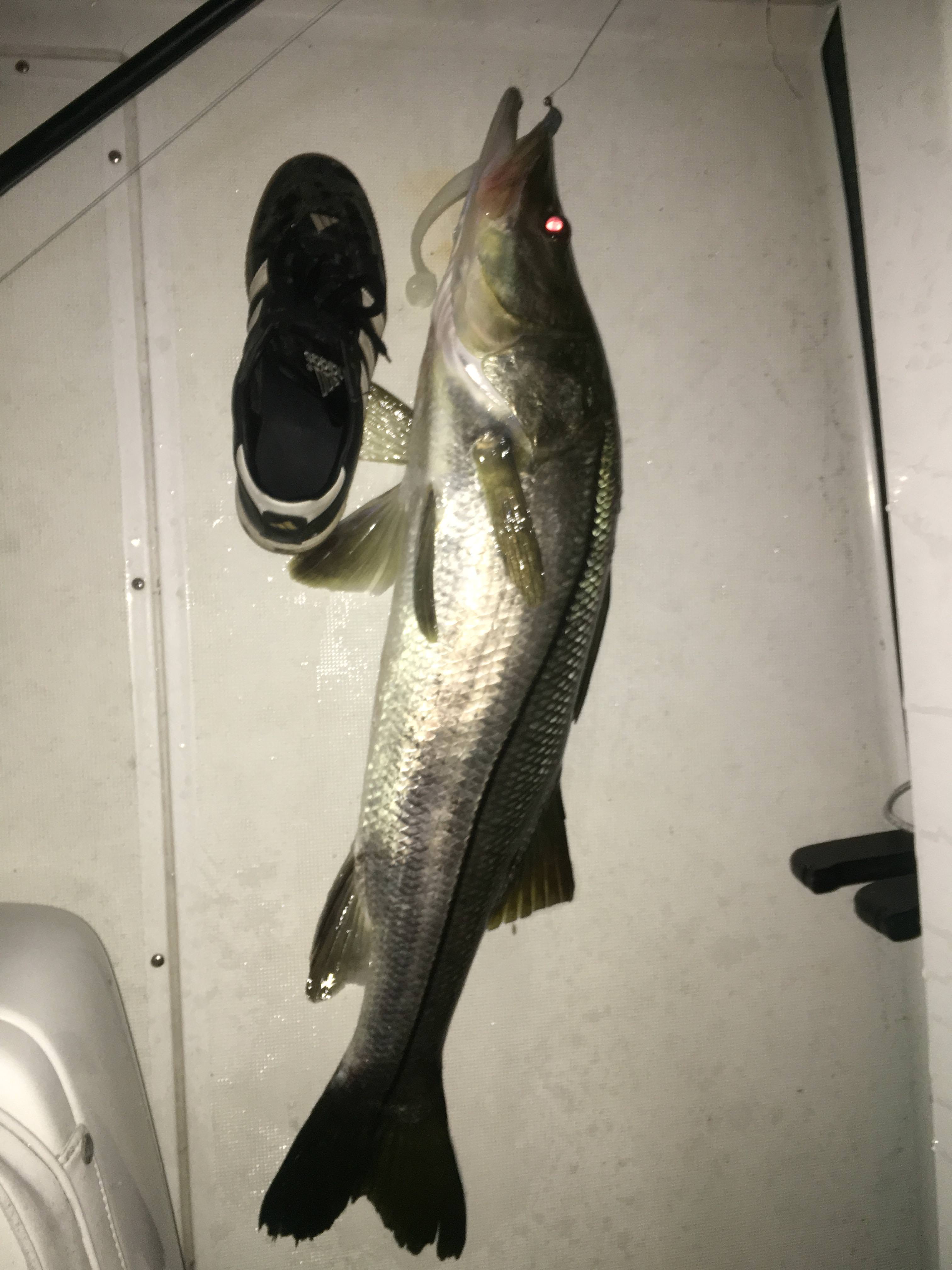 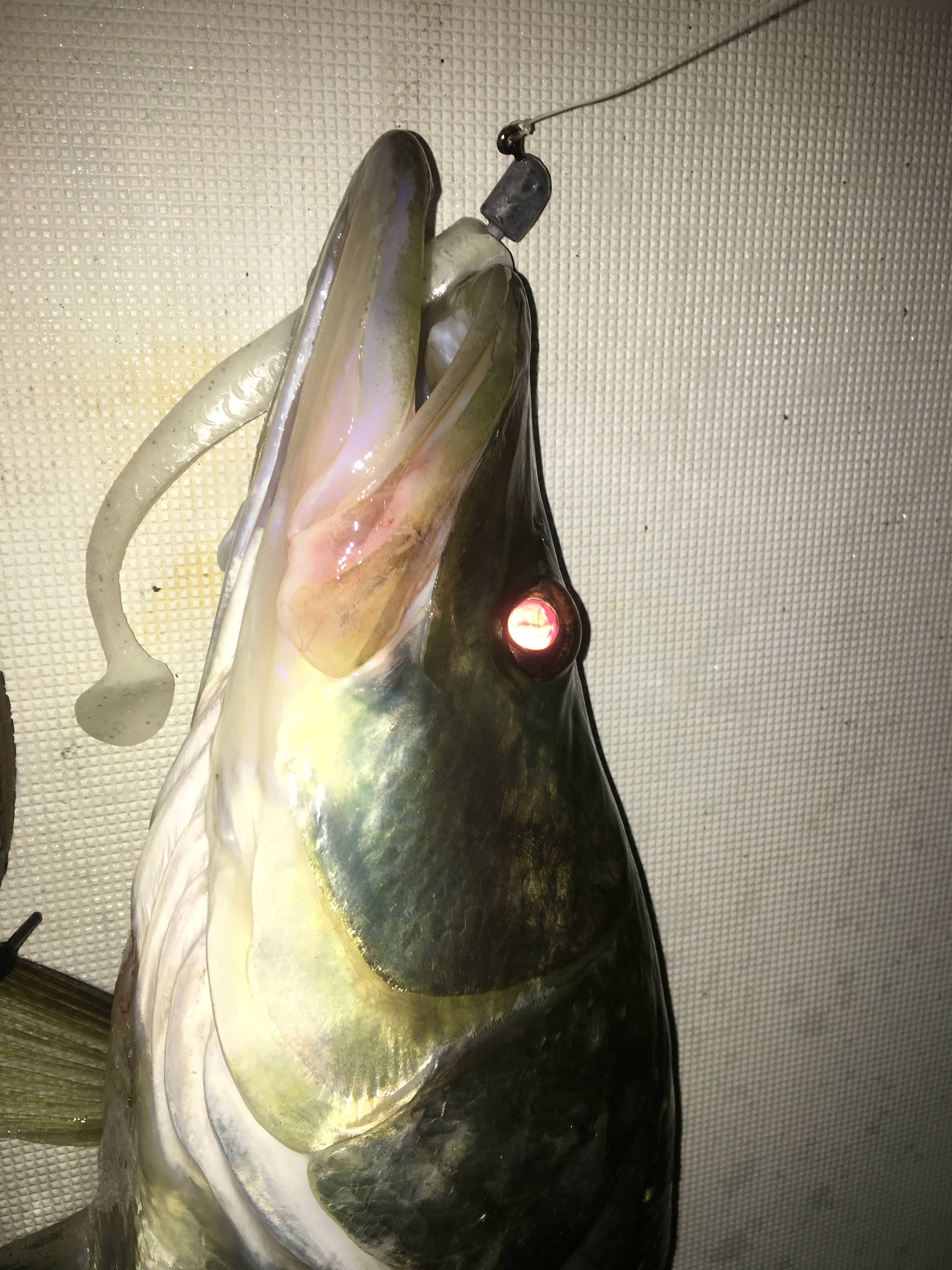 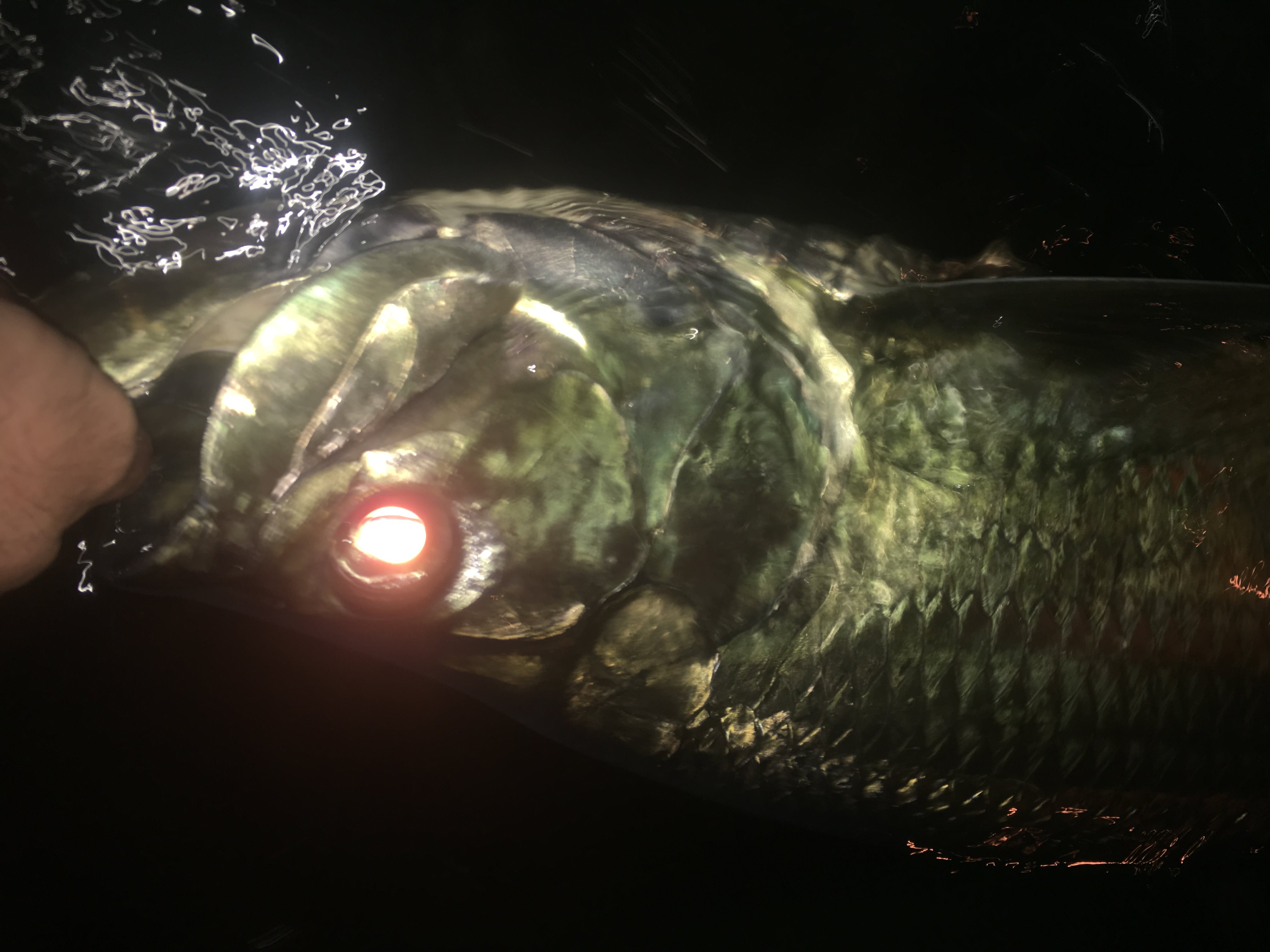