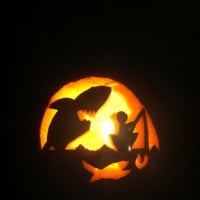 JustKeepSwimming Posts: 256 Deckhand
November 2017 in Fly Fishing #1
Can anybody tell me why saltwater flies cost so much in stores?

Stores near me have them for sale for $6 $7 $8 $10 etc per fly. I just don't understand how they justify the price especially when you can buy the same exact flies online for a fraction of the cost. I understand they have to mark them up but flies always seem to be way more expensive. You can usually buy rods and reels for the same price online as you can in the store but not with flies. At least not that I've found so far. I don't buy flies from the store because of this and because after about 3 or 4 fish they are usually rather smashed up