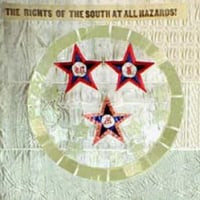 Fall of the House of Grayson

Florida Congressman Alan Grayson and his new wife, Dena Grayson, wanted to be the first husband-wife team to serve in the U.S. Senate and House at the same time.

Instead the two became co-losers in Tuesday’s primaries.

Alan Grayson was crushed by his fellow congressman, Patrick Murphy, in the U.S. Senate race. And Dena Grayson — who married Alan Grayson mid-campaign and changed her last name over Memorial Day weekend as she ran for his congressional seat — lost in a three-way race won by state Sen. Darren Soto.


Grayson once said the GOP alternative to Obamacare was to have people “die quickly;” called a reporter a “shytting robot”; branded a lobbyist a “K Street ****,” likened the tea party to the Ku Klux Klan, accused a Christian conservative opponent of being a member of the Taliban, and got into testy exchanges with Senate leaders. During the Senate campaign, Grayson was rocked by a House ethics investigation into his offshore hedge funds and a POLITICO report concerning allegations from his ex-wife that he physically abused her. He denied the charges.

Jackie Lee, a Democratic political consultant, wasn’t as harsh in criticizing Grayson but predicted a comeback as well.

“He’s ornery and he’s determined,” she said. “So I wouldn’t be surprised to see him return. I don’t expect to see Dena Grayson again.”

Dena Grayson didn’t comment on her political future in a post-election interview with WFTV-9 in Orlando, but expressed contentment with her marriage.

“You know, we’re a great team. He’s my best friend. So, we’re always in this fight together, win or lose. It feels great to know that I’m in love with my best friend,” she told the television station. “We’re hopefully going to go on a honeymoon pretty soon. obviously, we’re disappointed in the results. But the establishment really fought against both of us. Again, $600,000 in a democratic primary race to defeat me by groups that are democratic establishment groups. I think that’s pretty telling.”

Alan Grayson knew he was defeated long before the last ballots were cast Tuesday. He barely advertised, and he didn’t disclose his whereabouts to the press earlier on Election Day. He and Dena Grayson — who largely shied away from the press and tried to win on an ad campaign based heavily on Grayson’s name — said little Tuesday night when it was clear each had lost.

Earlier in the day, Rep. Grayson emailed an appeal to donors to give to his floundering campaign.

But rhetoric like that just didn’t play well in Florida, or among the rank-and-file Democratic Party loyalists and consultants like Kevin Cate, who increasingly grew weary of him.