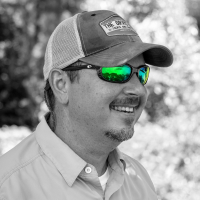 Glenn GeorgiaPosts: 1,737 Captain
February 2016 in Photography Corner #1
My Canon T3 and the two kit lenses have served me well, but I'm ready to upgrade. I like filming with DSLR and for my budget range of $500-600 I'm looking at the Canon T5i very hard.

I'd like to stay with Canon equipment being that I have a bunch of older lenses that fit the EOS. Does anyone have any other suggestion or experiences with similar camera bodies like the T5i?