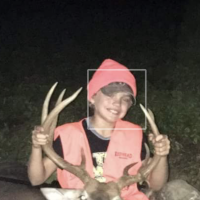 Ol Mucky Posts: 5,540 Admiral
December 2015 in Politics #1
Which is more ridiculous, a political party that holds a primary but does its level best to prevent any real challenge to the frontrunner, or a candidate in that primary who stays in the race when he finds himself drawing just one supporter – one! – to an event in a key early voting state?
Related Stories

The Republican primary, dominated by the blustery Donald Trump, has attracted the most ridicule so far, for obvious reasons. In a Trumpless election cycle, though, the farcical Democratic primary, which the Democratic National Committee has transparently rigged to favor former Secretary of State Hillary Clinton, would be a much bigger deal.

Related: Trump Gives Clinton a Boost as He Takes Aim at Gowdy on Benghazi

Former Maryland governor Martin O’Malley is arguably the most affected by the DNC’s decision to restrict the number of debates and to schedule the few that there are on dates that seem to guarantee that they will receive little attention. One took place during a nationally televised football game and another on a Saturday night on the weekend before Christmas.

On Tuesday, O’Malley took a moment to vent when he appeared on MSNBC’s Morning Joe, accusing the DNC of hiding debates “behind football games and Frosty the Snowman.”

The next debate is scheduled for January 17, the same day that two National Football League playoff games will take place.

“The party leaders -- or I should say the party leader -- Debbie Wassermann Schultz is doing a terrible disservice to the public,” O’Malley complained. He added, “I believe people understand that just as their economy is rigged, so too sometimes can be their politics.”

O’Malley has continued his campaign, despite the fact that his limited opportunities to get in front of a national audience appear to have contributed to a sense that his campaign was doomed from the start.

On Monday night, an event in Iowa drew exactly one voter, and even he wouldn’t commit to voting or caucusing for the candidate.

“The very last event of the night, we actually had a whopping total of one person show up, but by God, he was glad to see me. So we spent the time with him,” O’Malley said on MSNBC.

To be fair, there was a snowstorm in Iowa Monday. But when both your polling average and your crowd sizes are in the single digits, it might be time to admit that you’ve lost the rigged game, and vow to return to fight another day.
I have a much bigger and more powerful button
0 · Share on TwitterShare on Facebook