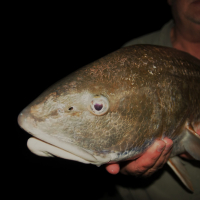 Graybeard50 Posts: 54 Deckhand
October 2011 in Conservation Forums #1
My son is a US Marine. We lived in Atlanta when he enlisted. Although we had a home here for many years, we did not make it our permanent residence until after he left for boot camp. When he got out of the Marine Corps he moved back home with us and enrolled in college. When he went to purchase a fishing license, he was told that he had to be a resident for six months to get a resident fishing license. It seems there should be a provision for someone in his situation to get a resident license but apparently not. He had to wait 6 months for it. My question is whether there is anything he could have done to get his resident license before the six months? He was stationed in Texas when he was discharged and had a Texas drivers license. He got a Florida drivers license as soon as he moved here along with tag, title, and insurance.
0 · Share on TwitterShare on Facebook