Sleazy Democrats, Ya just can't make this stuff up. 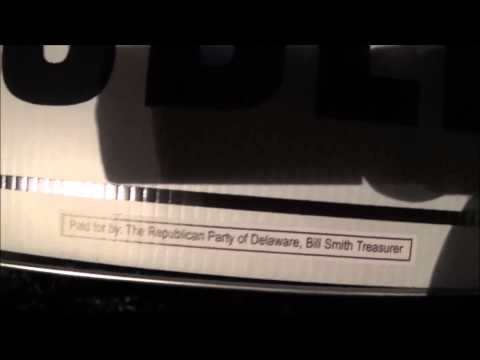 WASHINGTON – Police in Delaware are looking for the husband of a state senator who was caught on video taking down political signs put up by Republican challengers.


"When you only have a track record of high taxes, unemployment and lower wages for private sector employees to stand on, the Democrats must resort to breaking the law to win elections because they are scared of being held accountable for their dismal performance," John Fluharty, executive director of the state GOP, said in a written statement to the newspaper.