kingkong954 Posts: 672 Officer
August 2014 in Big Bend General Fishing & The Outdoors #1
Got a very late start on Saturday with searching for shallow water grouper... didn't get to our first spot until 10am.

We started off in 20' of water, but no one was eating.

First hit is on my spinning outfit (40lb braid on stradic 5000) on frozen bait. He put up an awesome fight, really testing my abilities. Got'm to the boat... 12lbs on the grip. 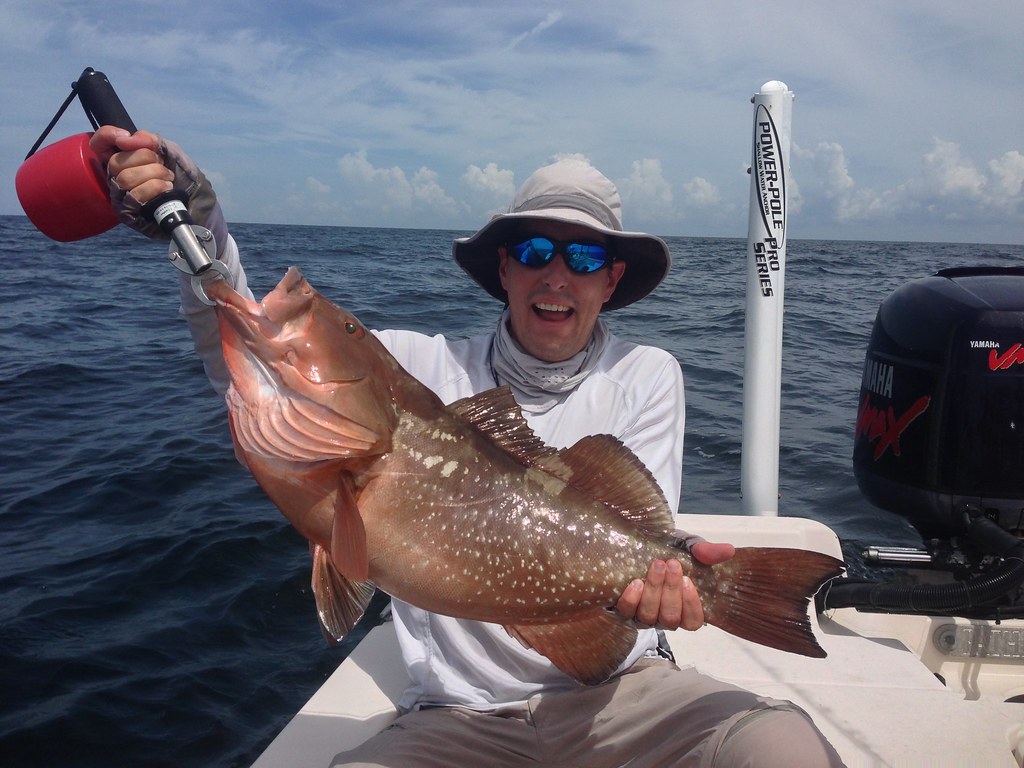 Right afterwards, we get another hit on the heavier gear and manage to find a smaller, but still legal, Gag (on live pin).

...now, this was Morgan's first time grouper fishing. She is an accomplished fly fisher from the north, and so the pull of the grouper impressed her.

I decided to take it to an '11', however, and setup another live pin, this time on the lighter spinning gear. A few moments later she's on, and the drag is going off (...we keep the drag on this reel at about 95% to have a chance). She's even palming it to slow it down... but then he rocks her. But, he's still on... so we're waiting, and I'm contemplating pulling the anchor to chase him down when I see the rod bounce. I yell, "he's out! reel!" and she's back on the attack. After a solid fight, we got the red grouper to the boat: 14.1lbs, 28". 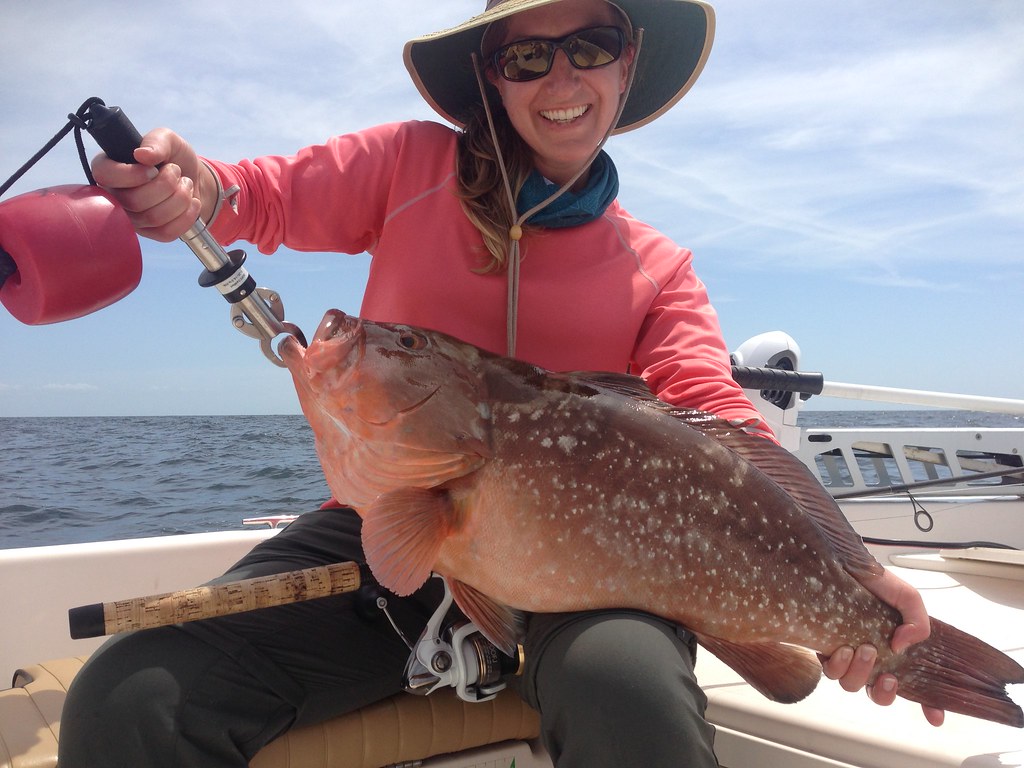 We ran over to Sea Horse Reef to let her experience some ladyfish/seatrout action for about 30m, and were back at the dock by about 2:30pm.
0 · Share on TwitterShare on Facebook