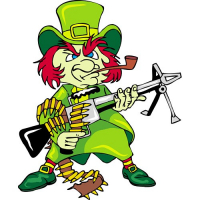 Andrew McLemore
American-Statesman Staff
Cedar Park police are investigating a shooting at a gun show that left a man dead in the Cedar Park Center parking lot, event organizers said.
The shooting took place just outside the Austin Gun Show around 5:30 p.m. Saturday, said Michelle Finucane, who organizes gun shows around the state with her husband Tim Finucane.
Organizers of the event at Cedar Park Center released an official statement on the gun show website.
“All of us here are deeply saddened by this tragic event,” they said in the statement. “Right now, there are more questions than answers, and we and our security department are doing everything possible to assist the Cedar Park Police Department in their investigation. We are prayerful for the immediate family and also for those who witnessed this. Very difficult.”
After discussions with Finucane’s business, Premier Gun Shows, the gun show scheduled for Sunday was moved to Aug. 2-3, according to the statement.
Cedar Park Police said they working on a press release with more information.