Less than a month now and sharks are on my &quot;to catch&quot; list 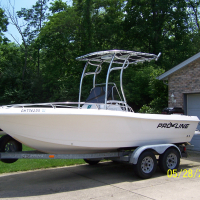 UFM82 MemberPosts: 65 Deckhand
September 2012 in Panhandle General Fishing & The Outdoors #1
I'll be in Destin for a week plying the waters in search of whatever will bite. Not too picky but I do have a couple things on my "want to catch" list. I spent a week in October in 2010 in Destin an managed some decent fish but one thing I never caught (or even saw) was a shark. Now I know real fisherman consider sharks a waste of time and not worth the effort but I've caught bull sharks in the 6'-7' range in the past and they are a blast. But that was in the Keys and the "spot" was am easy find. Destin doesn't have the same topography for lack of a better word. I've been told that the area west of the inlet is good on an outgoing tide but I want to try to have a couple of areas in mind. I'm not looking for your spot or even a specific spot. Just the right conditions that will help ensure success. A choke point, a drop-off, a bar offshore, a dip, etc. Anything that tends to hold sharks. I didn't try to shark fish at all last time I came down and I plan to devote at least a day during this weeklong trip to tie into a couple. Your comments are appreciated.