Romney may not have paid ANY taxes for a decade!

chubasco Posts: 18,390 Officer
July 2012 in Politics #1
May have been perfectly legal but sure won't sell well in Peoria.

WASHINGTON -- Senate Majority Leader Harry Reid (D-Nev.) has what he says is an informed explanation for why Mitt Romney refuses to release additional tax returns. According a Bain investor, Reid charged, Romney didn't pay any taxes for 10 years.

In a wide-ranging interview with The Huffington Post from his office on Capitol Hill, Reid saved some of his toughest words for the presumptive Republican presidential nominee. Romney couldn't make it through a Senate confirmation process as a mere Cabinet nominee, the majority leader insisted, owing to the opaqueness of his personal finances.

"His poor father must be so embarrassed about his son," Reid said, in reference to George Romney's standard-setting decision to turn over 12 years of tax returns when he ran for president in the late 1960s.

Saying he had "no problem with somebody being really, really wealthy," Reid sat up in his chair a bit before stirring the pot further. A month or so ago, he said, a person who had invested with Bain Capital called his office.

"Harry, he didn't pay any taxes for 10 years," Reid recounted the person as saying.

"He didn't pay taxes for 10 years! Now, do I know that that's true? Well, I'm not certain," said Reid. "But obviously he can't release those tax returns. How would it look?

"You guys have said his wealth is $250 million," Reid went on. "Not a chance in the world. It's a lot more than that. I mean, you do pretty well if you don't pay taxes for 10 years when you're making millions and millions of dollars."

The highest ranked Democrat in Congress, Reid is known more as a back room brawler than a public flamethrower. So his willingness to throw this private conversation into the media frenzy over Romney's taxes underscores the low opinion he has of the Republican candidate.

Tellingly, neither Reid nor his office would reveal who the investor was, making it impossible to verify if the accusation is true. And as his quote makes clear, he's uncertain if the information is accurate. The Romney campaign's press secretary, Andrea Saul, has previously denied rumors that Romney didn't pay "any taxes at all."

But there is limited political downside to the type of open speculation that Reid is making, so long as Romney refuses to budge on the issue of his tax returns. Increasingly, other Democrats are growing more assertive in their goading. In an appearance at the Center for American Progress on Tuesday, former Ohio Gov. Ted Strickland argued that he could openly speculate as to whether Romney "is a tax avoider" or "cheat" because "his behavior invites such speculation."

Romney recently told ABC News that he couldn't recall if there were years when he paid below the 13.9 percent tax rate that he paid in 2010. Although he said he was "happy to go back and look," his campaign declined to do just that.

Asked for a response to Reid's latest comments, Romney campaign adviser Kevin Madden said his candidate had "gone above and beyond the disclosure requirements by releasing two years of personal tax returns in addition to the hundreds of pages of personal financial disclosure documents he has provided to the FEC and made public."

Madden added that it was "troubling and disappointing that Senator Reid would cite Governor Romney's father, George, as part of a personal attack against the governor. We have many substantive disagreements with the senator and his policies, but using insults about a father-son relationship is a step too far."

Reid has jabbed at Romney before. Indeed, during the HuffPost interview, he seemed to revel in the headlines and fallout his attacks have caused.

"It's interesting, my guy from Vegas wrote this. He's a snarky guy, [Las Vegas Sun political reporter] Jon Ralston. He's a center guy. I like Jon just fine, but he's cynical, and I guess that's what serves him well. So he criticizes me for saying that Romney couldn't be elected dogcatcher," Reid recalled.

"My wife said to me -- we don't talk politics very often -- she said, like, 'You shouldn't have said that.' So Stephanie Cutter [President Barack Obama's deputy campaign manager] comes down to talk about politics and outsourcing at my caucus. She said, 'I'm so grateful for Senator Reid, the best remark during the last week, was saying that he couldn't qualify to be dog catcher.' I could hardly wait to get home to tell my wife."

Reid's assessment about the state of the political landscape didn't end at the borders of the presidential campaign. He spoke optimistically about the prospects of maintaining his role as Senate majority leader, offering up private polling data that he said showed four Democratic senatorial candidates ahead -- Mazie Hirono up 19 points in Hawaii, Sen. Jon Tester ahead by five points in Montana, Tammy Baldwin up three points in Wisconsin, and Elizabeth Warren leading by four points in Massachusetts.

"We feel comfortable in the Senate," he said. "Where the problem is, is this: Because of the Citizens United decision, Karl Rove and the Republicans are looking forward to a breakfast the day after the election. They are going to assemble 17 angry old white men for breakfast, some of them will slobber in their food, some will have scrambled eggs, some will have oatmeal, their teeth are gone. But these 17 angry old white men will say, 'Hey, we just bought America. Wasn't so bad. We still have a whole lot of money left.'"

"So that's the only problem we have with our candidates," Reid concluded, suggesting that virtually everything, his leadership position included, could be swept away by outside cash. 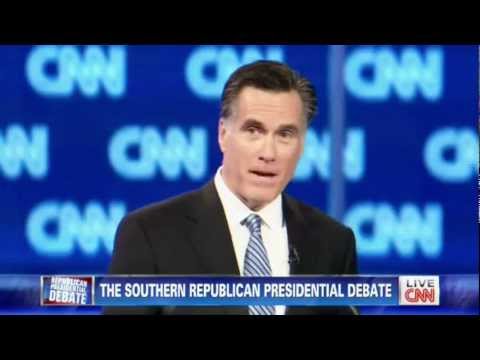