blacktip hunter Posts: 51 Deckhand
March 2012 in Southeast General Fishing & The Outdoors #1
I fished with Ryan from Team Infinity and we had a great night. Before I could get back from paddling the first bait, we hooked a big shark, which turned out to be this bull shark: 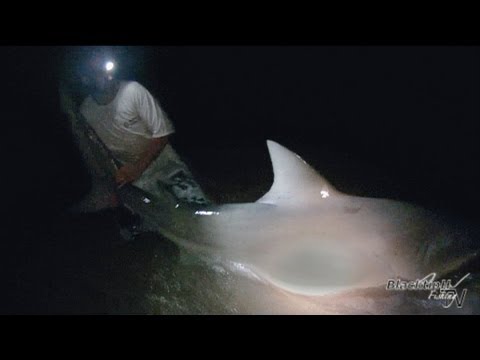 This bull was massive! A 5ft cobia followed the bull. We didn't get any photos, but did get everything on video. We spent 7 minutes trying to get the cameras to work and I was worried about the shark, so I skipped the measuring and hook removal (just cut the wire) and released her. The video turned out great!

Next I kayaked another bonito (half piece) and 10 minutes later we hooked what I am 100% convinced was a hammer. He hit it slow, then swam in for about 30yds, then took off like a rocket! The line was ripping of the Avet 80! I set the hook and tightened the drag. I had him on for about a minute. He peeled at least 100yds on a heavy drag. All of a sudden the line went slack and the fish was off.

I paddled another bait out and it wasn't touched. Colby (Bull Buster) met up with me and he took out a bait. It never got touched. We had fun and look forward to the next adventure.
0 · Share on TwitterShare on Facebook