Way south of Florida, Amazon trip report, with a couple of people from the forum.

Randy Richter Junior MemberPosts: 81 Deckhand
January 23 in Fly Fishing #1
Just finished up my fifth trip to Agua Boa Lodge, was able to host a wonderful group of ten, including four Floridians, two of whom, (Ron Smith and Jim Chell)  saw a similar report many years ago and have traveled with me every trip since.  This was their fourth trip.

Arrived to find the water extremely high, I would say six to eight feet higher than you would typically see now, in the middle of dry season. The consequences of this, we lost a lot of the sight fishing that this fishery is famous for, and also, all fishing in the main river channel was gone. This was a bummer, the white sand flats in the lower river, where you can stake out and "bonefish" for peacocks are my very favorite thing. Some observations from the week.
1. The high water does seem to help some of the truly large fish put on the feedbag. I personally landed 20 fish over ten pounds, and five fish from 16-17.5lbs. 17.5 lbs is my personal best, and we also had fish of 18.5 and 19lbs caught by other members of the group, the two largest fish landed on one of my trips.

2. Lots of arapaimas this year. Usually they are an incidental catch, but one of our group landed a nice 90 pound fish the second day, and another landed four arapaima in one day! I managed to hook up and jump one of over 100 pounds, which was my absolute highlight of the trip. 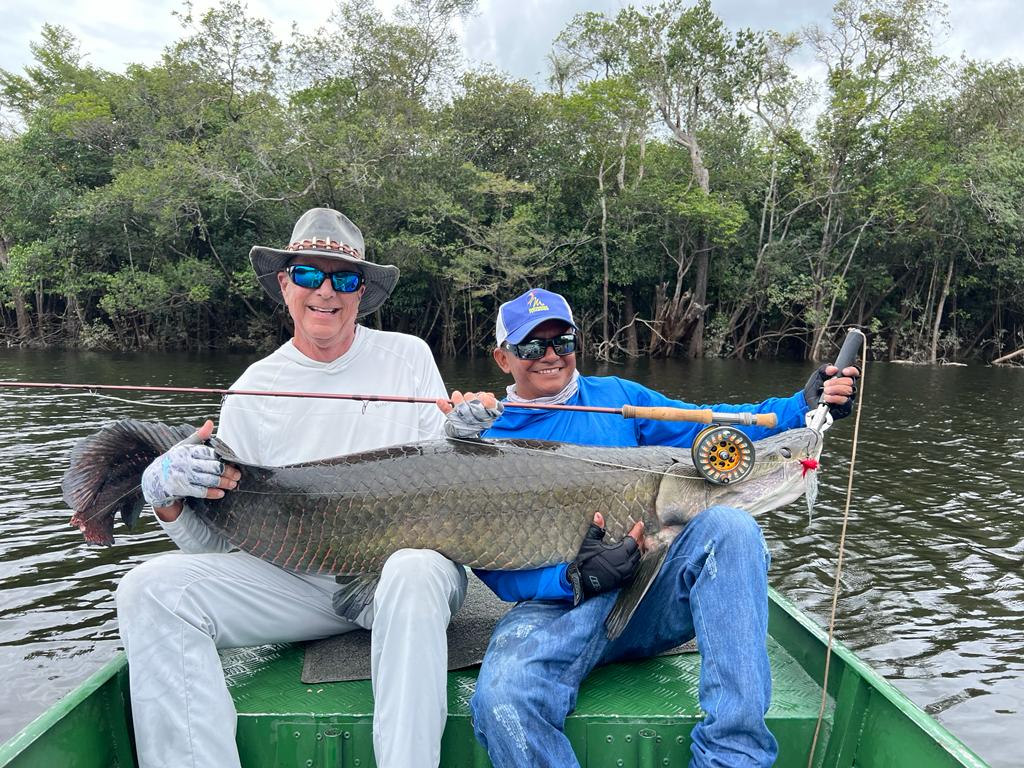 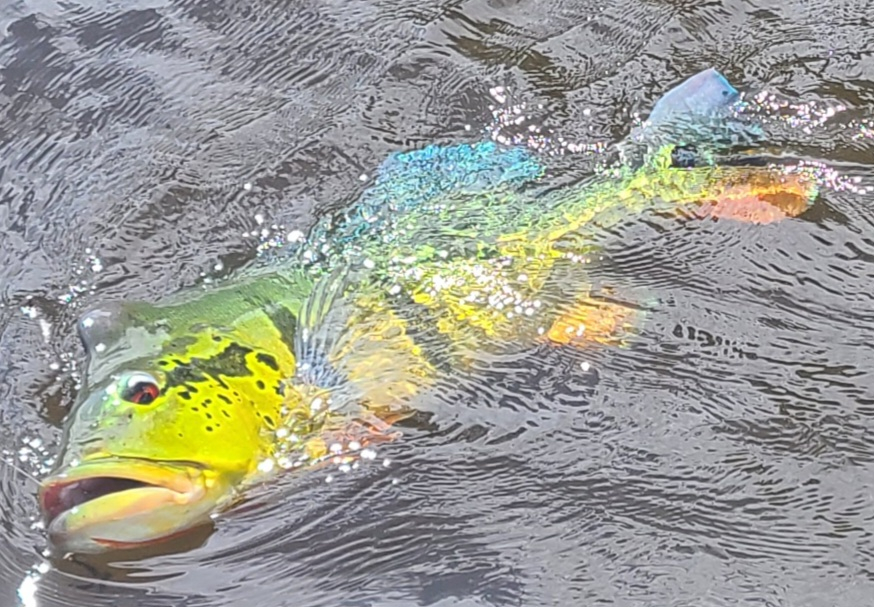 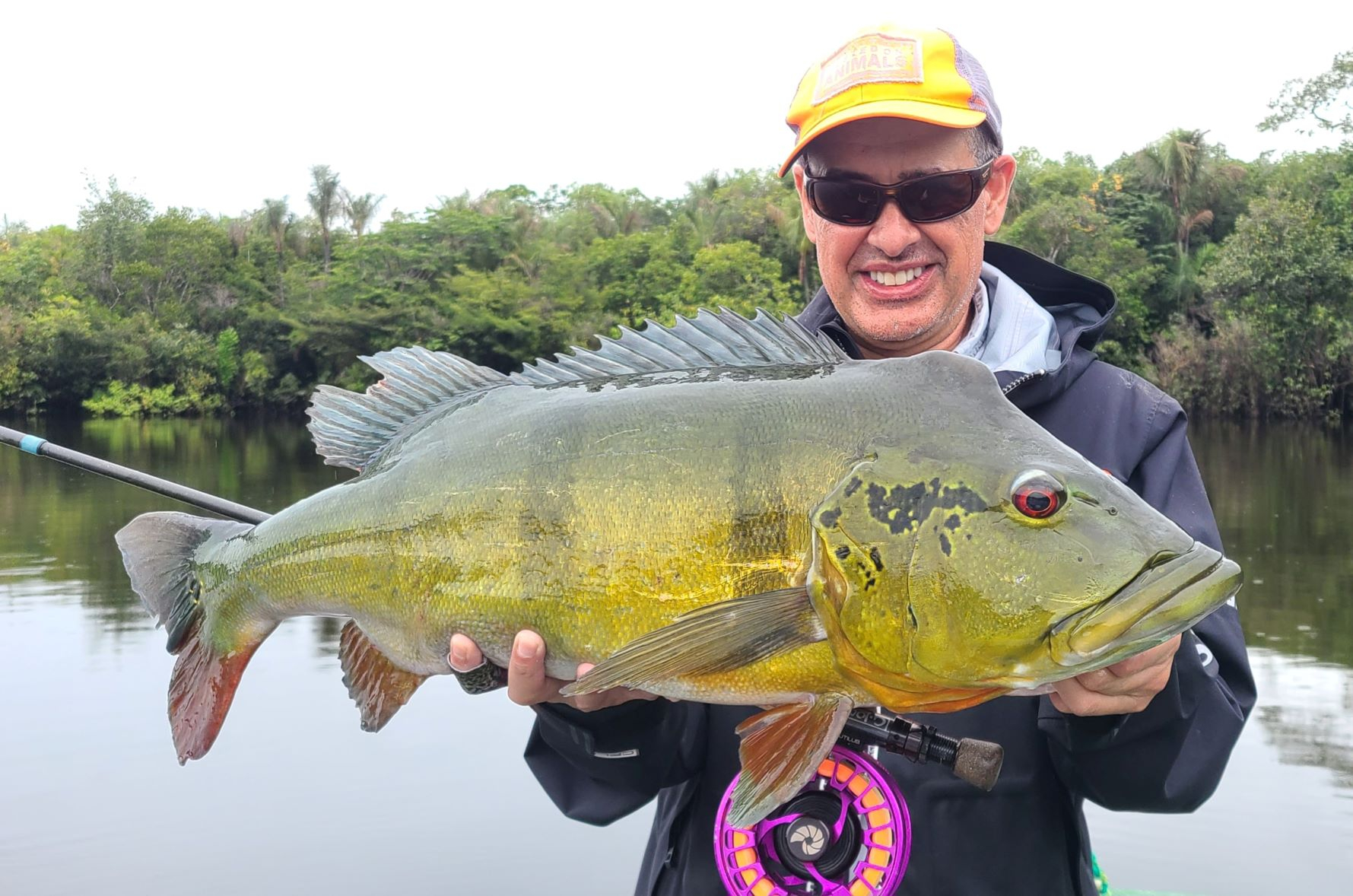 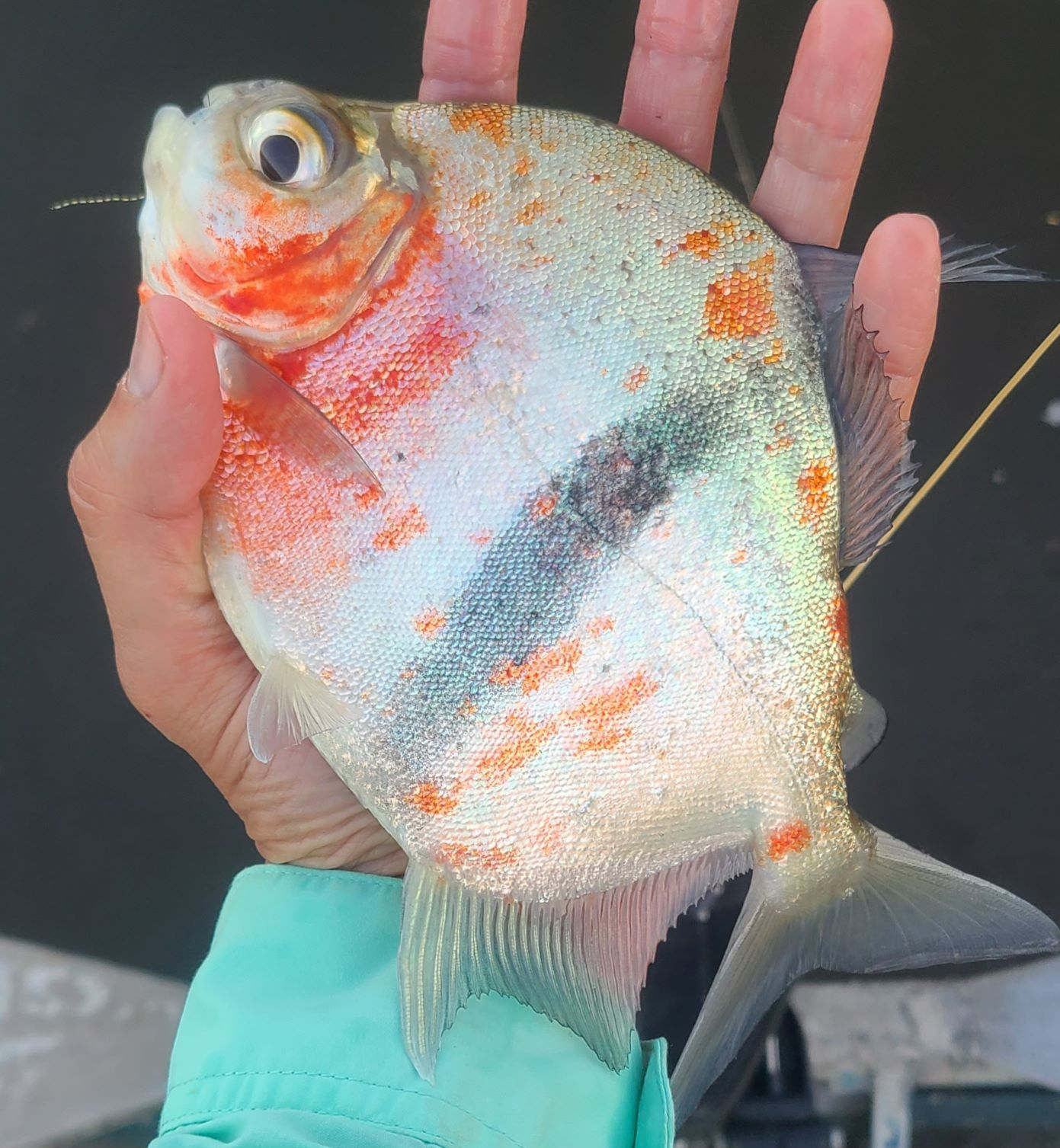 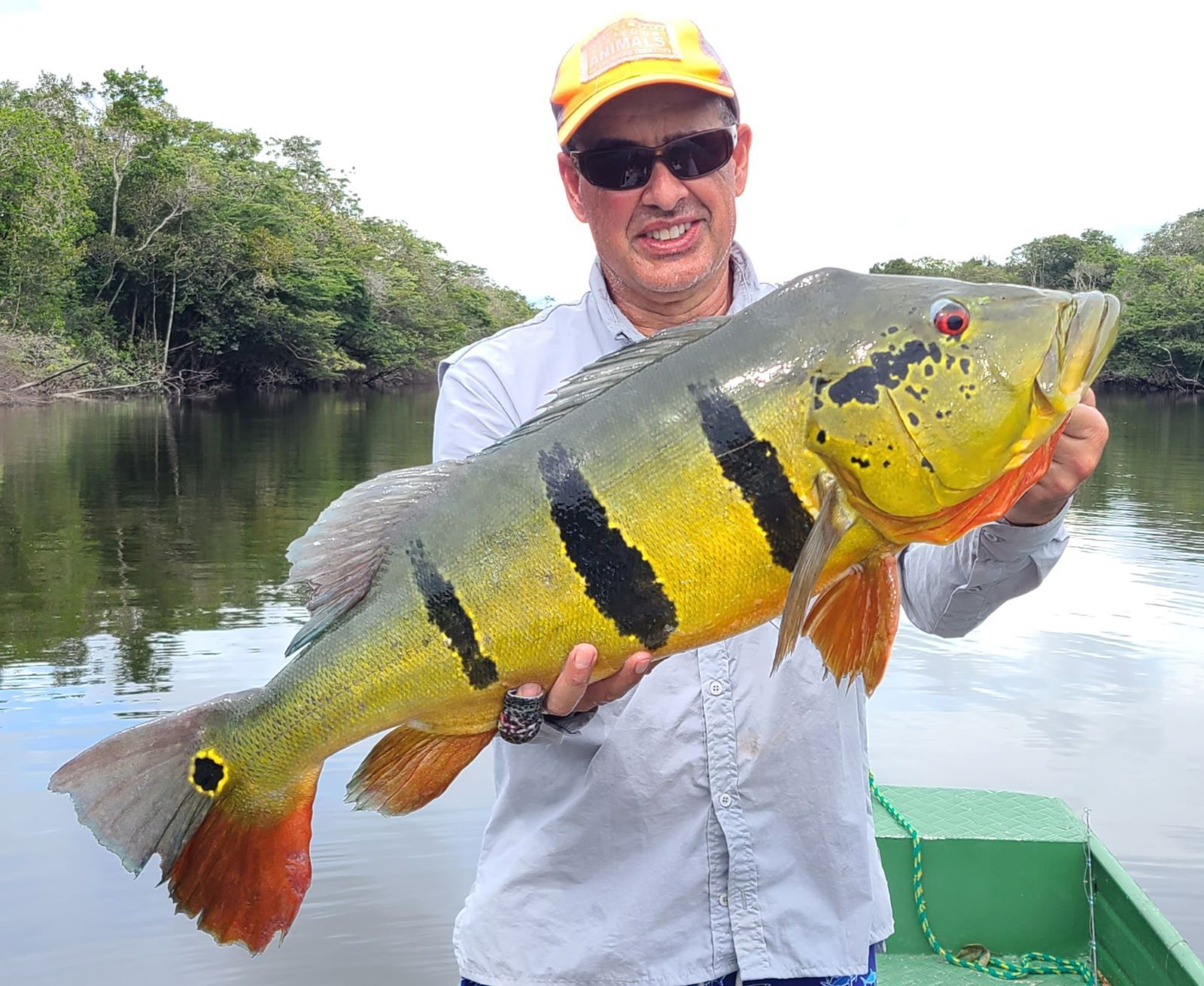 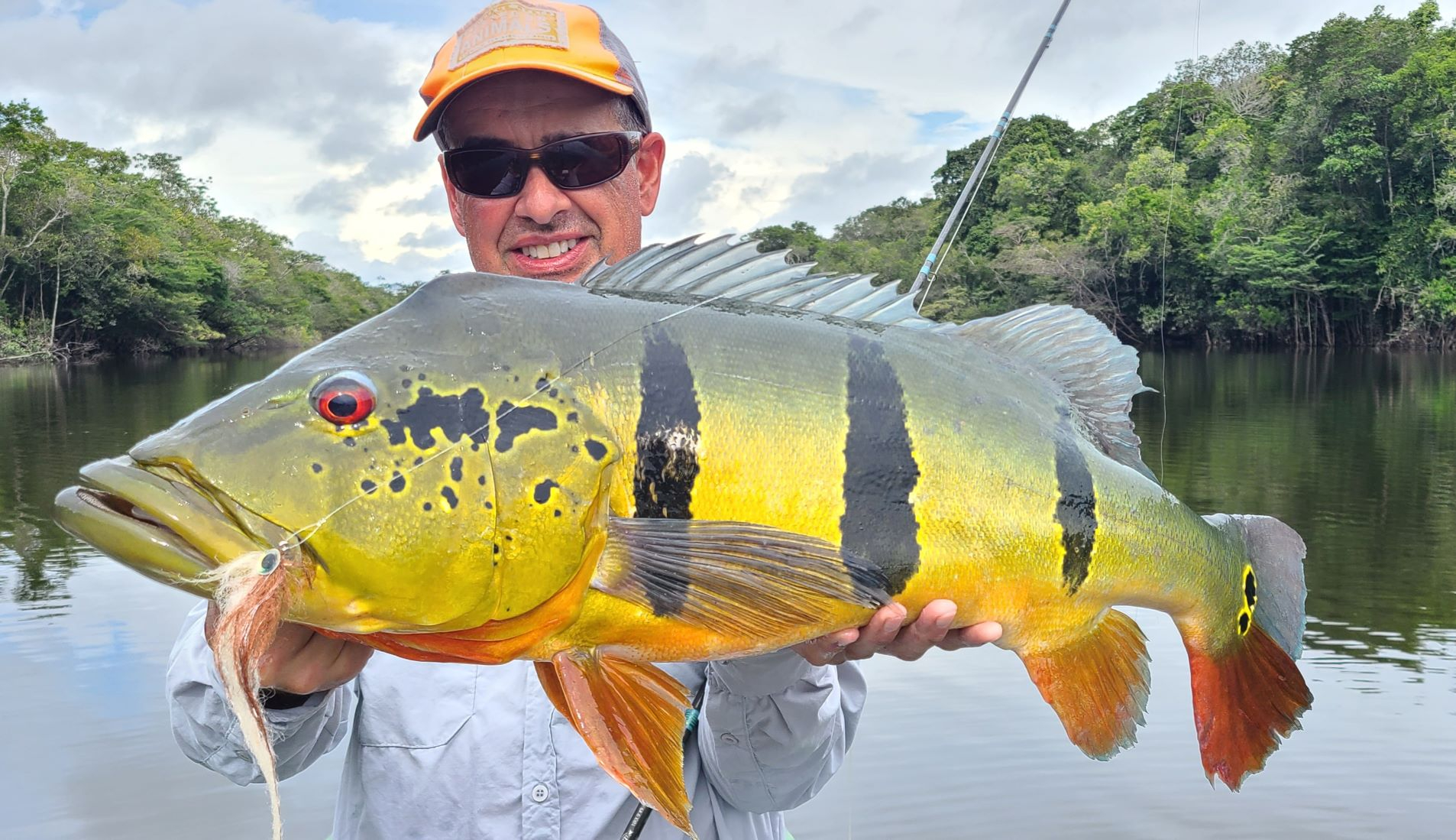 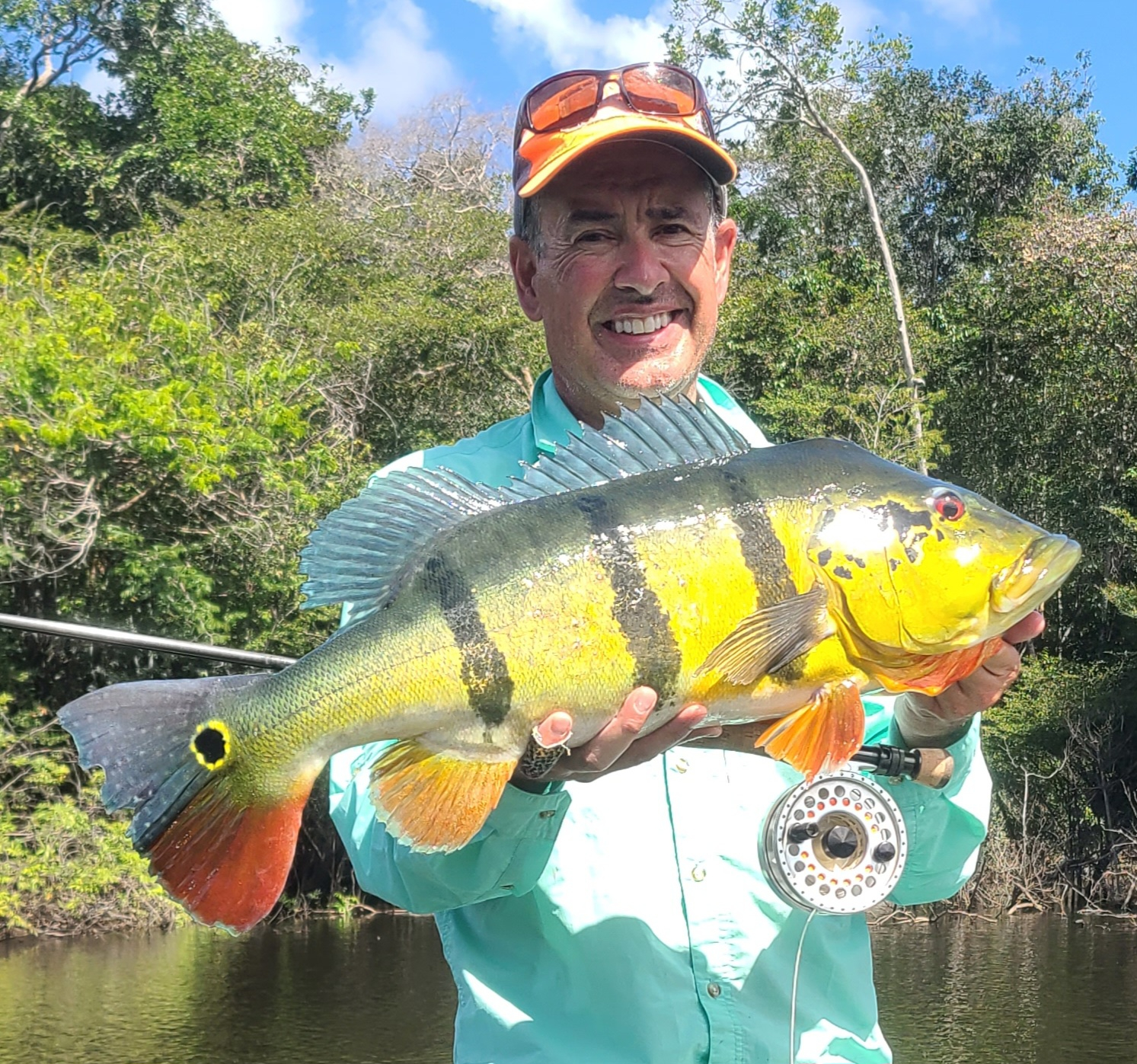 arawanas one day and had a blast bringing out the six weights and foam beetle patterns.

5. Numbers of fish landed were definitely down in the high water, our boat landed around two hundred fish, about half of what is "normal", but still lots of fish.

The pic of the redtail cat is actually from a few years, not sure how it got in, and I can't figure out how to delete it.

If you have any interest, or want to learn more, I'll paste a link to my blog at the bottom, I've blogged three of the other trips day by day, and am in the process of working on this one.
https://randyrichter.blogspot.com/2023/01/rumble-in-jungle-2023-amazon-day-two.html