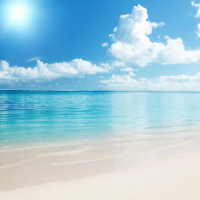 Fisherman007 Tampa BayPosts: 219 Deckhand
November 2022 in West Central General Fishing & The Outdoors #1
I've noticed Tampa Bay is brownish in color after Ian.  Is that sewage or just natural?  The bay was so clear last year, I hope it hasn't reverted to years of past.
0 · Share on TwitterShare on Facebook