I don't know what's sadder, the fishing or this forum

xenia Posts: 1,165 Officer
October 16 in South General Fishing & The Outdoors #1
Fished Thursday and wish I hadn't.  Weatherman really munched a waffle.  Instead of the 5-10 they forecast it was a steady S at 15 and stormy.  Started right at the Whistle Buoy off Ocean Reed (buoy no longer there) and trolled for grouper till south of Carysfort with no bites.  Anchored perfectly on a spot in 75' only to learn current was a trickle into the wind.  This of course is the kiss of death.  Moved in shallower to 50' to try and get away from the south current but no luck.  With tough conditions got 7 yellowtail and one legal red grouper.  Released two short grouper.  After a while with no bites moved to a nice spot in 98'-100' where I always had results but no current and not bites.  After bumping heads for hours and the wind shifting to WSW, I decided to try some deep drop.  First 4 spots had nothing, but the last spot produced 6 vermilion and 2 yelloweye.  So final tally was 7 YT, 6 verms. 2 yelloweye, 1 red grouper, and two very sore old dudes from all the pitching and rolling from the sloppy weather.  To add insult to injury we came in with massive storms and rain.  Nothing like getting pissed on after an entire day of getting beat up.  Which leads me to the next complaint.  What's up with the lack of reports on this forum?  Is anybody fishing?  Or is the fishing so bad that nobody wants to admit they had a slow day?  I'll be the first: fishing sucked! 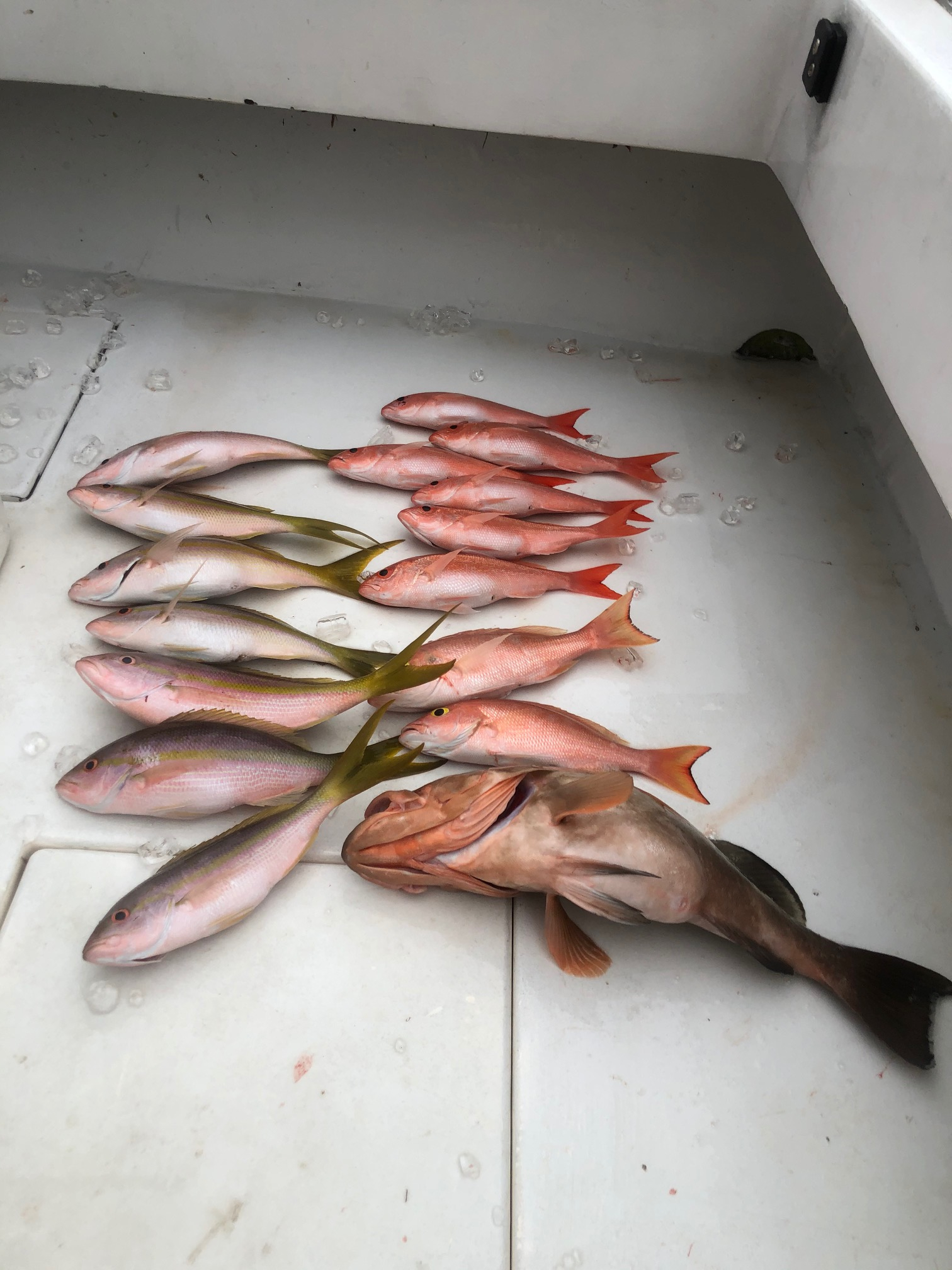