smh Senior MemberCentral FLPosts: 339 Deckhand
October 2022 edited October 2022 in Big Bend General Fishing & The Outdoors #1
With several days of calm winds in the forecast, I ran out to Seahorse Reef with my brother last Friday in my 16 ft aluminum boat.  I hadn't heard much about the mackerel run so far this fall, but I figured it was time.  On the run out and several miles outside the last island, my brother suddenly yells, makes a commotion and points to the front of the boat.  There on the floor is a yellow rat snake slithering around, heading for a thin gap near the front deck.  He had hitchhiked from my house and was probably wondering what the heck was going on.   Unfortunately, I couldn't stop the boat in time to grab him and throw him out, and he disappeared into the guts of the boat where we couldn't reach him.  We spent the rest of the day fishing with an uneasiness that he was somewhere, just hanging out with us on the water.  After that bit of excitement, we arrived at the reef and started trolling homemade krystal flash jigs.  The water clarity wasn't great, and we didn't see large pods of bait at the surface getting worked by birds and fish, so I was a little nervous at first.  It didn't take long to find mackerel, and we proceeded to catch a double limit pretty quickly, both trolling and drifting/casting.  According to my crappy handheld thermometer, the surface temp at the reef was about 69...not sure how accurate that is.  We did see several large wads of bait on the run back in.  Once inside, we fished around several islands, but it was pretty slow going.  We managed two short reds, one on a gold spoon, and one on cut bait.  My brother did catch several flounder, with one being a 14" keeper.  There were mullet everywhere around the islands.  All in all, it was a fun day with great weather and company.  I don't really have fish pics from the day, so I'll leave you with one of the aftermath...smoked mackerel.  We never did find that snake, and I hope he makes his home elsewhere! 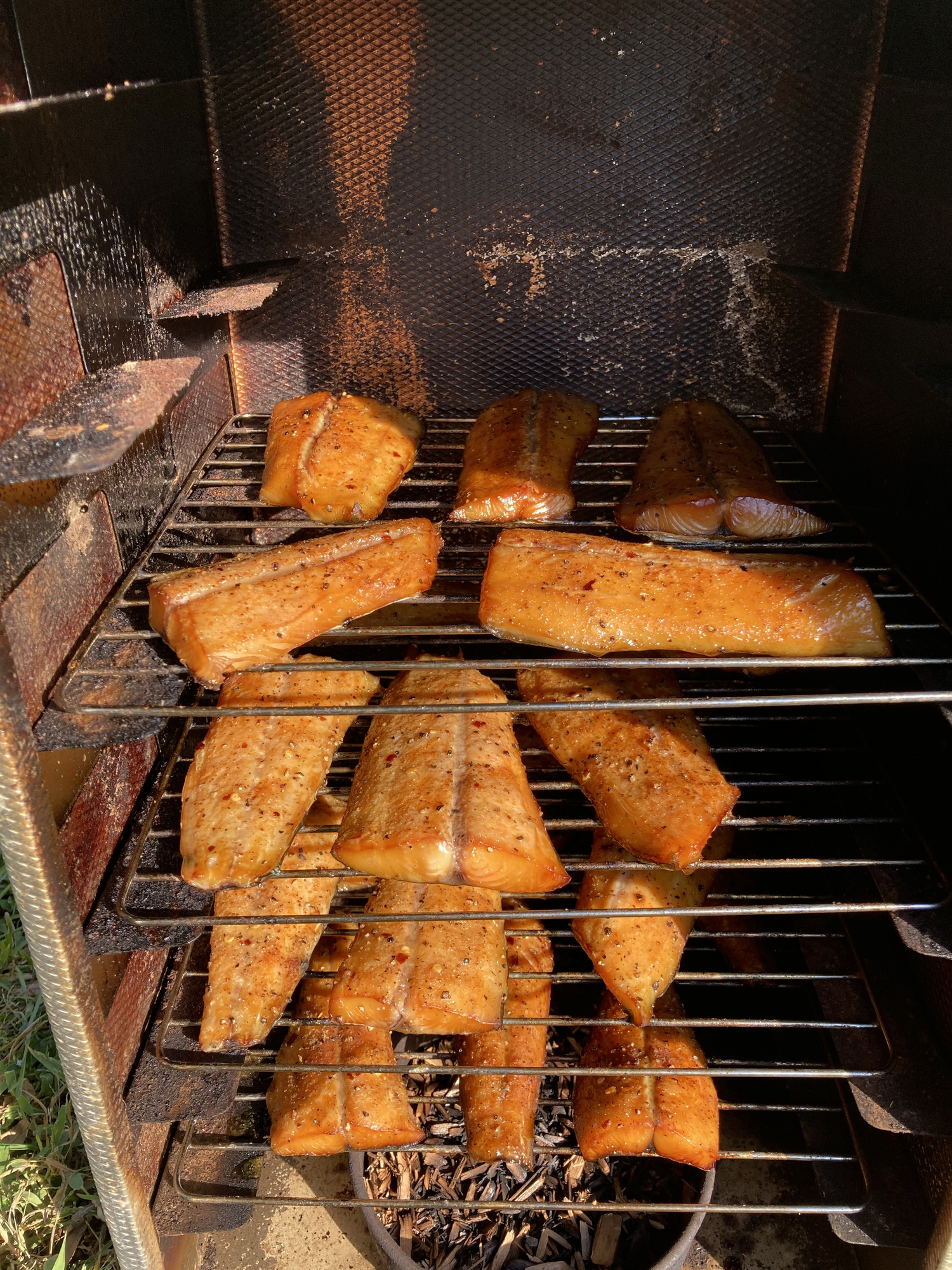