Ethanol Lobbyists vs. Florida Residents -Who will win?

fuel-testers Junior MemberLong Island, NYPosts: 20 Greenhorn
December 2011 in Politics #1
In follow-up to my recent post at "Ethanol Repeal" thread here: http://forums.floridasportsman.com/showthread.php?28994-Ethanol-repeal-BILL&p=346106&posted=1#post346106
I feel obligated to make one last ditch effort to get Florida residents interested in this important pending legislation that could reclaim your right to buy ethanol-free E0 fuel...
Perhaps some are unaware that both FL HB 4013 and SB 238 were postponed this week (December 7th, 2011) - Since both bills are trying to repeal mandatory E10 ethanol blending laws enacted in Florida in 2008, I simply don't understand why Florida residents seem to be doing nothing...

Postponement of legislation often leads to its disappearance.

Those who encouraged postponement of HB 4013 and SB238 (they want E10 mandatory, not optional) include:
Ag Commissioner Adam Putnam, former Commissioner of Agriculture and Consumer Services Charles Bronson, Committee Chairwoman Nancy Detert, R-Venice, Rep. Michelle Rehwinkel Vasilinda, D-Tallahassee, and many others.
Bradley Krohn president of ethanol company called US EnviroFuels LLC already has a petition titled "Take Action and Spread the Word- Vote NO on HB 4013" http://biofuelschat.com/topics/set-record-straight-florida-hb-4013-vote
He started a petition (no to 4013) to maintain mandatory E10 in FL. Ethanol always wins b/c the pro-ethanol groups and lobbyists are very active and involved every single day, everywhere- They count on the public remaining clueless and uninvolved.

Support HB 4013 and SB 238 to repeal the requirement to have at least 9 percent ethanol in gasoline.

I believe you should start a petition to vote "Yes" and support the sponsors of HB 4013 Rep. Matt Gaetz of Fort Walton Beach and Sen. Greg Evers of Pensacola, and others...Kudos to the Marine Industries Association, and the very few other companies that took the time to speak-out in support of HB4013.

Don't let the ethanol industry and lobbyists tell you what type of fuel you must use. It's obvious that those who profit from ethanol, such as Bradley Krohn, have the resources, money and motivation to stop the repeal and will continue to force you to use more and more ethanol.

Unless I hear otherwise, I'll assume you don't need any more information from me right now, regarding pending ethanol laws in Florida.
I had hoped Florida would set a precedent to encourage all others to reclaim their right to CHOOSE to buy ethanol-free gasoline.
For the past 3 years we've received the highest number of contaminated E10 gas reports from the state of Florida; (EG. Illegally over blended above 10% and water contamination) -
This is why we sell so many fuel test kits in Florida - Since ethanol in gas profits my company I guess I'm on the wrong side of the fence diligently trying to advocate for engine owners who want and need E0 gasoline. Is it time for me to give-up? I'm not sure...But I am very disappointed and frustrated by all the Florida residents that complain to me about ethanol, but do nothing to encourage (political) change.

All states have (ethanol) laws that need to be reviewed and rewritten, but Florida and the other handful of "mandatory ethanol" states have the most restrictive laws, which IMO go against everything consumer protection laws and common sense support.
The EPA and federal government do NOT mandate E10 in the Renewable Fuel Standards or EISA - So why does Florida RFS mandate E10?
If you don't try to protect your rights now, I expect you will be one of the first states to sell E15 and higher blends, which are NOT approved or warranted by all conventional engine manufacturers.
(Only flex-fuel engines that run on E85 are warranted for gas that contains above 10% ethanol).
Doesn't matter that the EPA approved E15 for 2001 and newer autos - The engine manufacturers still do not, (fuel system repairs are not covered under warranty if you use gas above 10%).

If you do nothing to support HB 4013 and 238 it would be unfair to speak-out against the EPA -
Each individual state decides and controls how renewable fuels (ethanol and biofuel) will be sold.

It will cost you much more later if you don't do something now - Good Luck! 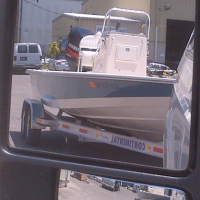 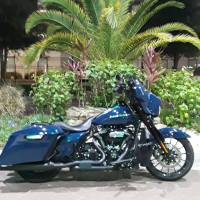