harbison Posts: 5,532 Admiral
August 5 in General Fishing #1
Central Florida Fishing Yesterday and Today
When you have been fishing the waters of Central Florida for over seventy years you have seen a lot; done a lot.
What an honor sharing so many wonderful memories with fellow sportsmen/women.

Recent Central Florida pictures of fellow anglers sharing their dreams brings back so many memories:

For as long as I can remember Speckled Trout have always been very special to me. The endless miles of lush grass flats along David, now Courtney Campbell, Causeway was my home away from home. The Trout were thick!
Fished the mango swamps along the Tampa side of what is now know as the Howard Frankland for years. The Trout were thick! There was a deep hole, St. Pete side, that, during cold snaps, was the winter home to huge Speckled Trout. Wonder if it's still there today?
The fifties were boat time:

With a boat like that we could fish such well know, almost mystical, areas such as the Tampa Middle Grounds.
And, on calm days, the far-off marker buoys leading into Port Tampa. The Mangrove Snapper fishing was outstanding.
Decision time:
Do we go with the standard 10 hp 'kicker' of the day, or the BIG BOY 18 hp. Wanted to be able to out-run the frequent Florida storms. Purchased an 18 hp Evinrude.
That huge outboard come at a cost. To travel so far off shore we were forced to purchase a 10 gallon gas tank. Luckily, if we keep the speed down, we could make two trips. This stuff is really getting expensive, after all, gas was approaching 50 cents a gallon.
Red & Snook fishing was very good.
Looks like it still is:

Want more?
Are you man/woman enough to challenge the BIG BOYS?

Tim is! He is more than willing to travel over 1,000 miles to fish Central Florida waters. Tim has been making the long drive from Indiana for many years.
With American Red Snapper season closing soon all eyes will be on the plentiful, fun to catch, great to eat Mangrove Snapper. And, unlike Red Snapper, Mangrove (Mango) Snapper has NO closed season.
Think August is too hot to catch fish? Think Again!
August 2, 2022, the Florida Fisherman II leaves Madeira Beach on a 39 hour trip to the far off snapper/grouper banks.
Let's take a look at the!
https://youtu.be/pvQ1tXBI4Qg

Fish the Port Tampa buoys at night from our 16 foot Arkansas Traveler... Forget It!

Gag Grouper season last until the end of the year. The Gag fishing is good now; as the weather cools it will get even better:

Catch Gags while you can. Next year the season will be measured in days; not months!
Until next time when we do it all over again: 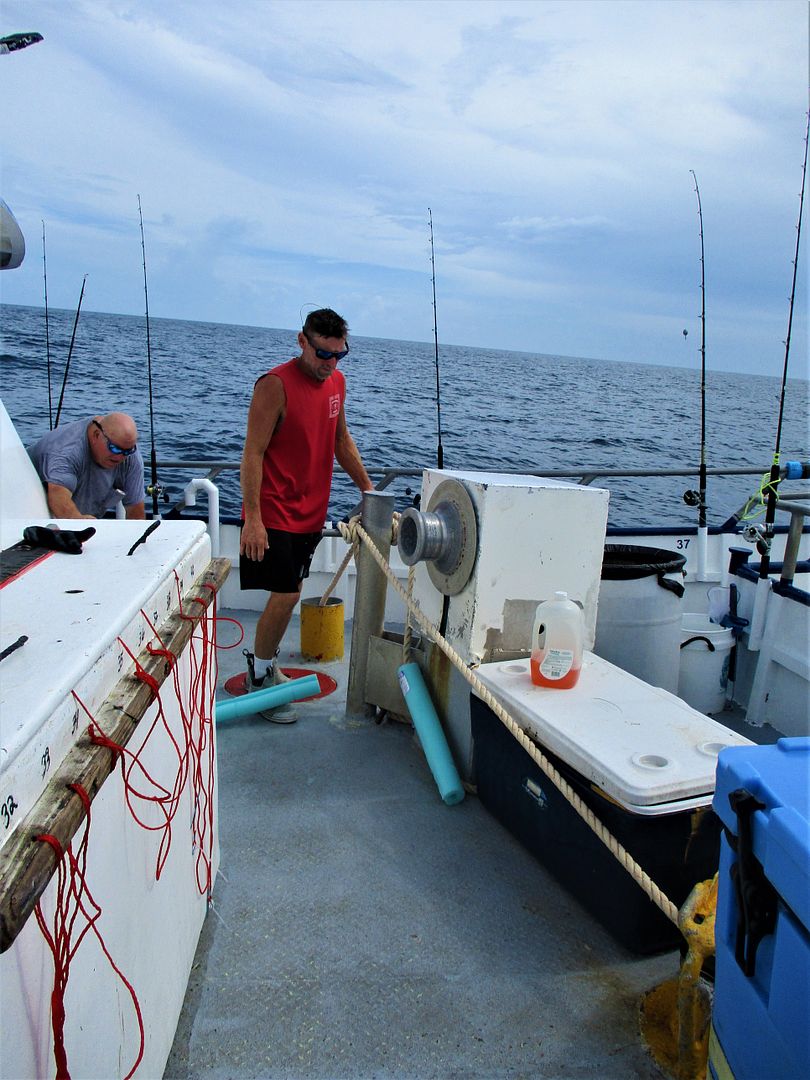 Let's go home!
Back at the dock the cameras come out:

This is one to remember!
How wonderful it is living in Paradise.
Living in...

What an honor sharing so many wonderful memories with fellow sportsmen/women.
credits
Getty
Bob Hundt
0 · Share on TwitterShare on Facebook