John McKroid Posts: 4,087 Captain
July 5 in General Paddle Craft #1
I exited Ft Lauderdale breakwater at 5 am in search of live goggle eyes.  I spent an hour along the beach Sth of the inlet and Nth of Dania pier without luck.  On the way out I put out a YoZuri Crystal Minnow which got nailed hard as I crossed the third reef. 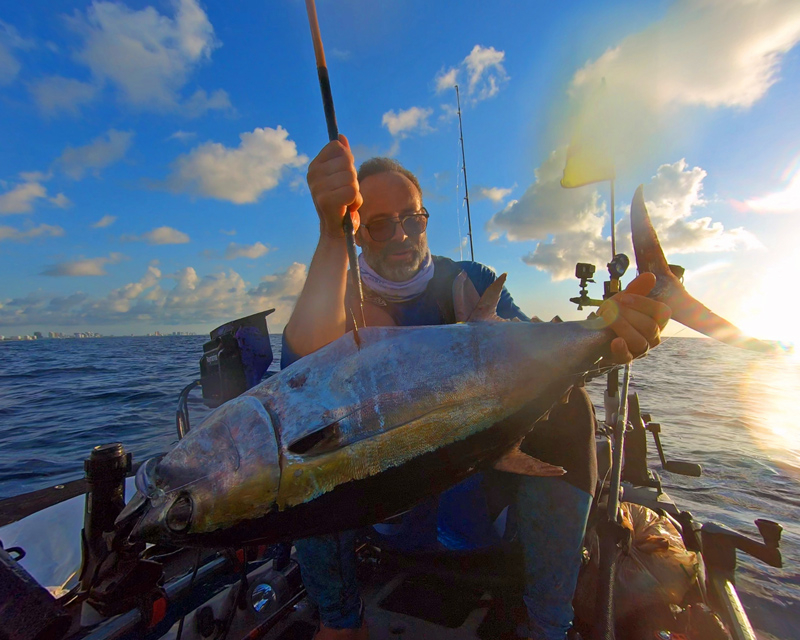 I trolled back over the third reef a few more times in hopes of picking up more without luck.  The rest of the day was a jigathon.  I slow and speed jig for several hours off Dania and then later for several hours off Ft. Lauderdale in depths from 200-400ft.  The Little Tunnies were thick. 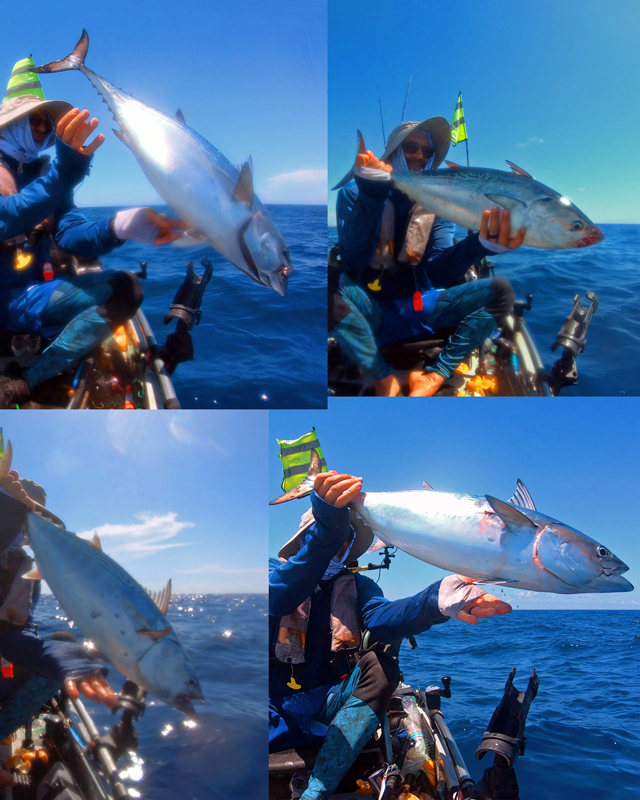 The Jacks were also present, but less frequent. 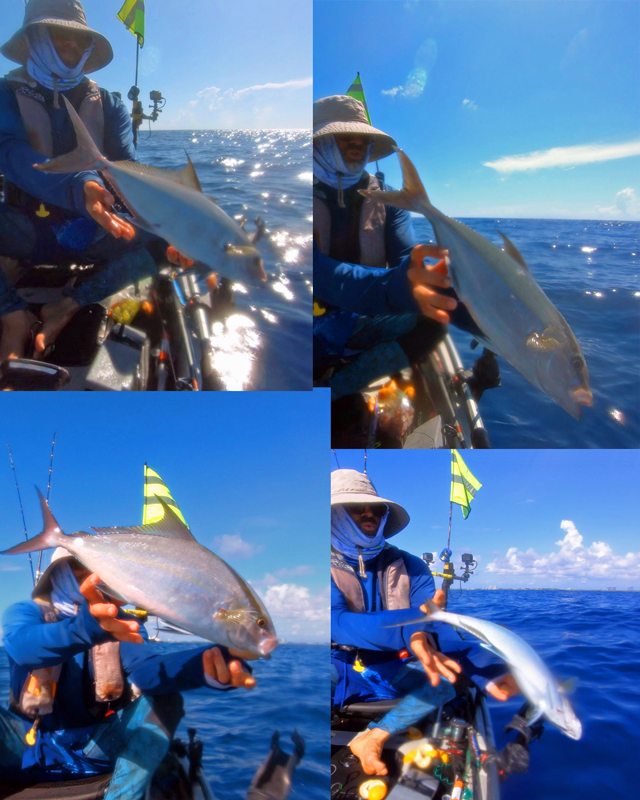 After releasing half a dozen Jacks and close to a dozen Little Tunny and small Blackfin, I finally caught another Blackfin worthy of harvesting. 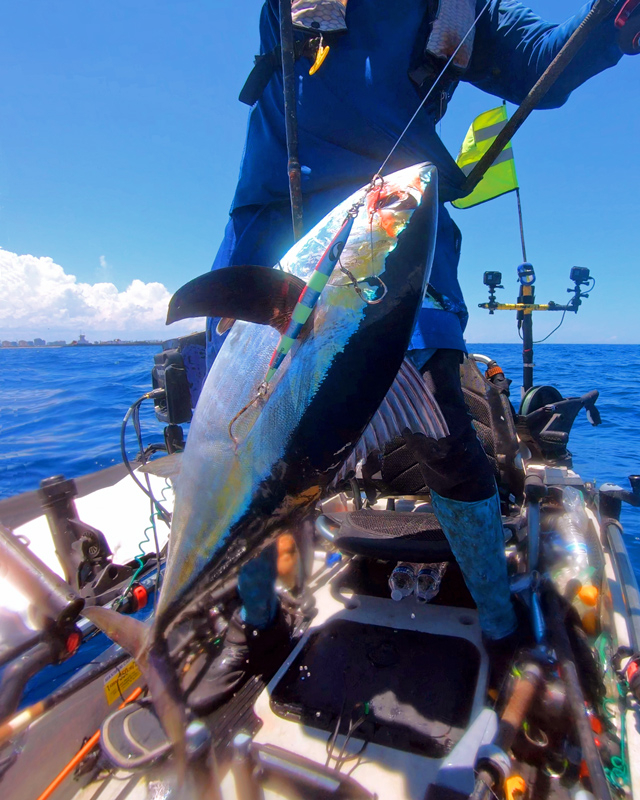 In mid-afternoon the wind came up out of the SE so I headed for the barn.