John McKroid Posts: 4,050 Captain
June 1 in General Paddle Craft #1
Two of us launched out of 16th st. to excellent flat calm conditions.  The goggle eyes were very cooperative and we were able to make bait quickly to have them ready for presentation off the third reef before sunrise.

Both of us managed to avoid the Sailfish that were feeding at sunrise.  Hooking a sail on the kayak is fun two or three times, but the commitment of landing, reviving, and releasing eats up a lot of time and often drags one far from the launch area, meaning a long tiring pedal afterward.  If the Sailfish were an acceptably harvestable catch, It would be fine, but to burn up that amount of prime time for a release is not worth it to many of us who offshore kayak fish on a regular basis.  If nothing else is biting, it's fine, but prime time sunrise on a sailfish means missed opportunities for other more desirable harvests.

As it turned out neither of us had any non-sailfish strikes during the first 2 hours after sunrise.  It was a slow day (for springtime fishing) for trolling baits and jigging.

Eventually, I had a few strikes on bait but had a poor 2 for 5 strike average.  The total count was a big King and a small Cuda for myself. 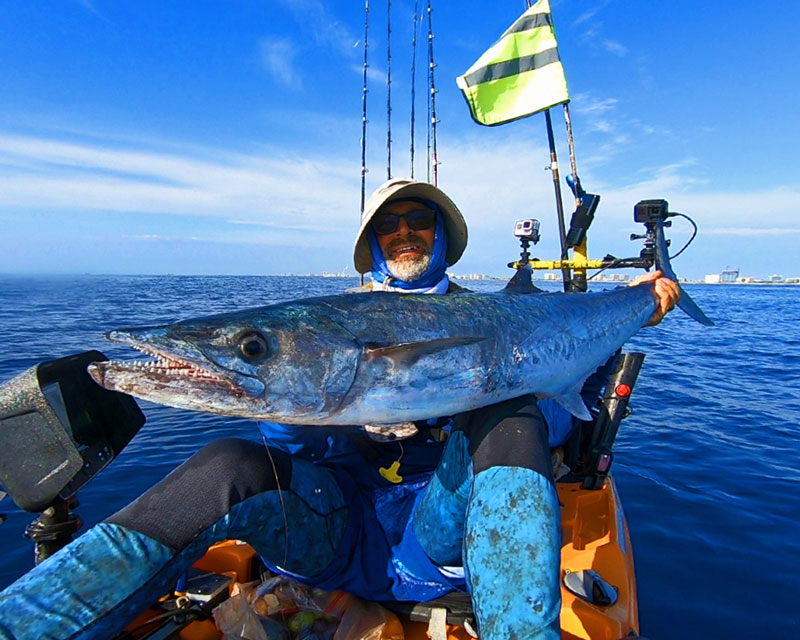 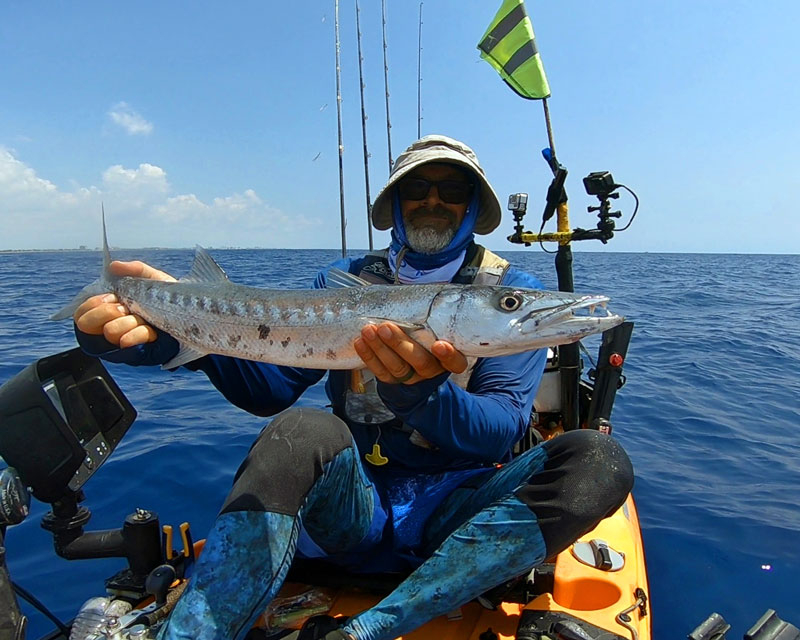 My friend had a Little Tunny and a nice Blackfin out deeper.  By noon, the current was too strong to fish deep, so we both headed in calling it a day.
0 · Share on TwitterShare on Facebook