John McKroid Posts: 3,928 Captain
May 3 in General Paddle Craft #1
Ft Lauderdale/Pompano Bch 27/28 April 2022
The weather has been too windy for offshore kayak fishing so had to make a run for it when the getting was good.  I originally planned to hit Pompano on the 27th, but when I woke up early and the weather had turned for the worse, I rolled over and went back to sleep – the weather looked better for the 28th.
Later that morning the weather had moderated so I did a mid-morning jigging drift out of Ft. Lauderdale.    Although I meter a good amount of fish the overall fishing was very slow for Spring. 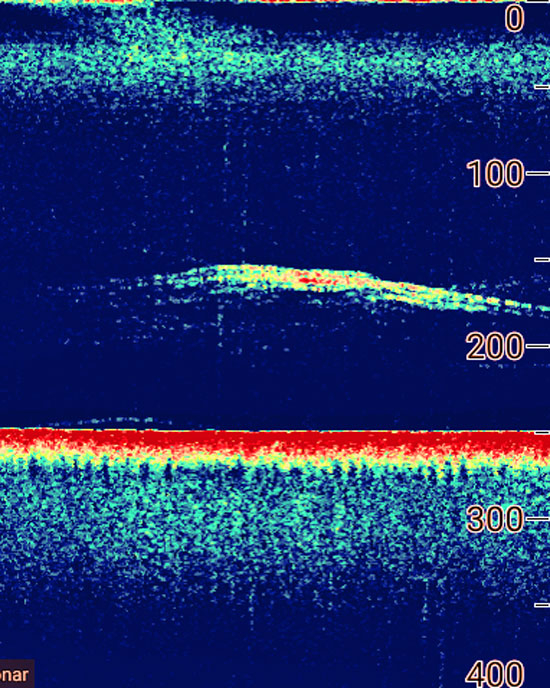 Eventually, I found what I was looking for – a nice Blackfin Tuna! 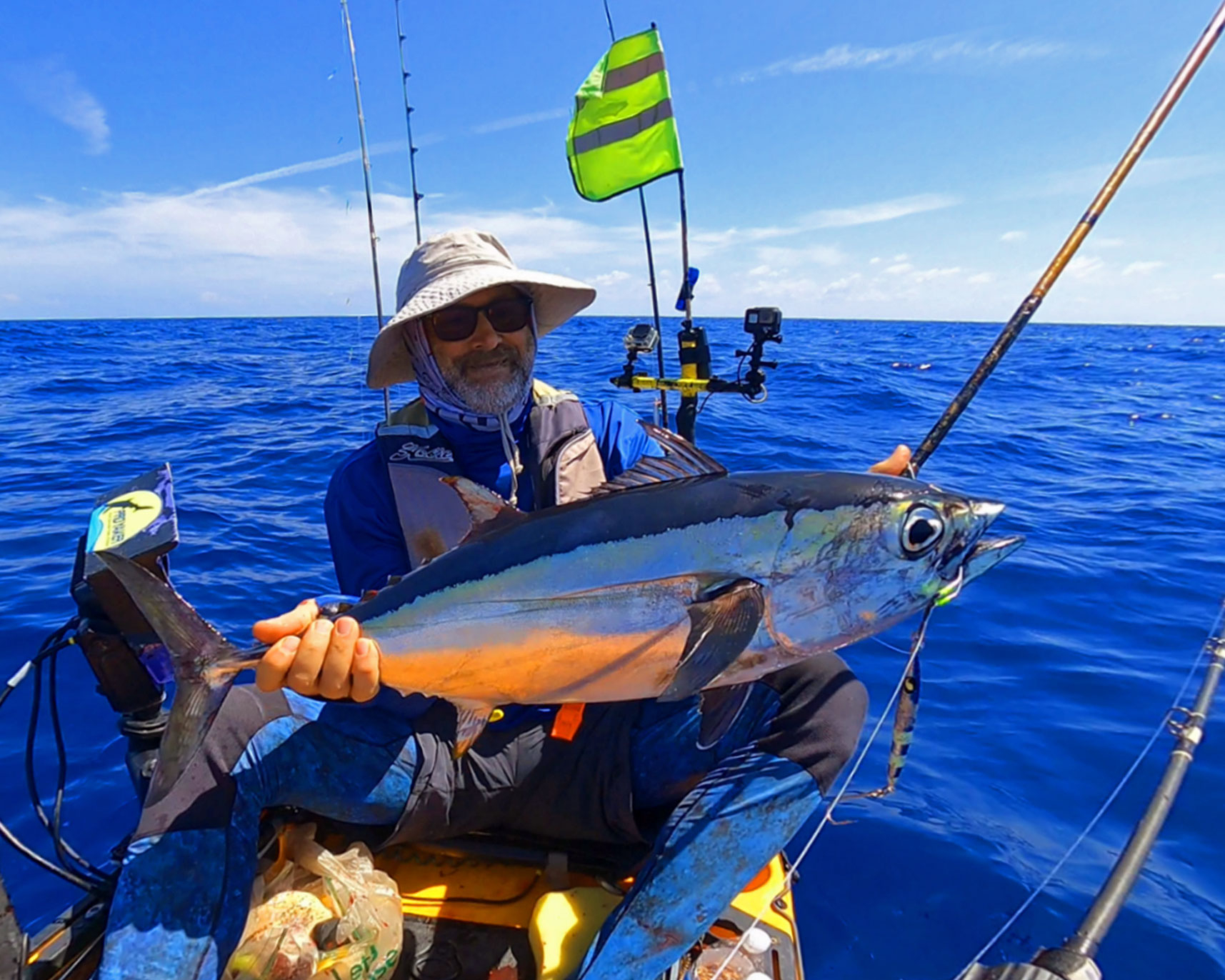 The tuna had some healed scars from what looked like a Wahoo strike. 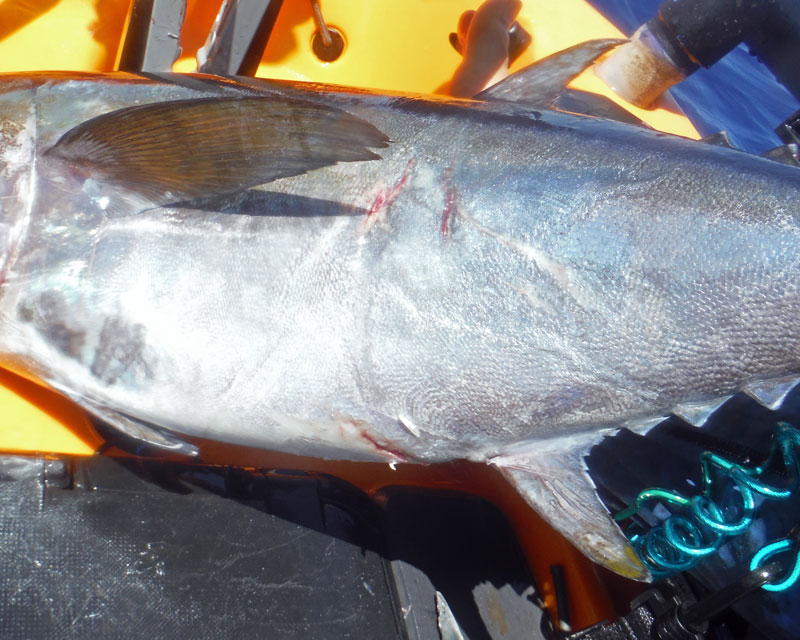 A year earlier, I did reel up a Blackfin that was wacked by a Wahoo. 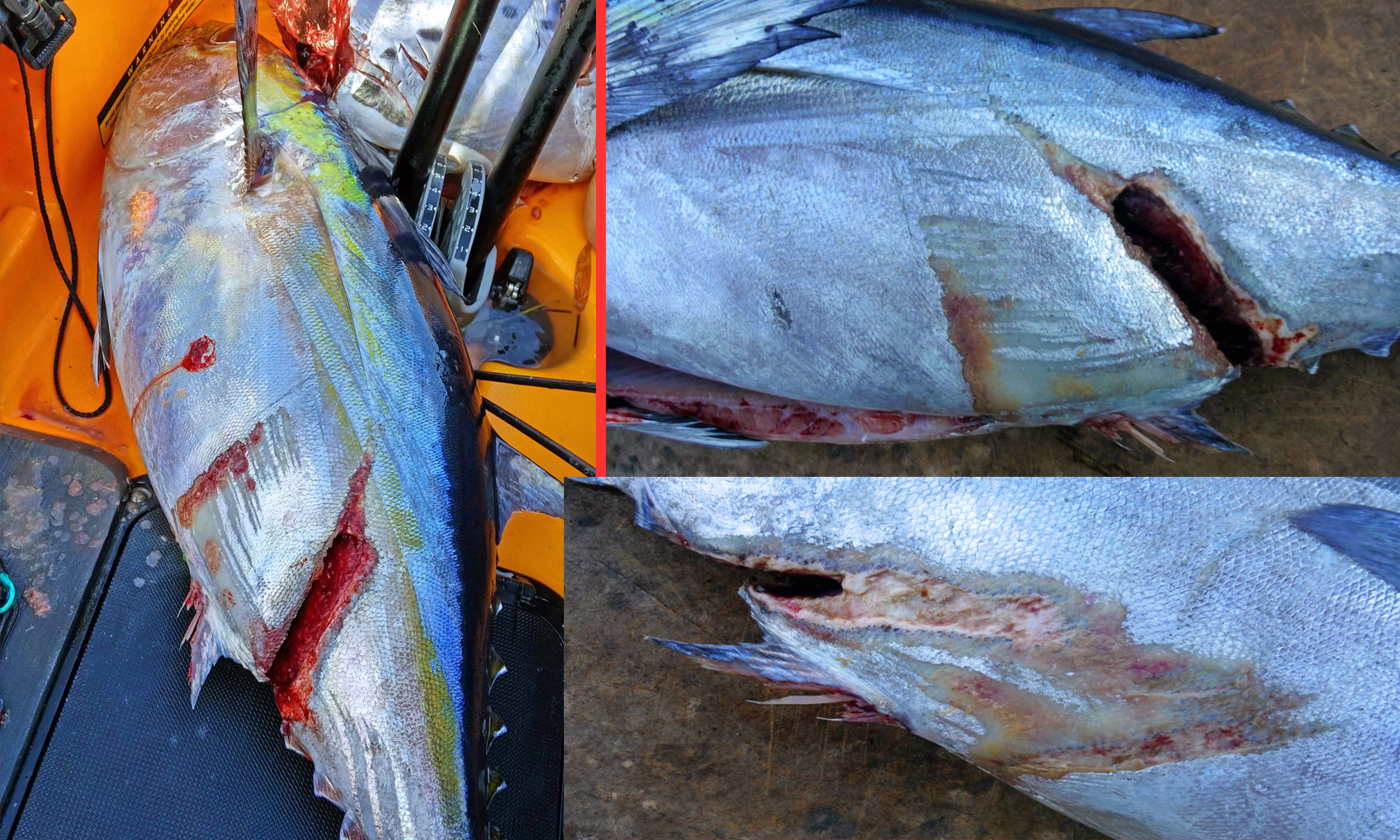 And a spoiler Little Tunny that I made poke with. 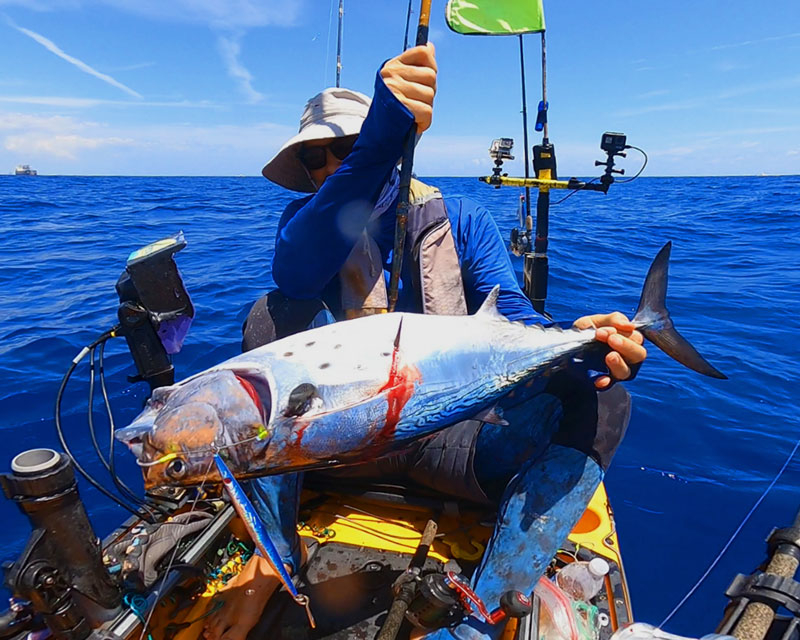 Thursday, the 28th, I launched out of Pompano two hours before sunrise to find easy catch goggle eyes.  I was out in 190ft with two baits 20 minutes before sunrise hoping for Mr. Wahoo.
Instead, I had a double strike by Sailfish. 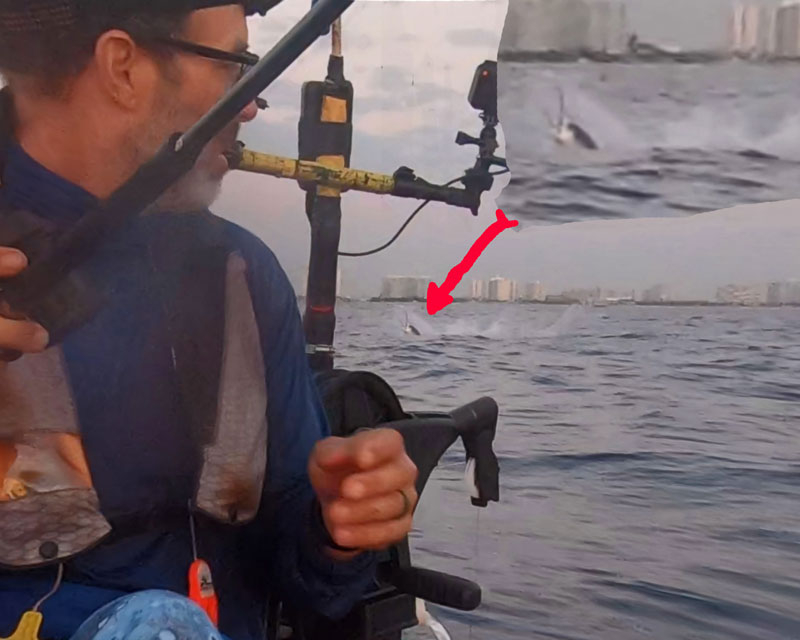 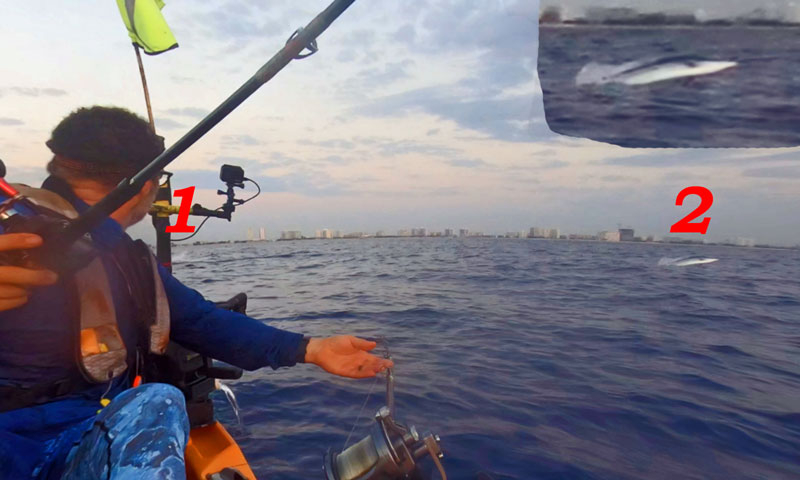 I was jigging a third rod at the time and unfortunately missed both strikes.  To add insult to injury a shark grabbed the bait after one of the Sailfish shook it. 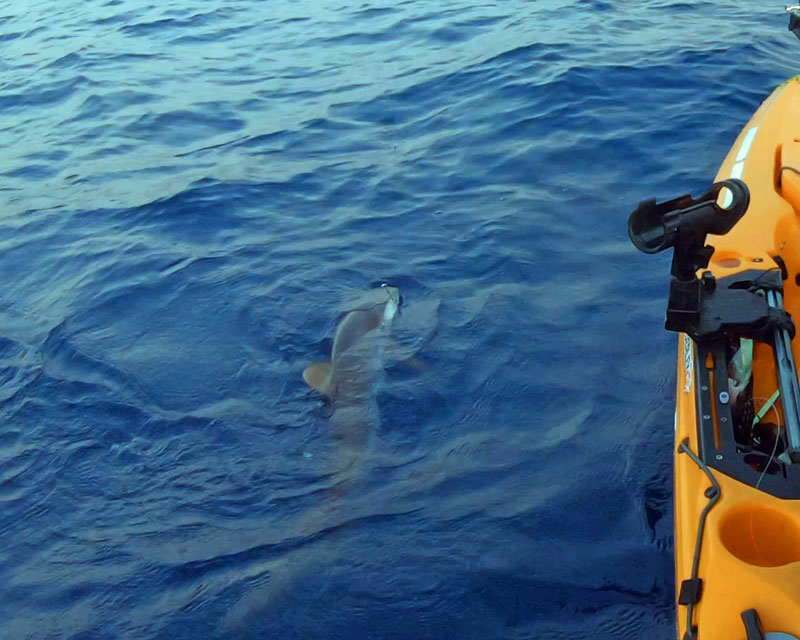 Pompano also had some good meter marks but few strikes. 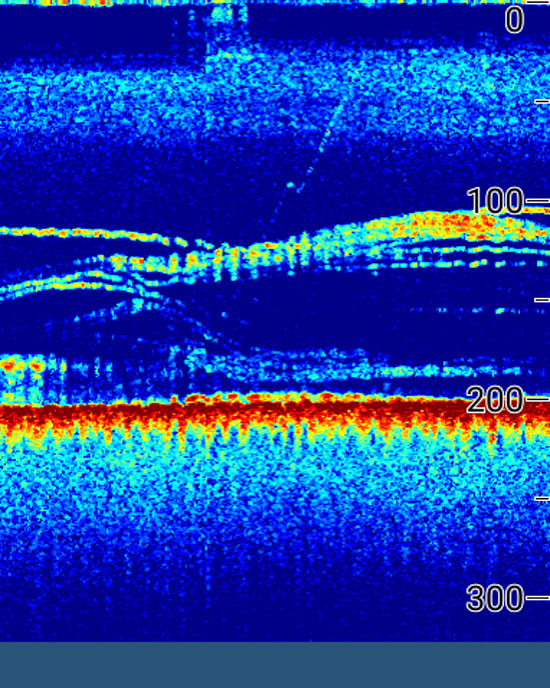 Eventually, I connected with a nice Reef Donkey 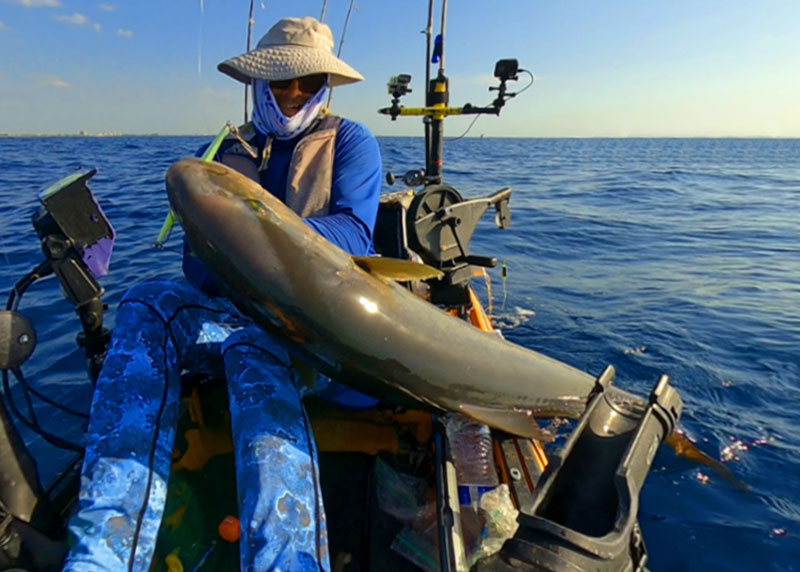 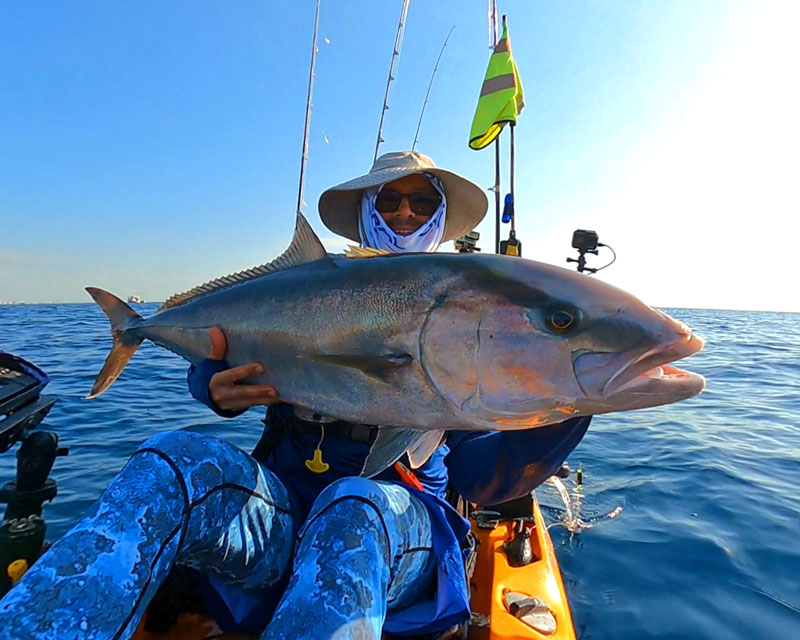 Other catches included a doubleheader of Little Tunny 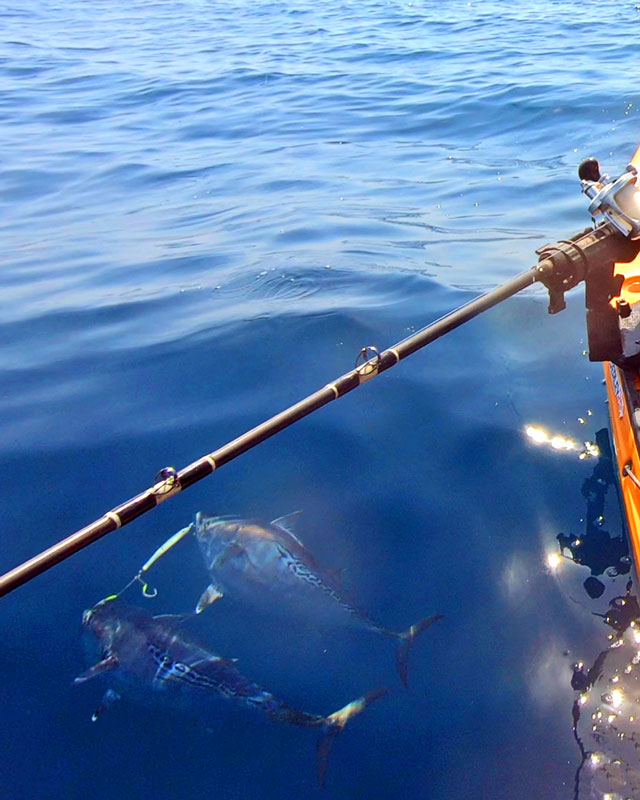 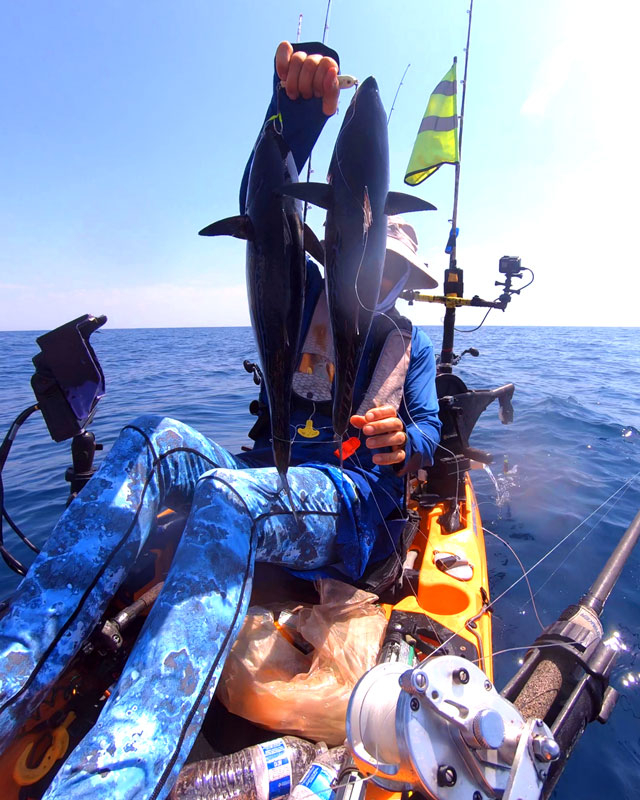 and a King Mackerel on the way in as the wind kicked up causing me to call it a day. 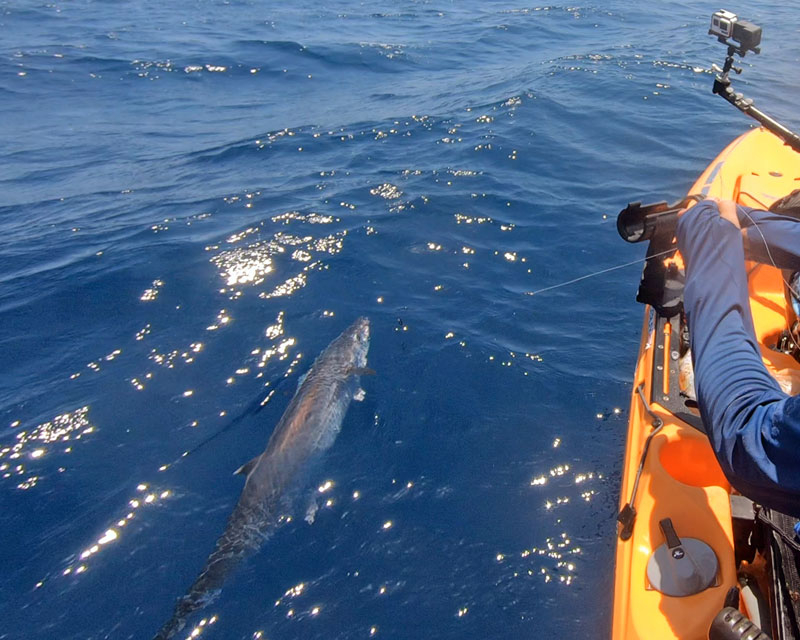 Given the amount of fish metered action was slow, but hopefully, the Spring bite starts soon.
0 · Share on TwitterShare on Facebook