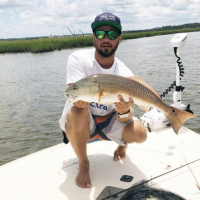 jt904 Central FloridaPosts: 129 Deckhand
December 2021 in East Central General Fishing & The Outdoors #1
Anyone been out with success lately? Oak hill, Edgewater, NSB Areas? Is the clarity coming back at all yet? Seen any grass coming back? Trout bite heating up? Any snook still around?

This forum is dead and people used to post on here weekly, not so much anymore. Just trying to spark some interest and see if anyone has been getting after it. I've been busy as hell with work and football season not getting out as much as I should.
176 Key West Stealth