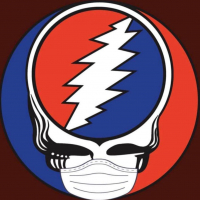 ProfessorO Senior MemberHollywoodPosts: 913 Officer
November 2021 edited November 2021 in South General Fishing & The Outdoors #1
Trolled North of the port for about 90 mins and only bonito to show for our efforts.  Set up in 30', 50' and 70' near the reefs offshore of Oakland Park chumming for snappers.  We caught a lot of fish but few keepers.  Current and wind were opposite at all 3 locations and lines were drifting to the front of the boat.
Two of us caught 6 muttons with just 1 keeper over 18",  3 yellowtail and 3 mangrove keeper snappers, bluefish, sharks,  10+ small lane and a few YT + mangrove snappers that were released, ~10 blue runners and 3 of them were brutes, 6 torro fish, squirrel fish, a small kingfish,  a bunch of grunts, a few jacks, and probably something else I can't remember. Calm seas and a bit cool.
The goal of scientists is to maximize what we know of the real world by using the mathematical world to optimize the information from the observed world.
1 · Share on TwitterShare on Facebook