gogittum Nature CoastPosts: 3,645 Captain
October 2021 in Boating #1
I mentioned a while back that many of the rivets in the bottom of my 16 ft Starcraft Seafarer were corroded and one had popped out, creating a bad leak while I was 9 miles out from the launch.

Don't be flaming at me, now - as I said then, I'd never heard of such a problem and didn't know to look for it. 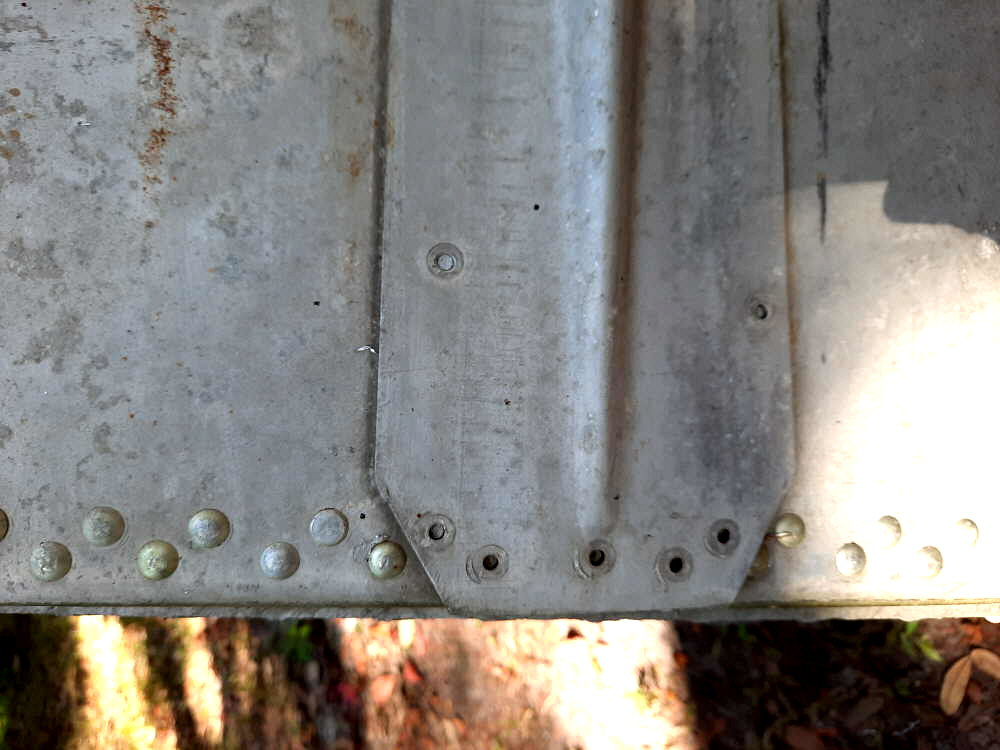 It were some strange, because some of the rivets were fine, others were completely missing the heads, yet others in between.  Almost all of the transom and chine rivets were in good shape; almost all the keel rivets in the rear 2/3 of the boat were bad.  The rear half of the boat was almost coming apart, the front half almost fine.  Go figure. 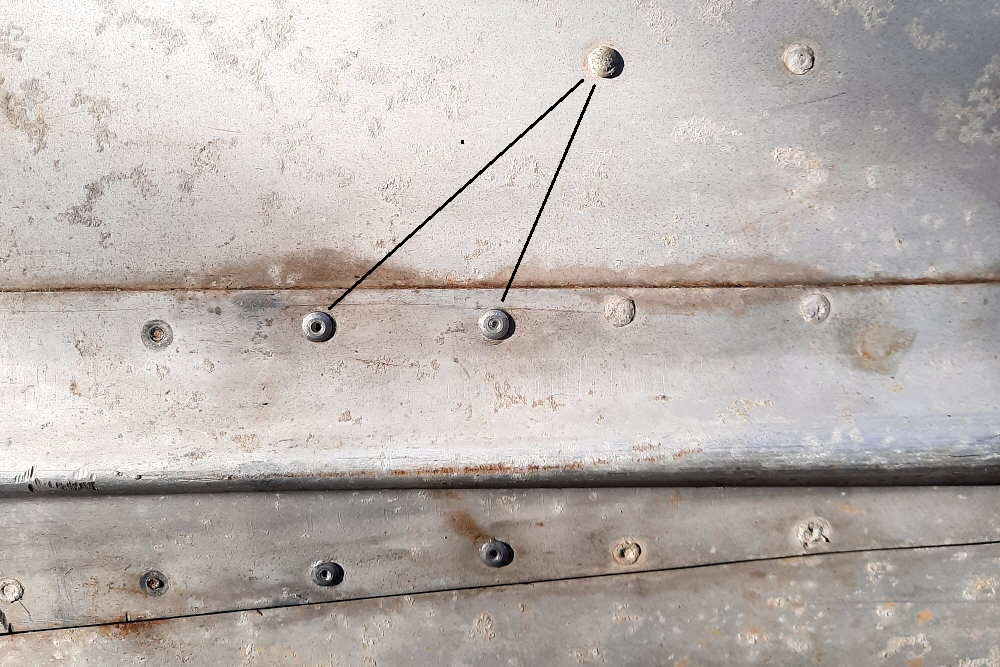 I used 3/16" closed end aluminum pop rivets with steel mandrels and I'm here to say those things "really" grab and squash things together.  Can't squeeze more than 1 or 2 with the little rivet popper pliers - I had to buy a big 2 handled monster from Harbor Freight.  That handles them.  It's kind of like a bolt cutter with rivet puller instead of cutting jaws.

The 5 rivets on the right side of this shot are typical of what I found.  They weren't leaking but neither was there any structural strength.  All of those were replaced.  The pop rivets have very close to the same contour as the original driven rivets.  These were among the 1st few that I sealed with silicone.

Where many were bad, in a few places the strake or keel showed a gap between them and the hull, so I used Clecos to suck them together before popping.  Handy gadgets.  The rivets in right and lower right are good examples of those I replaced. 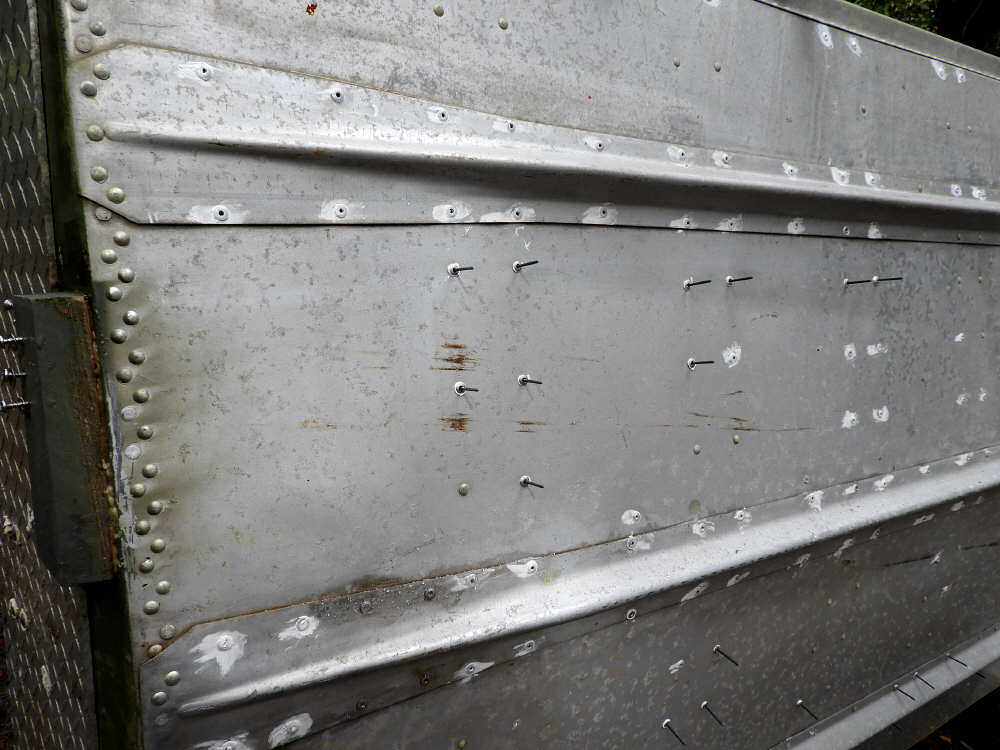 The 1st 15 or 20 rivets were bedded in 100% silicone, then people here told me that I should be using 5200, so I listened and switched.  I really doubt there'll be any problem with the silicone sealed ones, so left them be.  Then I smeared each one to make the ones I'd worked on more visible and smooth them out a bit.  This really shows how bad it was.  I finally finished up today and it took a total of 171 rivets for the repair. 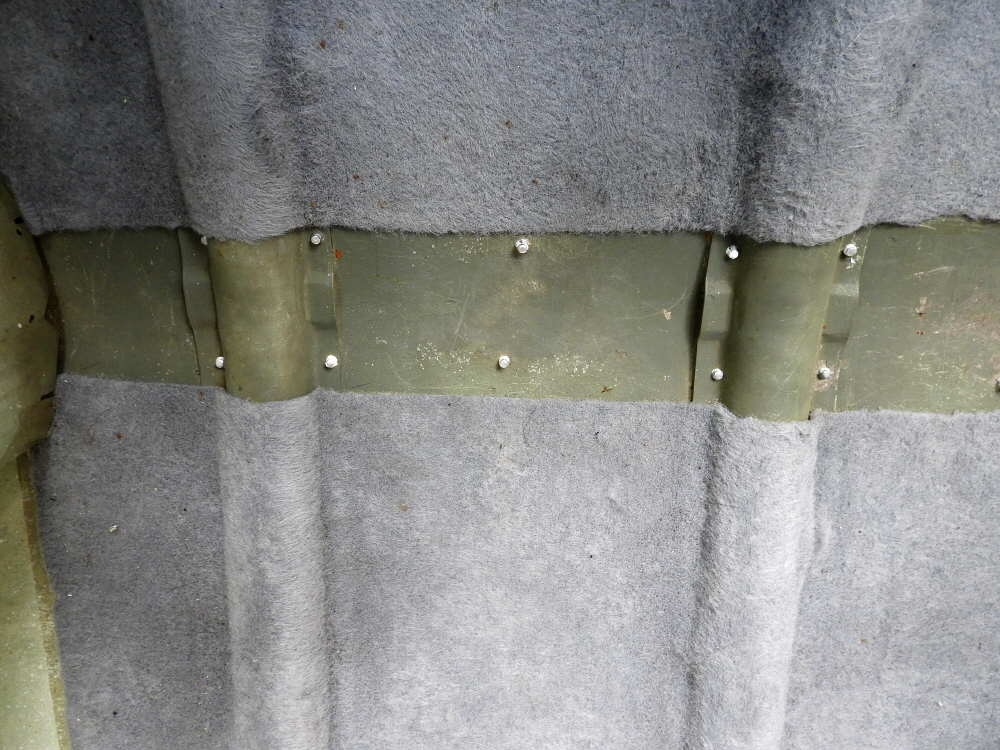 I really doubt these are going to leak; they are rock-solid strong and this will be a lifetime repair.  One question:

Each of those pop rivets leaves a 1/16" hole in the outside, where the mandrel popped loose.  I'm not concerned about them leaking - they won't - but in salt water the steel core might cause electrolysis with the aluminum rivet.  I tried filling them with 5200 and with silicone, but it just smears over the surface and makes a bump.

Is there a practical way to fill and seal those holes, or should I even worry about them ??