catchemup Posts: 490 Deckhand
October 2021 in South General Fishing & The Outdoors #1
Fished this past Wednesday.  Beautiful weather and calm seas. We decided to spend the day hunting for dolphin. Loaded up on live pilchards and we rigged a bunch of  ballyhoo in case we had to go on the troll for them. While the weather and conditions were primo the VHF was pretty quiet. The ocean looked swept  clean. We found no weed patches or even scattered weed. …nothing to pull up alongside and fish livies. We also never found any floating flotsam or birds. In the end we were grateful to find an occasional slick or rip to troll alongside usually between the “55” and “50” line from Haulover to the Diamonds. We managed to pick up a few dolphin trolling blind picking them off one at a time  on the ballyhoo and small jigs. Ironically the two best fish hit the jigs. We  managed to get 6 with one an inch too small and released, three decent lifters, and a couple that we stuck with the gaff. None big...but glad to see the bunch had some decent size. 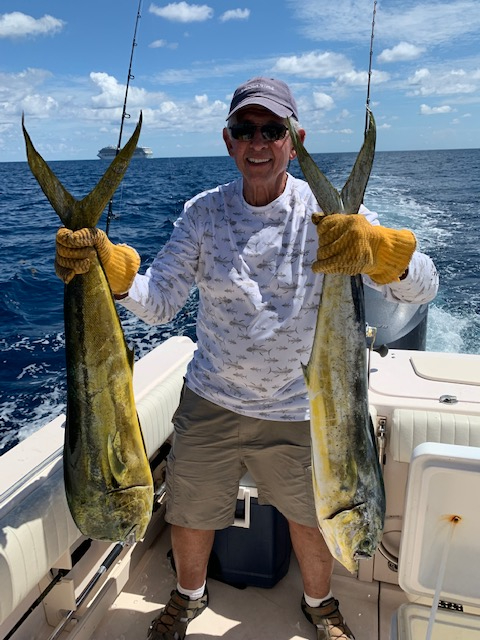 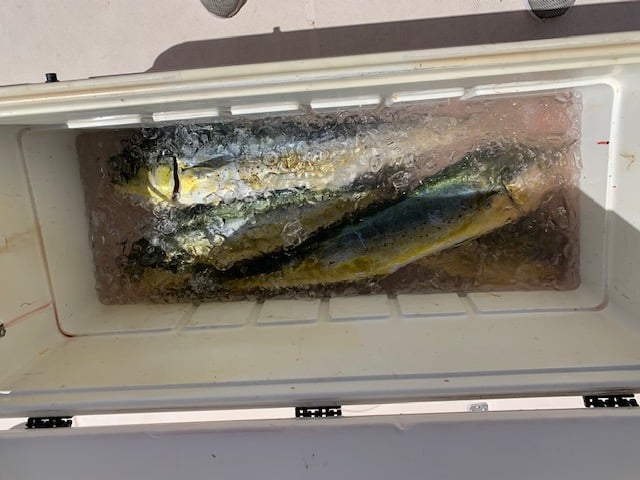