John McKroid Posts: 3,492 Captain
August 23 in General Paddle Craft #1
The full moon is the time of the month when SE offshore kayak anglers dream of catching a Wahoo.  I plugged my live well with goggle-eye baits early in the morning off the beach and headed out just before sunrise. 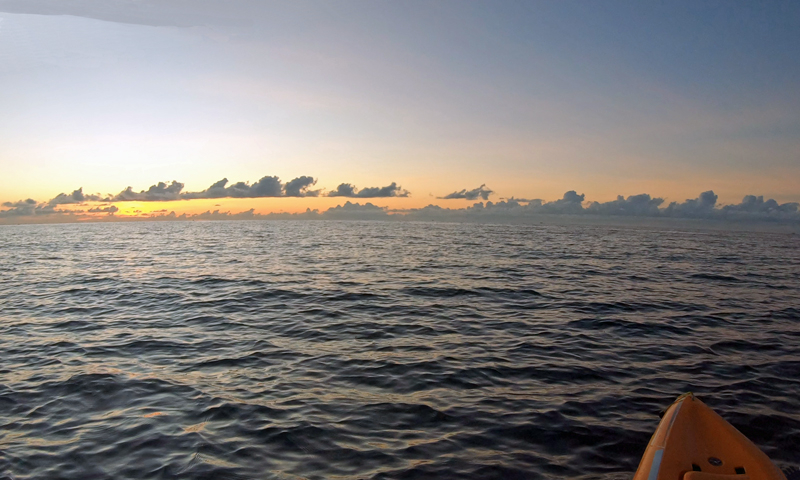 I deployed a deep and a surface Goggle-eye bait when I reached 80ft off the area known as the Junk yard -- a conglomeration of ship wrecks.  It did not take long for the first surface bait(a huge gog) to get inhaled by a King Mackerel. 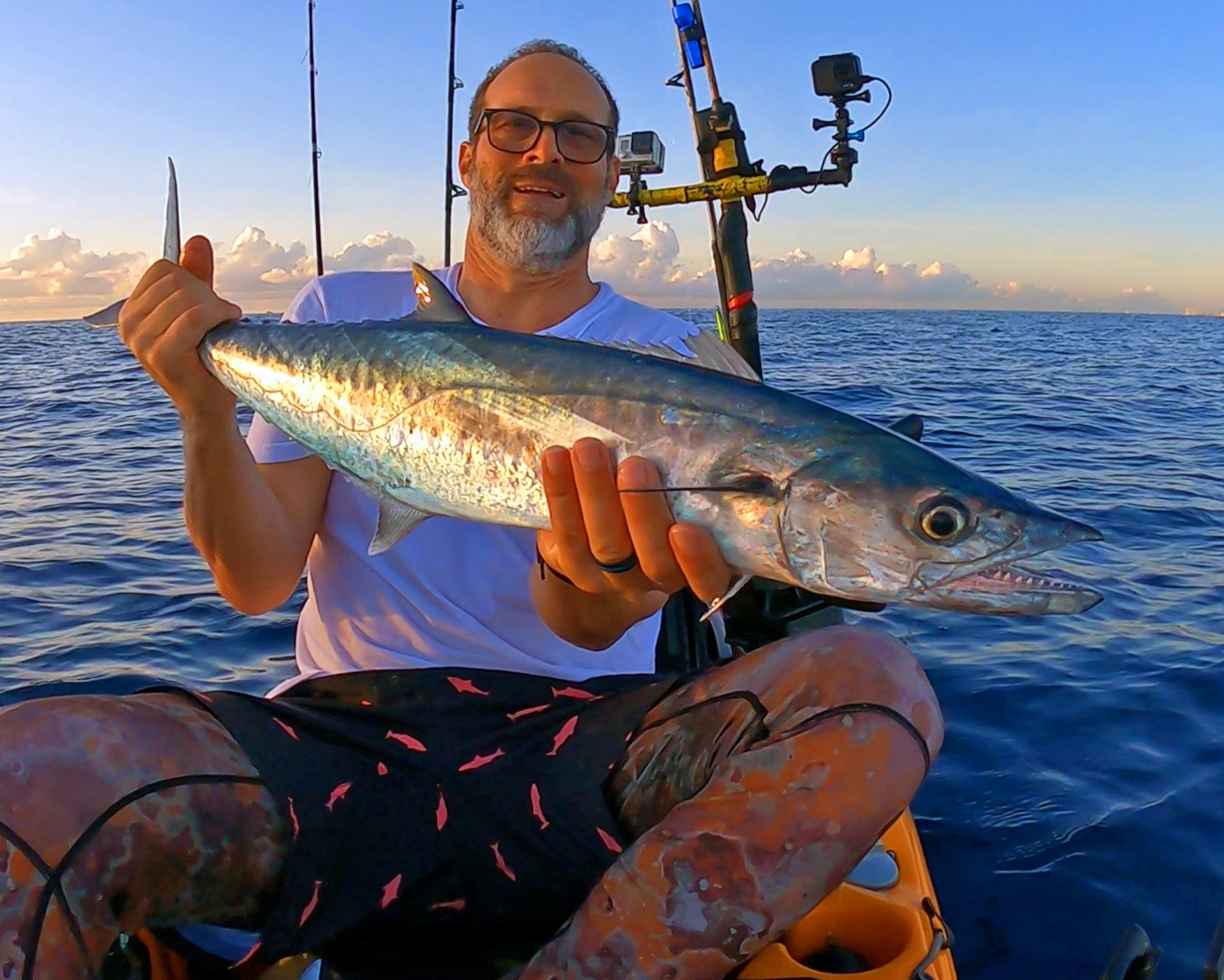 Back in the water it went to be taken another day.  The next two baits on the deep rig were missed, perhaps missing the fish I was wishing to target. 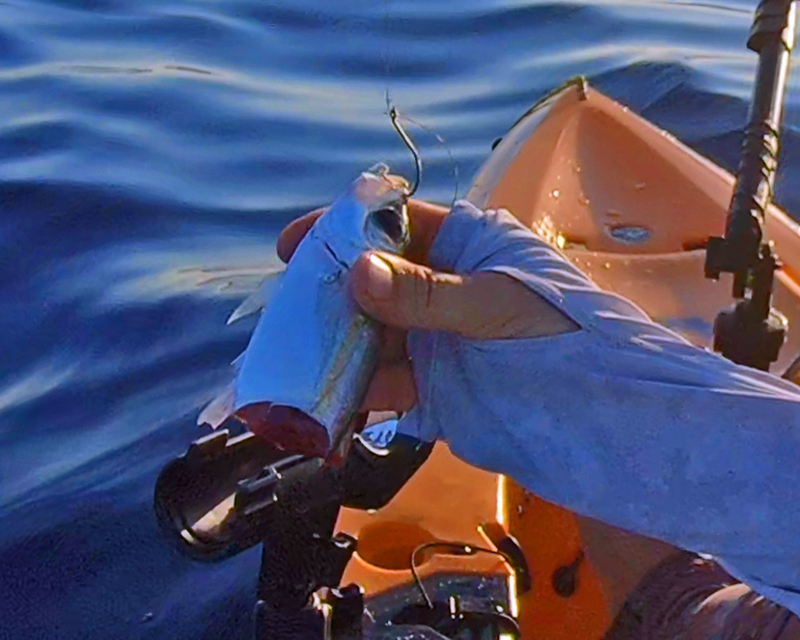 As I pedaled out deeper, I learned that the current was over 2kts in 200ft.  It was a good thing that I was doing a drift as it would have been a very short trip otherwise.  The stronger current made it difficult to spend any time on the deeper wrecks, I managed one drop on each while passing them by, but still managed to jig up a few fish. 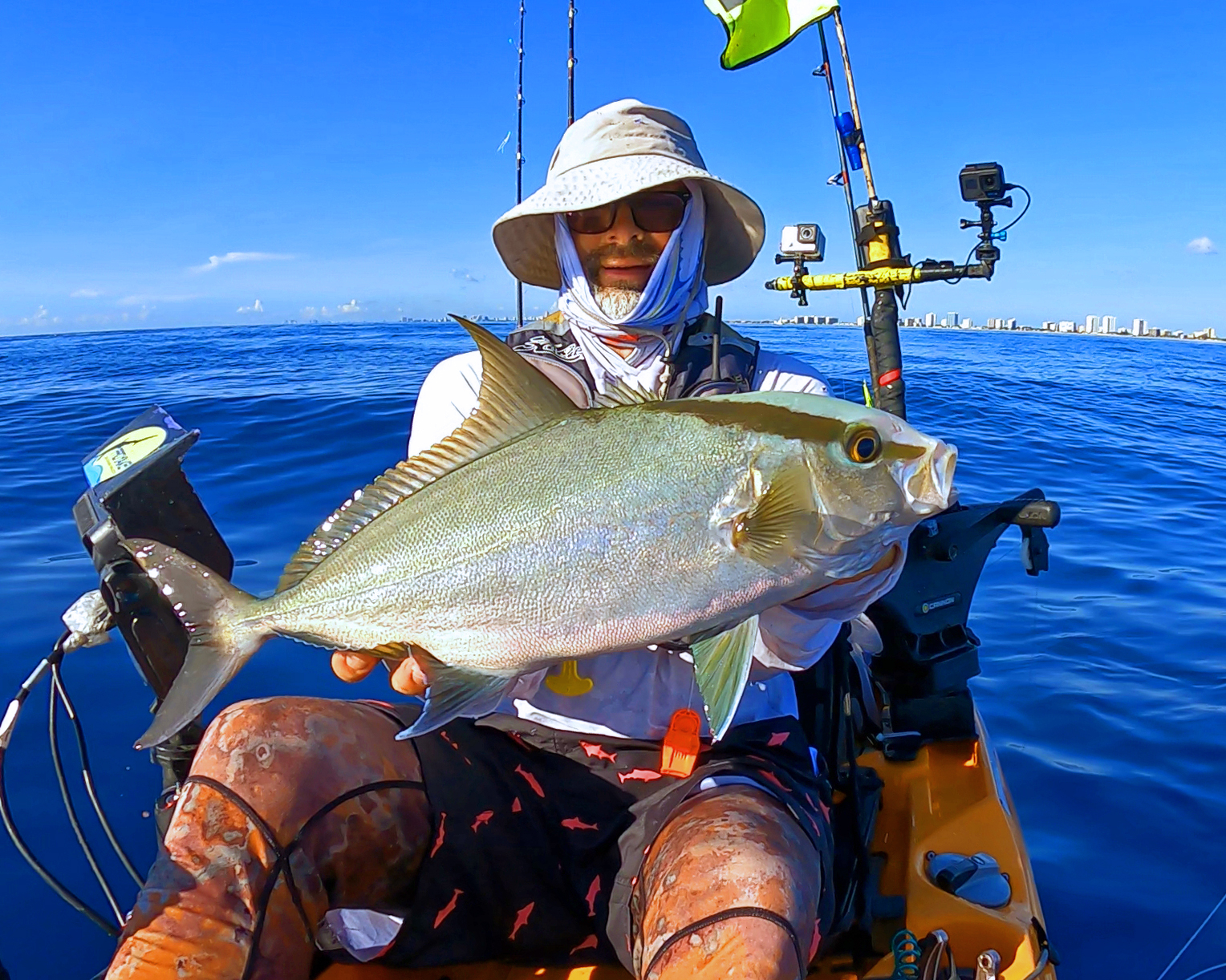 The Almaco Jack was CPR'ed. 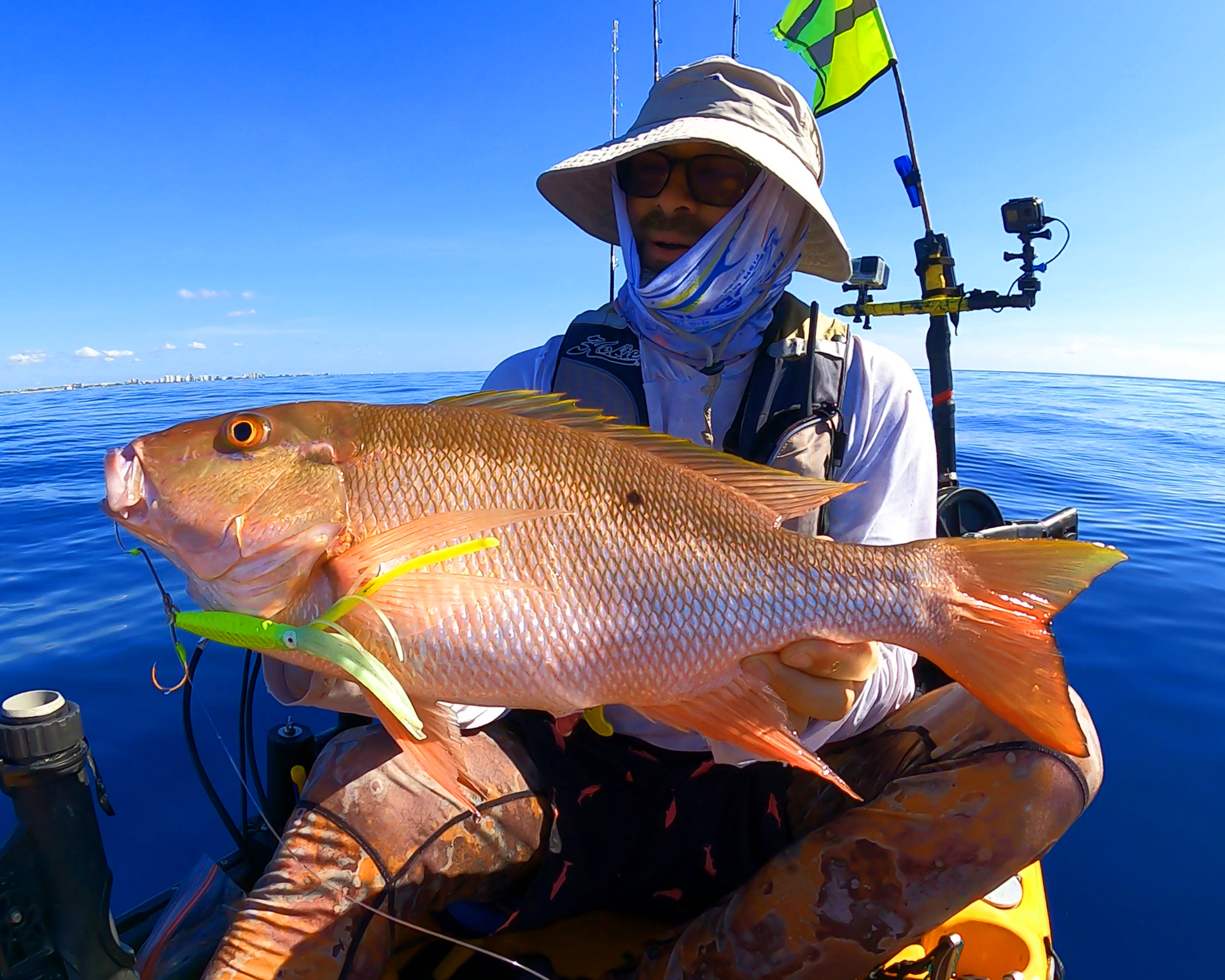 The mutton and the Little Tunny made the day.  Most think of Little Tunny(aka Bonito) as junk fish, but recently I have been making some tasty Poke out of them.  They need to be spiked, bleed and gutted pronto.  Wide margins are cut to remove the dark meat and when used fresh, I cannot distinguish the taste from Blackfin prepared in the same manner as Poke. 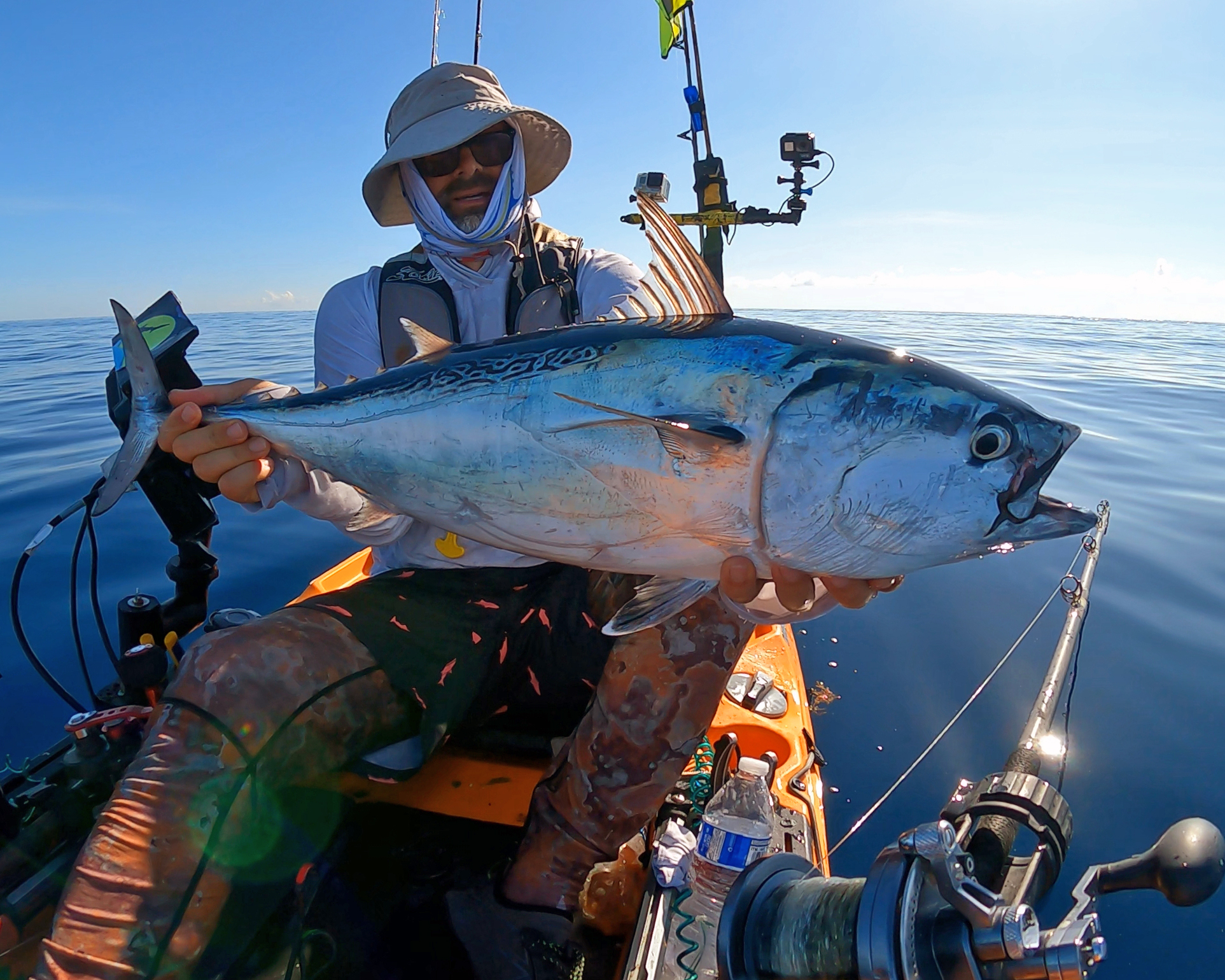 On a current break in 180ft off Deerfield Beach, the Second king hit the deep live goggle-eye bait. 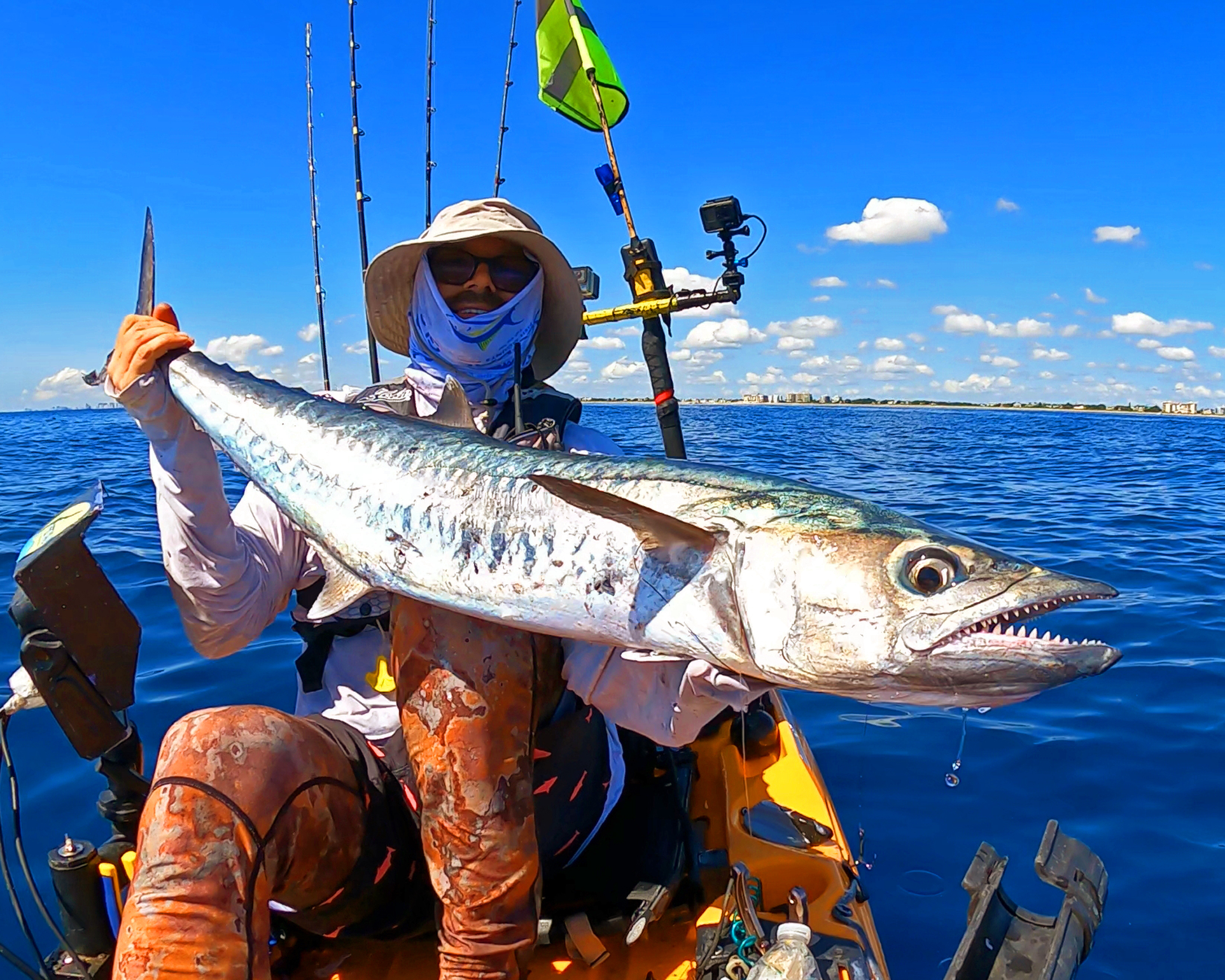 After that, I made one pass on the Hydro Atlantic for zilch and headed in for the day.   Wahoo was not in the cards for me today

One of my fellow yakkers: Ricky from the FL Fishing Channel had better luck out of Dania Beach. 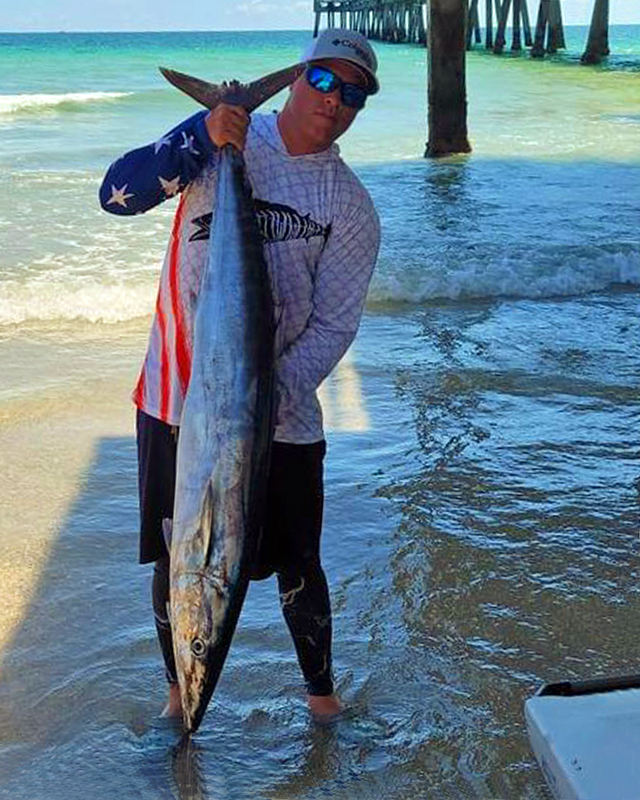