Pogies and kings in st aug

creekgeek Posts: 1,123 Officer
August 13 in Northeast Fishing Reports #1
I'm usually past the urge to kingfish at this point in the summer but two weeks in Idaho and rain and early winds and yadayadayada have kept me from getting a full summer king fix. And, my youngest daughter has not been on the ocean on a dawn king trip and agreed to go Wednesday so we hit vilano around 630 and looked for some big mullet. After 20 minutes of nothing I figured we better go look for pogies which, for me, have been few and far between this summer in st aug. We rounded the north cut inside the shoals and immediately saw plenty of pelicans due east. Just on the north edge of the shoals we found what we needed and more in one net toss and headed east to 4 mile. It was quiet. Four lines out and no action. Our first two knock downs were sharpnoses and Sophia was tired of pulling on sharks. I saw a rod tip bounce on a weighted like and took the rod from the holder thinking another shark was pulling a pogie off but dropped the tip and gave it a twitch and zzzzzzzz,,,,zzzzzzzz. Zzzzzzzz,,,ok, maybe a real fish. After a good long run the line stayed up near the surface and I was pretty sure we had the right fish. Sophia wanted nothing of a third shark so I told her she better at least get the gaff out. A few circles later and she put the big hook perfectly into a nice 20lb king. 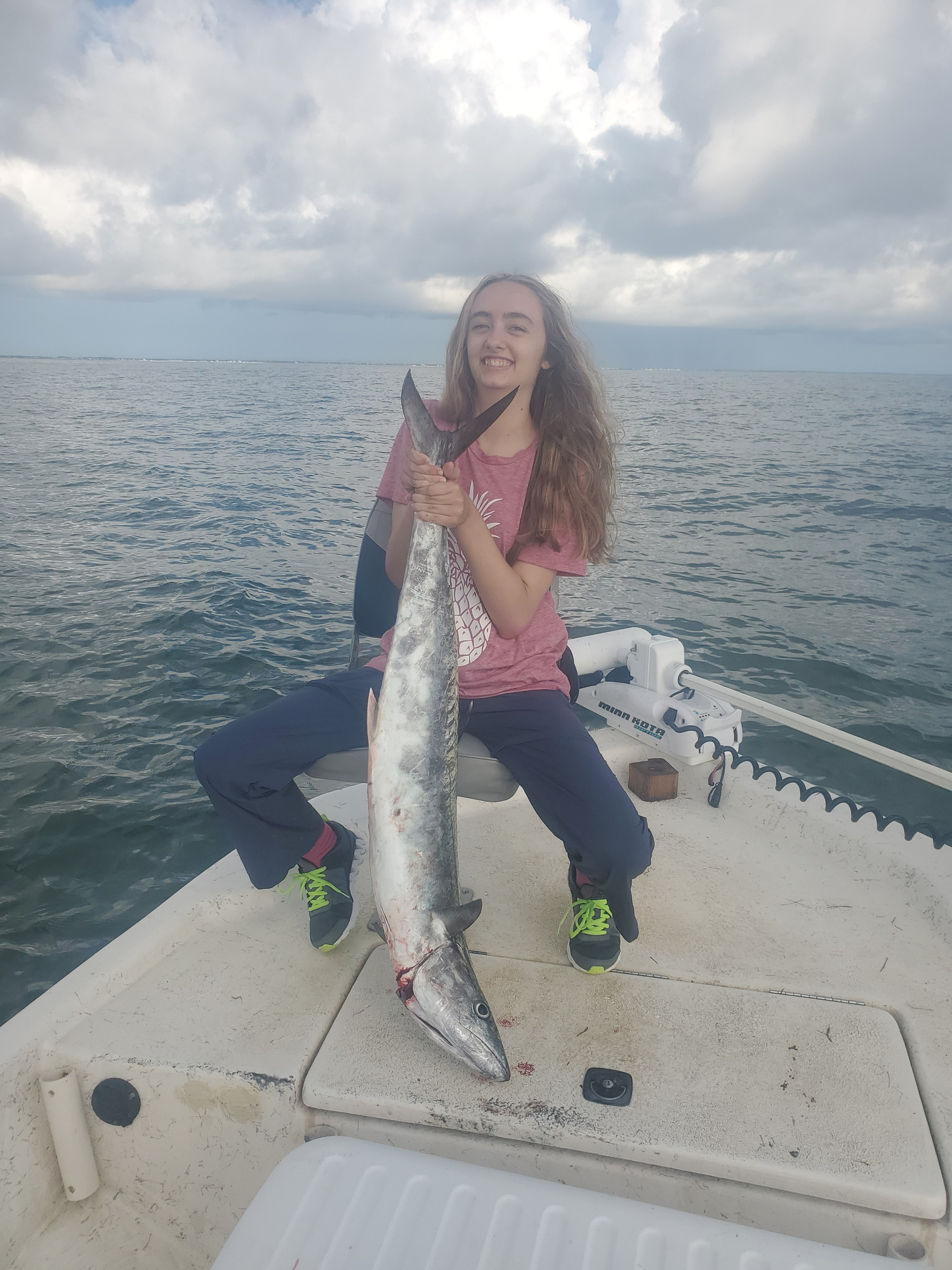 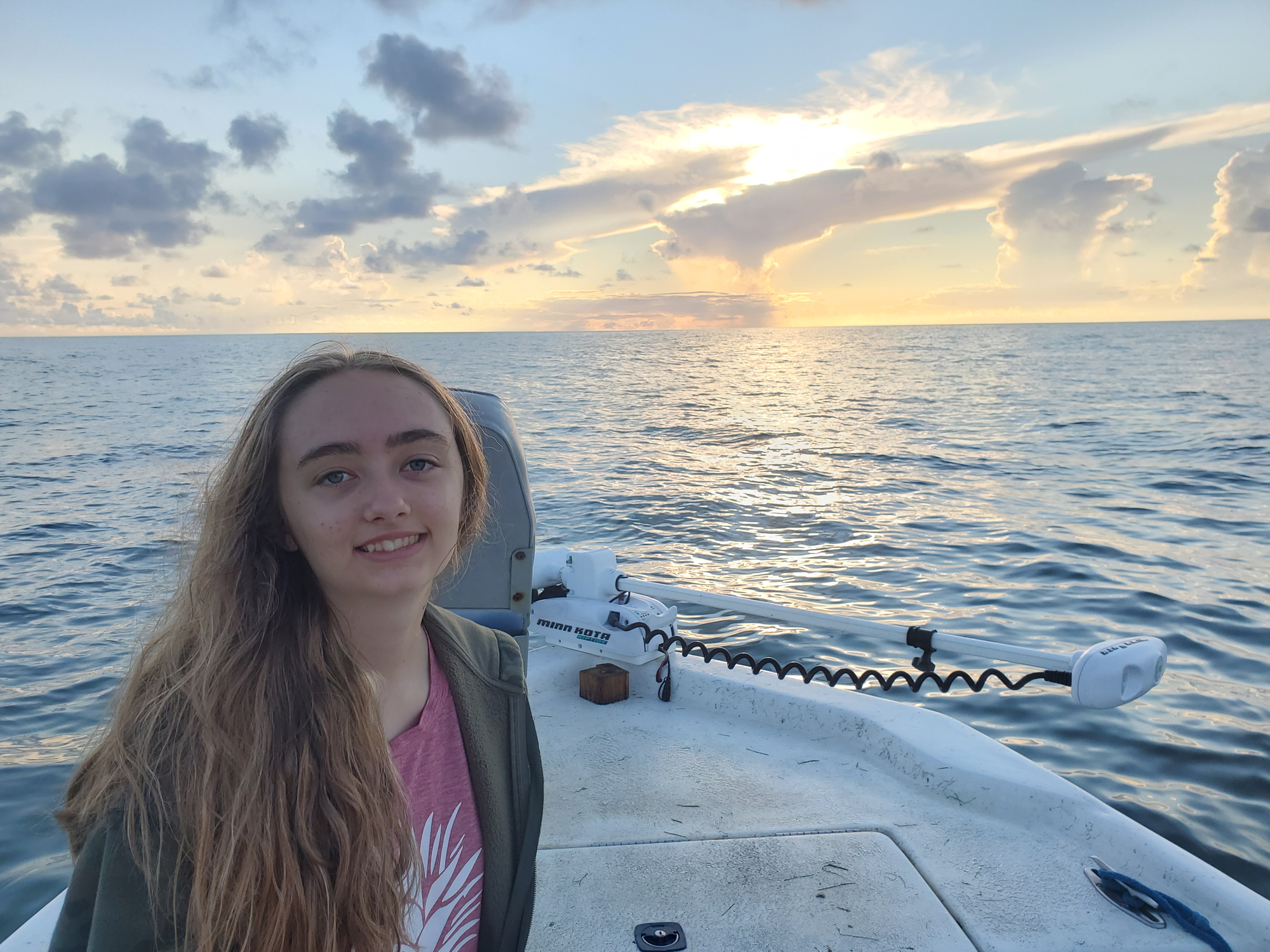 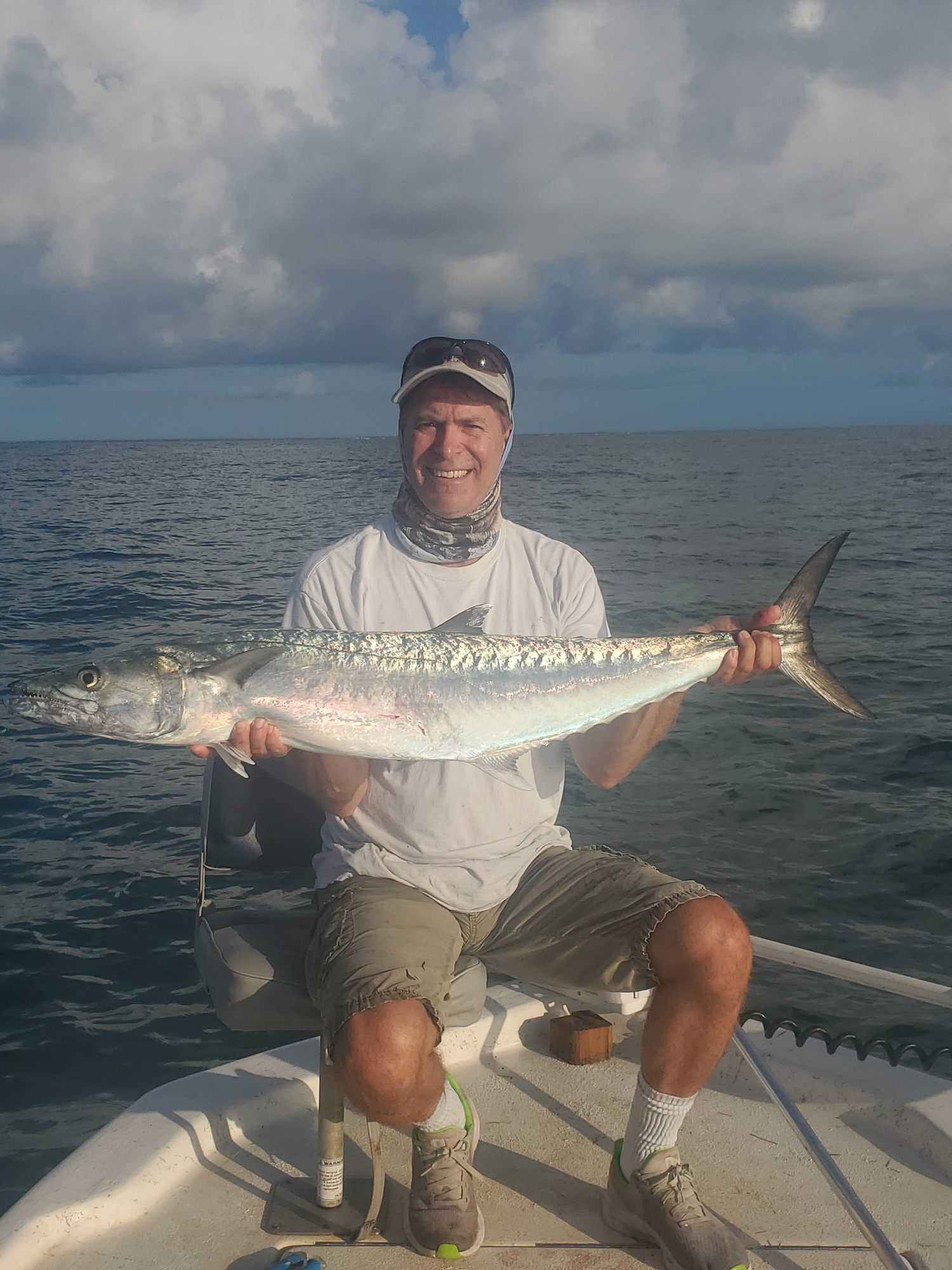 Beautiful day on the ocean. We all go back to school Monday.