Didn't win the Tournament but won a great day of catching on Friday!

Fishing has been limited as my wife has been in Texas babysitting last week and will be there for about four more weeks and I am dog sitting for a prima-donna dog that likes to sleep in, later than I do.  I got out this morning at 8:00 with Emilio from Oakdale, New York.  Needless to say the bait boat was long gone, kind of……  I loaded up on hearty live Shrimp.  We started fishing in the Manatee Pocket.  Not one bite at the boat ramp, slow on docks, although I led off with a big Sheepshead and two Jacks.  Hit a favorite dock and not a bite, so it was off to the beach, as it was a strong incoming tide at 10:30.  By 11:30, we had about 16 Snook in the boat using live shrimp, the bite was on fire.  Stuart Live Bait came to the rescue and delivered us Pilchards right to the beach!  Amen!  The bite continued, although the winds kicked up and it was getting tough on my old hips rocking and rolling, so it was time to leave fish biting to go find fish, and we surely did!  Sailfish Point was also on fire and we ended the day in excess of 38 Snook landed and in the boat and many more hooked, jumped, and spit the hooks.

Emilio was ecstatic with his 14 Snook and my shoulder is on fire from landing 24 Snook, 1 Sheepshead, 2 Jacks, and about 4 Atlantic Threadfin that were over fourteen inches.  I never caught Atlantic Threadfin before or knew what they were, had to make a call to a friend for a fish identification.  Great day although it didn’t beat my boat record with Jorge at 43 Snook and a Tarpon in four hours, a few years ago. 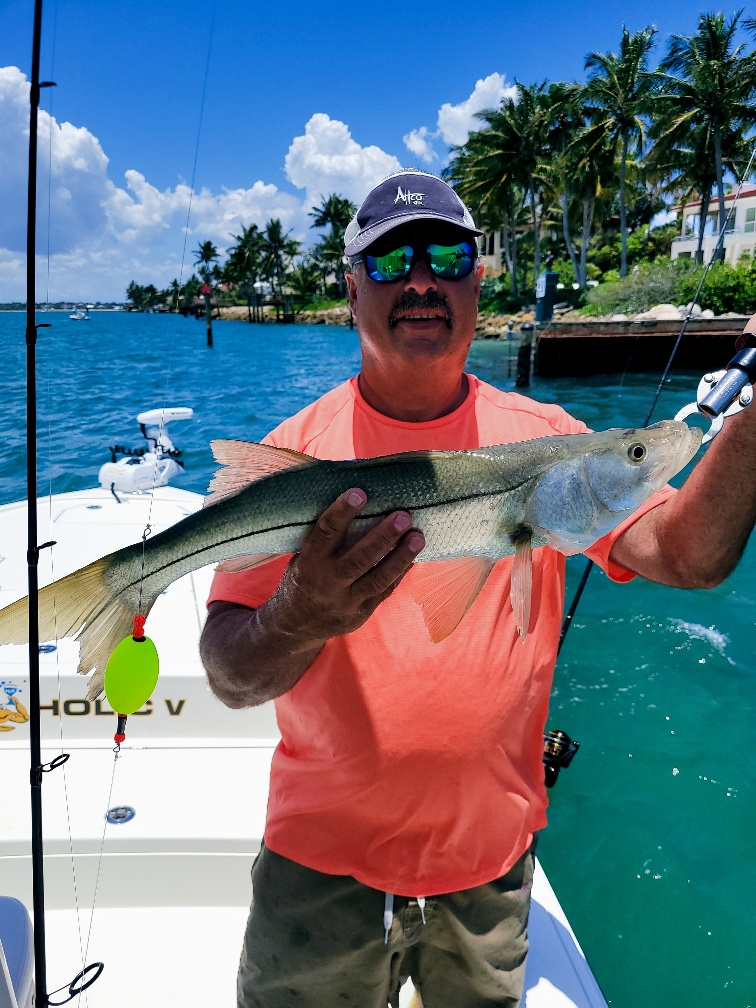