TBT - The Old Man and The Sea

xenia Posts: 979 Officer
June 10 edited June 11 in South General Fishing & The Outdoors #1
Not the book or the movie, but a real Old Man and the Sea, my dad, who passed away this past weekend at the age of 96.  His fishing career spanned over 75 years and began in the same town made famous by Ernest Hemingway in his book.  My dad began fishing professionally around 1940 when he would row a boat for an old fisherman who fished very much like Santiago did.  A few years later he and his older brother (my uncle) got their first boat and fished with drop lines at first, then buoy sets much like today's buoy gear used by local swordfishermen, and eventually longlines off Cuba's north coast.  His stories are too many to tell right now, but they are all amazing and true.  Among his most memorable catches were two very large Mako sharks.  One was caught in 1958 while The Old Man and The Sea was being filmed and he sold it to the film crew.  They didn't have a scale big enough to weigh it so they estimated it to be 1,600 lbs and paid him .10/lb, or $160.  Not a bad single day's paycheck for Cuba in 1958, and I'm sure that was not his only fish.  My dad told me he didn't think it was really as big as 1,600 lbs, but it was definitely huge.  I have been meaning to contact Warner Brothers to see if the outtakes from the movie still exist to see if that huge mako is in any of them. Would be an amazing sight to see.  A few years later in 1962, when I was three days old, he caught another large Mako and this time the local coop had a big enough scale and I believe the weight was around 1,050 lbs, but he said the one in 1958 was larger.  By 1962 my dad had caught two 1,000 Makos!  His biggest single night's catch was 21 sharks and one swordfish that weighed over 7,000 lbs while fishing in a 30' wooden boat with a single diesel engine.  They had to tow many of the sharks tied to the side, with winds out of the NE at over 20-25 knots.  He said if he'd had any common sense he would have cut his catch away and made a beeline for shore, but I guess he didn't have any common sense back then.  He would see Hemingway all the time, and even met him on at least one occasion.  One morning as my dad was taking his boat out to dump the discards from the previous night's catch, Hemingway waved him over and gave my dad $5 and a bottle of wine in exchange for a large swordfish tail that he was about to toss into the ocean anyway.  Technically speaking, my dad did business with Ernest Hemingway!  But I think his greatest accomplishment was risking his life to get me and my family to freedom in this country, and he did so with no compass or charts, and still he managed to sail into Boca Chica channel by Stock Island in Key West.  When he first set foot on land he kissed the ground and was thankful for being here till the last day of his life.  I like to think he earned his place here.  He not only taught me all I know about fishing and the sea in general, but also to humble in it's beauty and power, and to appreciate whatever the sea gives you and not be greedy.  I will miss him, but will always be thankful that I got to spend such a large part of my life fishing with dad, and living through him a time long gone, when GPS and fishfinders did not exist.  Now my task is to pass this along to my kids.  Thanks dad.  We will fish again.

Shark catch from late 50s/early 60s.  This photo appears in a book titled "Hemingway and Cuba".  My dad is the one without a shirt. 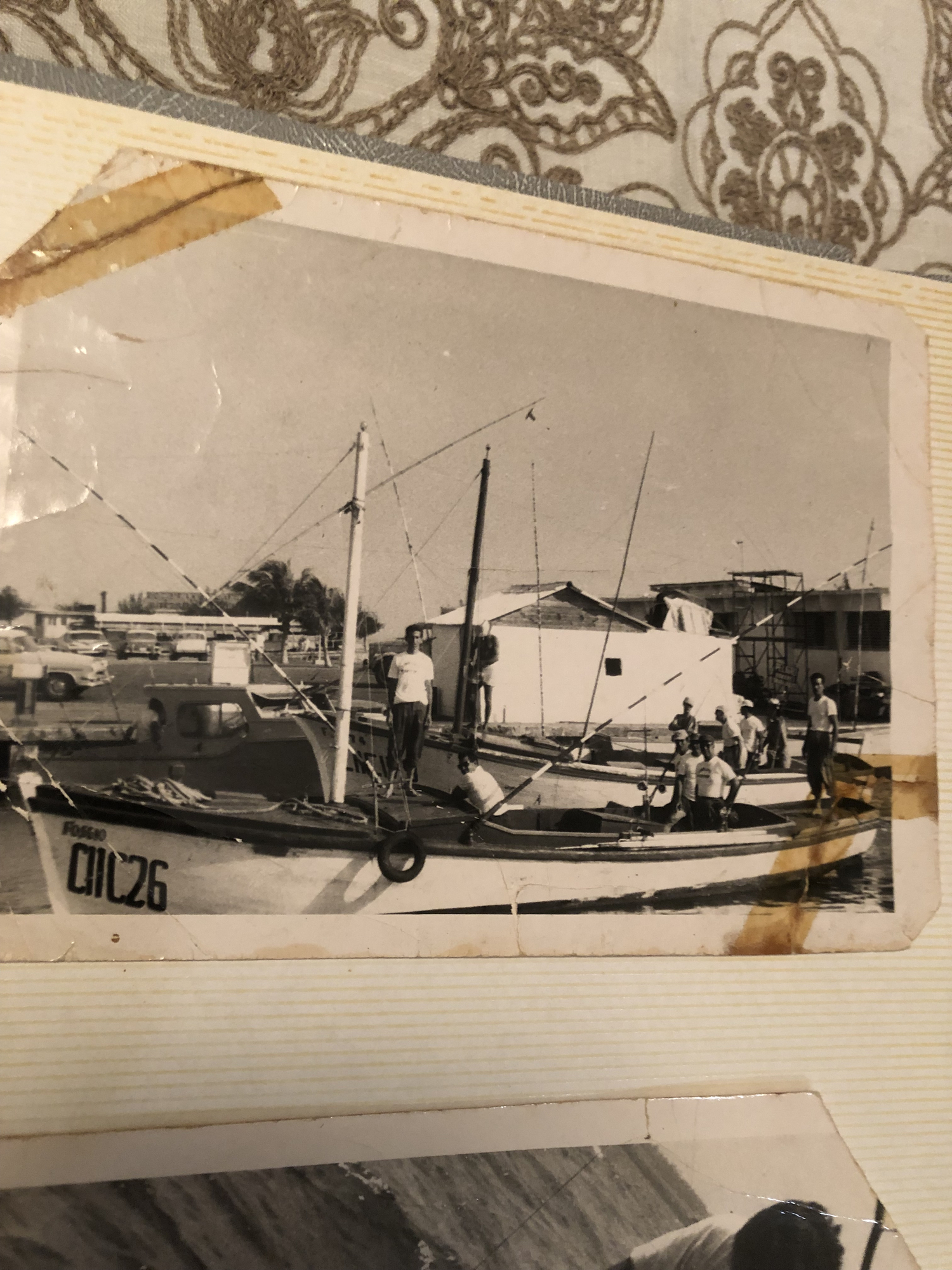 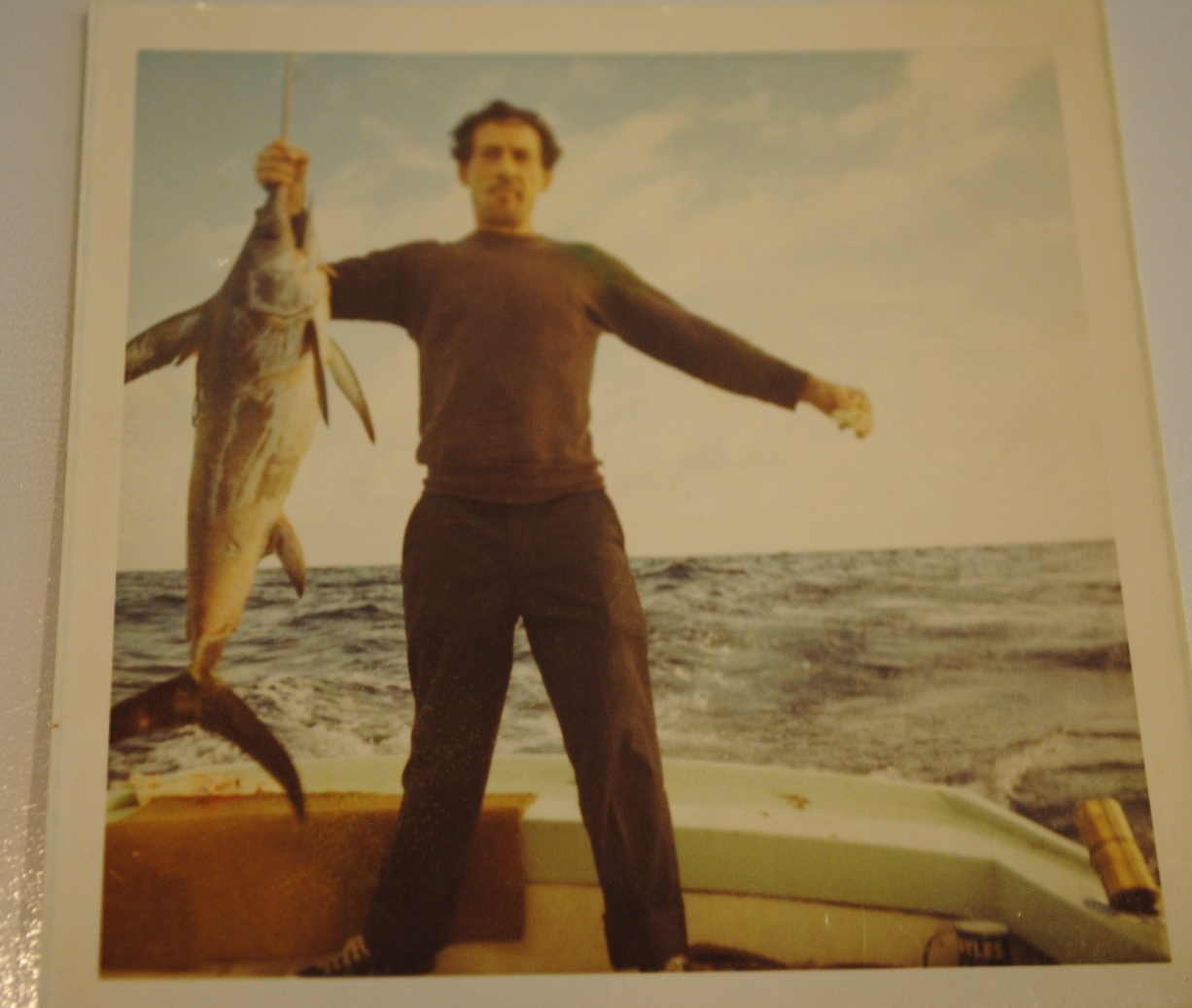 Longlining for swords off Miami, 1976. 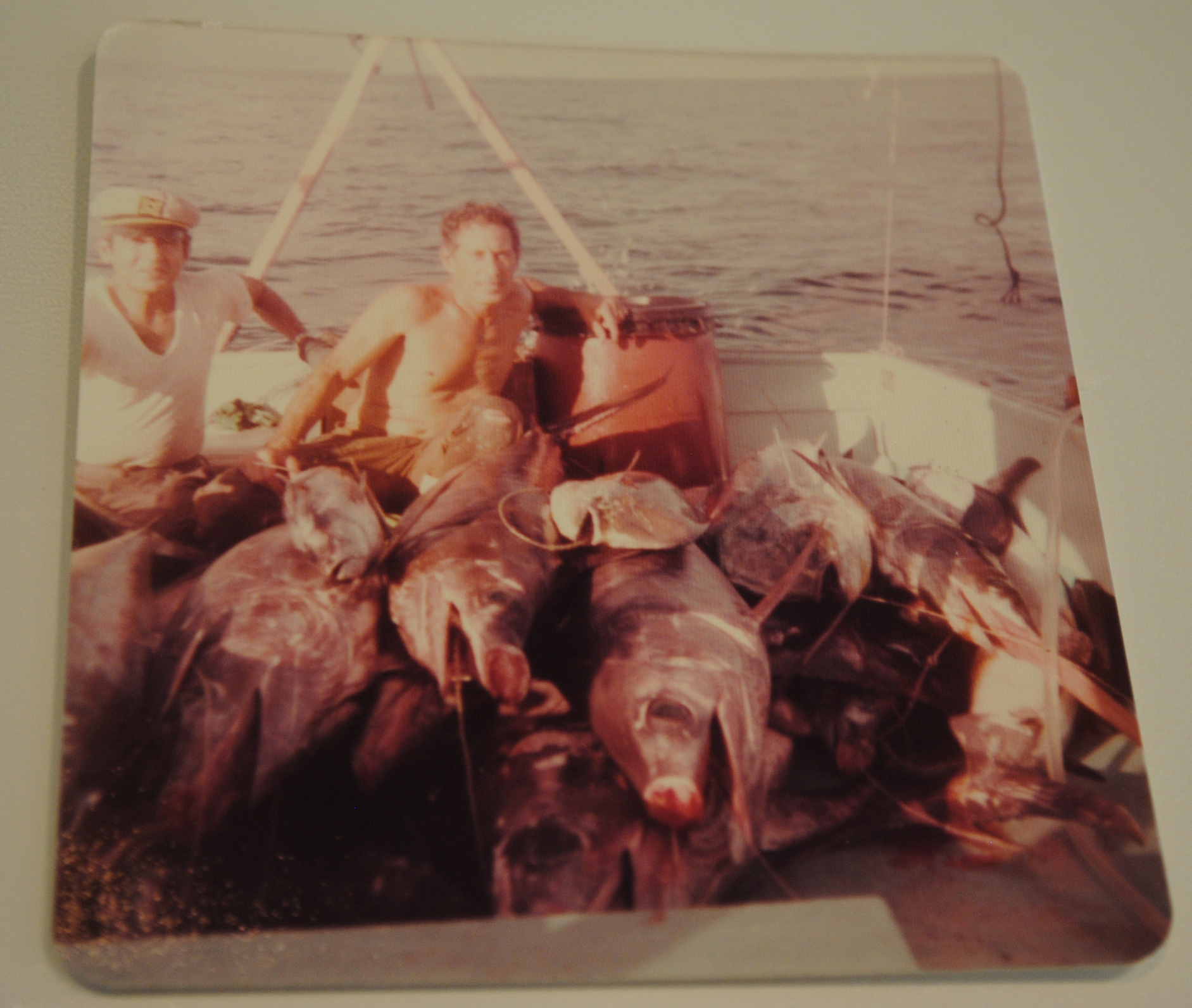 Our last Key West trip when he was 85.  He got the black, and drove back because I was too tired. 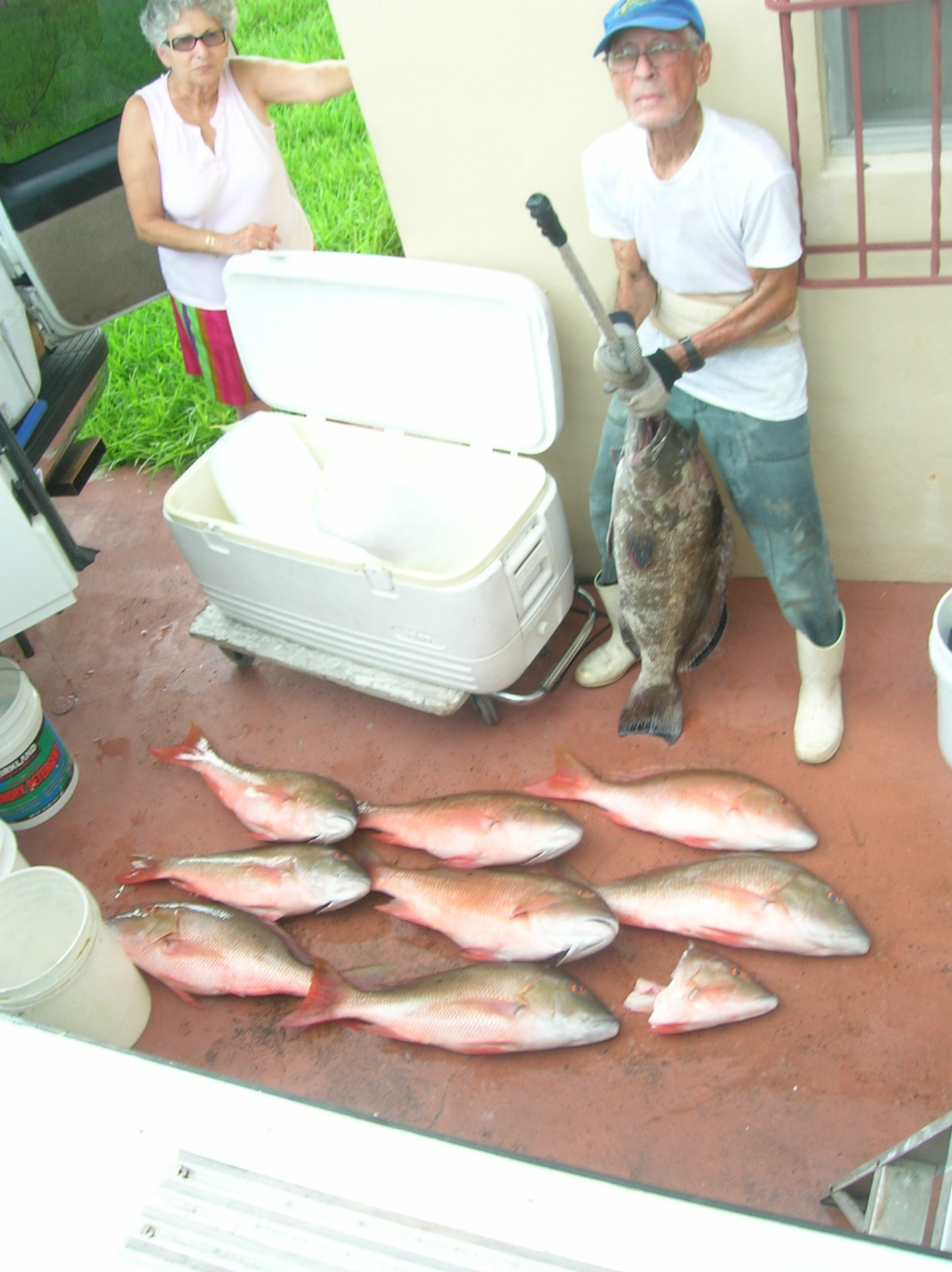 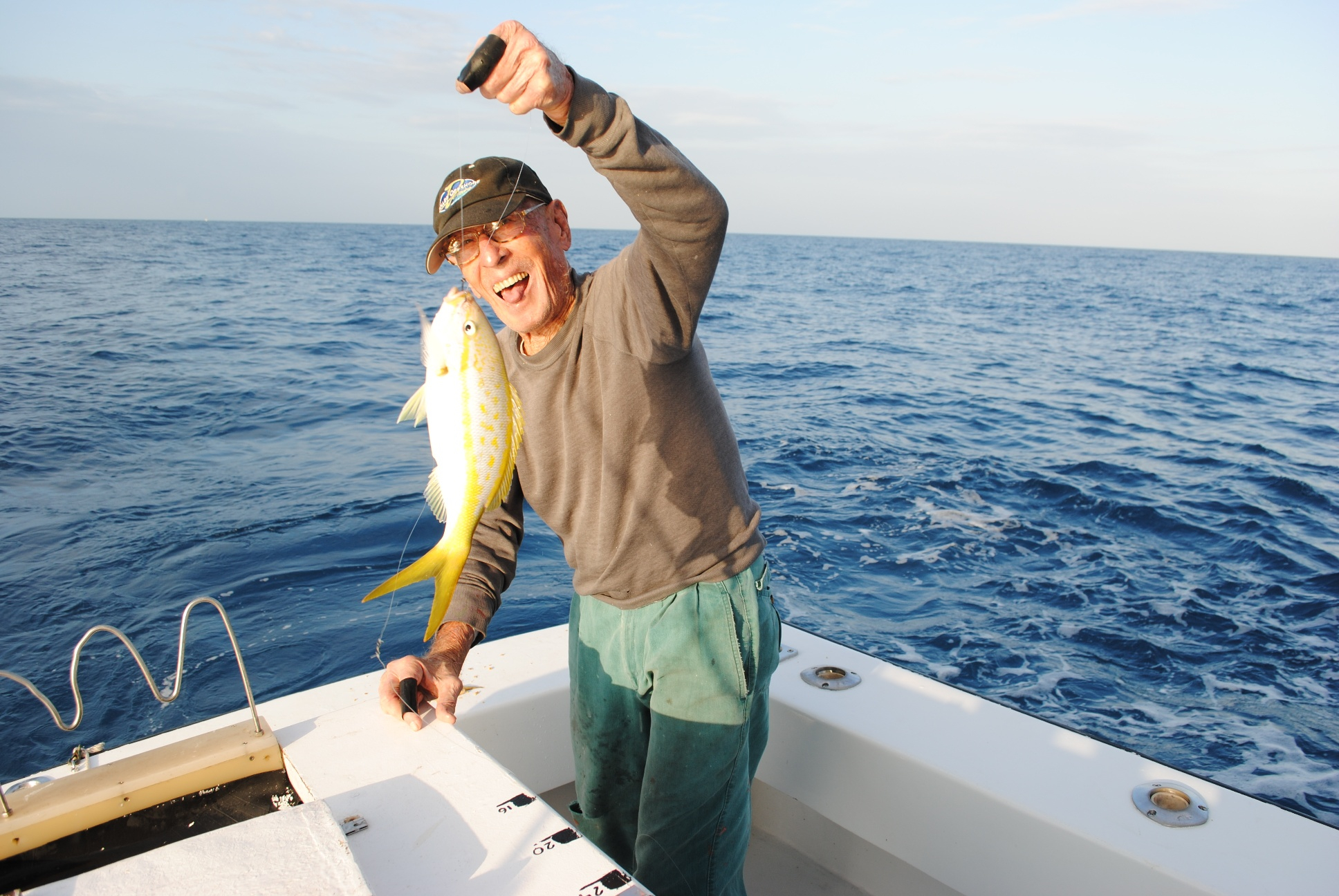