bigfinn35 Senior MemberSarasota/VenicePosts: 1,149 Officer
June 2021 in Southwest General Fishing & The Outdoors #1
Had a rough start to the day with finding my pinfish trap woefully empty and all local bait shops out of shrimp, but after netting some whitebait we headed out to a rockpile off a wreck in 110'. Picked up a decent bonita on topwater on the way out, which I tried eating for the first time and was absolutely blown away by. Low yield per fish with that massive bloodline, but dang, gonna be hard to keep many solely for bait in the future. Bait pods moved deep so we continued out. I was hoping to chum up some nice mangs and jig for some AJs before they closed, but the day had other plans for us. After chumming heavily for about 10 minutes, Dad got a giant blue runner that we used for cutbait and I got a nice bite on the jighead. Thought it might be a small almaco or decent mang at first, but was pleasantly surprised to pull up my biggest yellowtail yet, around 23". Current was swinging us a bit off the spot, so we re-anchored and chummed again. From then on it was game time, had a huge school of 2-3 lb YTs balled up 40 feet behind the boat eating sardine chunks, bonita chunks, and pieces of squid on jigheads from 1/16-1/4 oz (current and wind shifted a few times). AJs of small and giant sizes, plus what I think was a cobia and some cudas, joined the party but wouldn't even look at anything heavier than our snapper rigs. Fought a few bigger AJs on them, but the hook pulled after a long fight every time. Not sure why they seemed so line-shy today, wish I could've had the live bait to chum them up more. 16 of the bigger YTs went in the box, then we moved on to some nearby hard bottom for a bit to look for some grouper. No bites after drifting for about a half hour, so we called it a day and headed for the barn. Best yellowtail bite I've had the pleasure to be on, so definitely can't complain too much about missing out on the original target species. 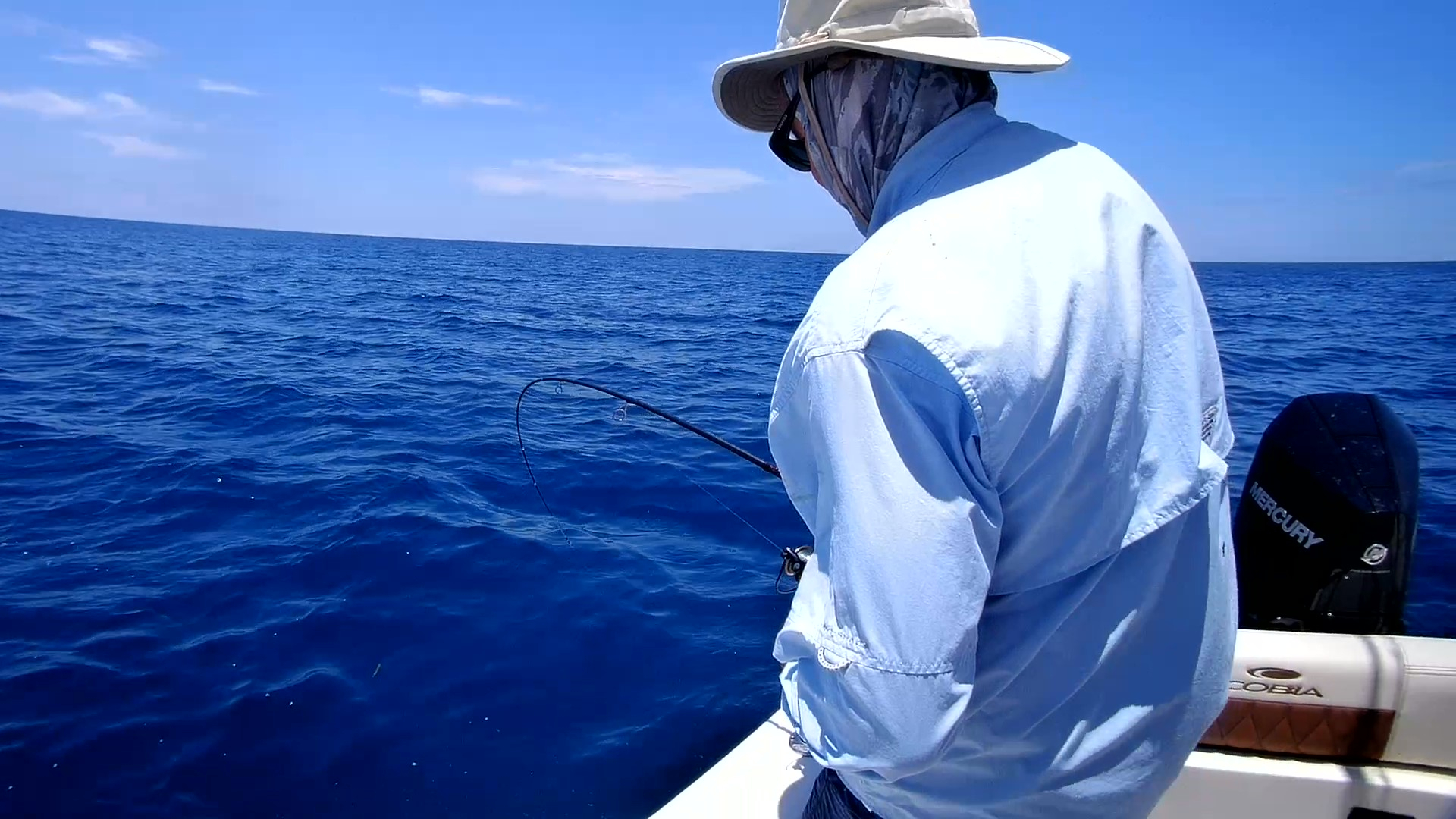 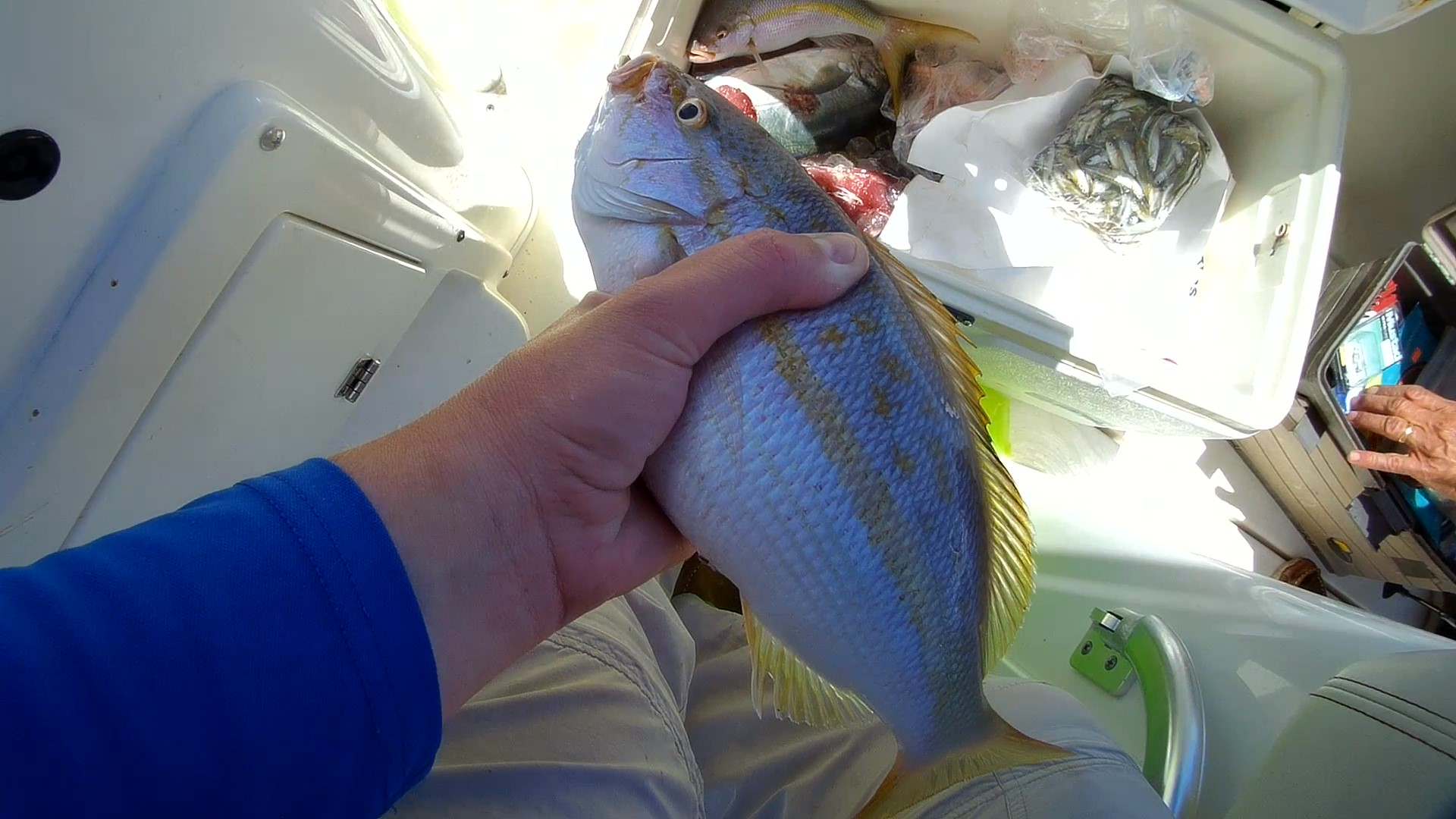 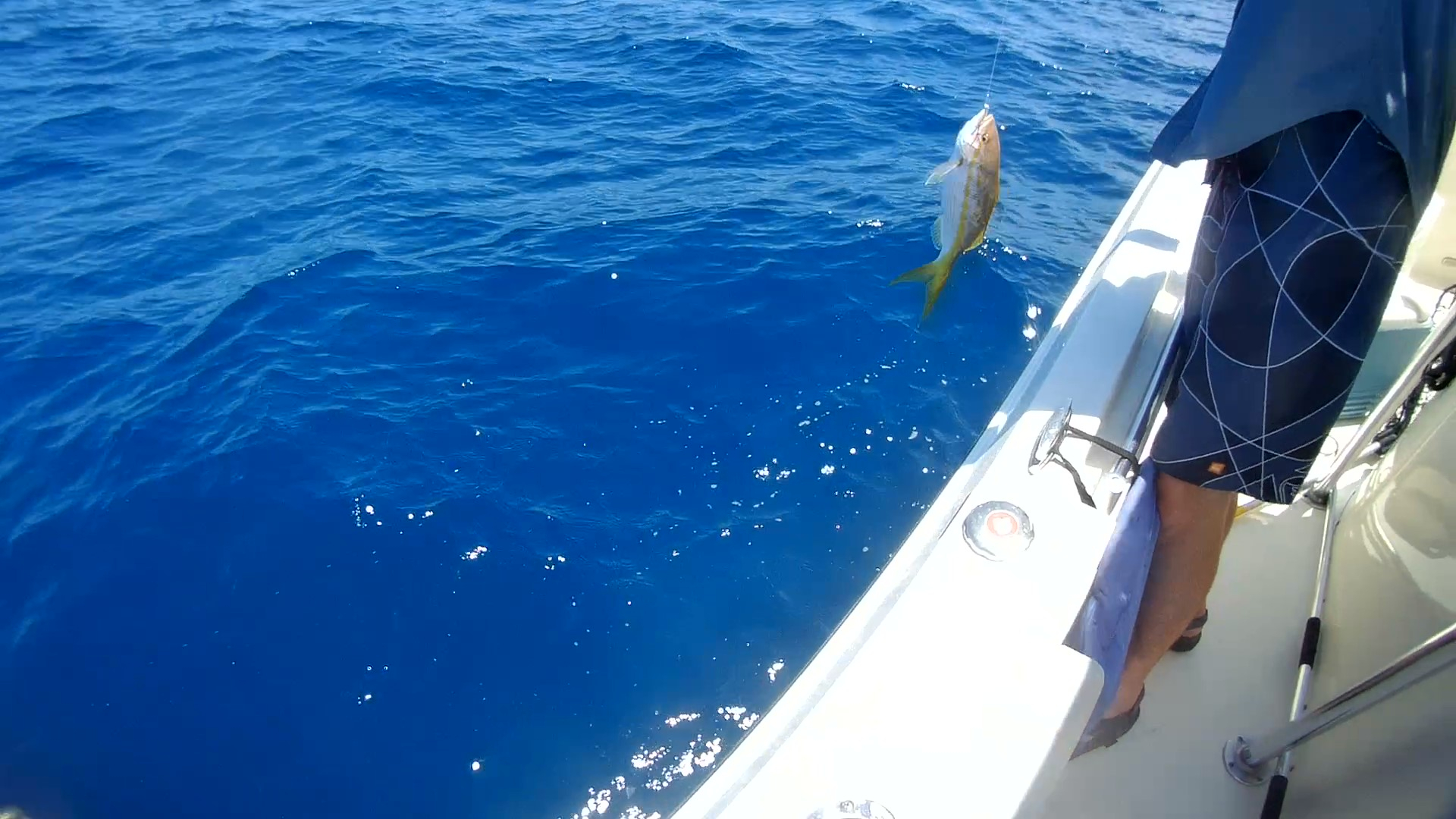 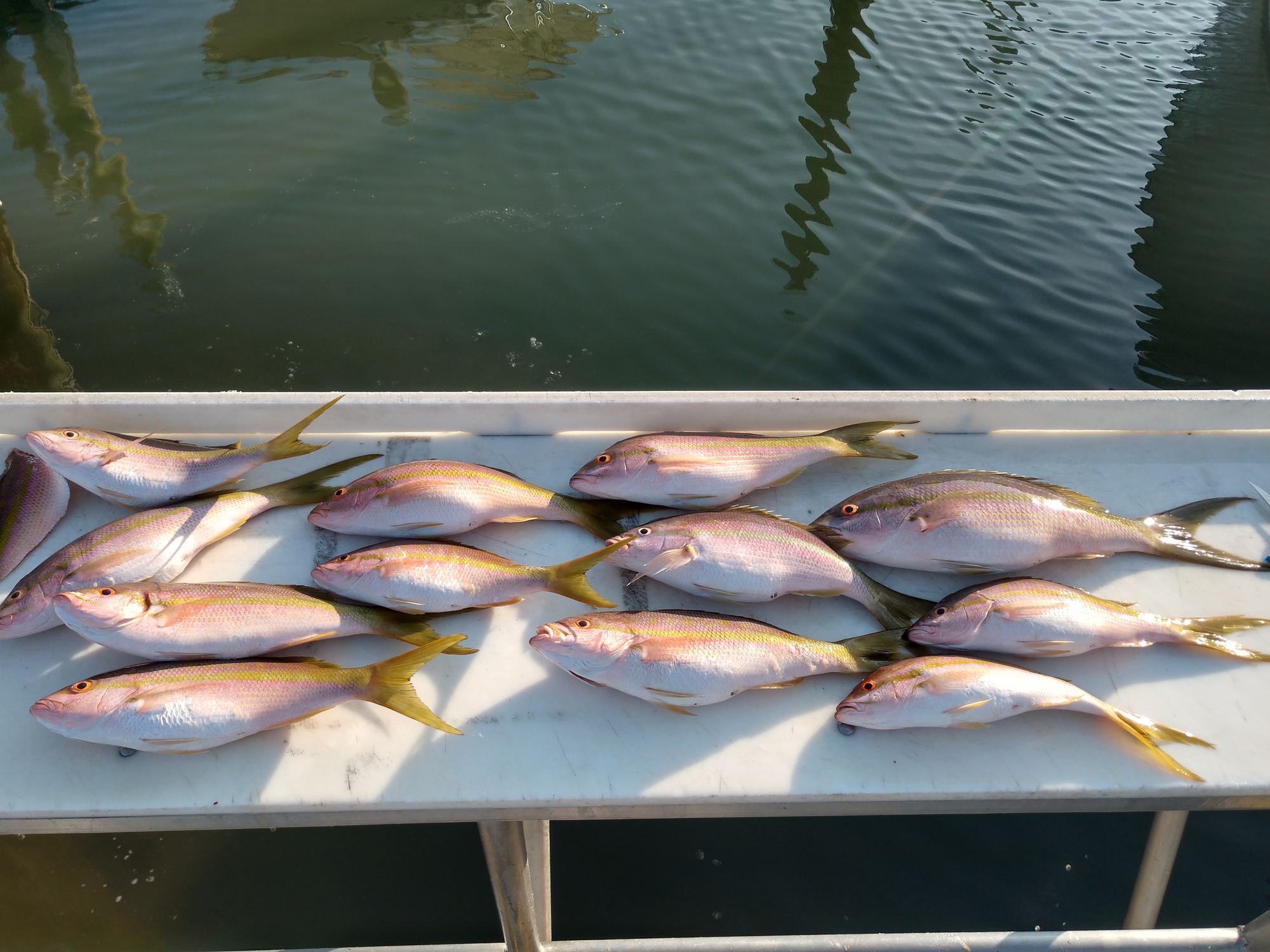 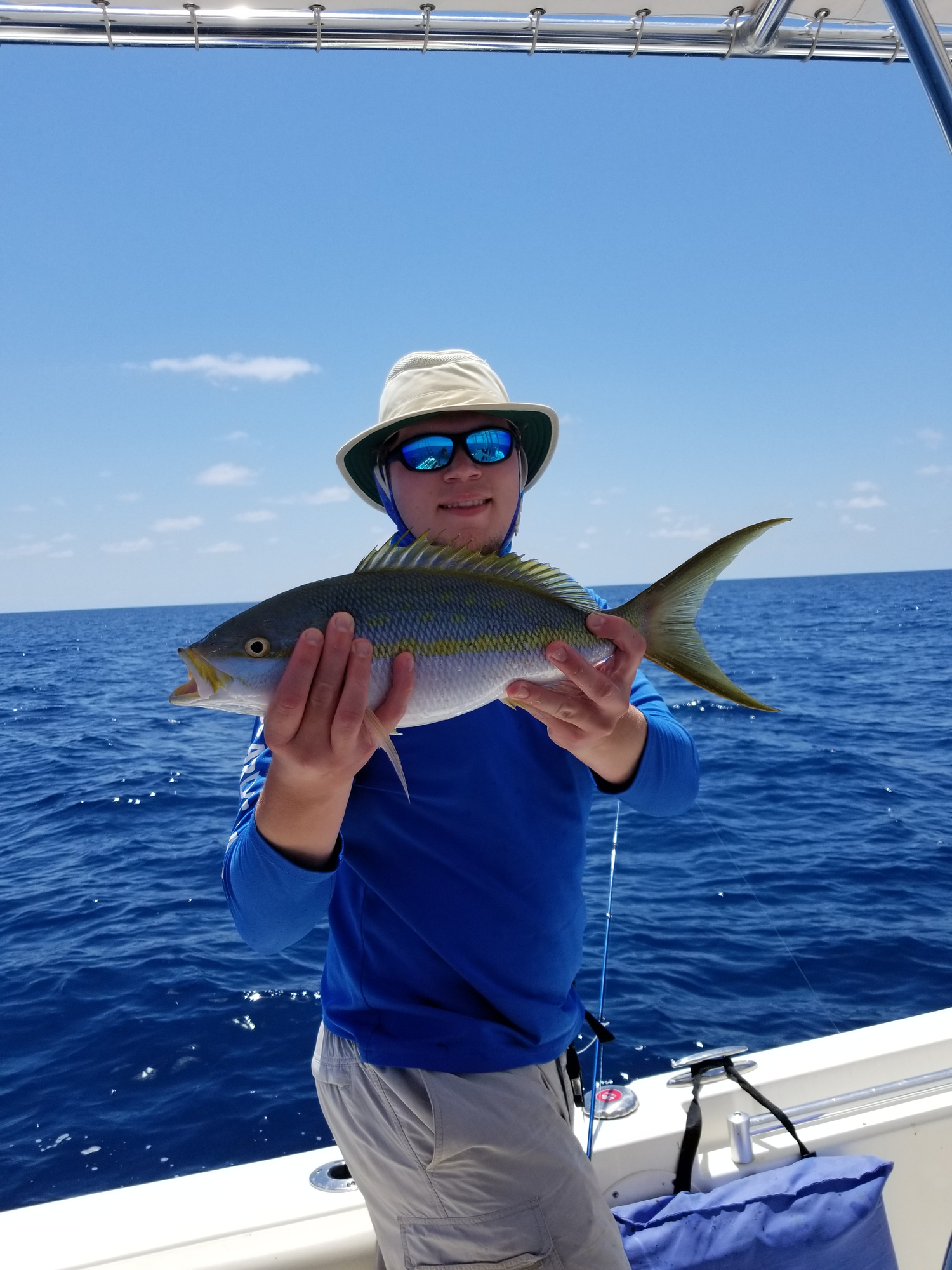 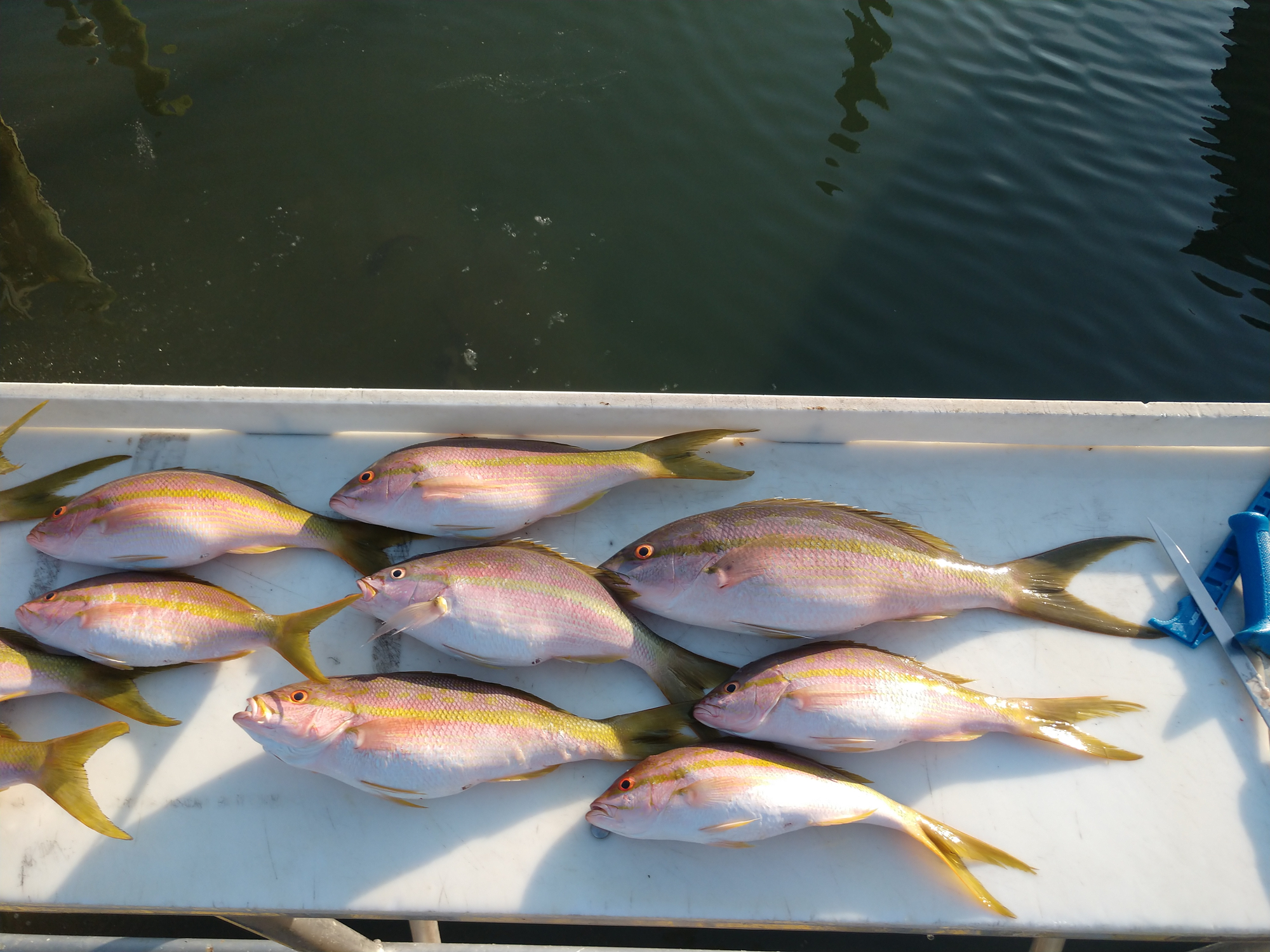