bigfinn35 Sarasota/VenicePosts: 1,096 Officer
May 2021 edited May 2021 in Southwest General Fishing & The Outdoors #1
Woke up at 5:30 after a long night of fishing before, tired but willing to make the trip out of Venice Inlet to see if we could find some tarpon. Unfortunately, the 3 ft seas being broadcasted from a NOAA buoy and all shops in the area not having crabs in stock made us re-evaluate. After coming home and sleeping for a couple hours, we got a leisurely start and launched in Englewood around 11. After netting a few mojarra and pins we buzzed south to some of the flats and mangroves around Devilfish Key, then drifted some 4' grassflats and picked up some nice trout to 20" and a few jacks/ladyfish. Just about had a heart attack when I saw a 6-ft tarpon leisurely cruising the flat, but the wind and my impatience meant the only casting opportunity I had before he went out of sight was wildly off the mark.

Went around to a different mangrove shoreline to try drifting, and I saw some threadfins getting destroyed. The predators eating them didn't take any of the offered lures, but when I threw the net I was shocked to see a 25" snook thrashing around inside of it along with a bunch of small threads. Definite first for me, but hey I'll take it! 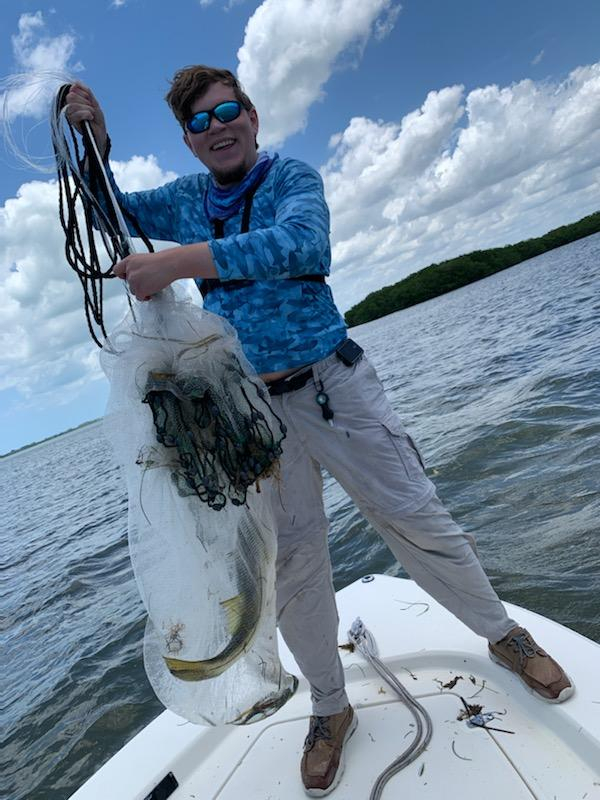 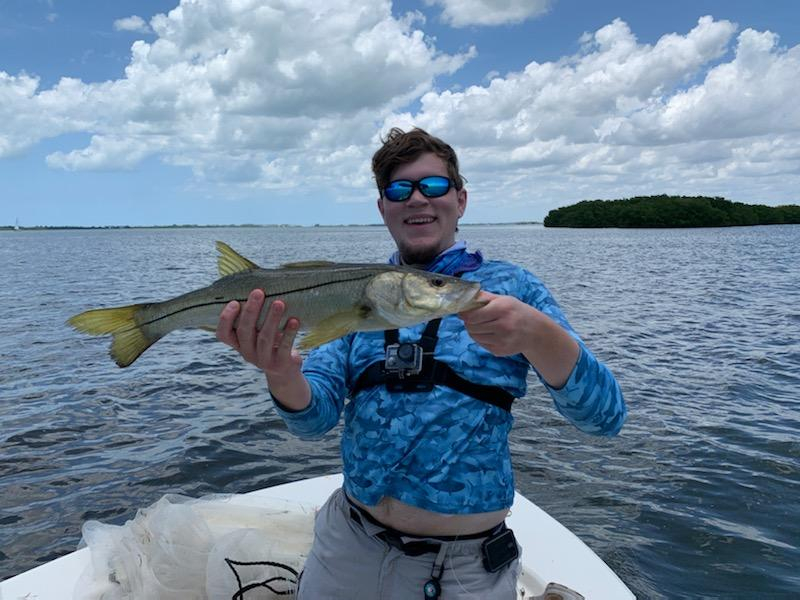 Picked up a few more dink snook on the mangroves, but by then both my dad and I were 2/3 to a slam and wanted to go find some reds. After relocating to an oyster bar next to some deep sand holes and grass, my paddletail got crushed on the first drift and I brought my first overslot and new PB red (28") to the boat after a very fun fight! By then we were both getting pretty hungry and the wind was not letting up, so after a few more drifts with nothing but trout we packed it in by 4. I usually fish further north, so it was pretty cool to come down and have a nice day on such short notice like this in Charlotte Harbor. 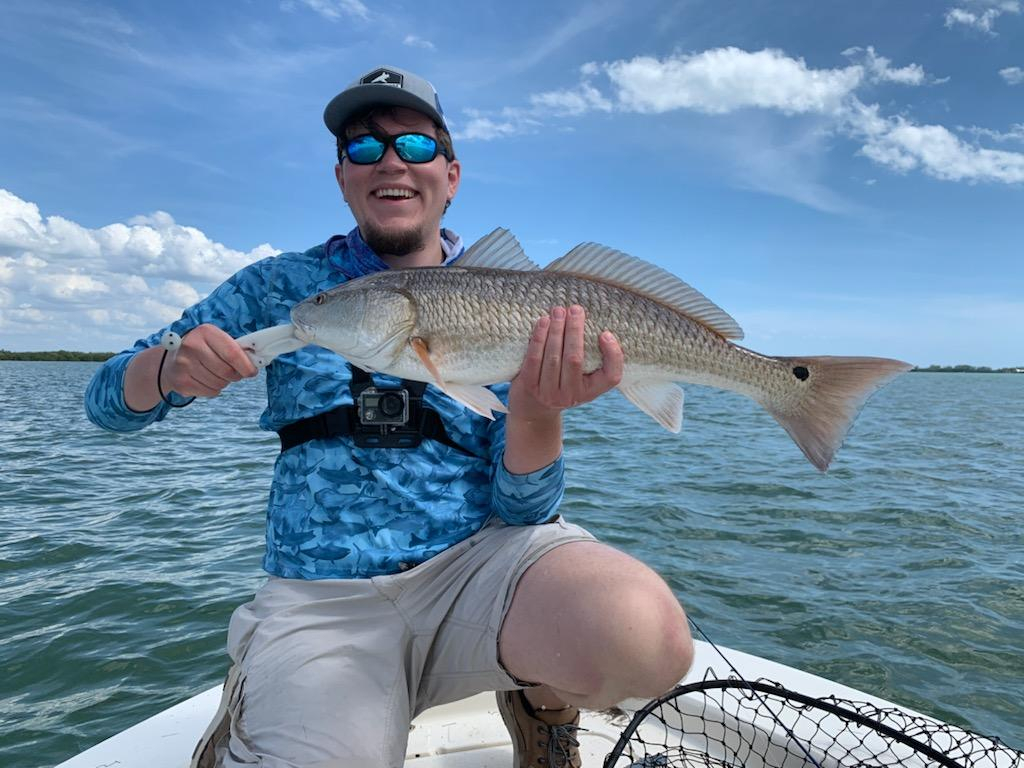 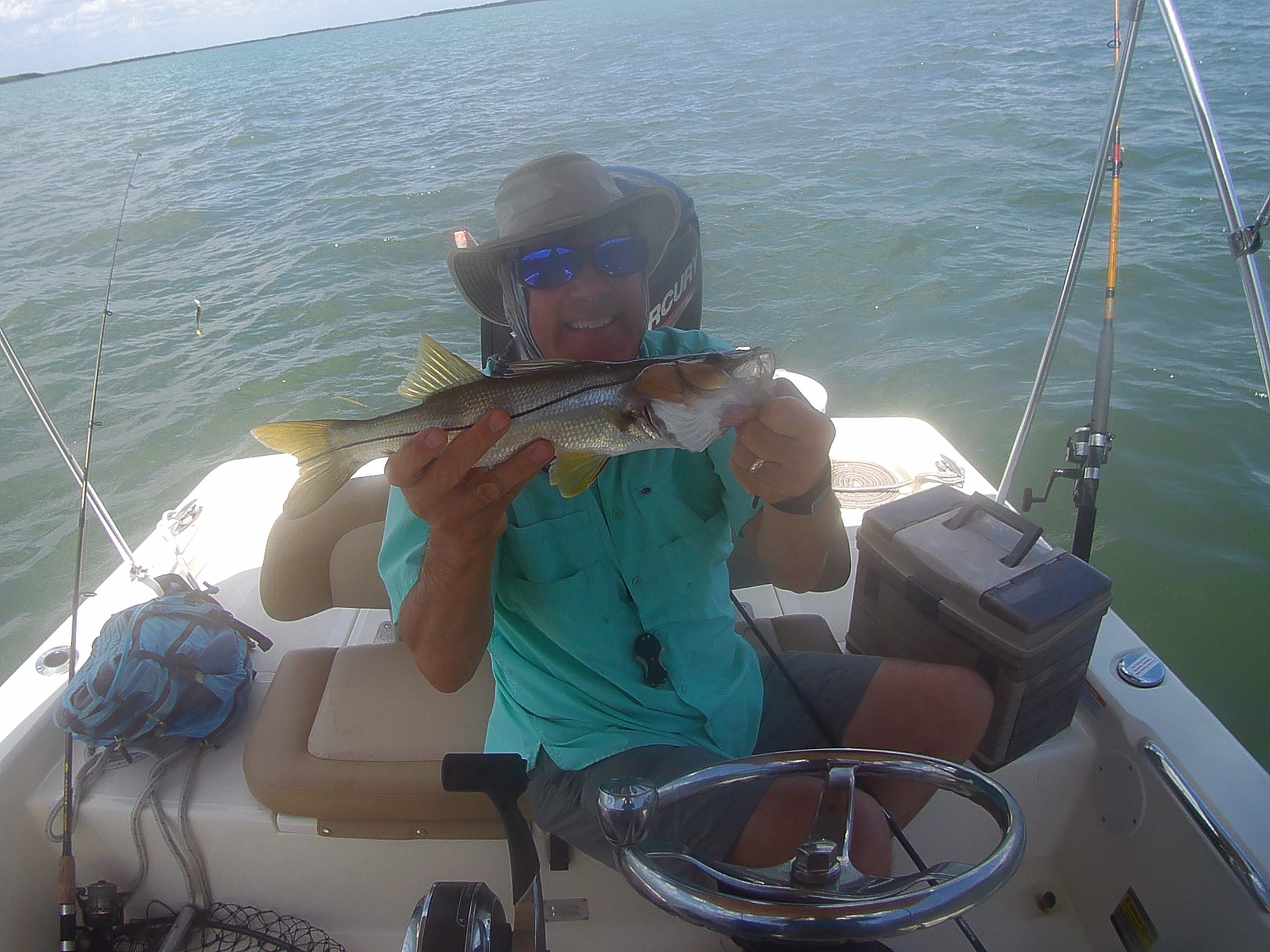