John McKroid Posts: 3,977 Captain
February 2021 edited February 2021 in General Paddle Craft #1
I launched off the Beach at 0530am.  The full moon was still up and it was bright on the water and slow fishing for goggle eyes.  Eventually, I headed out deeper to Sabiki some Runners.  I started slow trolling a runner around 730am and it was not long before Mr. Barracuda decided to pay me a visit. 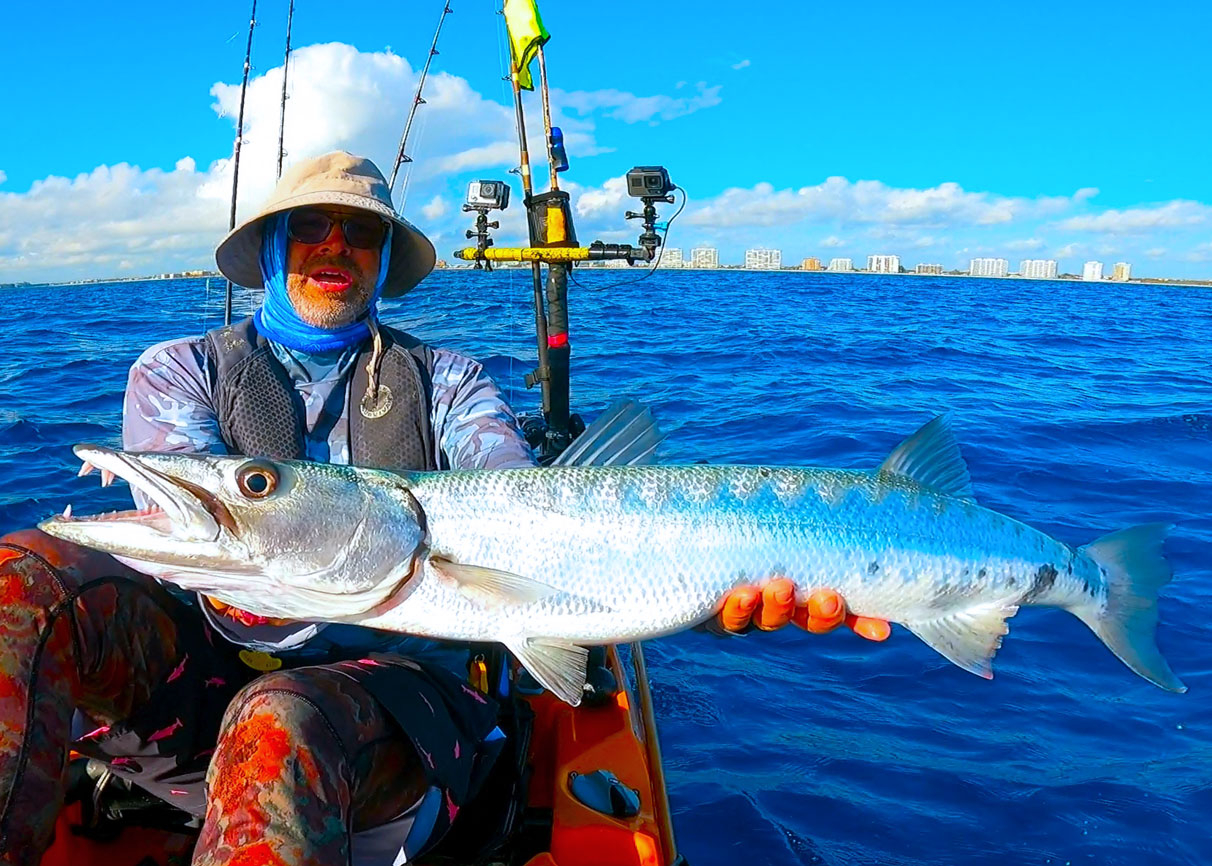 After the Cuda, I had two missed bait strikes of fish that cut me off on structure.  I suspect out of season grouper.  Since the current was less than one-knot Nth, I decided to head out deep for a session of slow jigging.  On the way out my last runner was consumed by Mr. Shark. 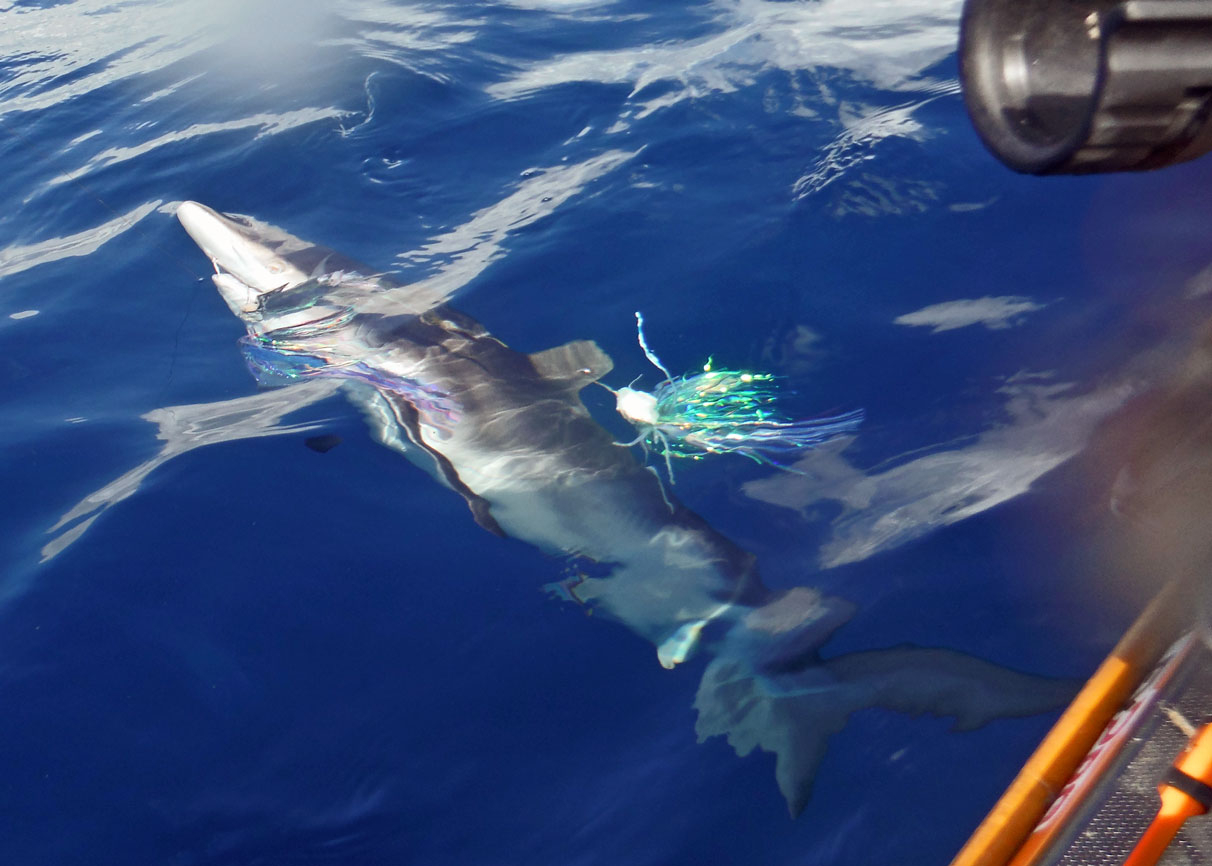 Aside from my live bait, Mr. Shark had two other large lures connected to him.  If it had been safer for me to bring the Shark into my kayak, I would have liked to remove the cumbersome lures that he was dragging around.  Unfortunately not worth the risk,  so I cut him off alongside.  I went all the way out to 420ft looking for meter marks and slow jigging.  It was Slow.  Eventually, I did find a good connection in 320ft. 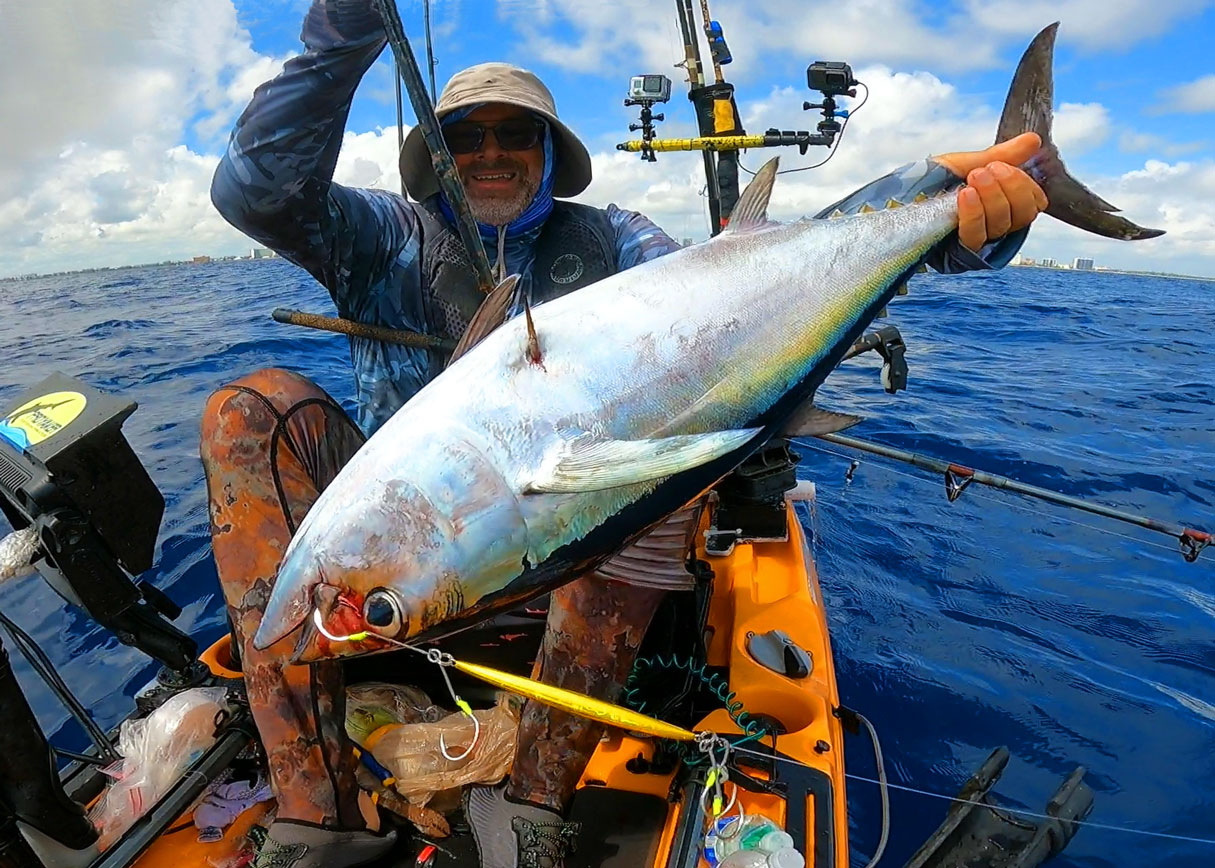 About an hour later, I had a doubleheader of Almacos, one of which unhooked alongside while I was fiddling with my camera. 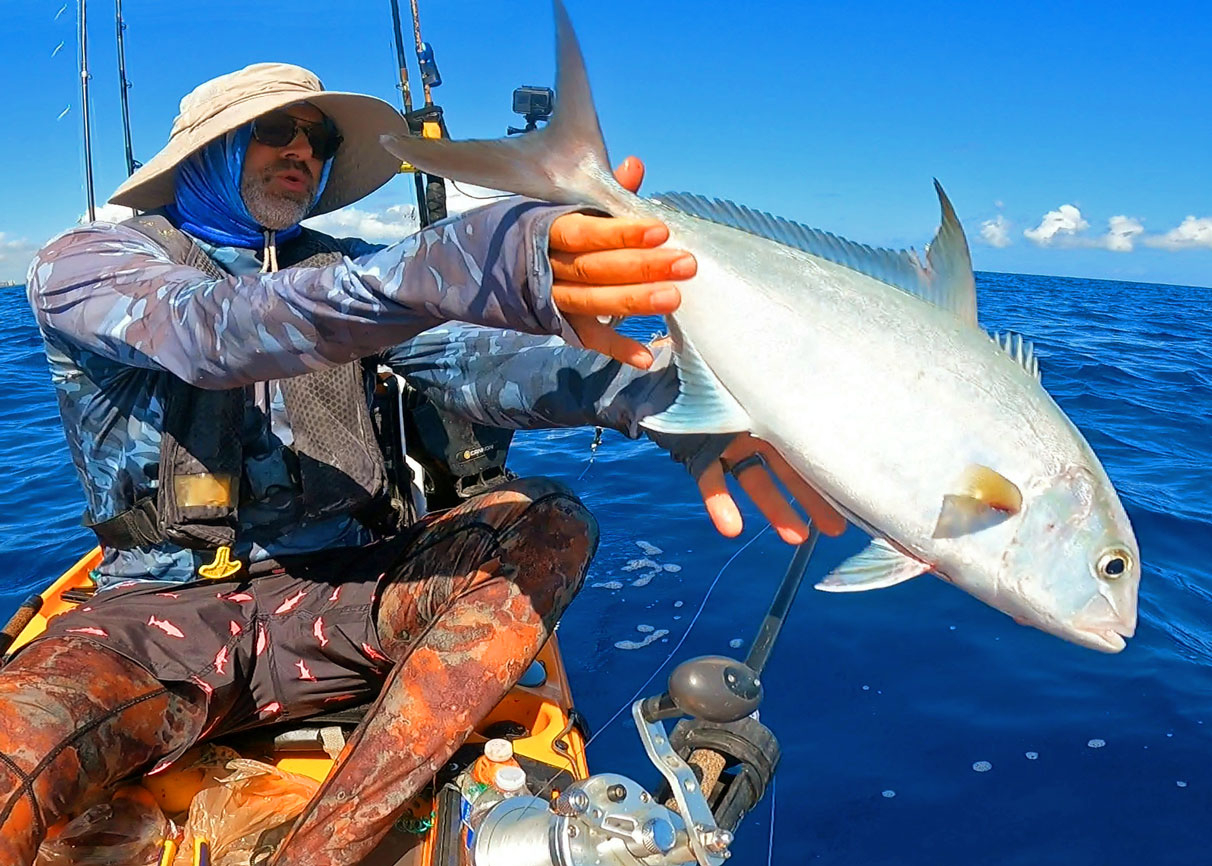 If I had been metering fish, I would have been entertained.  After a couple of hours of looking at a bare screen, I lost my patience and decided to call it a day.  On the way in I connected with this small Blackfin in 190ft of water. 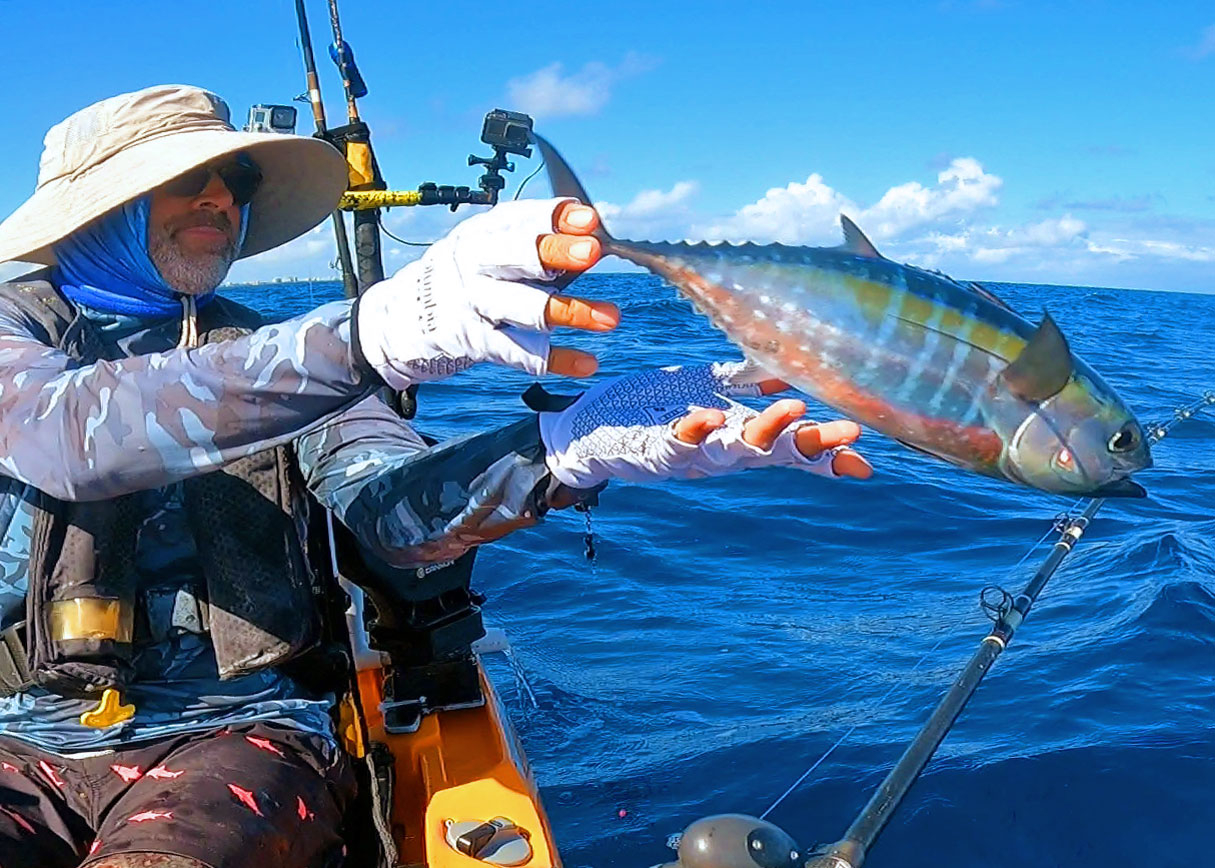 It was a pleasant day on the water.  All fish were released except the largest Blackfin Tuna.  Sushi for days!