John McKroid Posts: 3,977 Captain
February 2021 edited February 2021 in General Paddle Craft #1
We launched our kayaks off the beach at 515am in search of live goggle eyes for bait.  By sunrise, we each had a blue runner and a couple of grunts.  We headed out for a session of jigging.  Lots of marks on the meter, but few bites.  First good connection was in 280ft at 10 am. 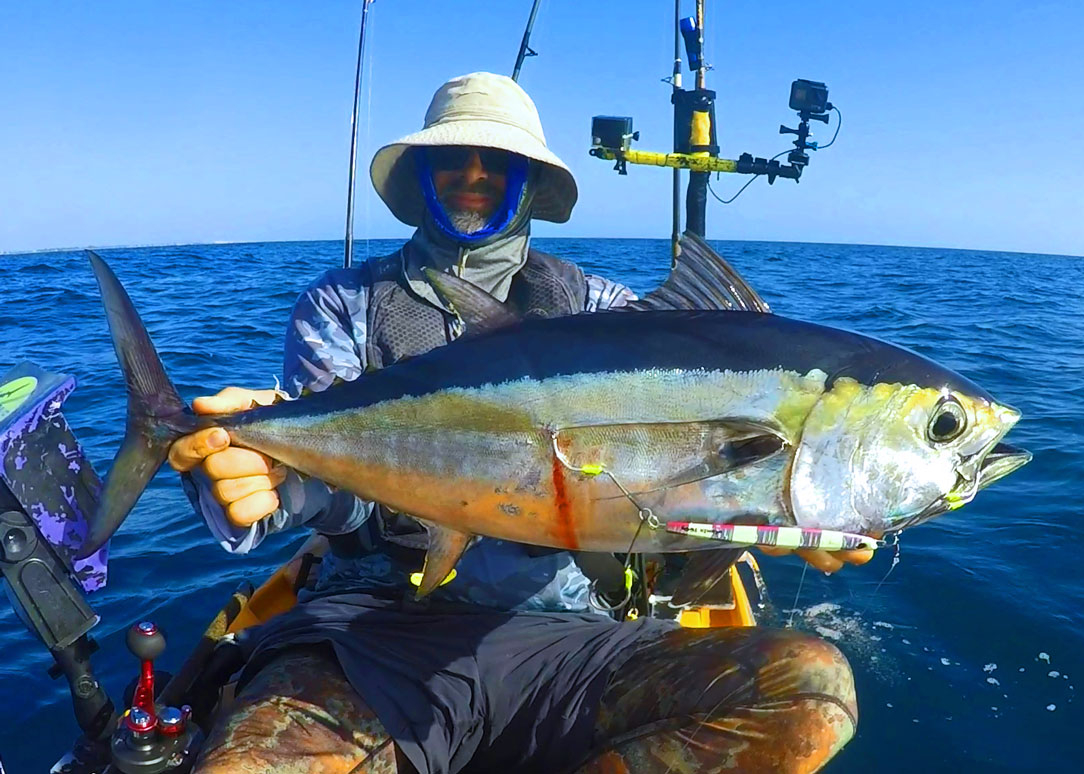 My buddy got a Little Tunny about the same time and had to head in at 11am.  I kept metering fish and was entertained by the fact that it just takes one lucky strike.
Next good strike came around noon. 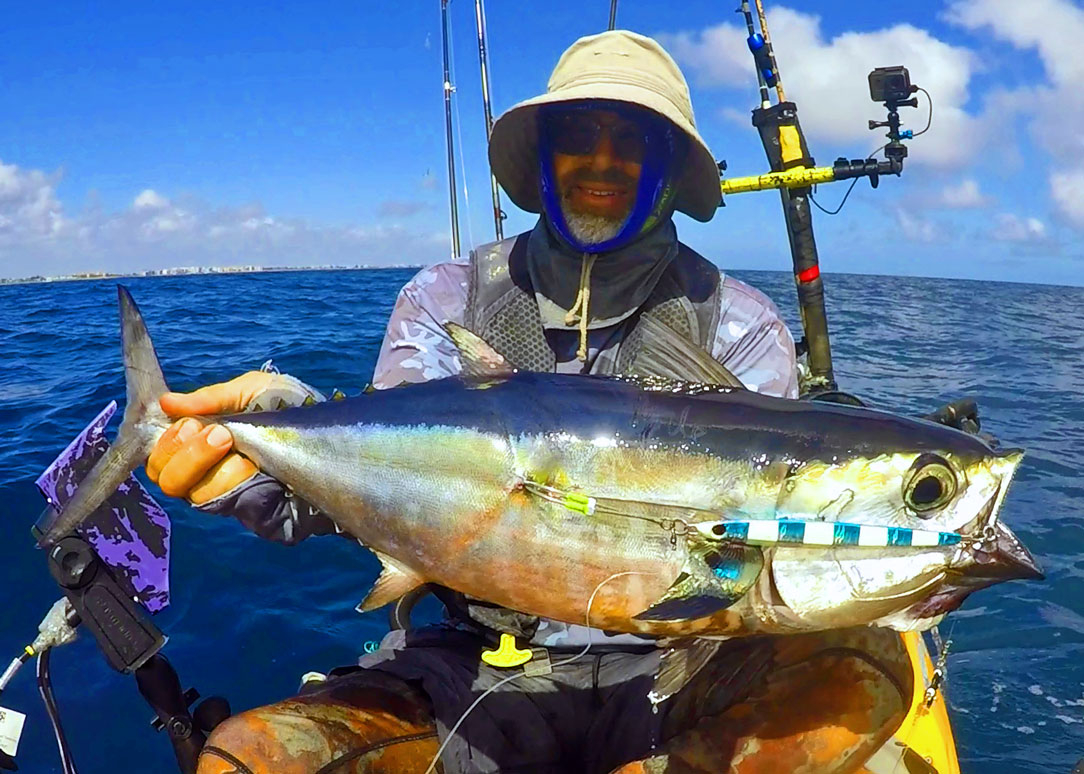 This one was more of the football-size that I am more accustomed to getting this time of the year.  Then one of the larger Almaco Jacks that I have taken hit the slow pitch jig. 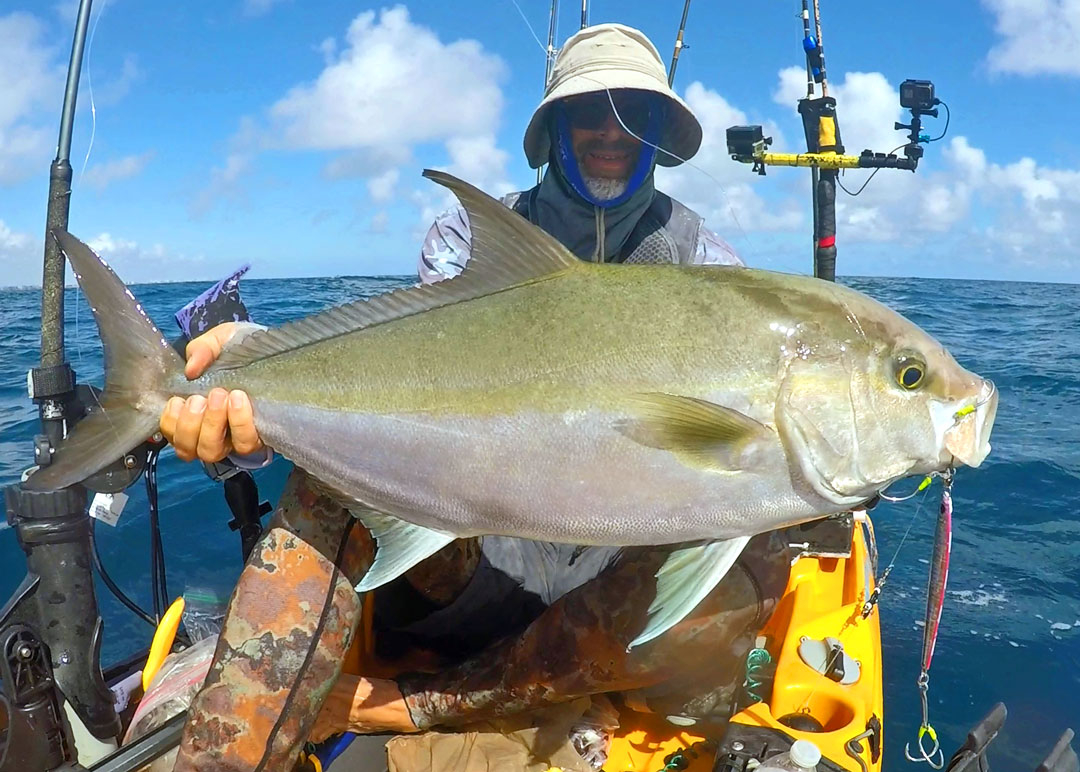 Love catching Almacos, I released this one to fight another day.  Overall it was slow fishing, but the strikes that I connected with were of decent quality.  About an hour later, I connected with this one. 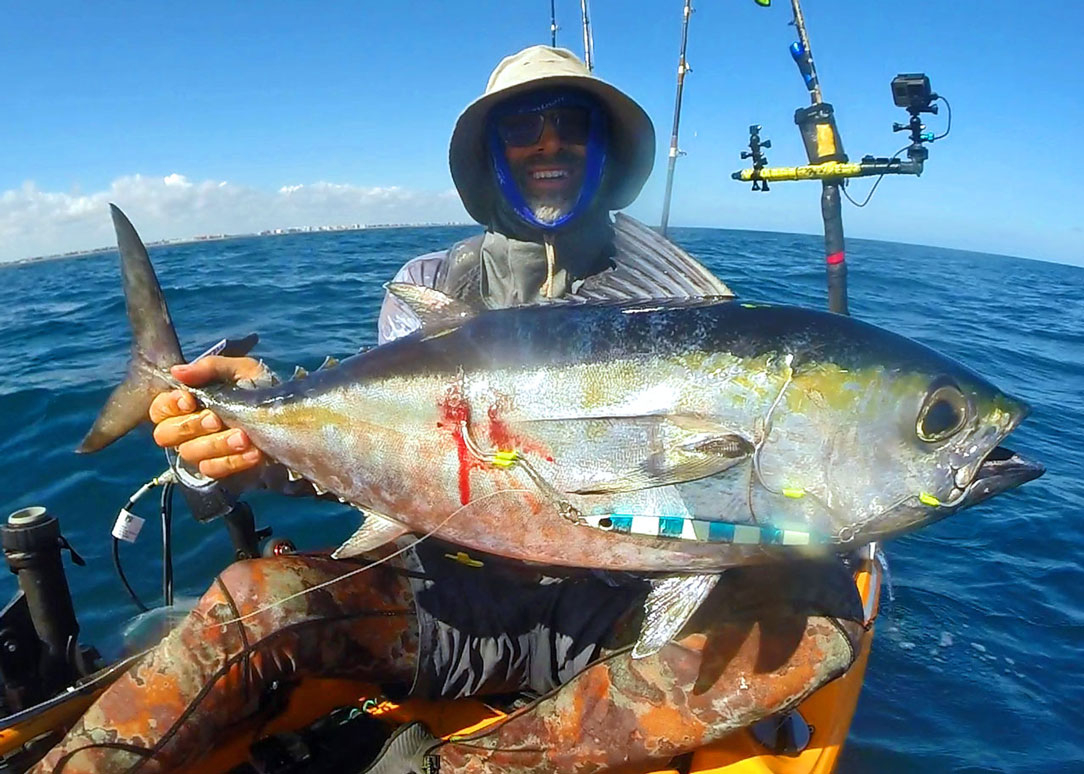 It was the first time I had taken two jumbo Blackfins off the kayak during the month of February.  I jigged up one more smaller Almaco before I became too tired of fighting the current that had increased to about 1.6kts North.  Since I was not doing a drift, I headed in around 3 pm.  The take-home was similar to a spring kayak fishing trip, but the difference was that the action was slow, and I did not get to release a bunch of smaller fish.