catchemup Posts: 444 Deckhand
January 16 edited January 17 in South General Fishing & The Outdoors #1
Fished yesterday Fri. Day started out cloudy with a lite south breeze but it developed into a chamber of commerce day around noon.  Anglers wanted to spend the day fishing the patch reefs with light tackle. We started south of Fowey at Brewster Reef and worked north. We loaded up with live pilchards and had frozen squid, silversides, and bonita for an array of anticipated bottom species and likely some macs too. We had laid out eight possible sets of public moorings and planned to fish them and never lower the anchor. We fished a selected series of patch reefs starting from the south heading north with a plan to end the trip at Pillars site just south of Haulover. We never made it to last site. We caught some reliable reef dwellers of yellowtail, other snappers, groupers  and had a number of mac cut-offs. None of the fish were keepers. While the guys were catching their tiny beasts, the chum slick naturally brought plenty of ballyhoo up to the boat. I caught a few using an unbaited sabiki rig with a weighted float at the end of the rig. Using a slow retrieve and a quick flick of the wrist when I saw a hoo taste the bare hook we managed to get a few live hoo’s to add to the livewell. Before we headed to our last set of patch reefs for the day I got a text from a buddy saying there was a pretty good mutton bite going on. So we broke out a couple of boat rods and ran off to a 190 ft relatively deep spot using mutton candy on both rods…a live bally on one and a live horse pilchard on the other. There was literally no current and barely a wind drift. It was like being anchored in 190 ft.
After a few minutes the rod rigged with the ballyhoo went off. After a feisty fight we got what I call a “throw back” mutton….not literally of course...meaning it’s been many years since any of my anglers or myself have gotten one that size. The following photo sequence tells the whole story;  the mutton weighed 17pounds on a digital scale and measured 36 “ in length [without a squeezed tail], wouldn’t fit a good size fish box without curling up a bit, not trick photography with the fish pushed out front [didn’t need it], mutton getting ready to be anesthetized, procedure successful with a hearty fillet.  While fishing was generally poor for the the lite tackle targets…this one fish made the day. 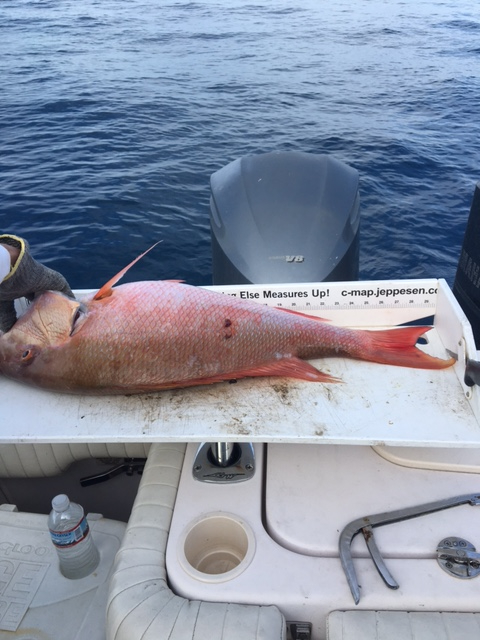 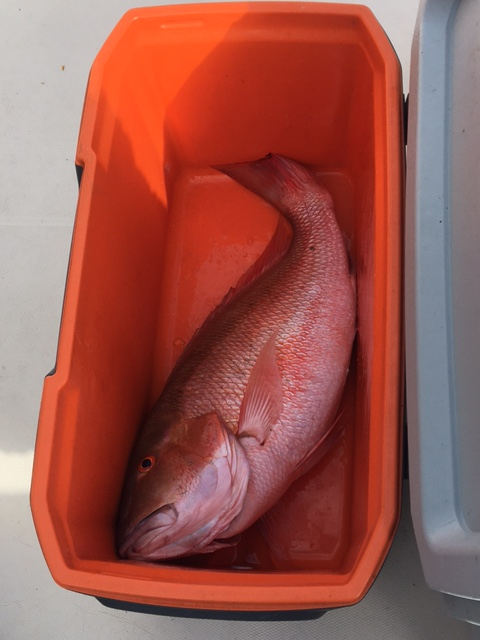 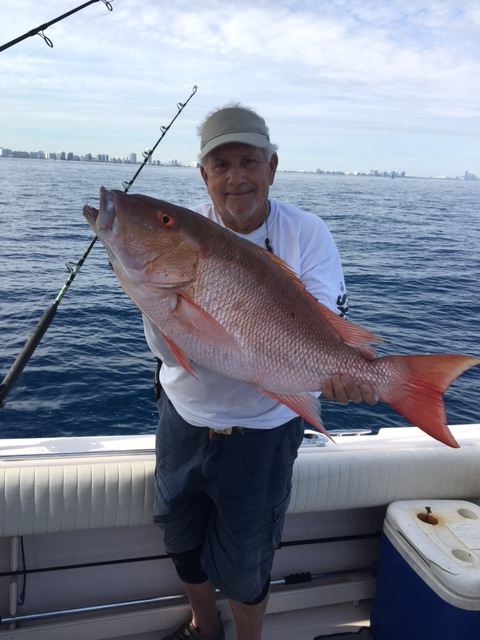 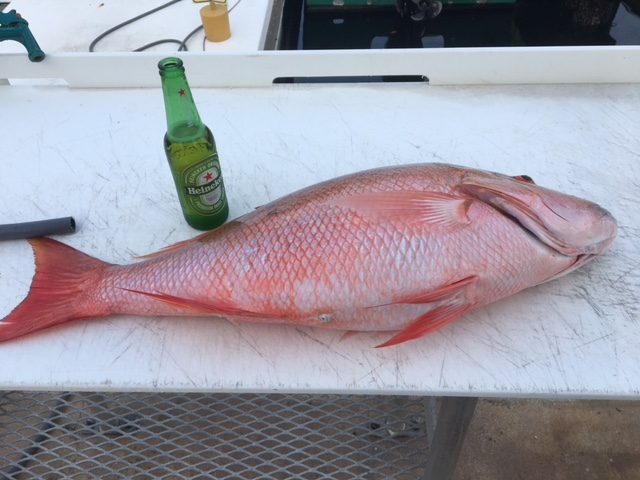 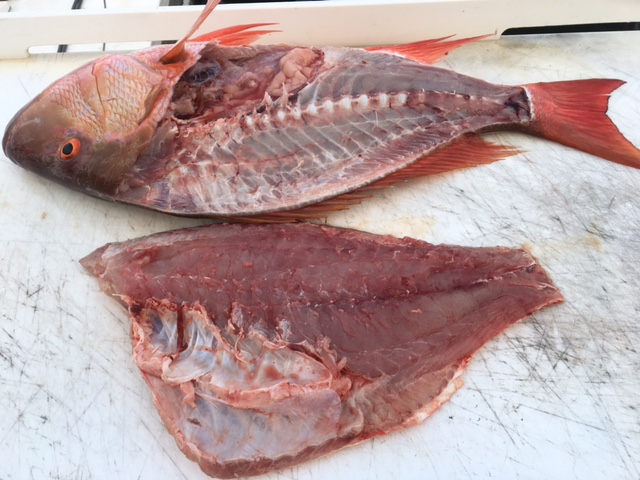