John McKroid Posts: 2,361 Captain
January 13 in General Paddle Craft #1
Launched in darkness to make bait and the goggle eyes were cooperative on this occasion.  Deployed live baits in 120ft of water 45 minutes before sunrise.  Fishing with live bait was disappointingly slow.  Perhaps due to a lack of current -- There was none.  Eventually, Mr. Barracuda found my live baits. 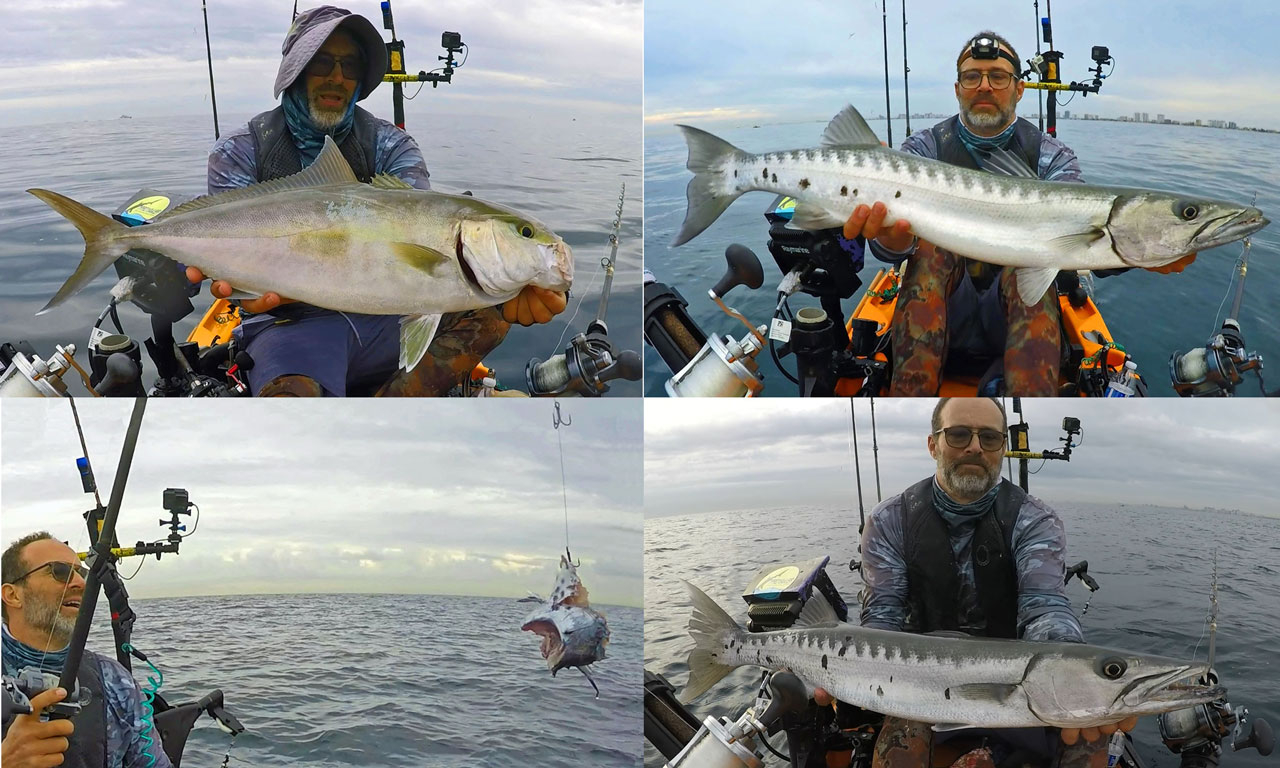 The undersized Amberjack was jigged up on a vertical jig.  I tried trolling a live Little Tunny and it also was eventually destroyed by Mr. Barracuda.
Eventually I did find a wreck with some life on it and jigged up some Rainbow Runners. 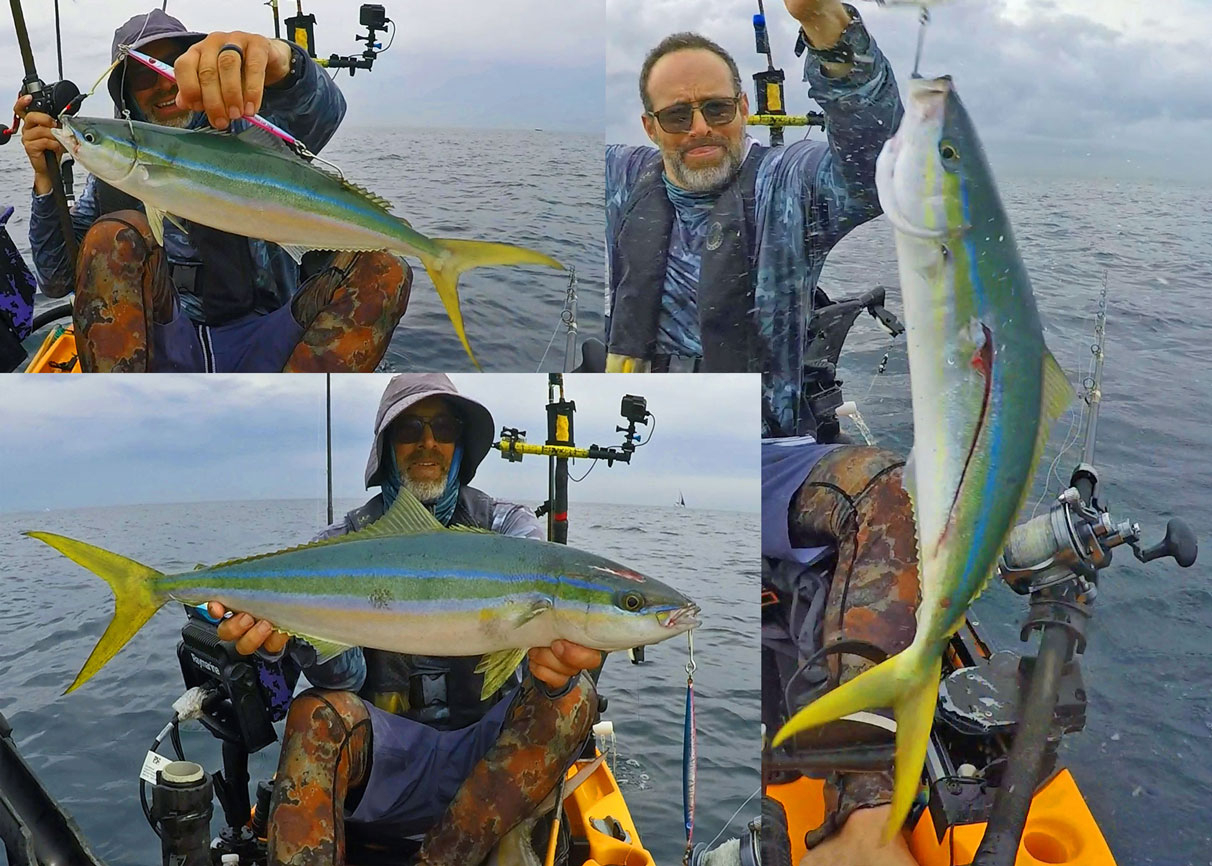 This big Amberjack was also on the same wreck. 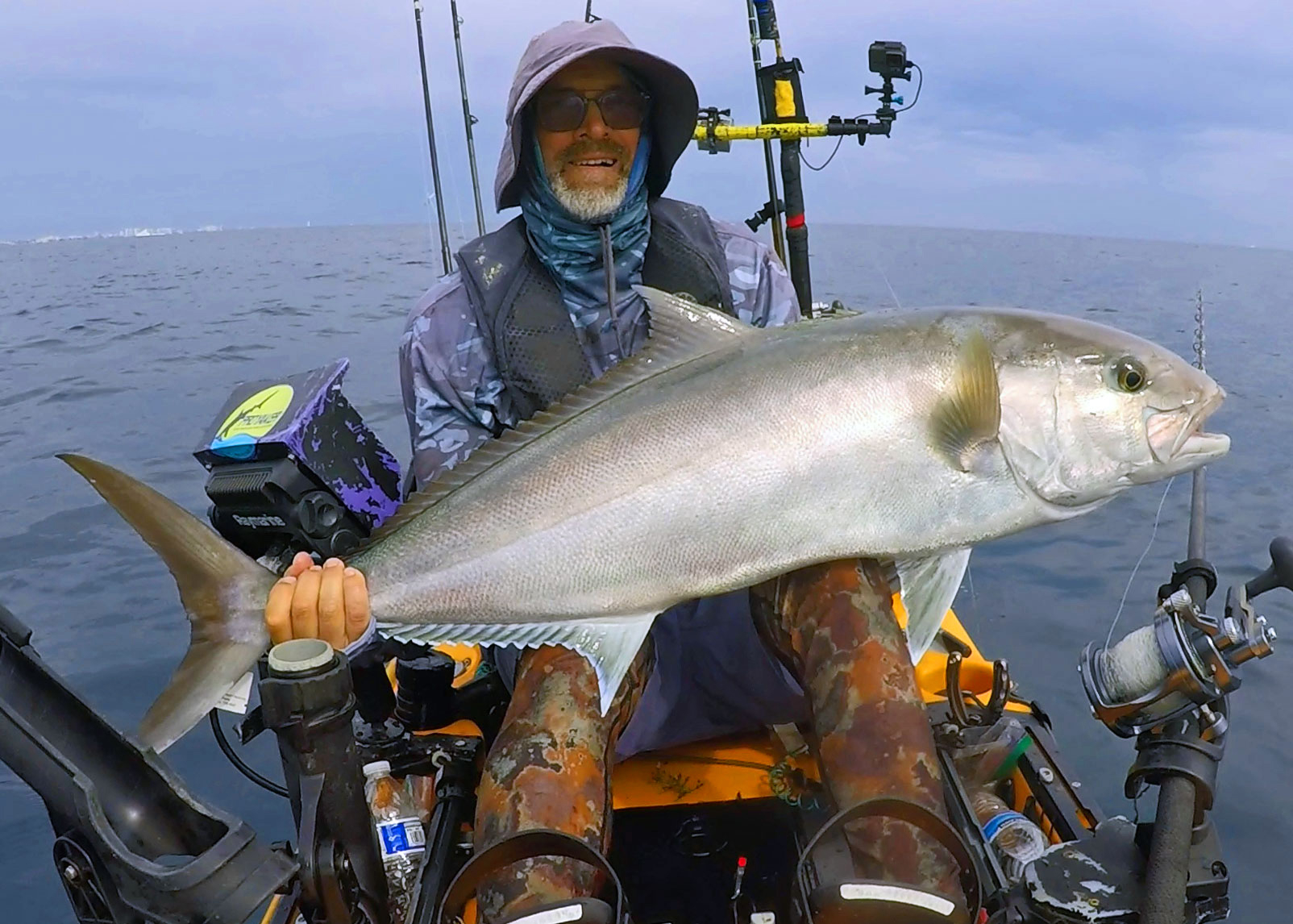 Normally, I would have released this one to catch another day, but on this occasion, she swallowed the jig. 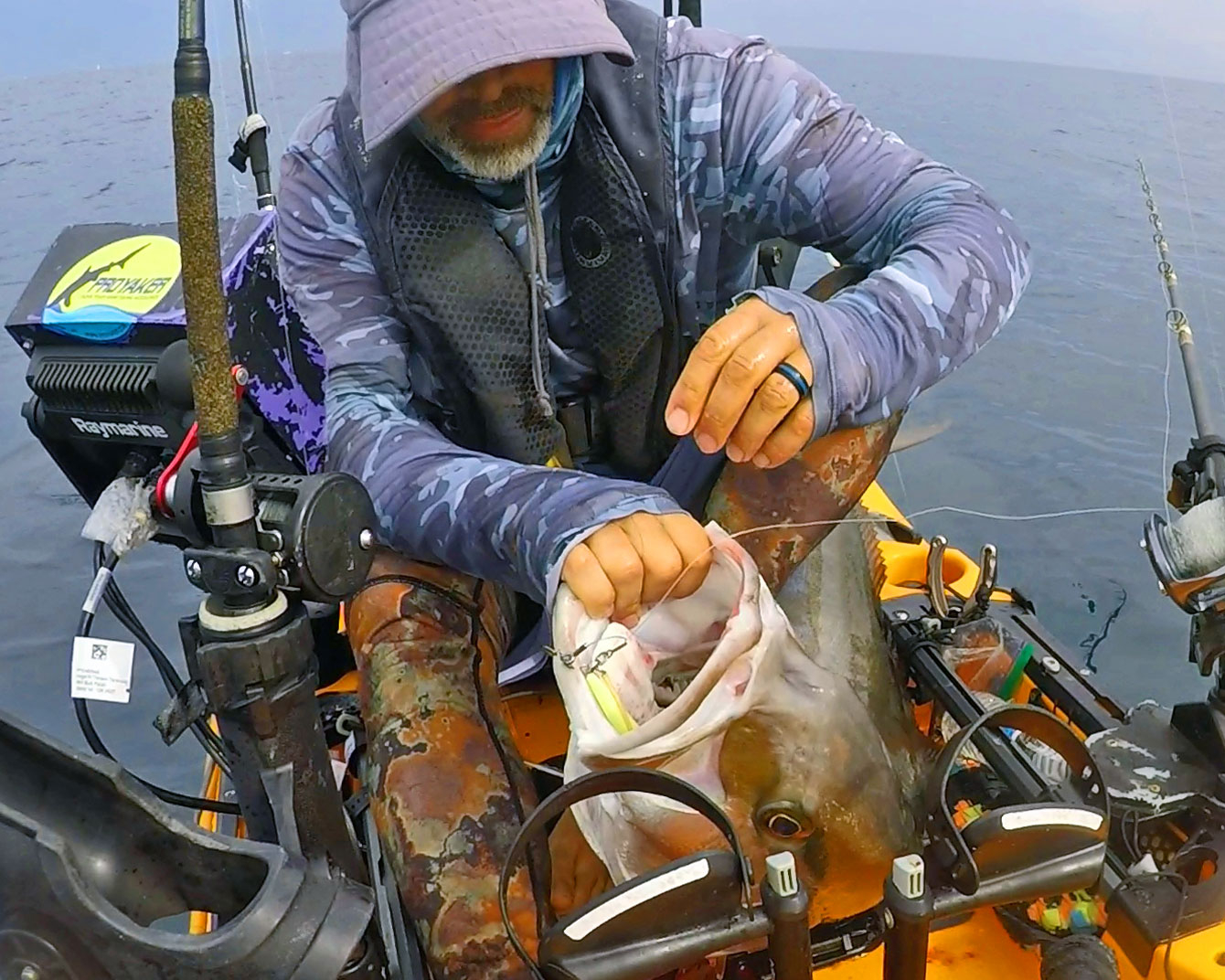 The fish was not going to survive, so this one went home to the smoker instead.
2 · Share on TwitterShare on Facebook