Baby Tarpon on the LMR

Bassin Assassin Posts: 1,309 Officer
January 9 in West Central General Fishing & The Outdoors #1
Launched on the Little Manatee River just after noon today. Wind was blowing hard and water temp was 67 degrees. I got to my first spot and was working a 4" Rip Tide Mullet in Shadflash Shad. Reeling next to some structure on my second cast and my lure got hammered. Set the hook and a baby tarpon explodes out of the water. Get away from the structure and up he comes again. After an incredible aerial display, I slip the net under him. He came in at 27" to the fork. What a beauty and great start to the day. 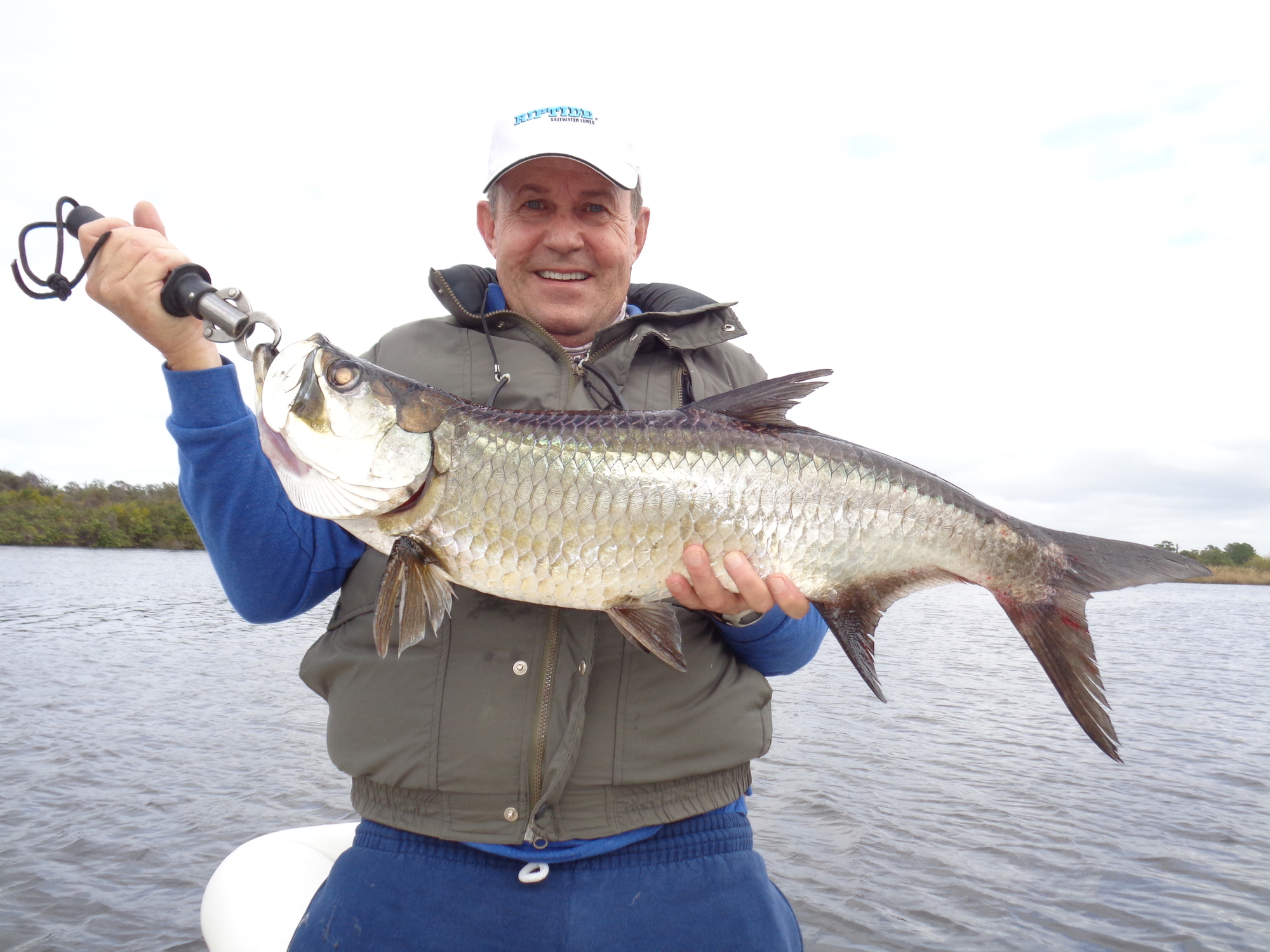 Worked around a bit longer, but no more strikes there. Up river to a favorite back bay. An hour later and all I had to show for my efforts were 3 ladyfish (negative points) and 1 small jack. The wind was roaring and it was a cold wind too. So farther up river to another shallow bay. Finally got back on the board with a dink snook on a 3" RT mullet at 1:58pm. Two minutes later another snook about 16". Another dink at 2:04pm. Another on the next cast. Another dink on the cast after that. They were stacked on a bank that was sheltered from the wind. Did catch one more dinker and worked that bay a bit longer, but no other action.
Back down river to another backwater area. Set the hook on a decent 22 1/2" snook at 2:43pm. Hooked into a small tarpon just 4 minutes later, but he jumped and spit my lure. Caught a small jack at 2:57pm in this same cove. No more luck there so farther down river to another bay. Wind was howling. Worked the windy side, but it was miserable. Over to the calmer side. No action until I connected with a small snook at 3:36 pm. Got out of there.
Water was up so I decided to probe some docks. First dock and nada. Skipped my mullet under the 2nd dock and felt some heaviness. Set the hook at 3:59pm and a tarpon explodes out of the water under the dock and spits my lure. Cast back in. Reeling in and I see a flash of silver and a boil, but the fish did not commit or missed. Back under and out again. A fish strikes. Set the hook and up comes another 20" or so tarpon. Fight him to the boat and he spits the lure again. ****! Is there a school of tarpon under this dock? Lost another small tarpon at 4:08pm. Lose another on the next cast. He was decent. Didn't realize I had loosened my drag and that resulted in another lost tarpon at 4:11pm. No more strikes under that dock. Over to the next one and caught a small snook at 4:16pm. Next cast in there and hook and finally landed a small tarpon. 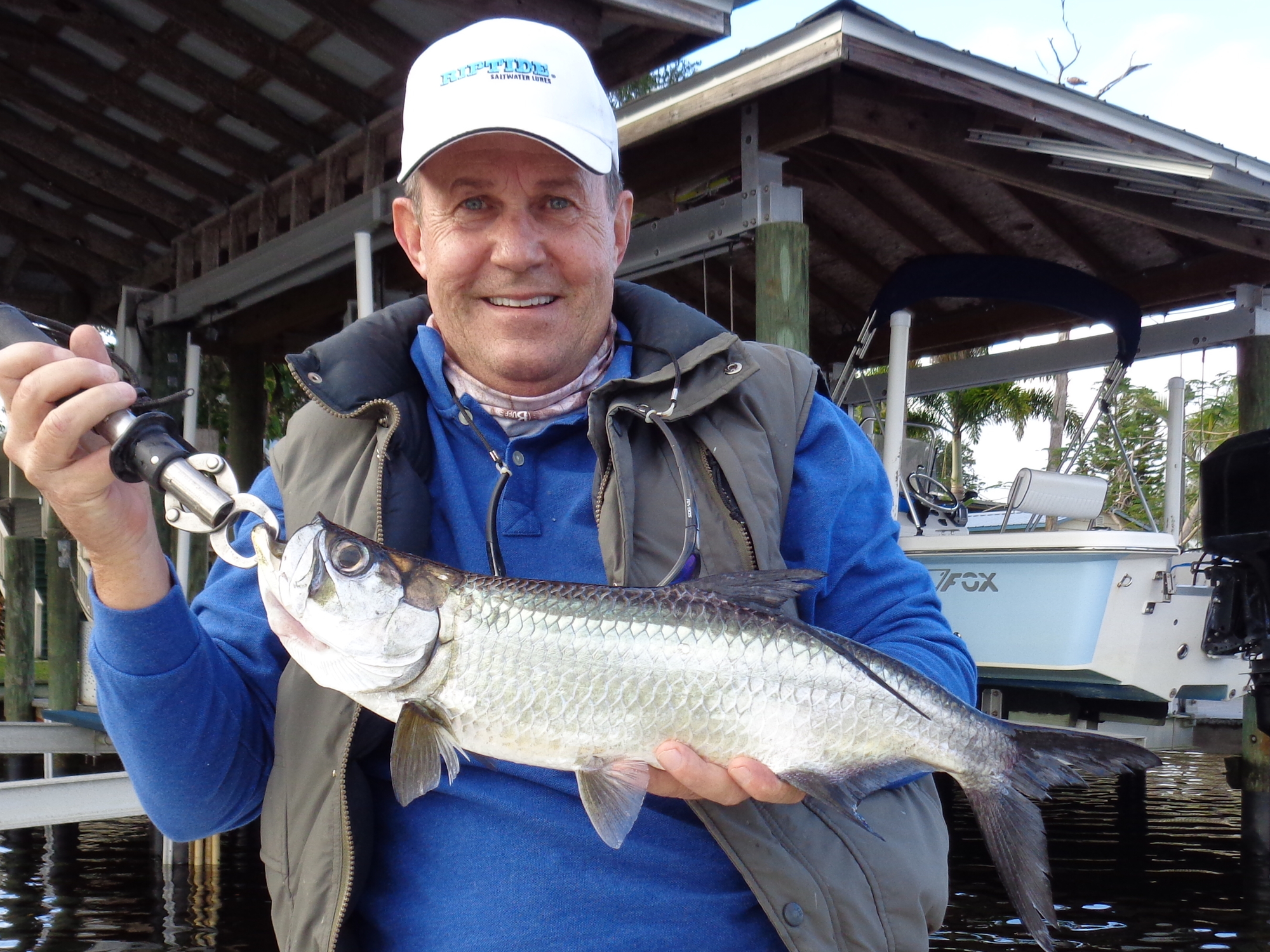 Back to the tarpon dock and landed a decent one at 4:22pm. 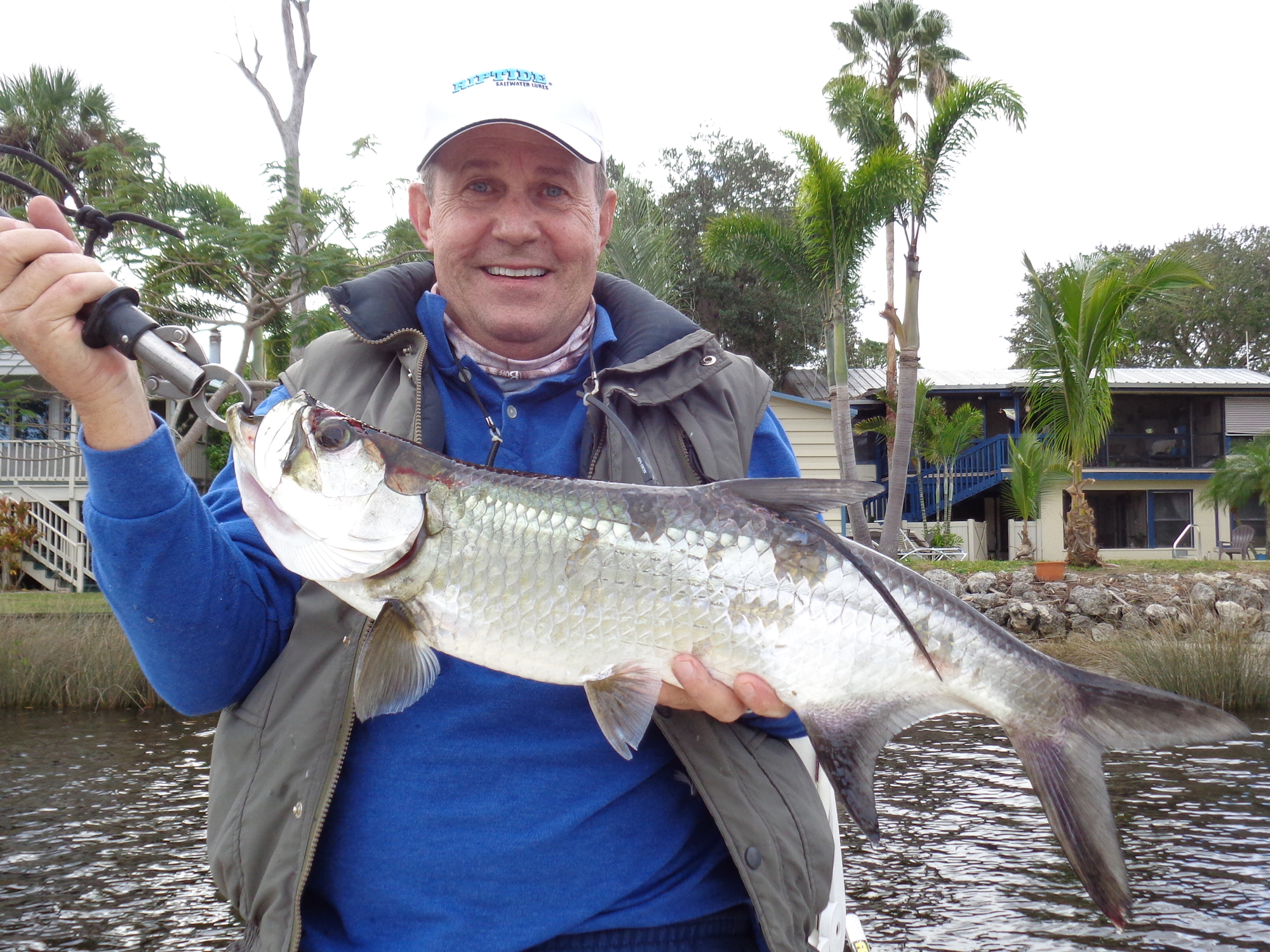 Worked a couple more docks and lost one other tarpon on that stretch. Up to another set of docks and not one strike. By this time it was almost 5:30pm, so I headed for the ramp. It was a pretty incredible day. Never had that much tarpon action in one day. It was pretty cool.
Improve Our Fishery - Practice Catch and Release
6 · Share on TwitterShare on Facebook