The Thanksgiving Holiday weekend provided some nice weather to be thankful for after some wind earlier in the week.  I launched off the beach at 5 am and to my surprise, the bait was very cooperative.  Before the moon set, I had a half dozen google eyes and a pair of nice blue runners. On the way out deeper I trolled a Yozuri Crystal minnow which was struck in 70ft of water before sunrise.  It was a medium-sized tail snagged King Mackerel that came unbuttoned alongside the kayak.  Had I wanted to target Kings, it probably would have been productive to have deployed the live bait shallower, but that was not my objective.   I was hoping to find a full moon bite on the Wahoo.  As I got out deeper, it became apparent that many boaters were out with a similar objective.  Most of the boaters were trolling planners.   A couple of boaters did succeed in posting nice Wahoos on other forms of social media.  My slow trolled live goggle eyes produced Cuban Wahoos, Aka “Great Barracuda”

Fishing on the deeper wrecks was incredibly slow.  Normally I can meter many fish to keep me entertained as I work my jigs through the depths.  Last Sunday there were less fish to meter to work with the lures and bait on.  Every now and then I would meter a good follow on the jig. 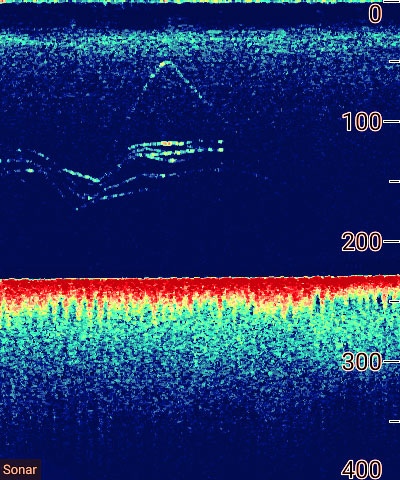 In the above photo, A pack of larger targets swam down to intercept out my lure about 170ft down.  After I noted the swim by, I free spooled the lure at 50ft, hoping to get a more committed response on the sink.  Instances like this are what keep me fishing even when I have not had a strike in over an hour.  It takes just one good fish to make the day/month/season.  The current was under 1 kt Sth all day, and the wind went from calm to under 12kts out of the SE in the afternoon.  The wind contrary to the current made for a bumpy afternoon.  Before I hung it up, I did manage to catch a Little Tunny, Almaco Jack, Amberjack and a spoiler Mutton snapper -- ½” short of keeper size. 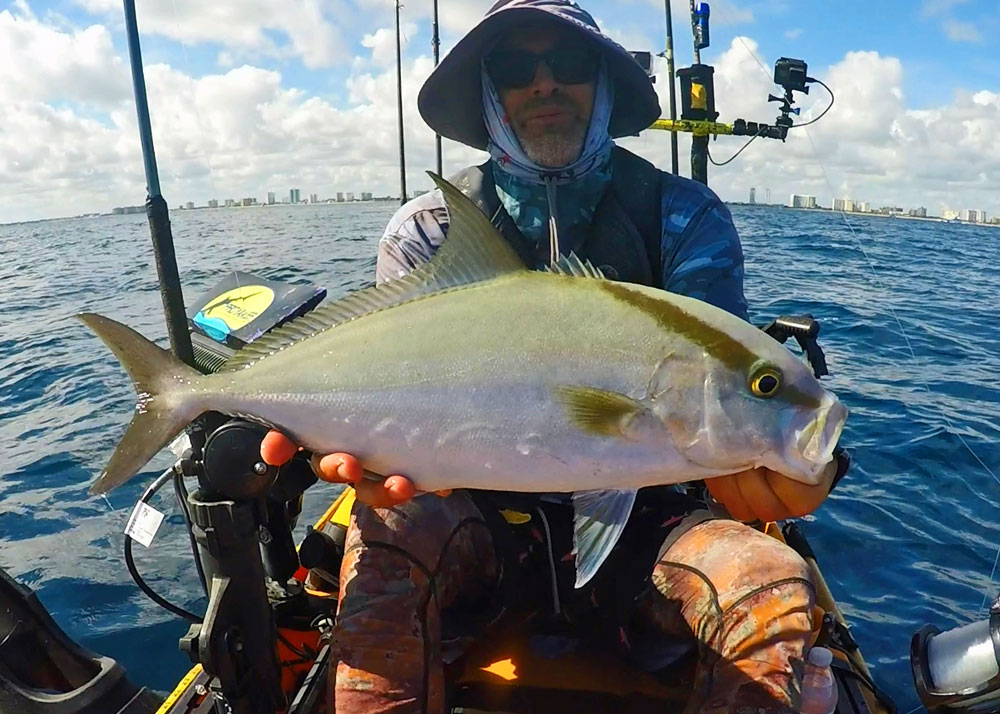 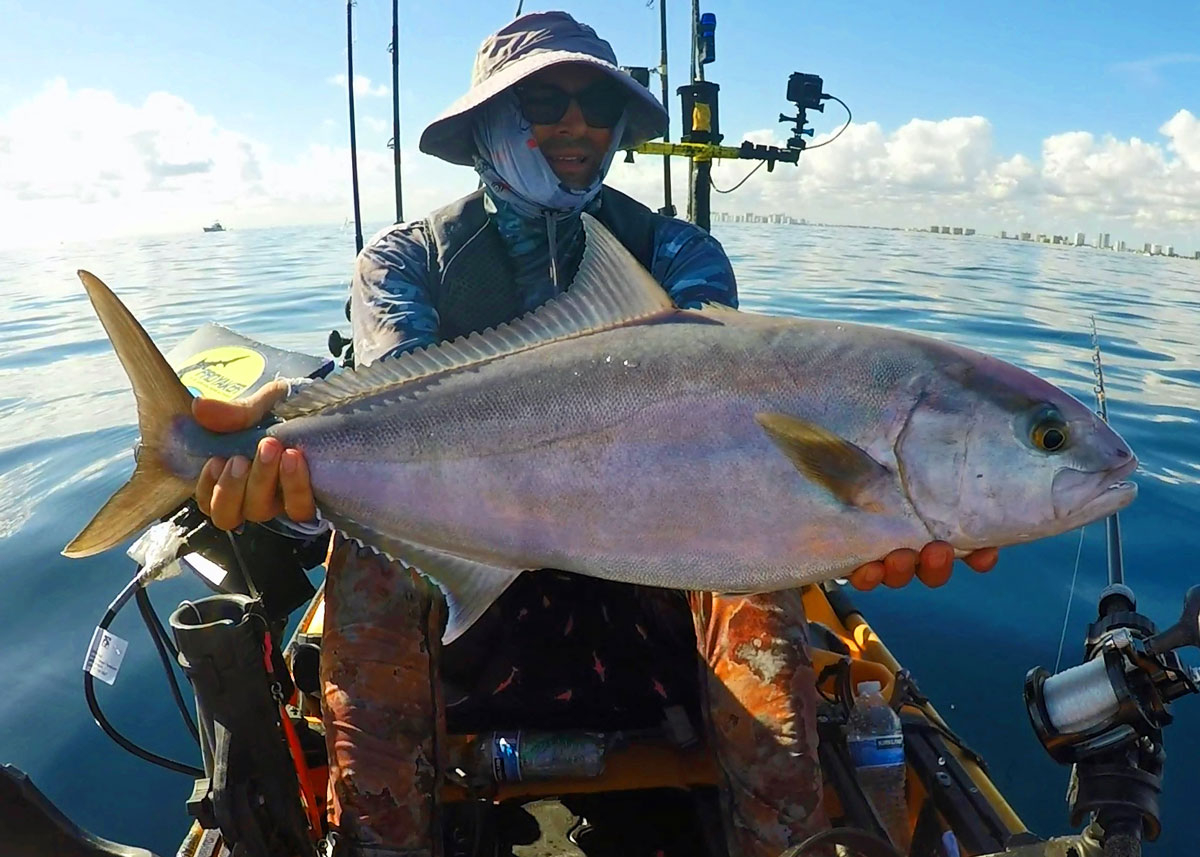 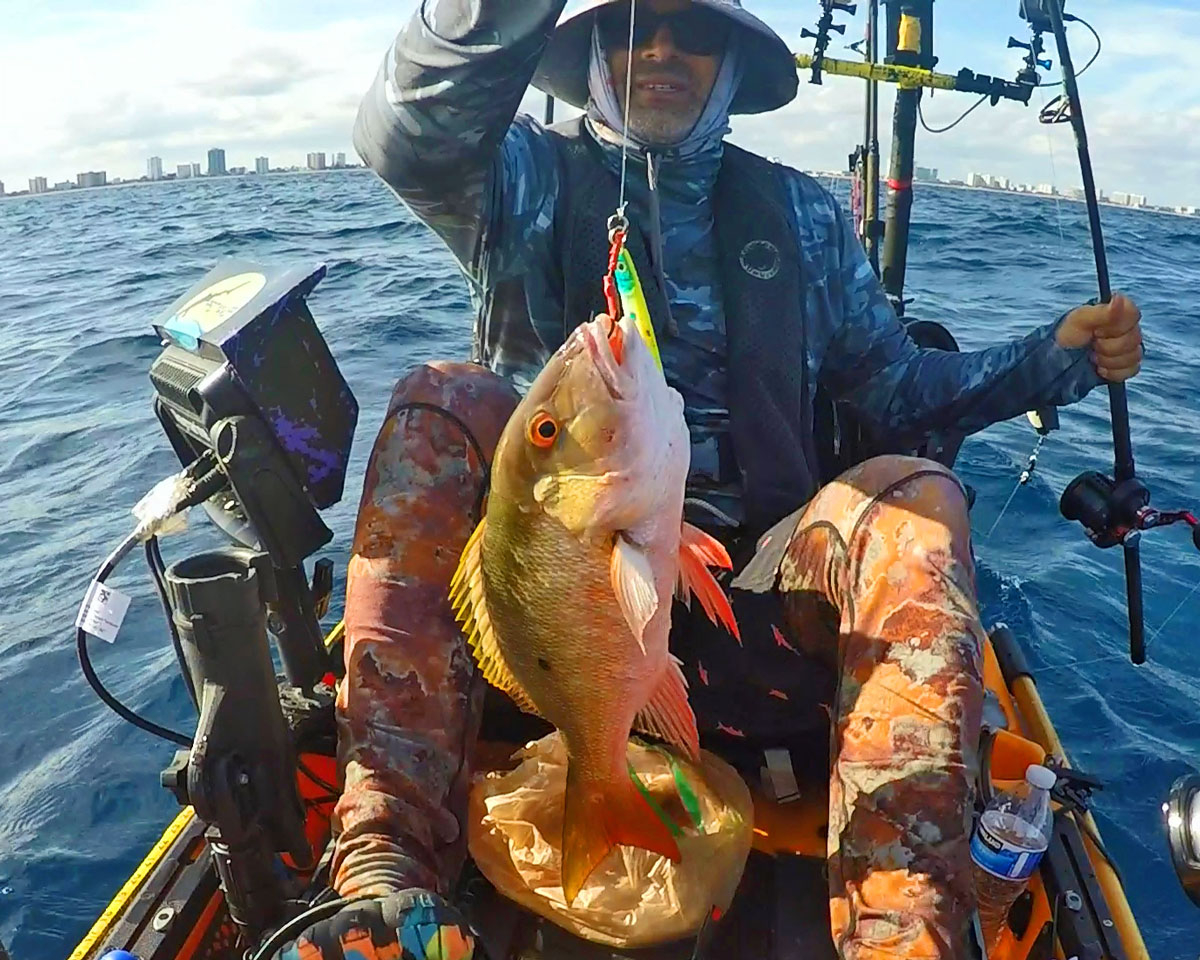 All fish were released.