CaptainBly Posts: 2,573 Captain
November 2020 in West Central General Fishing & The Outdoors #1
So, the year has already been strange enough so what the heck lets throw a November Hurricane/Tropical storm into the mix.  Thankfully I had no damage and hope everyone else fared as well.

So Weather looked like it would clear up for Sunday so I put the usual list of suspects together.  Jeff, Jack, Mark, Burch, and Dawn for a trip.  Did a little bait scouting on Friday afternoon and compared to pre storm, didn't see much of anything.  Went again Saturday morning and put the traps out and again, nothing like pre storm.  I did manage a few dozen of variety baits at Pass a Grill mark but really had to work for them.

Then Saturday afternoon the wifey and I decide to go down to the beach for some lunch and a couple of cocktails.  As we are walking from Corey avenue back towards our car near the toasted monkey we come across an absolutely hammered women with keys in her hand looking for her car.  Well, we couldn't let that happen.  We tried to get her to take an uber but she wouldn't do it.  So we finally offered to take her home.  I got the truck and we got her in.  All I could think of was that she was going to yuke in my car for doing something nice...  But she only lived about 3/4 of a mile away and other than her not being able to figure out which key was hers, we got her home safely.  Hopefully she just passed out and can figure out where her car is on Sunday.

So, I am thinking I have to get some sort of KARMA out of that.  Jack is actually 15 minutes early, ie, arrived when you should arrive, but Jeff was 10 minutes late for departure.  We are heading down 4th street to the boat and at the intersection of 4th and 22nd south right by Chattaways, I happen to notice a car flying east on 22nd and he ain't stopping.  I had the green light so no clue what he was doing.  Fortunately I saw him and locked them up and no harm no foul but it would have been really really bad.  He had to be going at least 50 and had no intention of stopping.

Ok, some of that karma might have just slipped away...

So we load up, get to the traps and they are LOADED.  So we now have a lot of pins, pigs and with what I got the day before we have a decent amount of bait and I brought a LOT of frozen just in case.  Get to the Bay pier and nada.  Get to the gulf pier and bada bing...the bait had come back.  First throw got quite a bit but wanted more.  But they kind of dispersed.  Hunted around and nutted a throw and we were more than good for the day.

Plan was to hit some of our higher relief #'s out by the pipe/mit area since the fish should go to structure during storms.  Well, that worked great except it was all ARS and toothy critters.  Could have kept a 100 legal ARS yesterday.  They are fun but since you can't keep them, after about 45 minutes and only 2 lanes in the box, we decided to move.

Really no boats out there at all.  Only boats really were sitting on TI 2.  It was on the way so I went by there but we didn't even bother stopping.  3 boats were there and I didn't really see them doing much.

So we tried a new # on the pipe.  Show wasn't great but there was a couple feet of rocks and some activity so we throw the jug and put out the Rhodan.  Start chumming and everyone is in.  Almost immediately, ARS start coming up.  Then Burch gets a nice fat red grouper.  So people switch over to grouper gear and it was game on.  We never left that spot.

Now back to the odd part...although Jeff and Jack fish quite a bit, they subscribe to the fishing part not so much the catching part.  But this day, they finally were catching.  The both slapped the grouper around.  I stuck to the snapper and the mangos finally turned on.

Turned out to be a pretty nice day.  The grouper were mostly caught on medium size pinfish.  I couldn't get the mangos to chew the pigfish or the pinfish today.  Most were caught on fresh dead white bait.  For the mangos 3/8 oz jig seemed to be the ticket.  Grouper was the standard grouper fishfinder rig although Jack and Burch both caught them on a 3-4 oz knocker rig.

Tide was really strong north early but chilled out nicely for most of the day and then started to maybe even start to turn south slightly by the time we left.  Water temp was 76-78'ish.  Depth was 93 at the first spot and 104 at the second.

Got some good eats for the week... 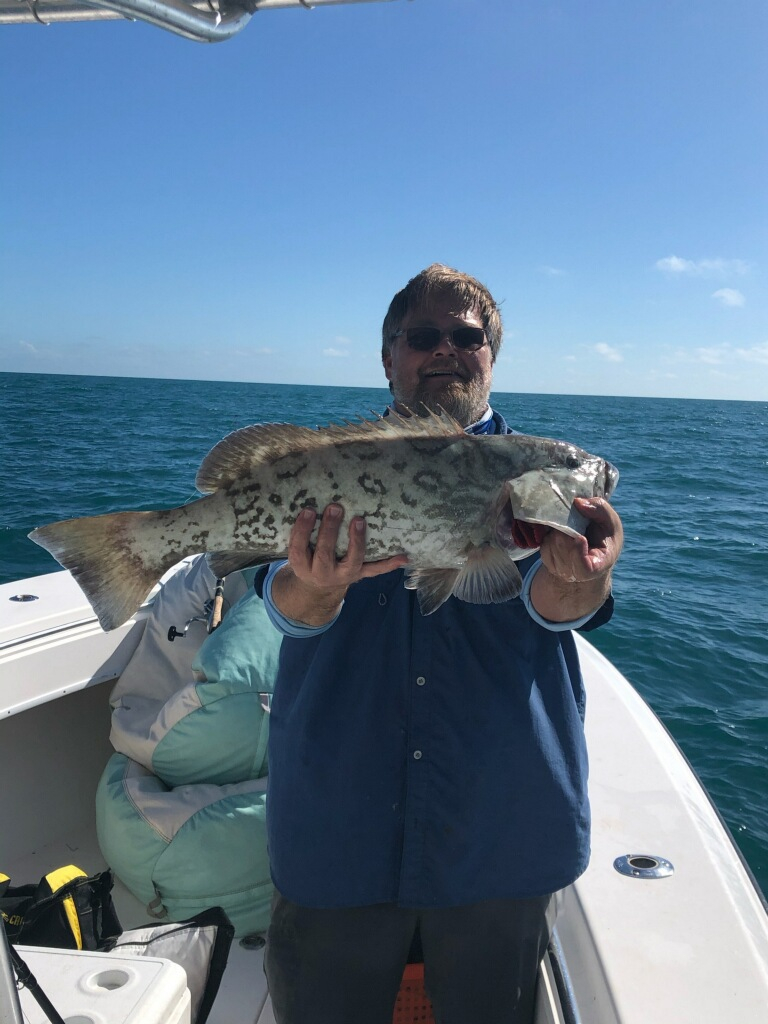 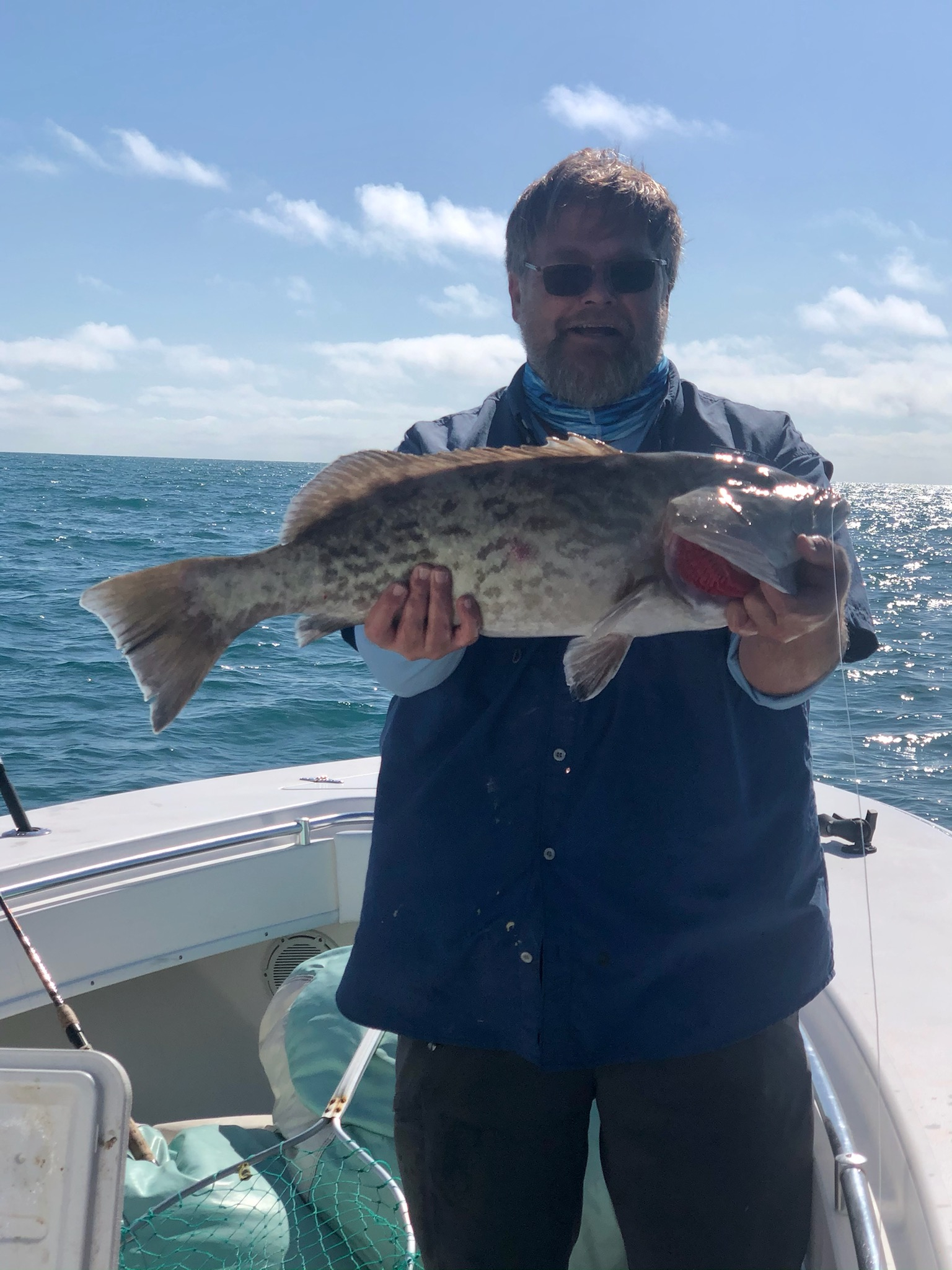 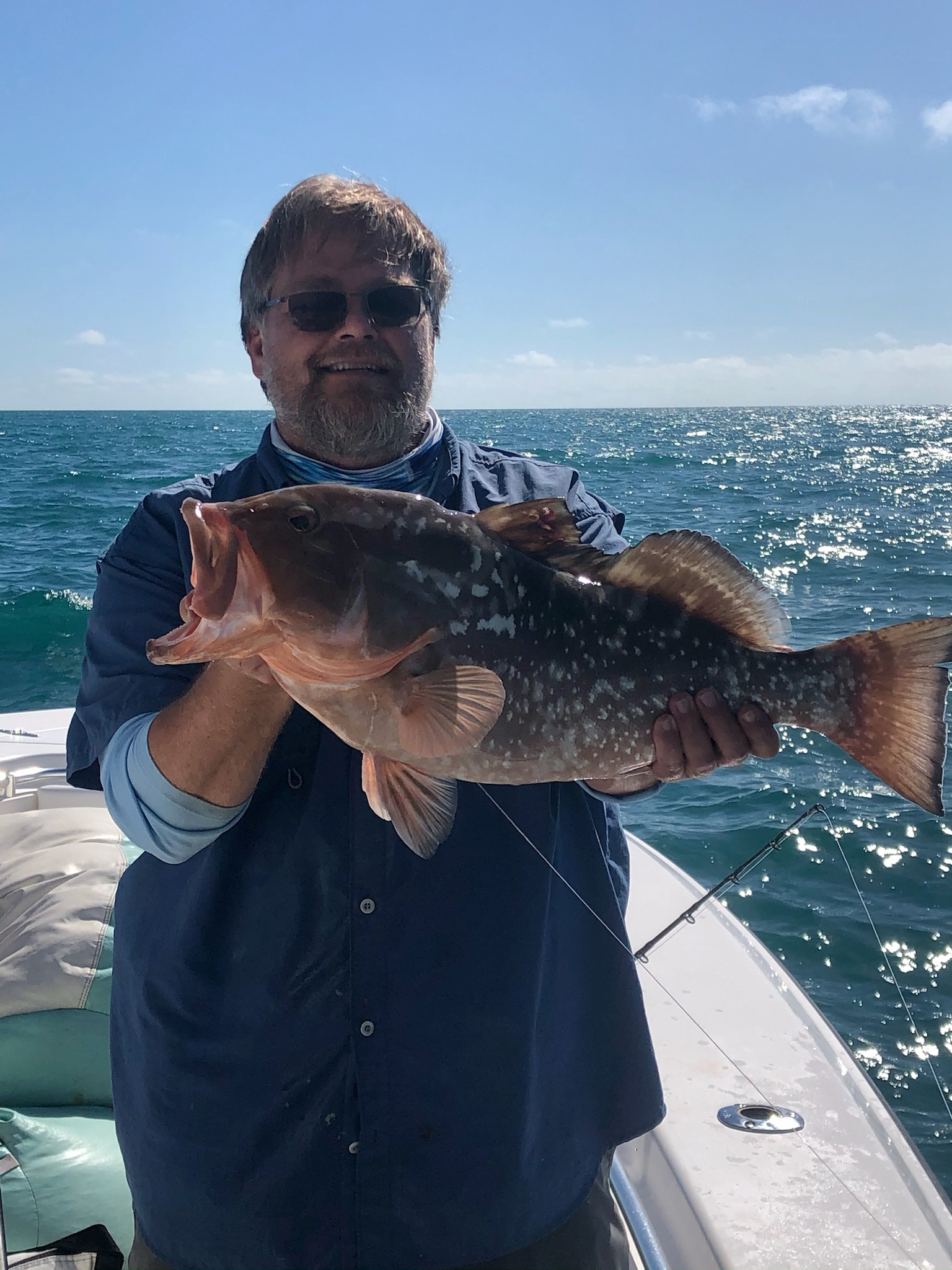 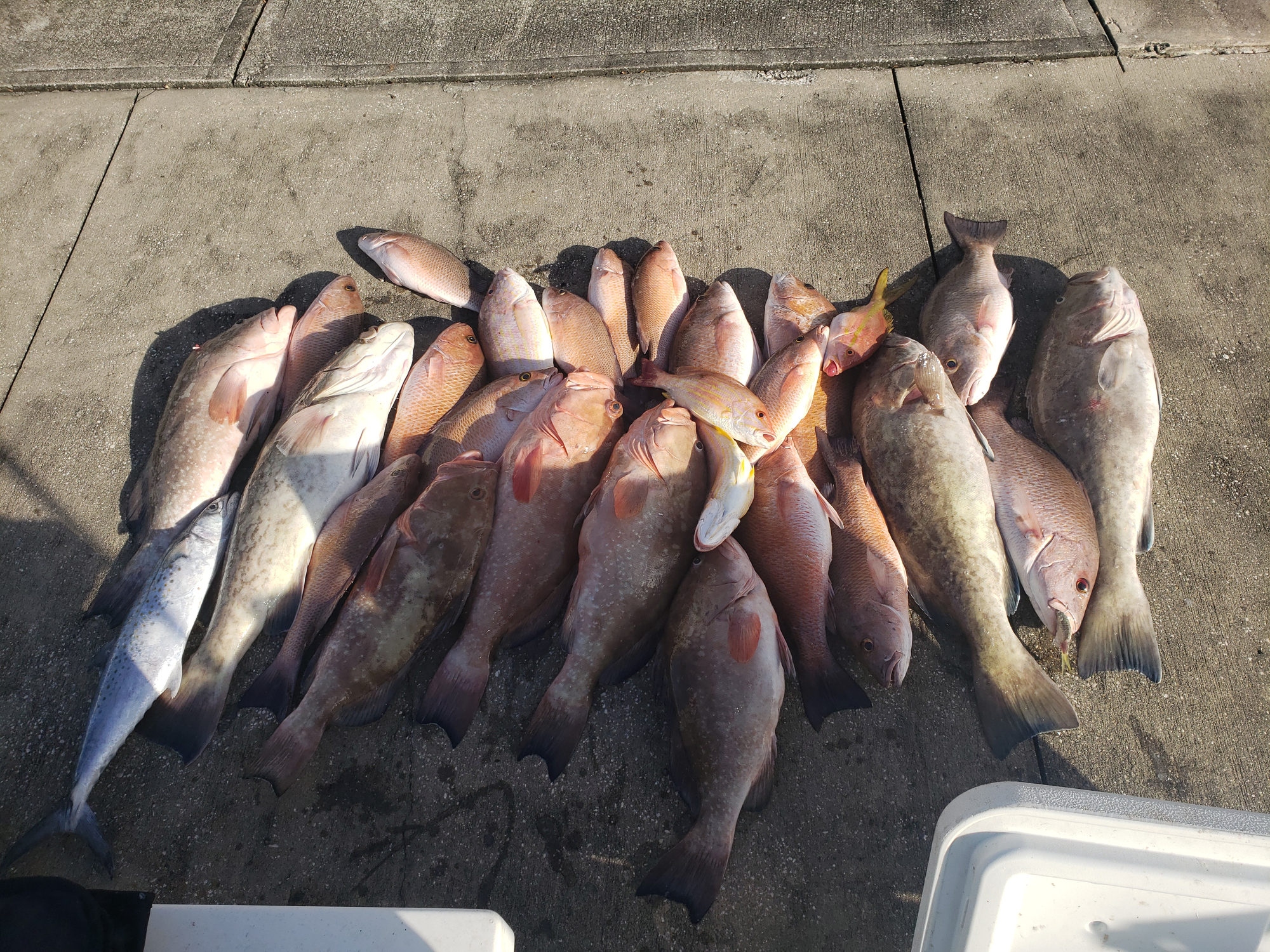