Flounder and a little bit of everything

Morocco_madness Posts: 2,974 Captain
October 2020 edited October 2020 in Northeast Fishing Reports #1
The Flounder bites been decent. The first wave we had a couple of weeks ago was fun while it lasted. We still need a good colder front to push the main wave of Flatties from up river. Hopefully another week or so will produce some cooler weather.
There are still a few spots holding some decent fish though. What's around isn't anything to write home about but if you want a few for the box to feed the family, you can easily produce enough fish with a bit of effort. I'm finding the better bite to be between Blount Island and Downtown Jacksonville. You can also find fish on the residential docks behind Blount Island, as well as the ones on the east end of Fulton Cut. Its nothing like it was but there are some around.
The better bites been on the top of the high tide as well as the first half of the out going. Unless you want tiny Mangrove Snappers driving you up a wall, avoid the lower tides. The lower tides do tend to be good, however, that's more during colder days. When its hot like it is currently, look for depths around 3 to 5 feet.
Time of day definitely plays a factor. Go early or go in the afternoon for the better bite. The last two hours of day light are fire right now. The early afternoon hours are definitely not your friend in this heat. I find the Flounder to be a bit lethargic during the warmest part of the day.
Far as bait goes, you have a lot of options. My go to has always been Gulp Swimming Mullet in Pearl color. I use 1/4oz jig heads in either white or Chartreuse. Some are catching Flounder on Fish Bites as well. One thing I've noticed when fishing with buddies, often times when the Flounder wont hit Gulp, try pairing your Gulp with a spinner bait. The added flash and vibration can turn a dead bite completely around. I've seen it time and time again. I'm not a huge proponent of Spinners due to the clunky nature of the rig as well as the drag the spoon creates, however, in shallower locations, they work remarkably well. Definitely worth a try.
Its not over boys. Let it cool off and we should start seeing some movement again. Get em while you can anyways. after this year, us recreational boys wont be allowed to appreciate the Flounder run anymore.
Next month I'll be filming a Flounder show with Captain Mike Anderson of the Reel Animals fishing show. We'll be going over a lot of pertinent information regarding Flounder fishing in Jacksonville. Migration patterns, biology, rigging, and technique. Should be interesting for those looking to tighten up their Flounder game. We'll be targeting Fall Sheepshead during that period as well.
Here is a link to the last show Capt Mike and I filmed together. Hes a good dude. https://waypointtv.com/reel-animals/2020/8/12/reel-animals-season-14?episode=6&fbclid=IwAR0NmwkCZKLkrNJHSACF-xFcn3c-U5De0XWCduJ5_TgpeJ5xwiovSjDEBVM
There are a few collages with pictures of Reds included with shots of Flounder. Those were all caught on the same trip. Bulls at dawn, followed by morning through afternoon Flounder. The bait in the first pic is a Down South Lures Burner Shad. That particular one is the Green back with silver belly pattern. I pair them with Menhaden Procure for Flounder. 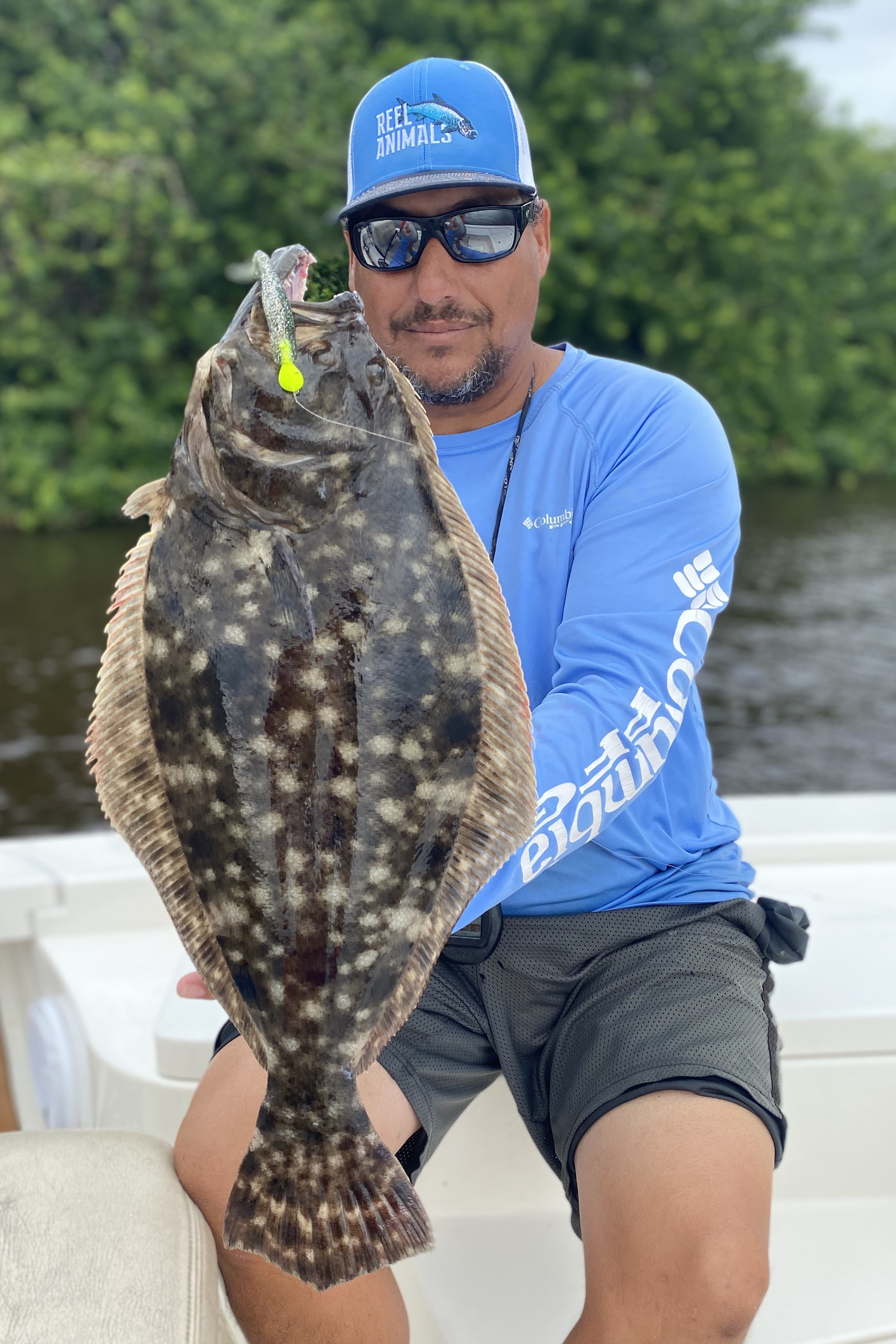 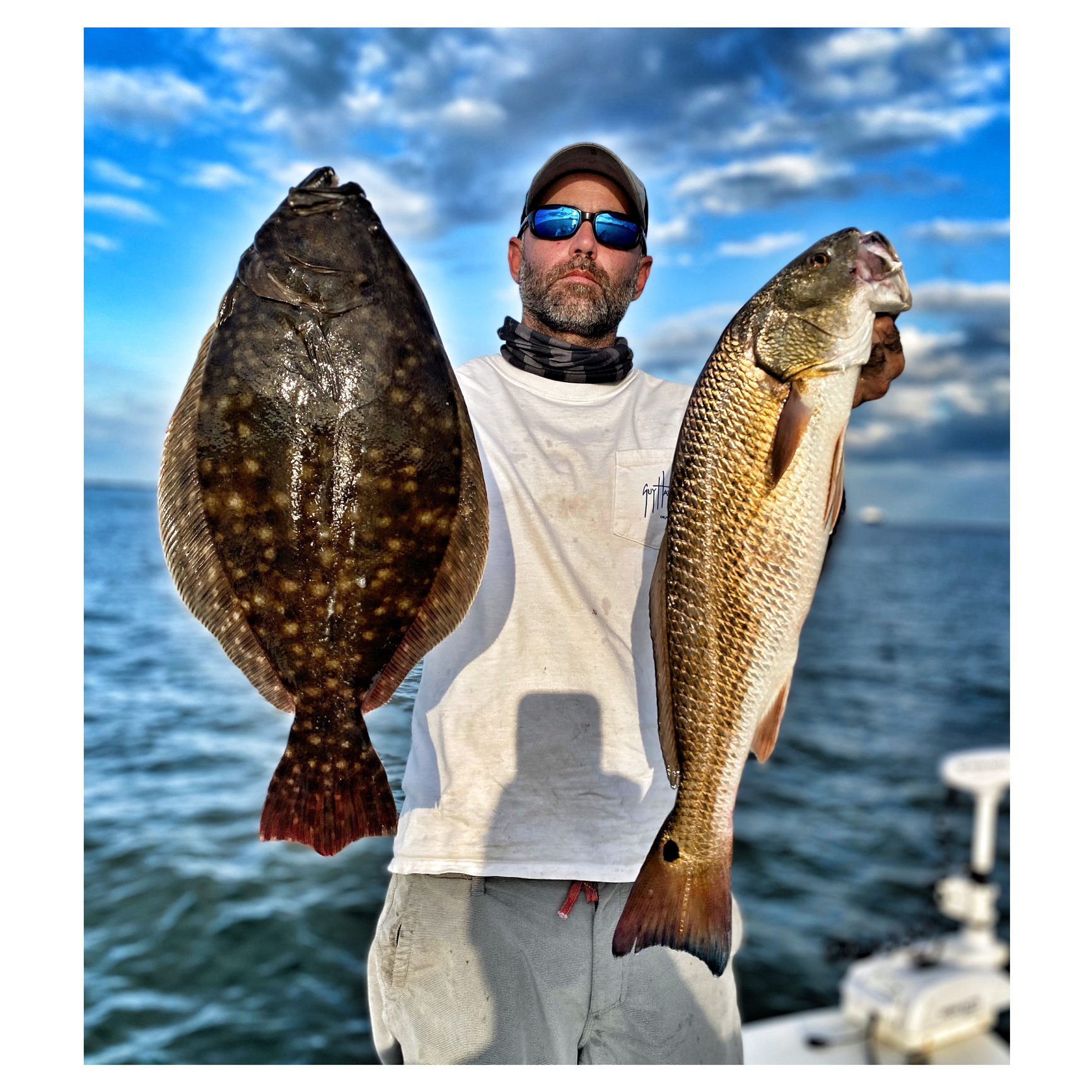 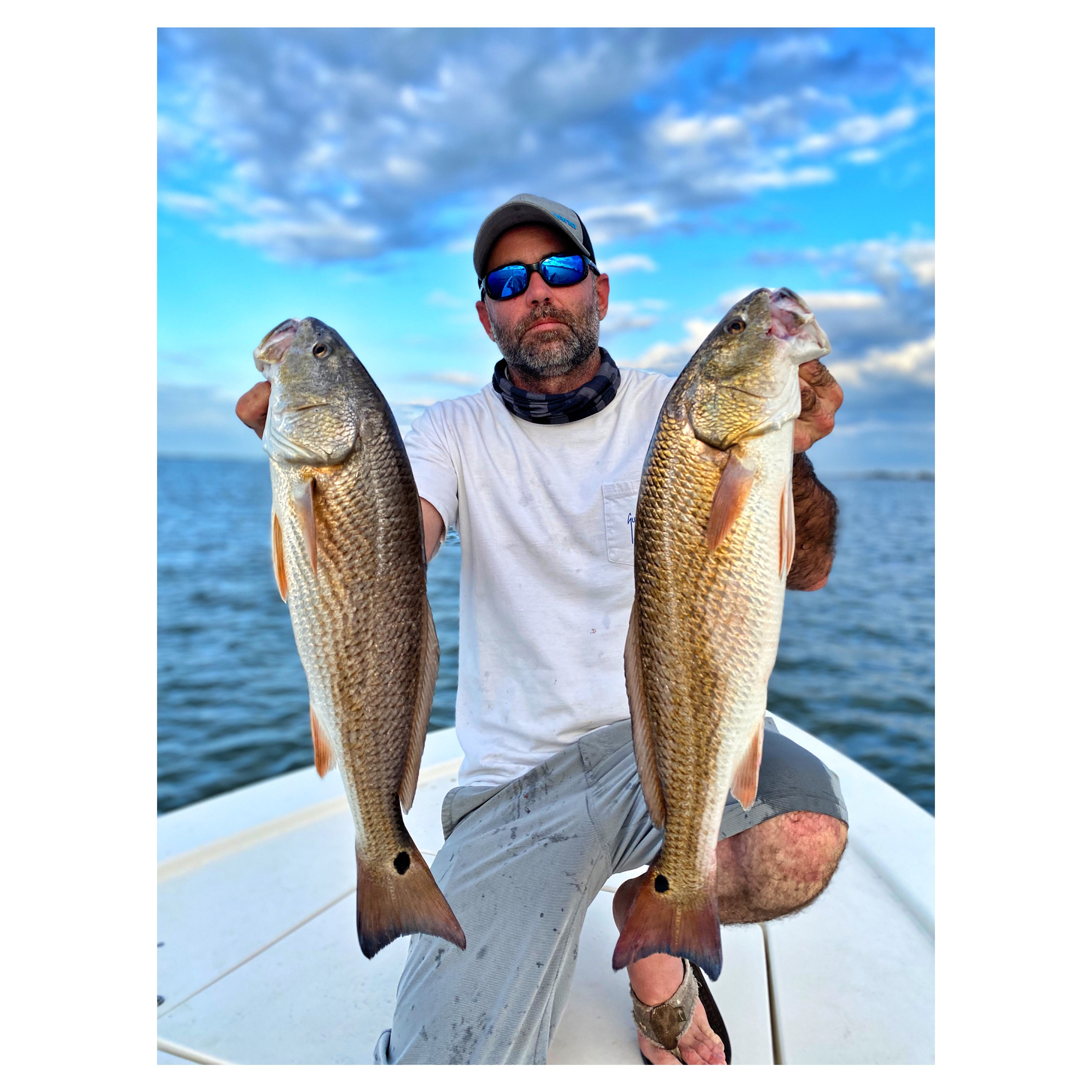 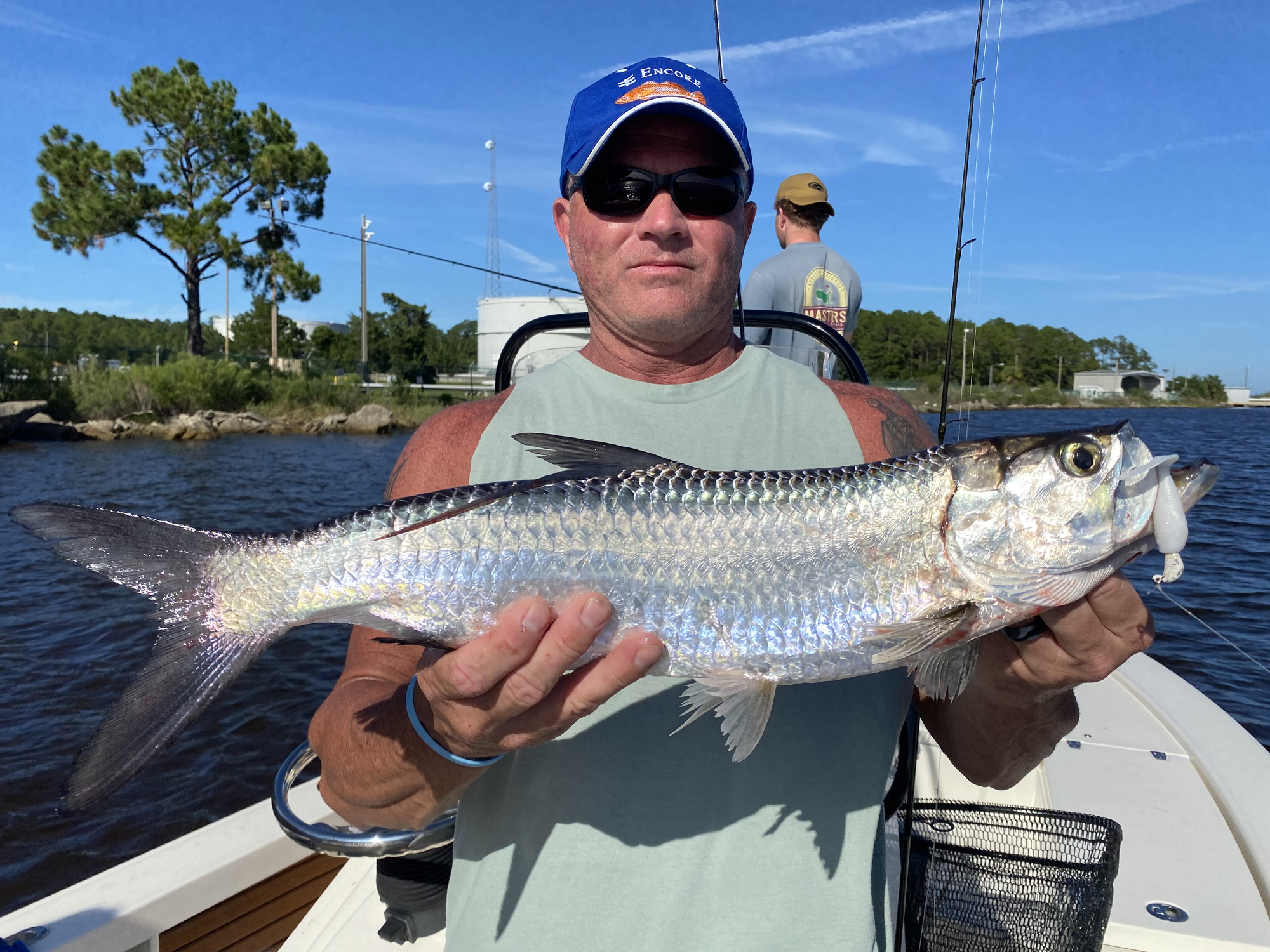 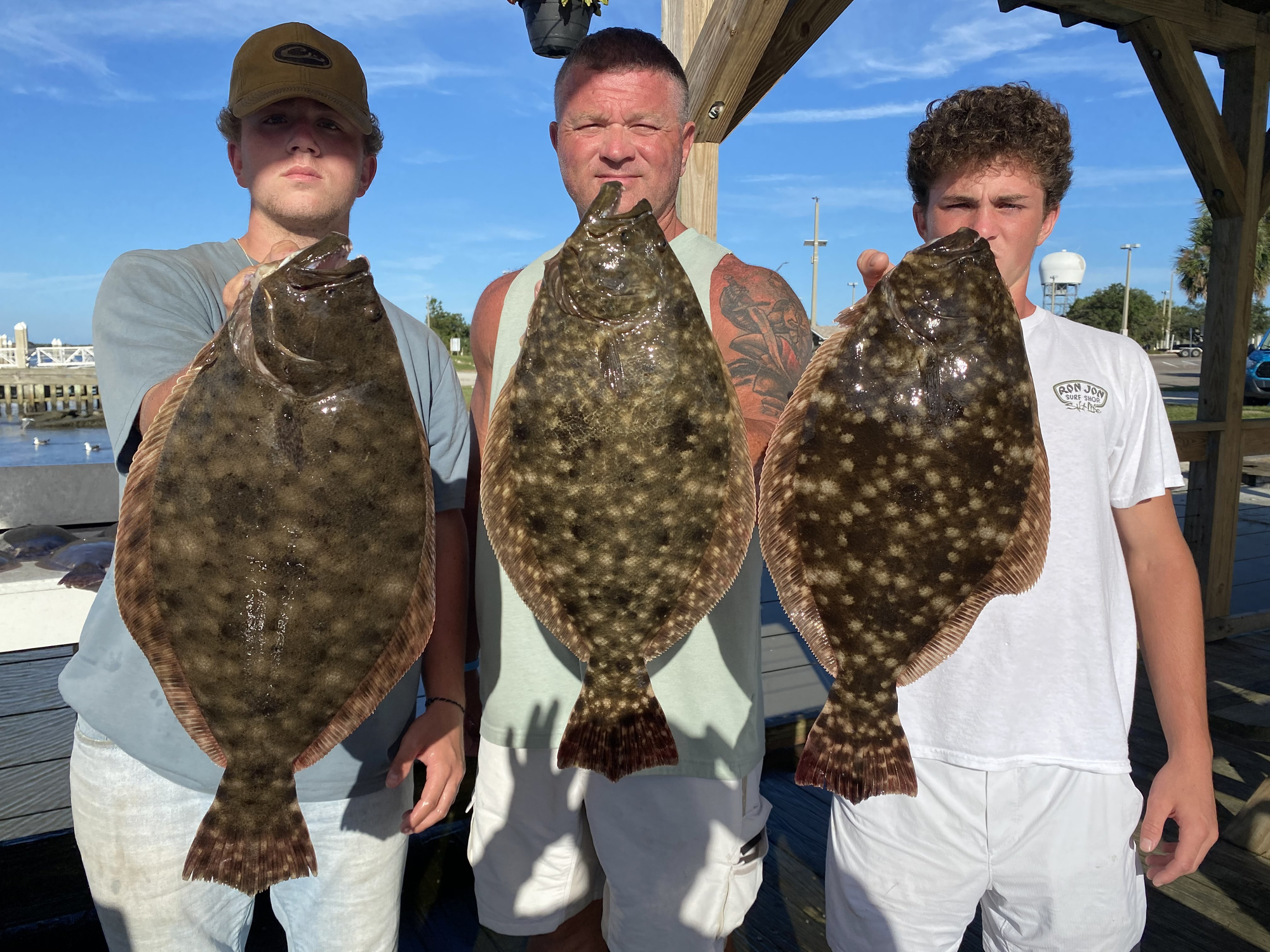 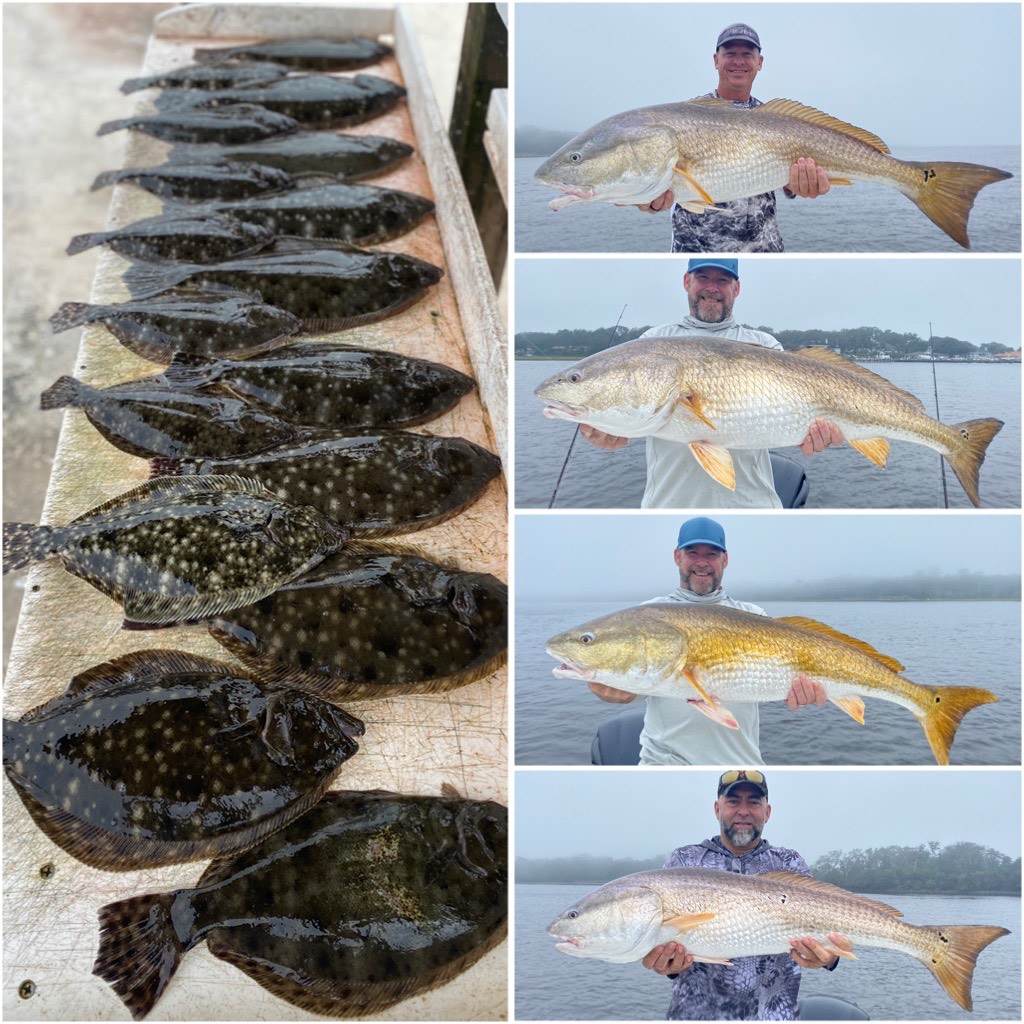 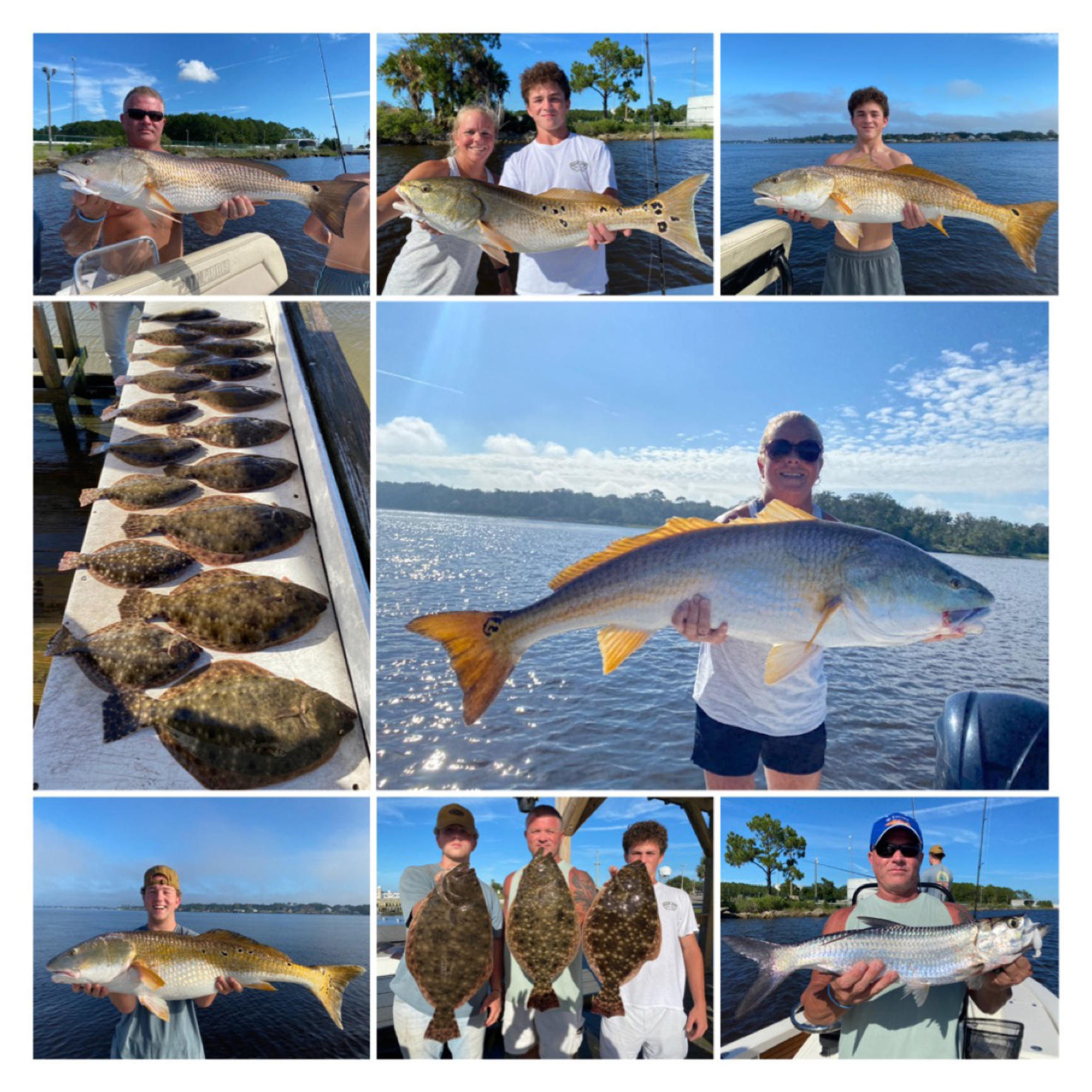 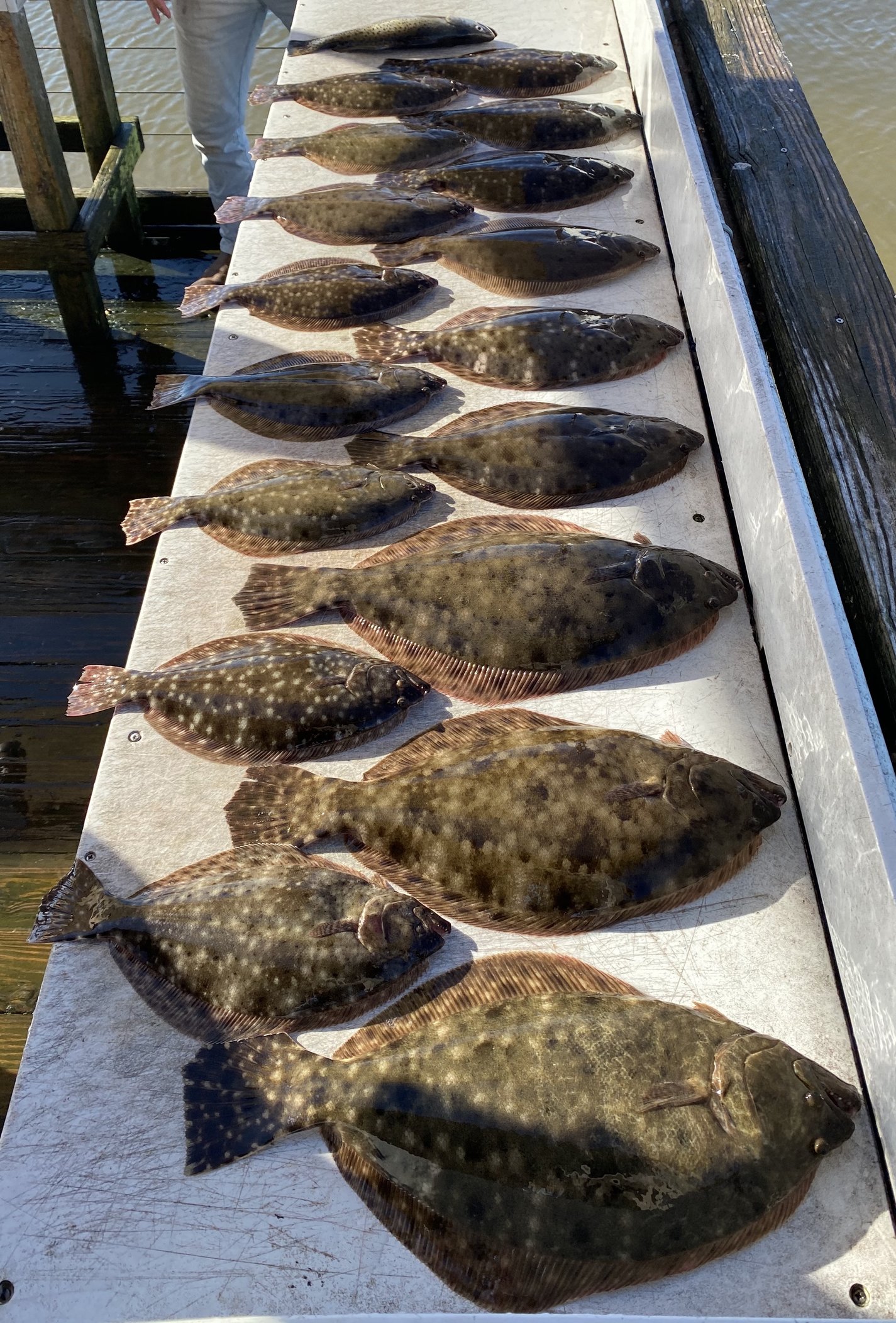 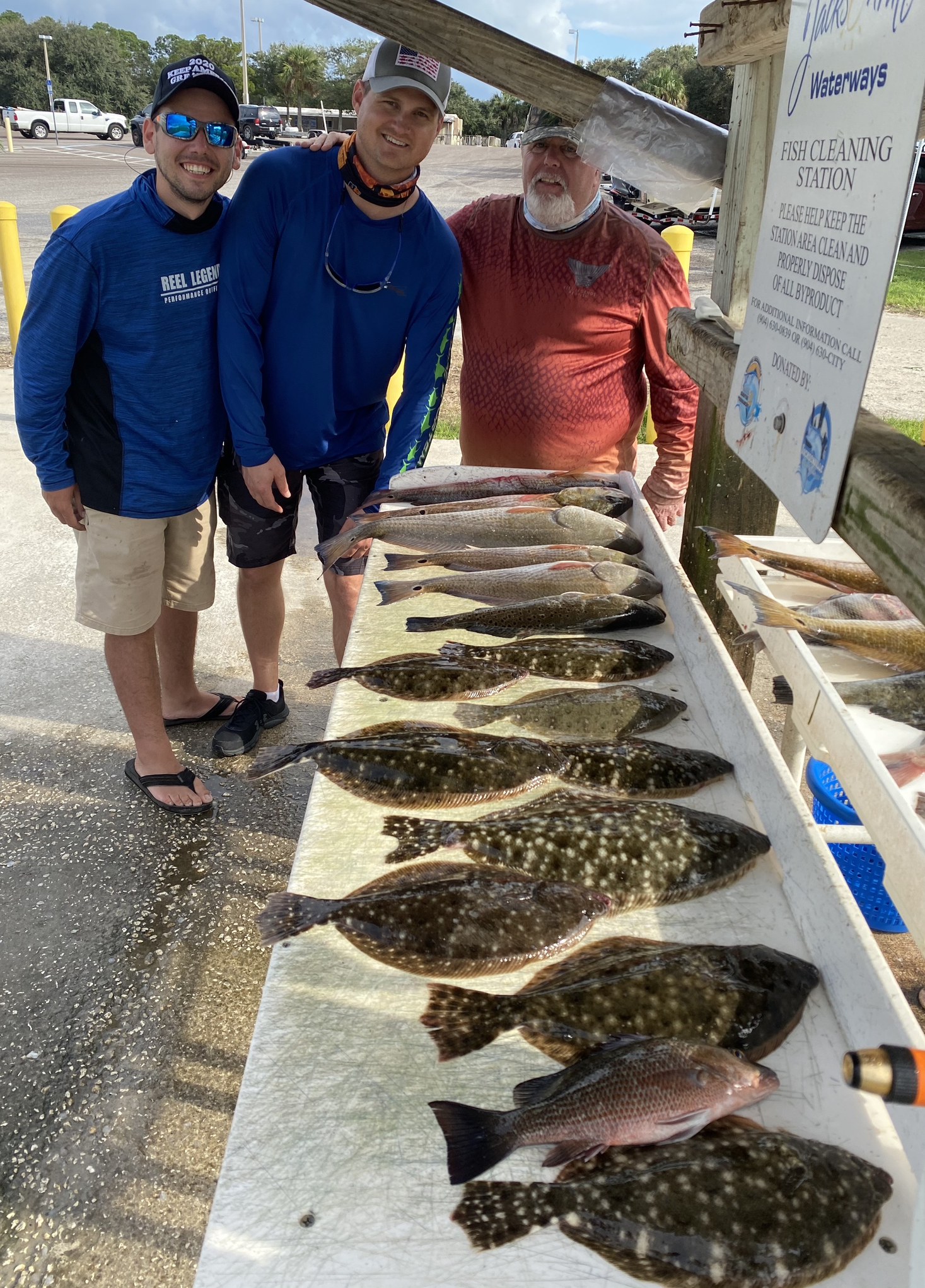 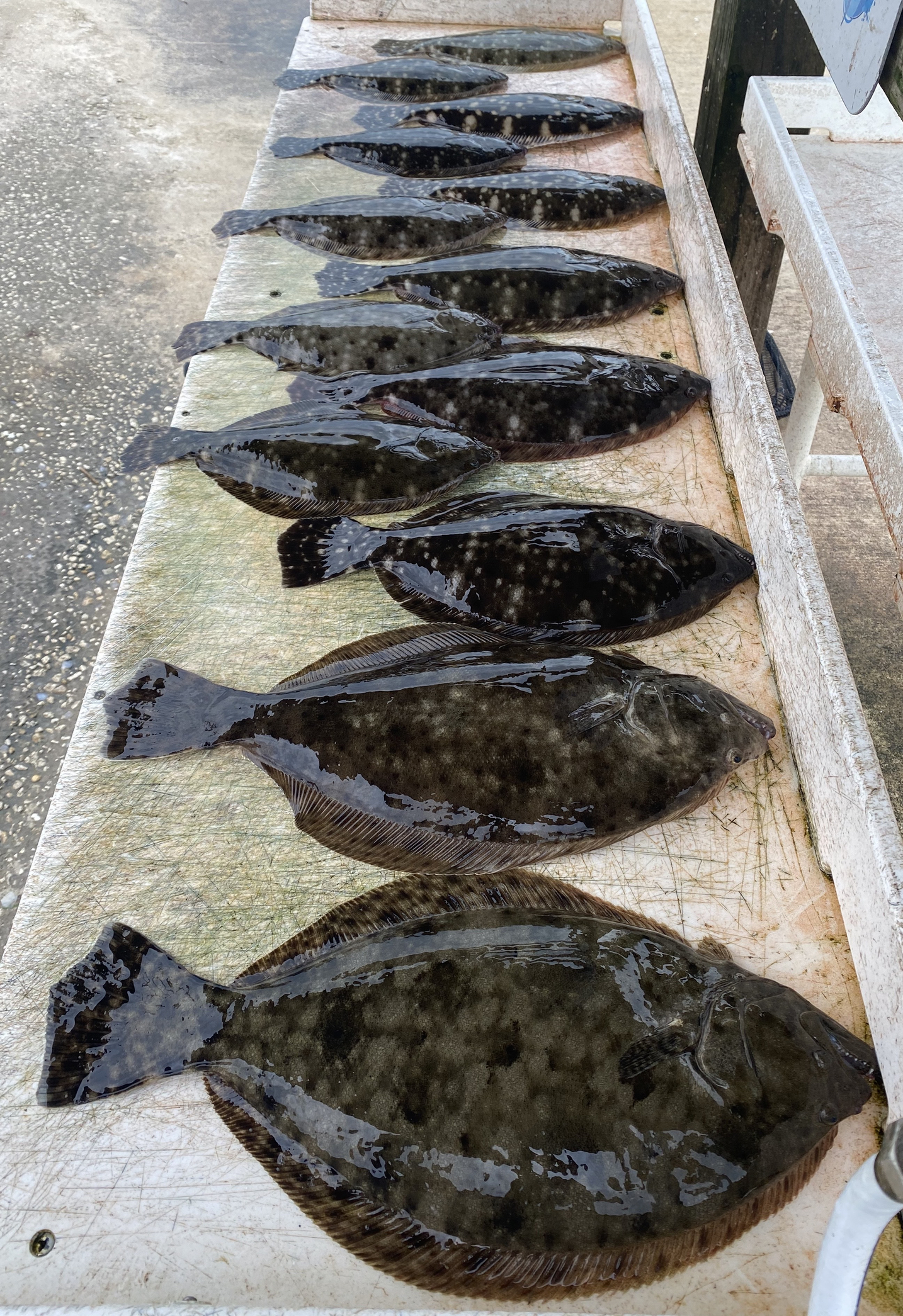 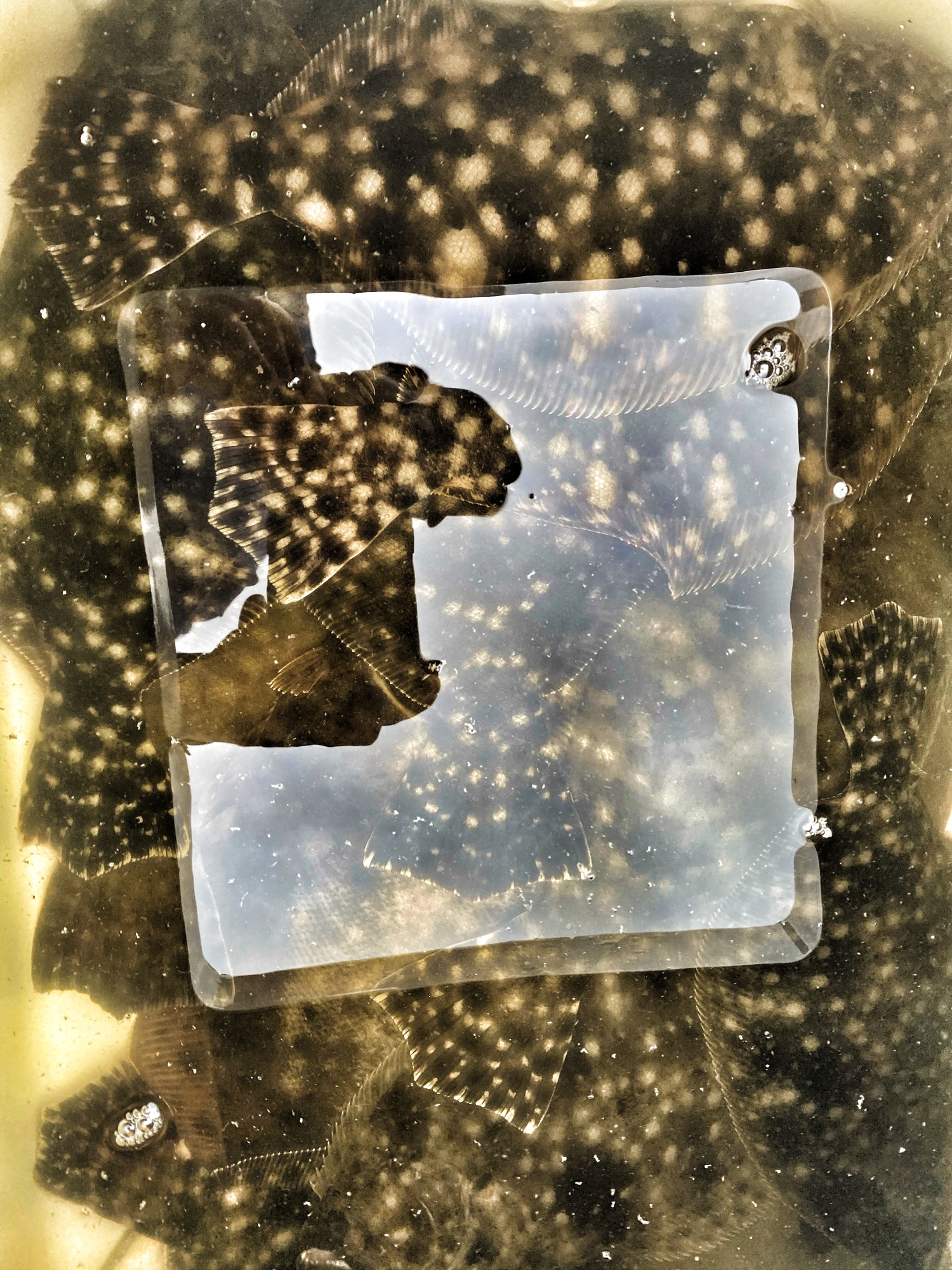 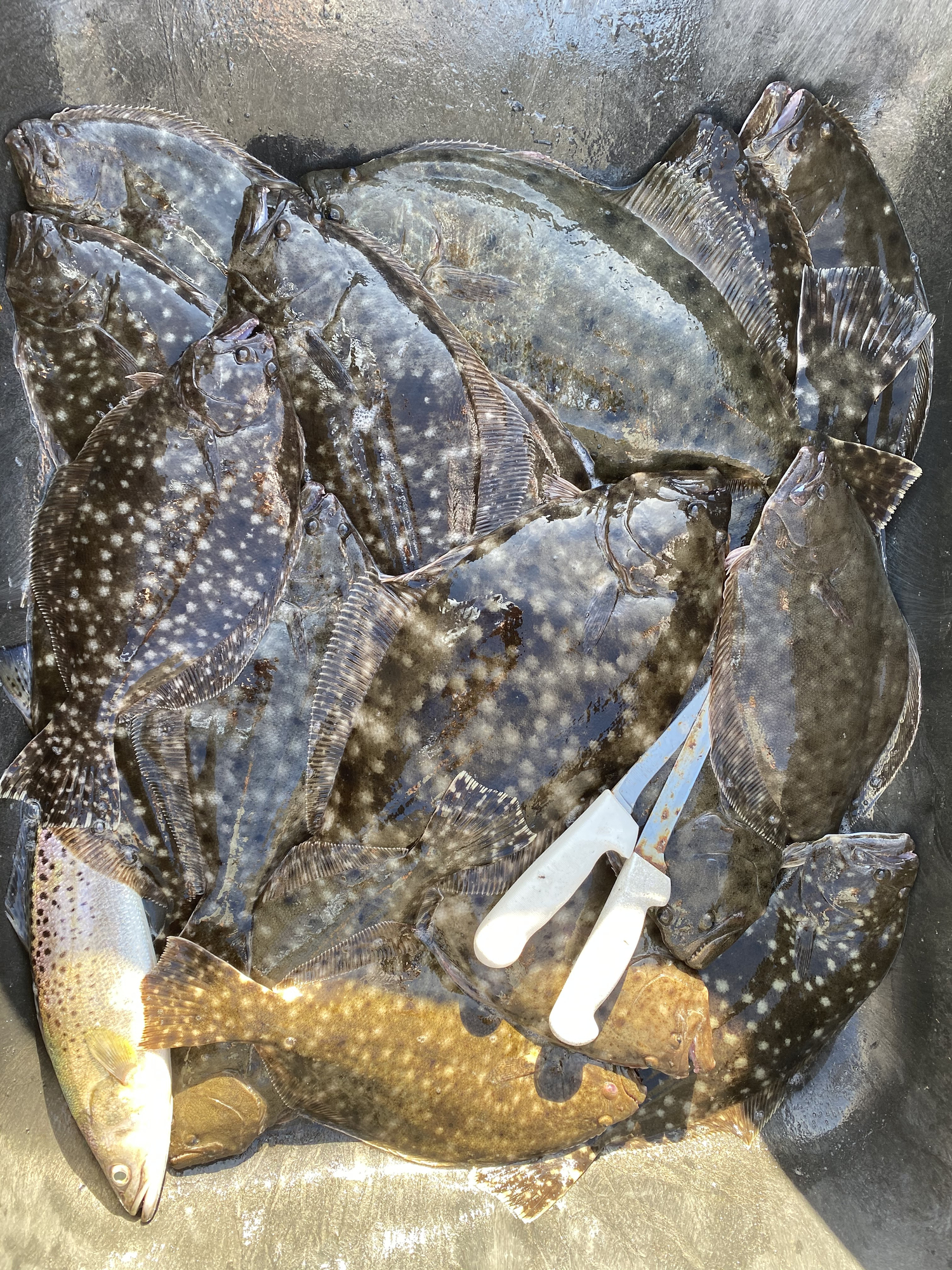 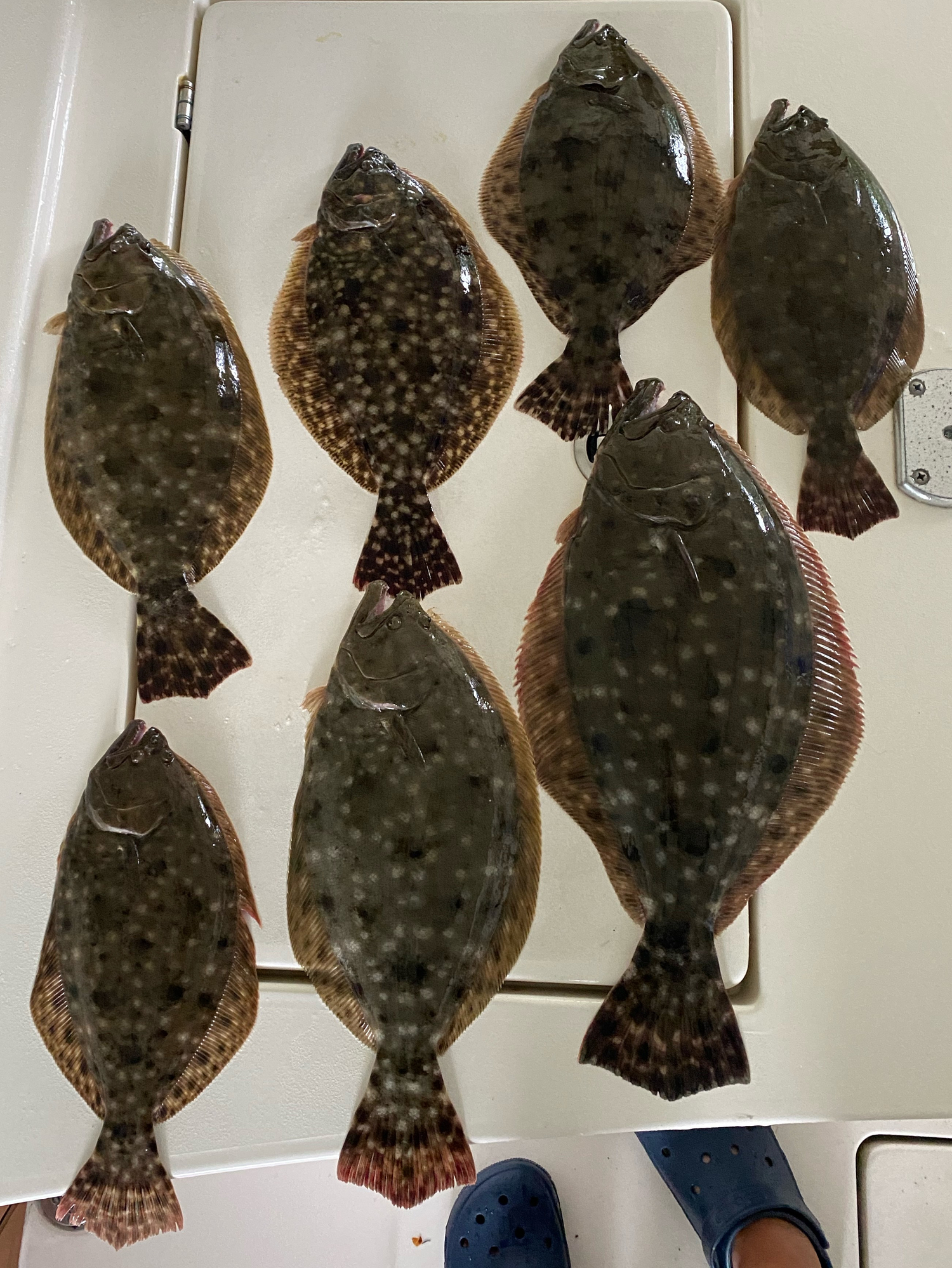